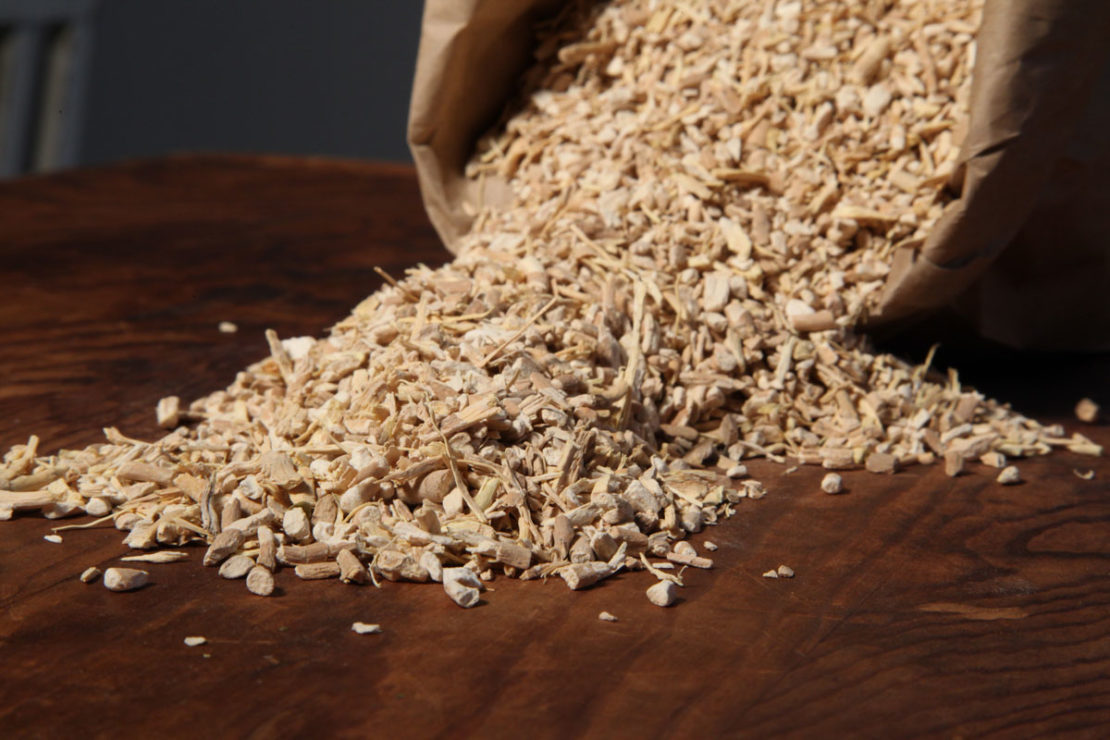 Ashwagandha (Withania somnifera) root is known by a number of names, including Indian ginseng and winter cherry, and its usages are even more plentiful than its aliases.

Ashwagandha has become increasingly popular for its many applications as a tonifying (strengthening) herb and is one of the premier rasayanas, or rejuvenating herbs, in Ayurveda.

This cream-colored root is used as an adaptogen, anti-inflammatory, immunomodulator, antitumor, nervine, mild sedative, analgesic, reproductive tonic, and aphrodisiac. And if that wasn’t enough, ashwagandha may also be useful in regulating and supporting healthy thyroid activity (Pole, 2013) as well.

Ashwagndha is said to provide the stamina of a horse. 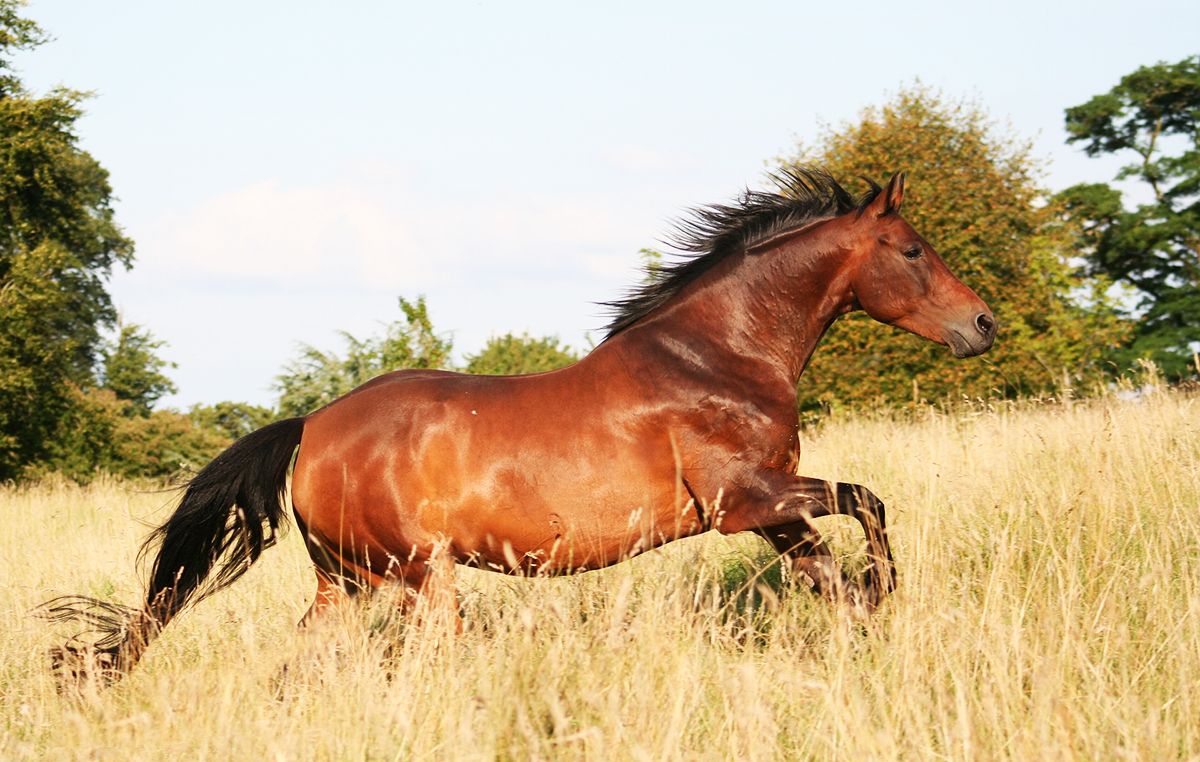 Tracing the origin of  ashwagandha’s name gives us strong clues about its function. Ashwagandha literally translates to “smell of a horse” in Sanskrit. While the fresh fruit has a strong odor that is likened to horse urine, rest assured, the dried root has a mild, if not pleasant, flavor and odor.

Ashwagandha root is somewhat starchy and can easily be mixed into porridges, smoothies, cookies, and even hot cocoa or turmeric milk.

Ashwagandha is generally safe to take in fairly high amounts as the recommended consumption is somewhere between 3 to 9 g per day (Dass, 2013).

In Ayurveda, ashwagandha is one of the chief herbs for any type of vata imbalance, particularly challenges with the nervous system, such as anxiety, worry, insomnia, and overwhelm. Ashwagandha can be very helpful in regulating sleep cycles, but it may take a few weeks to have a noticeable effect. Since it is mildly sedating, ashwagandha is more helpful for long-term nervous system support and rejuvenation versus acting as a quick sedative. Interestingly enough, somnifera means sleep-inducing, so given time, this strength-imbuing root can definitely support long-term sleep satisfaction (Groves, 2016).

On a personal note, when I experience sleep challenges such as insomnia, I take ashwagandha in rather large amounts (several grams per day) with no ill effects, and it definitely helps me get back on track with a healthy sleep cycle.

The Energetics of Ashwagandha 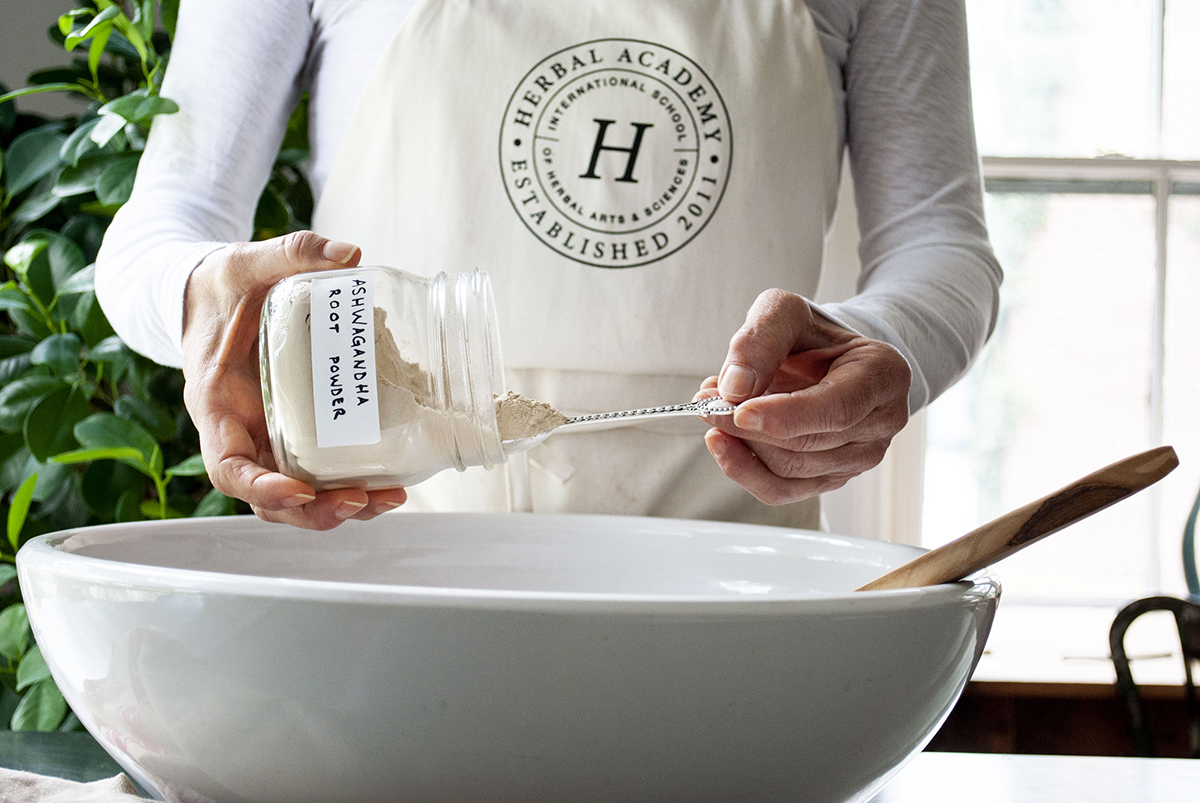 The term rasa indicates the initial taste of an herb. Virya describes whether an herb is cool, warm, or hot. Vipaka connotes the post-digestive effect, meaning the lingering effect that an herb has on the body after ingestion. A sweet vipaka indicates a nourishing effect. So, ashwagandha’s warm, nourishing, and grounding nature makes it ideal for vata types, who tend to run cold and may be prone to wasting, fatigue, and nervousness.

However, ashwagandha can also be used for other doshic types (i.e. pitta or kapha) but certain measures may need to be taken. For those with a warm constitution, ashwagandha can be combined with cooling herbs, such as licorice (Glycyrrhiza glabra) root, fennel (Foeniculum vulgare) seeds, or shatavari (Asparagus racemosus) root. Also, caution should be used if the individual shows signs of sluggish digestion, as ashwagandha, like most heavy, rejuvenating herbs can burden the digestive system if one’s agni (digestive fire) is weak. In that case, ashwagandha could be taken in smaller amounts and combined with a warming digestive, such as ginger (Zingiber officinale) rhizome.

Ashwagandha is also an important herb for those practicing yoga and meditation, as it is considered sattvic, or pure in energy. Though reputed for its libido-boosting power, ashwagandha is used by yogis to transform sexual energy into ojas, a refined, subtle energy that gives rise to a sense of peace, contentment, well-being, and resiliency (Dass, 2013).

In addition to supporting the nervous system and mind, ashwagandha has a special connection to muscle tissue, called mamsa dhatu in Ayurveda. 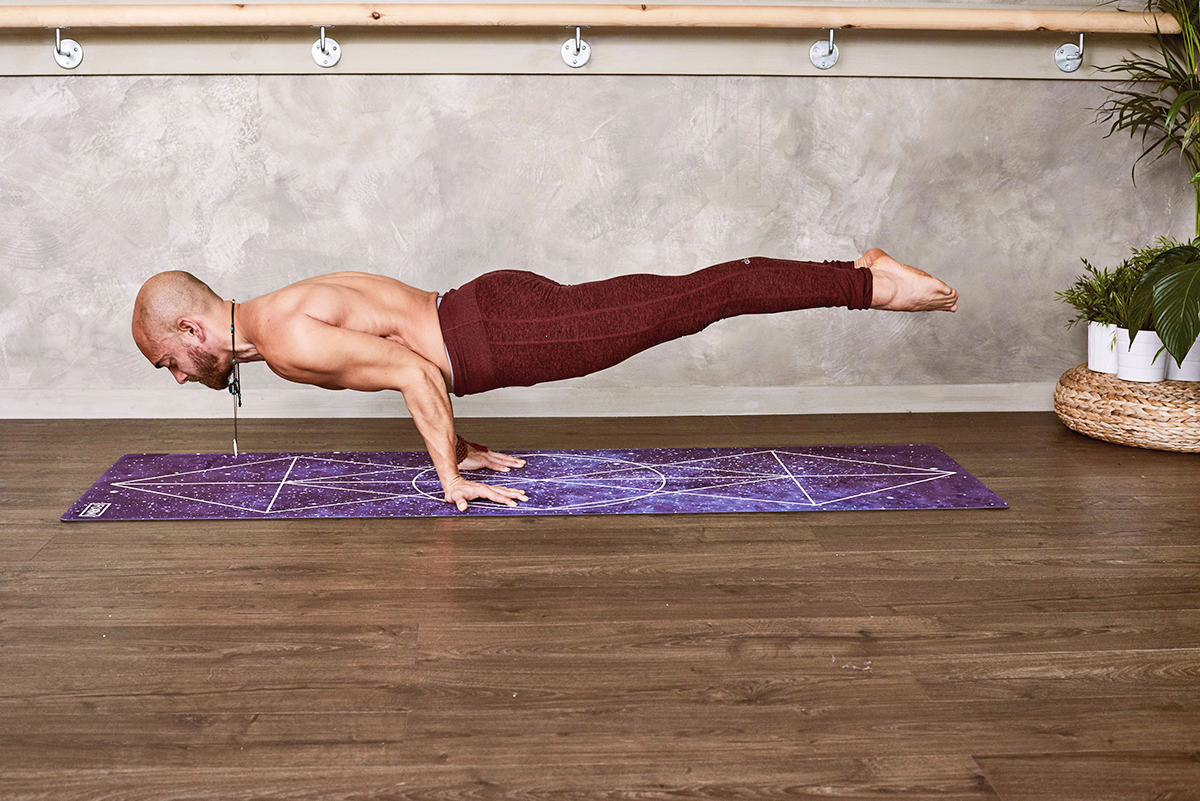 Ashwagandha is a muscle tonic that benefits all muscles in the body. This means that it is useful for strengthening and repairing heart, uterus, lung, and skeletal muscles alike (Pole, 2013). Due to its supportive effects on the muscular system, ashwagandha is becoming more popular amongst athletes and those wishing to enhance their physical performance. Ashwagandha can also be helpful for those suffering from muscular atrophy, due to its special properties as a muscle tonic.

Furthermore, ashwagandha can be quite helpful in cases of respiratory spasms and weakness that are common in conditions such as asthma, wheezing, and bronchial spasms. In addition, it is considered to be an immunomodulator, meaning that it helps to regulate the immune response, which is helpful in cases of autoimmune disease (Dass, 2013).

Ashwagandha may be taken as a capsule, infused ghee, tincture, or dried powder. It is fairly inexpensive to purchase ashwagandha in bulk as a dried powder, so it is easy enough to keep on hand and incorporate into foods and beverages.

Another way to enjoy ashwagandha is by ading the powder to food. This simple recipe, adapted from Body Into Balance by Maria Noel Groves, is a delightful and easy way to enjoy the benefits of ashwagandha. 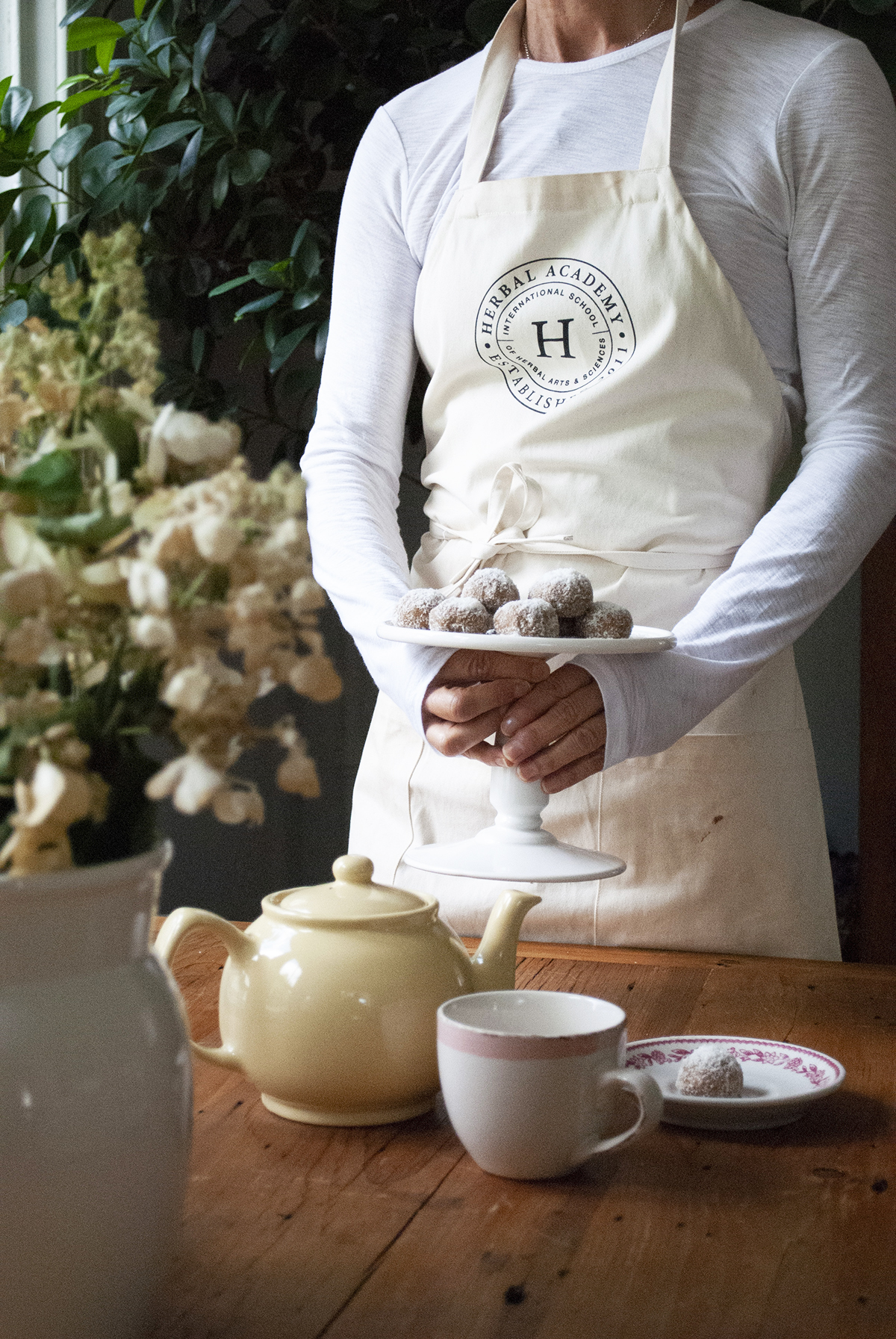 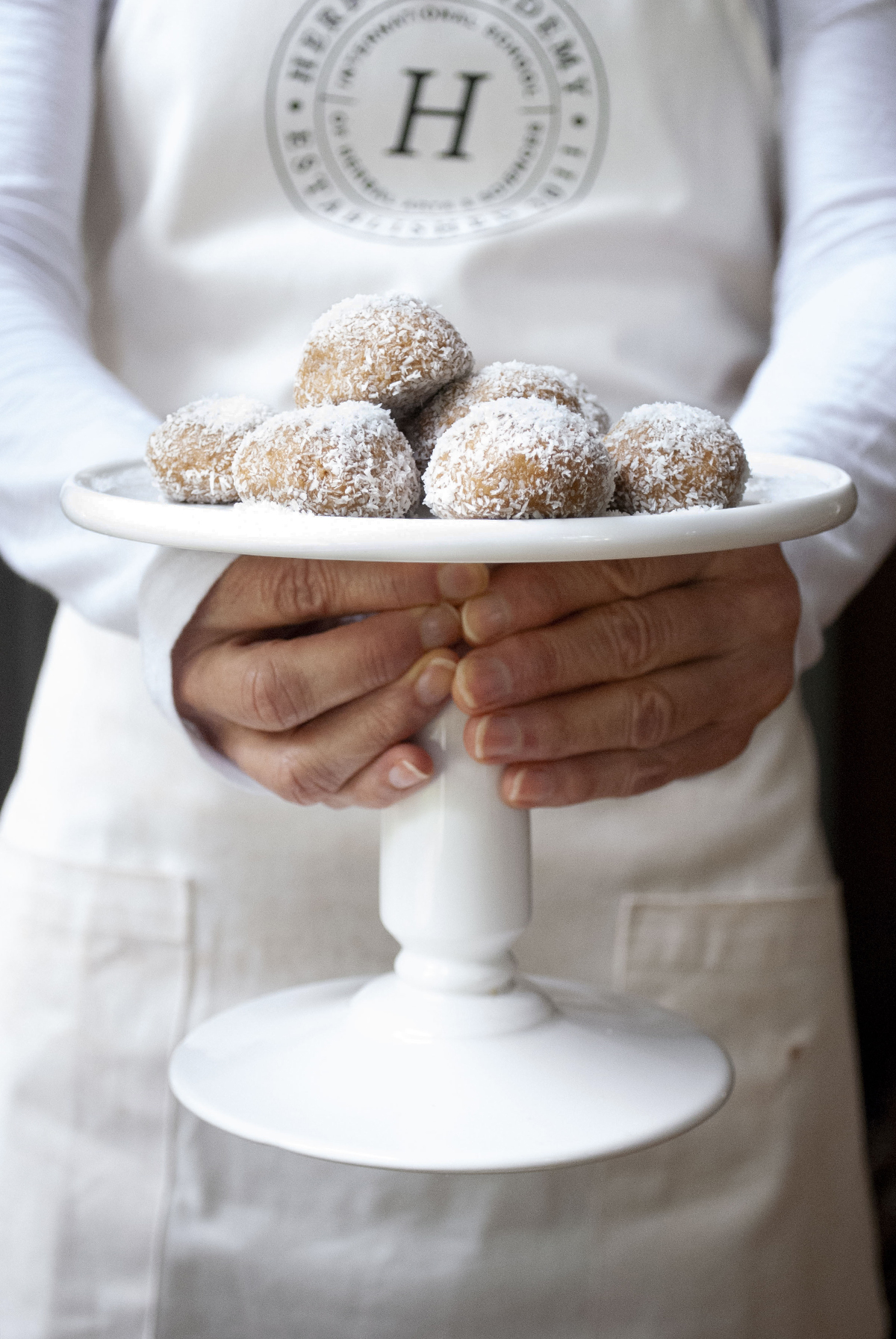 Recipe adapted from Body Into Balance by Maria Noel Groves

Furthermore, it is advised not to take large doses of ashwagandha during pregnancy, as it may increase uterine contractions. Interestingly enough, very small amounts of ashwagandha are traditionally used by pregnant mothers in India to strengthen the uterus and overall health during pregnancy. However, it is always wise to exercise caution and seek medical advice before taking any herbs and supplements during pregnancy (Pole, 2013).

As you can see, ashwagandha is an immensely versatile and nourishing herbal ally. For athletes and anyone affected by stress, fatigue, or overwork, it is certainly an herbal ally to consider. Try incorporating ashwagandha into porridges, beverages and bonbons, or simply imbibing in warm water or simmered milk. As Ayurveda teaches, nothing is right for everyone, but the uses of this rejuvenating herb are vast, powerful, and plentiful. 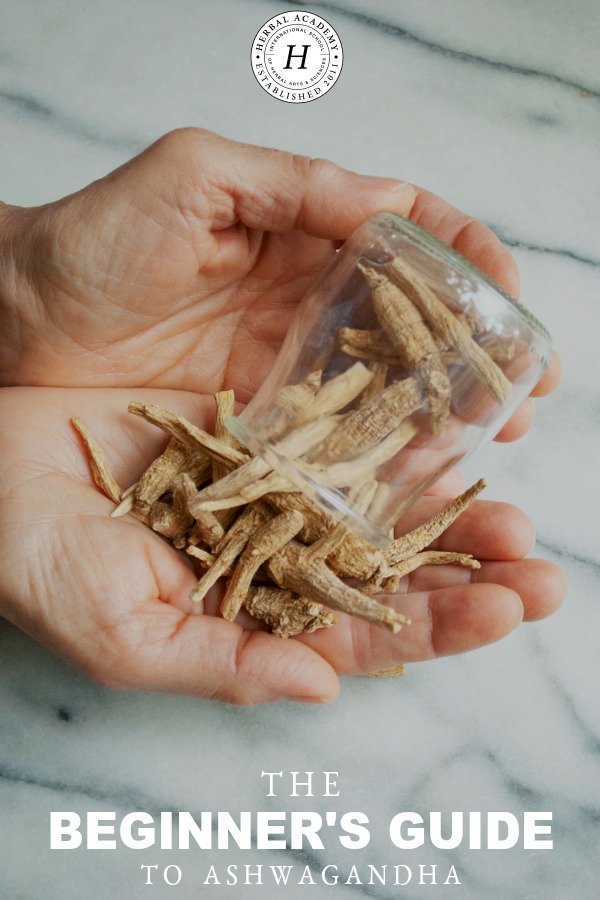