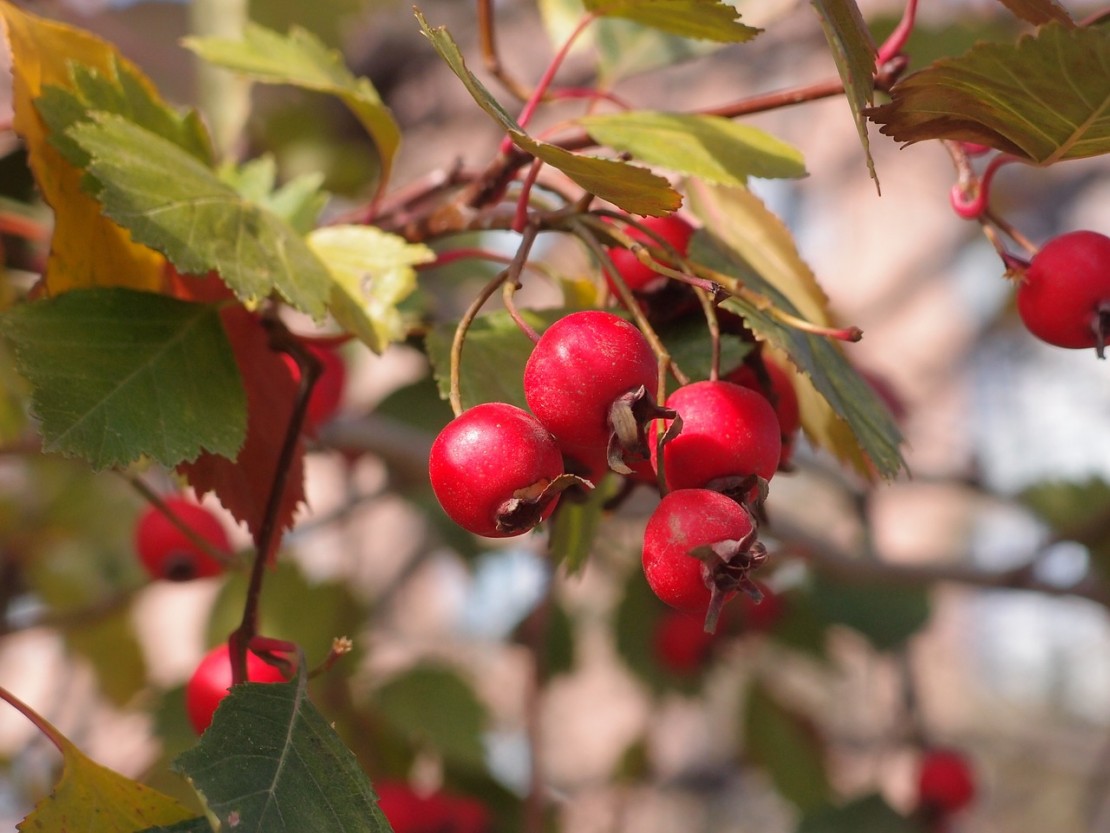 Today the equinox came, sandwiched between two watery eclipses spanning Pisces and Aries, bracing us inside this liminal space, a transition to spring and return of growing, a day awash in both strong bright light and cold brisk winds. Watching through the windows at breakfast, standing in the greenhouse sprinkling soft rains on my flats of tiny green starts, I could feel a dragon stirring in the ground beneath my boots.

Rarely do I feel unready for spring as I most often crave the warmth, light, and activity so voraciously that some years spring seems to come at the sheer strength of my calling to her. This year, however, inner upheaval rising out of late winter’s introspections has left me raw and unprepared, squalling and pulled too early into a new growth cycle, my energies leaked and scattered. And so I turn to the plants. 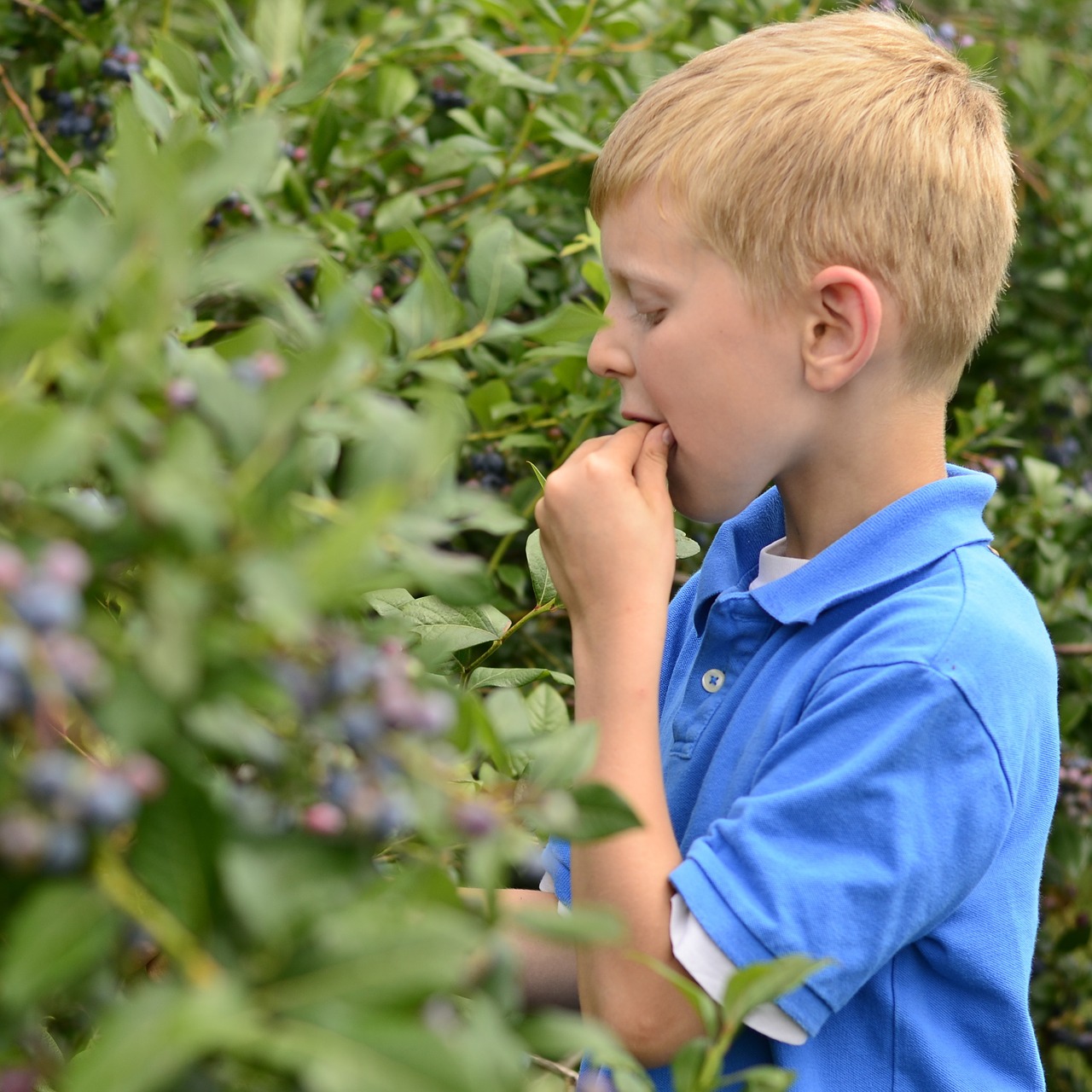 In Chinese medicine, spring is the time of caring for the Liver through many practices of nourishing, cleansing, and stimulating. The most pertinent way to do this, for an herbalist or hedgewitch, is the use of green herbs and sour flavors.

In therapeutics of both Ayurveda and Chinese medicine, the flavors of foods and herbs are keenly observed to have effects on the functioning of psyche, body, and spirit.

In Chinese medicine, spring is the time of caring for the Liver and its related patterns and functions through many practices of nourishing, cleansing, and stimulating. A human’s ability to fine tune their body knowledge is one of the most important tools for learning herbs.

Flavor can help us understand how an herb travels in the body, how fast it moves, in what directions, what its affinity may be to various anatomies and tissue states, and what dysfunctions or dysregulation it may address. Flavors are also a way to understand our lineage and histories, locating ourselves within community, time, space, climates, and environments.

The ability of herbal practice to match individual people with particular botanical medicines is one of the defining strengths of this therapeutic practice, and a practitioner’s understanding of energetics through the direct perception of taste can be a powerful tool for healing.

Sour flavors arise from a diversity of acids, including citric, tannic, and ascorbic (vitamin C) acids, and the sour sensation in the mouth is caused by hydrogen ions which are split off when dissolved in a watery solution (Pitchford, 1993).

In Traditional Chinese Medicine (TCM), the sour flavor is associated with green, springtime, the Wood element, anger and heat, and the Liver. The sour foods and herbs are thought of as tightening and emptying, allows us to clear out the heaviness and stagnancy of winter’s cocoon, preparing the body to go out and move in search of adventure and nourishment (Gagne, 2008).

In Chinese medicine, some sours have astringent properties, such as green and black teas and leaves from the rubus genus like raspberry and blackberry leaves (Pitchford, 1993), while others are both sour and bitter (such as vinegar) or sour and sweet (many fruits).

The energetics of sour, according to Chinese medicine theory, are cooling, contracting, “centrifugal,” and upward-moving, supporting Yin by preventing the leakage of fluid and energy and combating sagging and flaccidity through the firming and drying of the tissues, particularly connective tissues such as tendons and ligaments (Gagne 2008; Pitchford 1993).

Herbal traditions view flavors from alternate perspectives, likely for a variety of reasons including differing climates and available foodstuffs. Unani-Tibb (Greek-Arab medicine) considers sours herbs and foods to be cooling, while in Ayurveda, sours are thought to have a warming effect (Wood et al., 2015).

The Right Amount of “Sour”

It is also useful to note that quantity is important in terms of sour flavor. Sours are mostly eaten as condiments or otherwise in small amounts (lemon juice, sauerkraut), although foods that are sour as well as sweet, for instance, such as fruits, can be eaten in larger quantities and still be cooling (Wood et al., 2015).

Linda Prout, the author of Live in the Balance, observes that sour flavors demand “balance from sweetness; we relish sour foods sweetened with sugar, such as cranberry sauce, lemon custard, lemonade, and rhubarb pie” (Prout, 2000, p. 37).

Sour flavors are meant to be taken or consumed in small amounts, such as in condiments or juices to flavor a sauce or soup. Too much sour can cause overstimulation of the Liver, which in turn may interfere with digestion and appetite and lead to accumulation of dampness, blocking the normal flow of energy by creating stagnation (Pitchford, 1993). Connective tissues and muscles may also wrinkle or harden from too much sour, the astringency causing tissues to become dry and cracked. Sour flavors are particularly contraindicated for those struggling with constipation, constrictions, heaviness in mind or body, excess fluid accumulation, or those suffering from rheumatism. 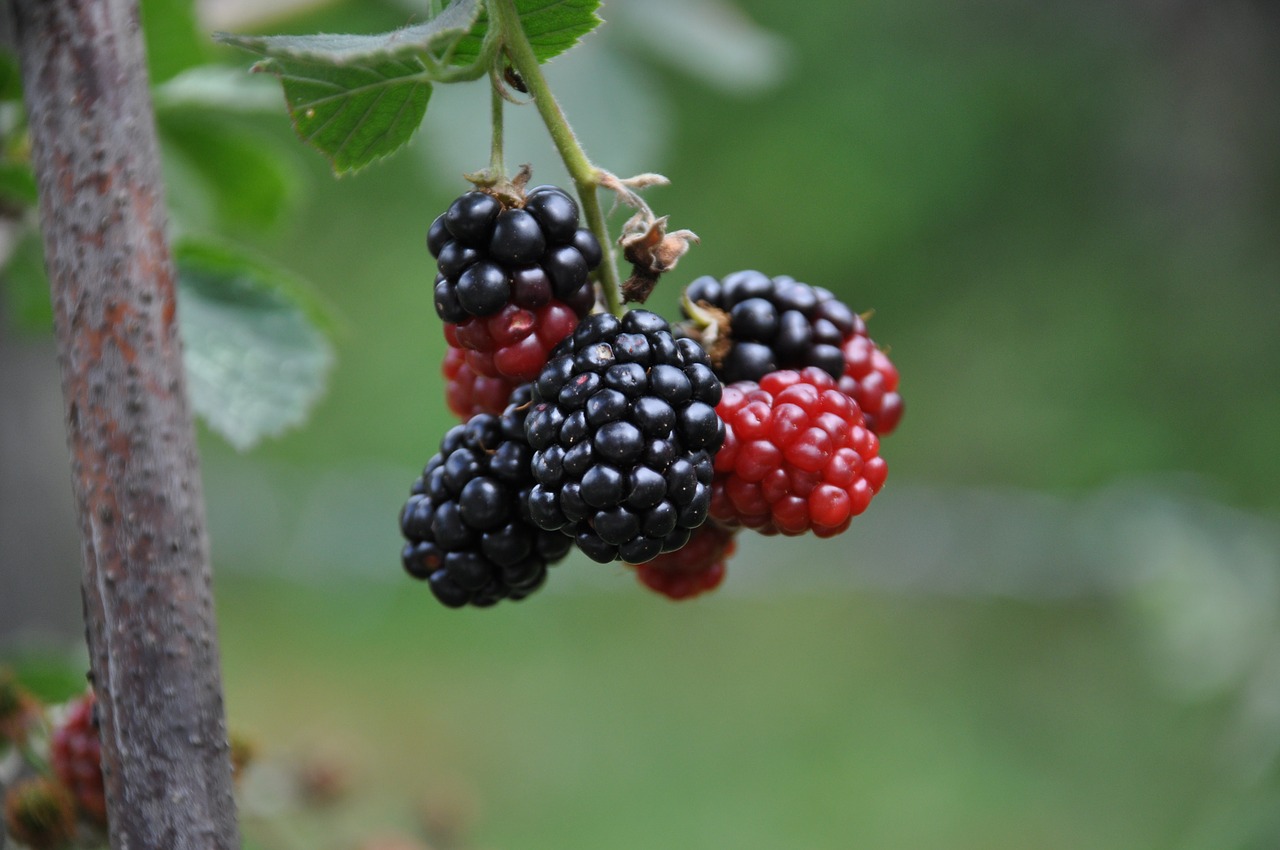 The effects of sour flavors can be understood not only in the ways they effect Liver Function in Traditional Chinese Medicine, but also from the Western perspective of the liver in its physiological organ functions.

The liver is a complex and highly evolved organ. It helps the human to mediate both the external and internal environments, the stresses we generate within and maintain in our emotional lives that can affect the wellbeing of body and spirit, and the toxins, foods, and other external stresses that come into our spheres of function.

When the liver becomes heated or overactive — sometimes a seasonal result of wintertime hibernation and food habits — the sour flavors of spring can offer cooling which reroutes the body’s energy and ability to rise up for the activities spring is calling us to participate in.

In its emptying, cooling, and tissue drawing capacities, sour flavor is most appropriate for liver conditions which are hot, angry, sluggish, and full or congested, particularly after the effects of rich, sugary, and greasy foods (Pitchford, 1993). The cleansing actions of sour help to break down excess fats and proteins as well as dissolve fat-soluble toxins, which become water-soluble and easier for the kidneys to excrete (Prout, 2000).

Conversely, sour flavors may not be beneficial in situations such as cirrhosis, when the liver is depleted and characterized by inactive tissue and scarring, a state of emptiness that could be exacerbated by the properties of sour (Gagne, 2008).

Research on schisandra berry, which is famous for its five flavors but most definitely distinctive in its sourness and astringency, has been much researched for its hepatoprotective and liver regenerative effects (Jiang et al., 2015; Li et al., 2016). Both traditional practice and current research suggest sour flavors to be useful for tissue states featuring heated and overactive patterns, including those related to blood glucose levels (Pang et al., 2015).

Sour In Other Body Systems

Sour flavors, especially fermented ones like kraut and kimchi, can help with the dissolution of minerals in the gut and thus the ability to absorb and assimilate greater nutrition (Pitchford 1993).

Emotionally and energetically, sour foods in Chinese medicine were thought to be “proper” for what is thought of as the “heart-mind,” the intersecting duties and functions of these two physical and energetic bodies. This support of the union of the mind and the heart assists in re-organizing and refining mental states or patterns which are dispersed, not cohesive or coherent, scattered or always changing (Pitchford, 1993). In strengthening weakened lungs – often associated with grief – sour flavors can assist in the flow of breath and form when deep emotions are flowing over us.

In Nei Jing Huandgdi’s Classic of Internal Medicine, attributed to the Yellow Emperor from the Han dynasty, it notes that herbs and foods which taste sour exhibit an astringency which helps the body to prevent leakages of fluid and energy (Prout, 2000). This suggests use, not only for conditions such as excessive sweating, hemorrhaging, diarrhea, and urinary dripping, but also tissue states which are sagging or otherwise without necessary form and structure like hemorrhoids and uterine prolapse. 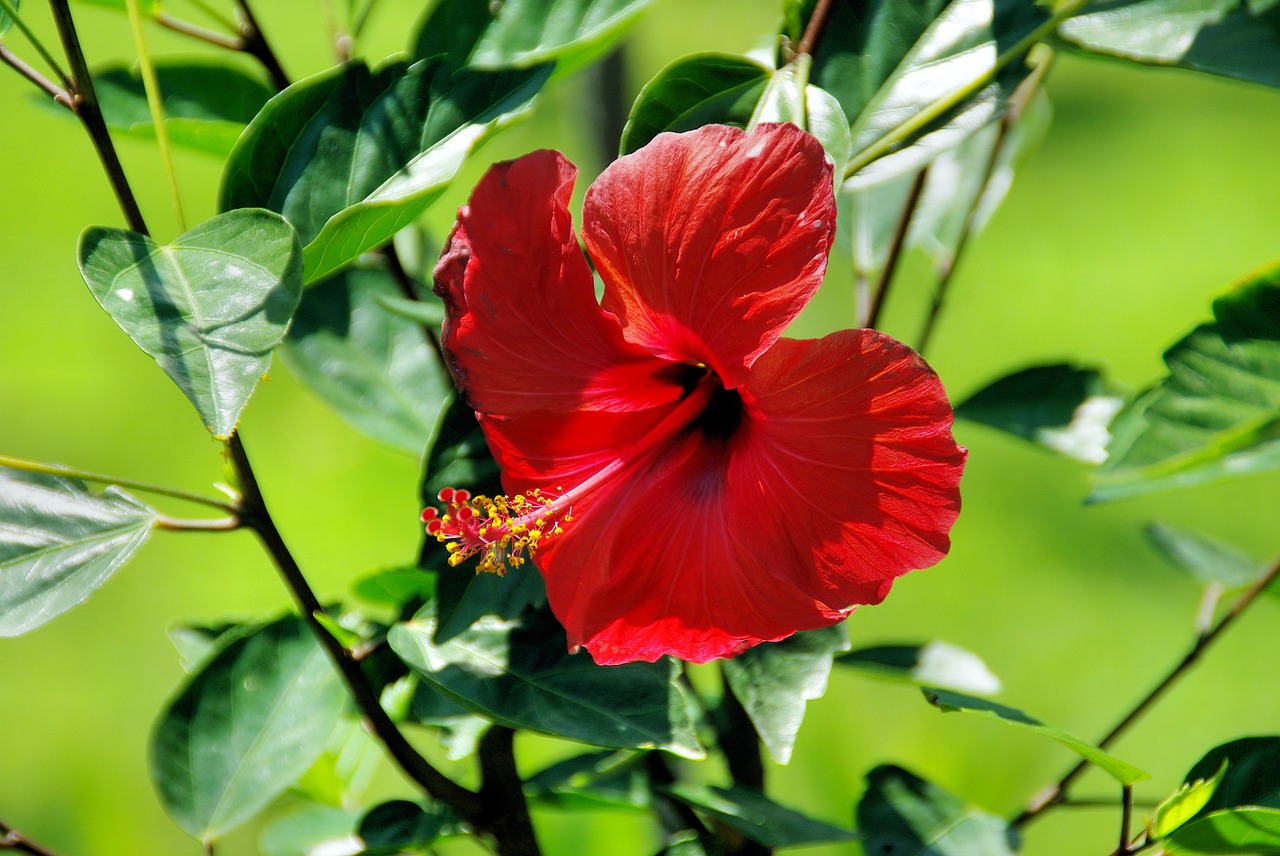 This tea blend offers a bright and rosy infusion that captures the new light of spring inside its refracting waters. The spicebush offers a bit of warmth and stimulation while the linden supports the calming digestive actions of the hawthorn.

Use 1 tablespoon of tea mix for every 8 ounces of boiled water.

Other Sour Foods for Thought

Looking for more sour foods to add to your diet this spring?

How do you plan on using sour flavors for health this spring? Share with us in the comments below!