The following aromatic plant excerpt is from the book, “Botanicals With Benefits: Develop a New Relationship With Your Garden: The Edible Flower Volume” by Kerry Hughes, and is reprinted with permission. Kerry Hughes, MS, principal for EthnoPharm (www.Ethnopharm.com), is an ethnobotanist, herbalist, and author with a 20-year record of success in natural product development. Kerry also is committed to Integrative Herbalism and Functional Nutrition through her role at www.BetterThanHealthy.live. With a focus on ethnobotanical discovery and strategic innovation, Hughes and EthnoPharm continue to expand the boundaries of biodiversity development, catalyze applied phyto-product breakthroughs, and bring to market new, efficacious, and profitable products that not only heal people but help protect the threatened global biodiversity.

Edible flowers are lovely on the side of the plate, but there are numerous ways to prepare flowers in meals or beverages with which a person can experiment. A few of the most popular methods are below. 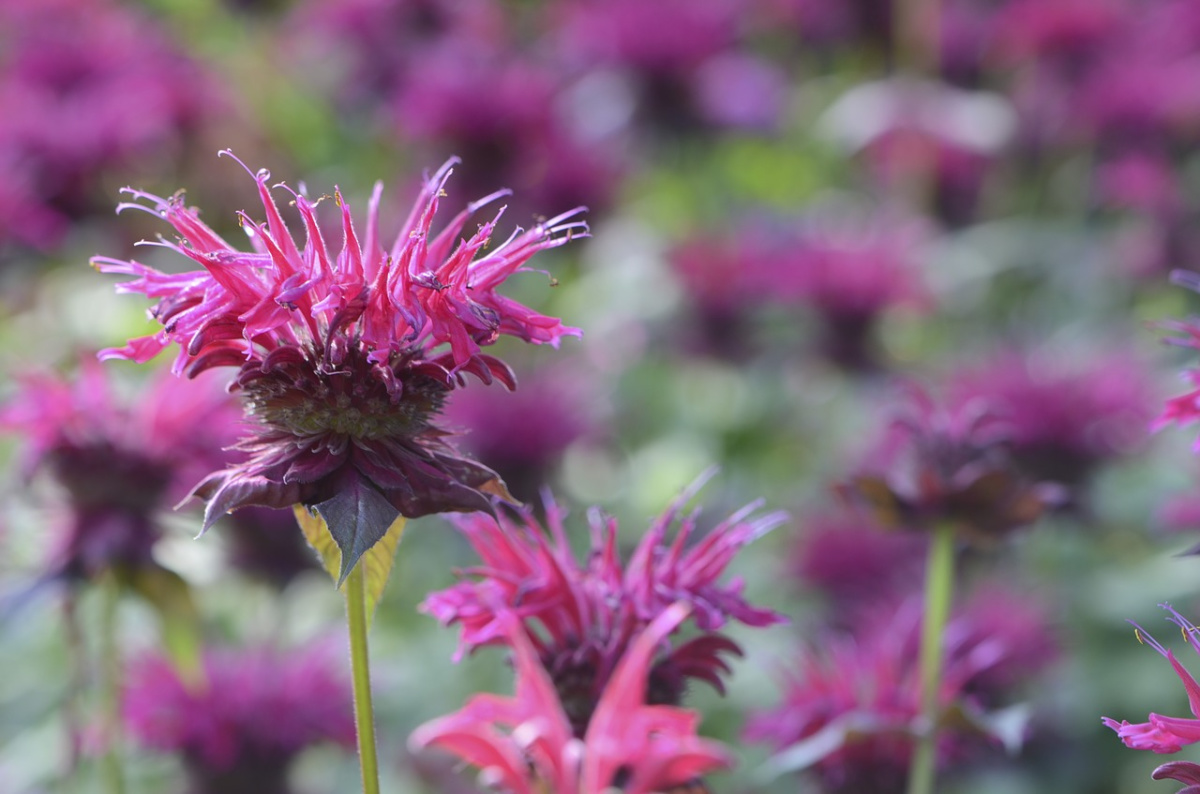 No special preparation needed here—just pick and eat (well, it might be a good idea to shake the spiders off and wash the flower first)! However, note that some flowers, such as Beebalm are best when the florets are picked apart, and the flower head is not just popped into the mouth whole. For most flowers, it is the petals that are most palatable. If the receptacle or stem is included, it could introduce bitter flavors or an undesirable texture. The most popular way to consume raw flowers in cuisine is in a salad. 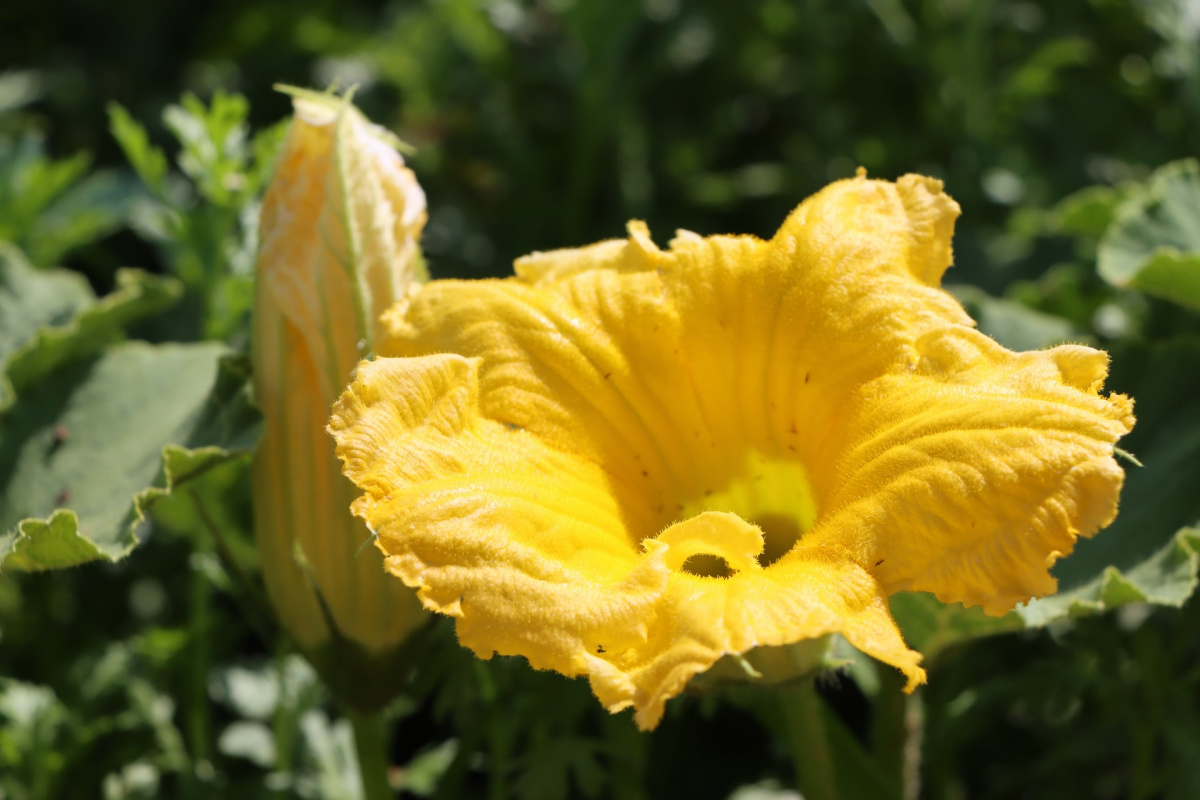 Some edible flowers are good when cooked. For example, Daylilies can be stuffed and then baked, or Zucchini flowers are often enjoyed deep-fried in a tempura batter. The larger, thicker flowers are most commonly the ones that are prepared in this manner because they don’t fall apart as easily as a small, delicate flower like a Johnny Jump-up. 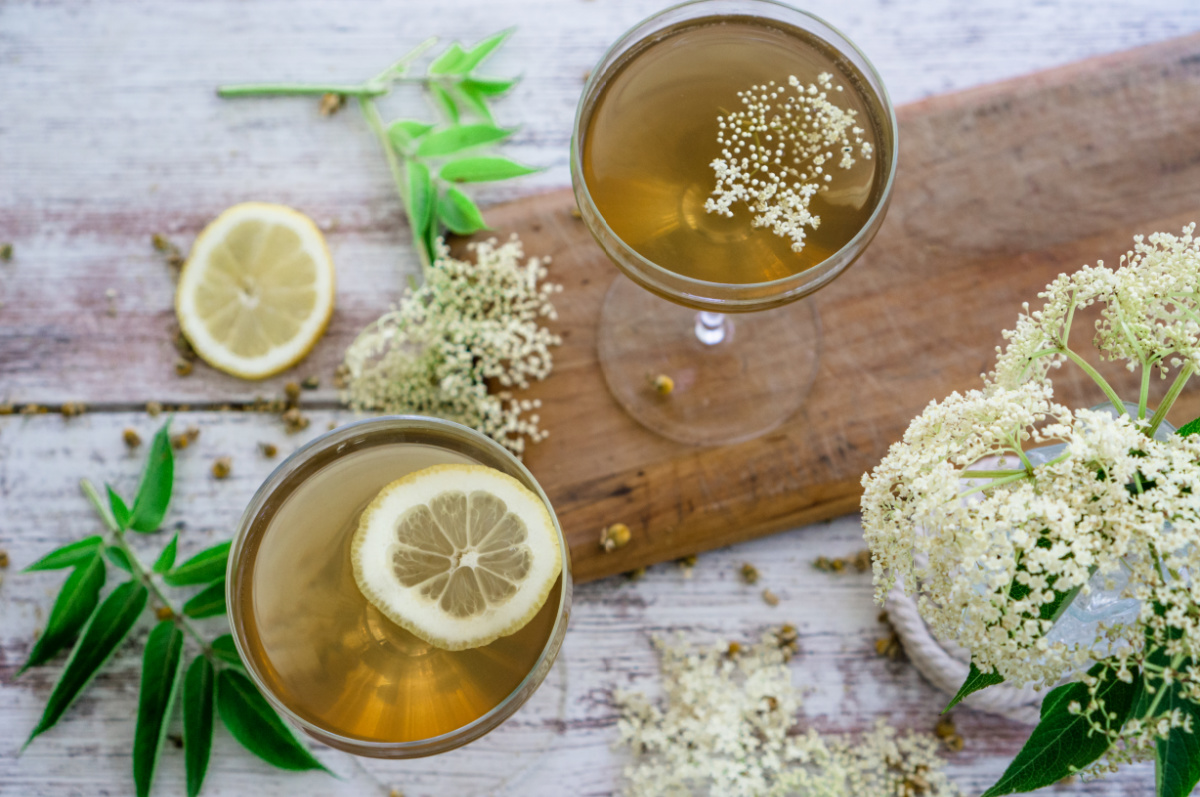 Edible flowers are so beautiful floating in water that a person might want to prepare them just like that and float them in water vases, just as cucumbers and lemons are often used! Flowers can also be included in beverages of all kinds, such as cocktails, beverages, and iced tea. Alternatively, flowers can be floated in water on a windowsill or prepared as if one would prepare a flower essence to capture the symbolism or healing imprint of the flower. Edible Flowers made awesome additions to a glass water bottle! 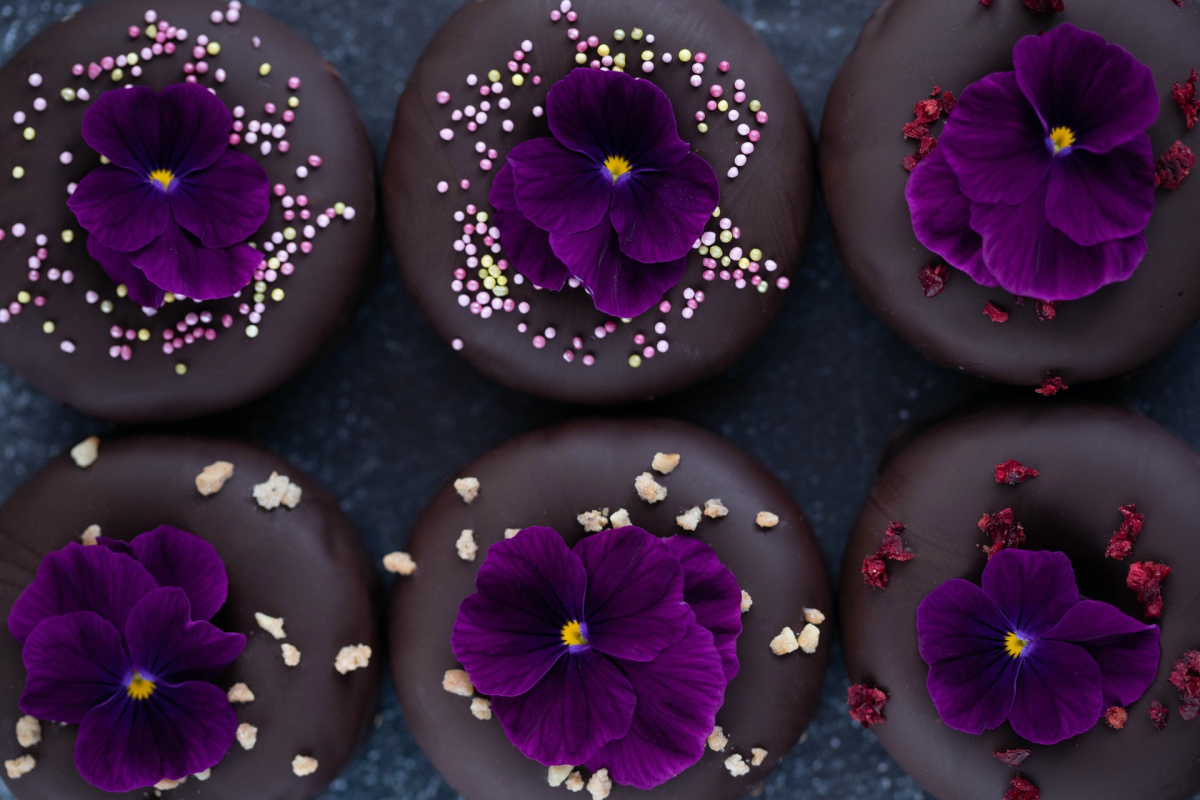 Rarely do we see candied flowers served with desserts. If a person really wanted to impress someone, they could try this simple technique for preparing edible flowers: first select and wash the flowers, either whole or as separate florets or petals. Then mix an egg with water (about 2 parts water to 1 part egg) and brush this mixture onto the flowers. Next, sprinkle with superfine granulated sugar or press both sides of the flower into a bowl of sugar. Let dry and serve, or store in the refrigerator between sheets of wax paper.

It is very easy to make flower butters, and they are also fun for impressing guests! Flower butters are similar to herbal butters, except that it is made with flowers, of course, and it is often the whole flower that is displayed in the final product. Start with a good-quality, fresh butter. Then let it soften to room temperature or carefully soften in the microwave, to the point that it is easy to stir. Depending on the type of flower used, it may be best to cut it up into little pieces so that the final butter product shows off little flecks of color. Alternatively, it may be best to pick apart the flower (like in the case of Beebalm) so that the florets are used instead of the whole flower head, or if the whole flower is small and tender, the entire flower may be displayed in the butter, such as with Johnny Jump-ups. The butter is either placed in a mold or on a piece of wax paper to be rolled into a log and then flowers either placed and layered in the butter, or the flowers can be mixed with the butter first and then placed in the mold or on wax paper. Refrigerate and then serve!

You’re Not a Foodie Until you Eat Flowers!

Flowers have moved from the center of the table to the side of the cocktail to the center of the plate! Until recently, flowers in beverages or on plates were there simply as a garnish—just to look pretty. But now, top restaurants around the world are beginning to work with the flavor of flowers to add to the dish. For example, at Palisade Restaurant in Seattle Washington, a variety of edible flowers are bought locally. Since they typically have a slight bitter taste, they use them to balance out the sweet and salty flavor profiles in a garlic-seared scallop crudo. At Il Solito in Portland, Oregon, Lavender and Nasturtium flowers have been paired with steak or fish for both flavor and presentation, whereas Marigold (and its leaf) is used in desserts like ice cream for its tangerine-like flavor.

With the emergence of flowers as food, perhaps it is only a matter of time until we begin to intentionally utilize flowers that are not only edible but also medicinal! From the relaxing properties of Chamomile flowers to the cold-fighting properties of Beebalm or the heart-healthy Society Garlic, the incorporation of flowers into foods brings a whole new aspect to the concept of “Food as Medicine”—a resurgence of the idea central in many traditional medicines that food plays a role in not only in maintaining health but in treatment and prevention of disease.

Some restaurants have already capitalized on the value of food served with affirmations, such as Café Gratitude in Berkeley, CA, which serves up every dish tied to an affirmation (like I am Terrific served with Pad Thai). Similarly, how long will it be before foodies capitalize on the symbolism of the Victorian Language of Flowers? Imagine serving up a “victory salad” with nasturtiums to celebrate the win of an athletic game or enjoying a romantic evening at a restaurant with an old flame while sharing an ice cream dessert topped with Honeysuckles, a symbol of reunited love!

Kerry Hughes, MS, principal for EthnoPharm (www.Ethnopharm.com ), is an ethnobotanist, herbalist, and author with a 20-year record of success in natural product development. EthnoPharm specializes in global natural product development and education, innovative product formulation, and nexus-of-market opportunity identification. Hughes is driven by a "tenacious fascination with the potential health-enhancing role plants can play." Kerry also is committed to Integrative Herbalism and Functional Nutrition through her role at www.BetterThanHealthy.live. With a focus on ethnobotanical discovery and strategic innovation, Hughes and EthnoPharm continue to expand the boundaries of biodiversity development, catalyze applied phyto-product breakthroughs, and bring to market new, efficacious, and profitable products that not only heal people but help protect the threatened global biodiversity.