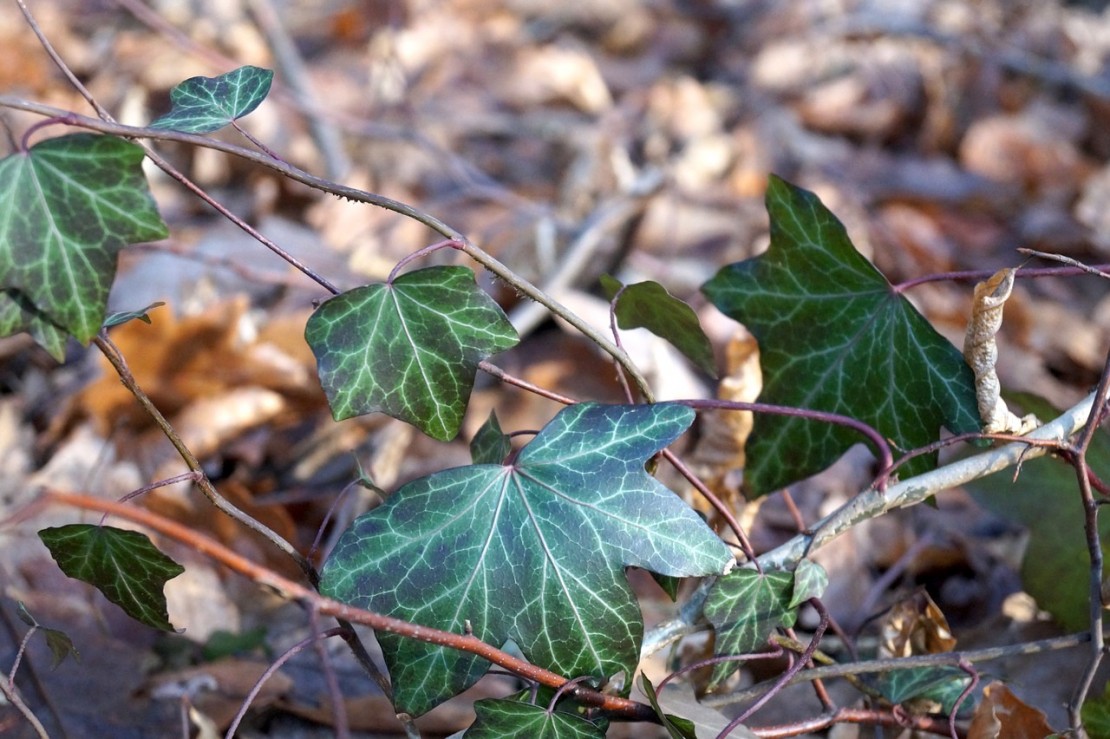 Helix hedera, or common ivy, is a familiar garden and houseplant to many people. Sometimes, ivy is used as a greenery decoration during the holidays, and an old Christmas carol “The Holly and The Ivy,” even bears the plant in its title. Using ivy in holiday decorations, though, is a custom that goes back all the way to Roman times. Ivy was associated with Bacchus – the Roman god of revelry and good times (Grieve, 1931). Maude Grieve notes in A Modern Herbal that ivy was also a symbol of fidelity and presented to newlyweds in ancient Greece, and that during the history of the early Christian church, the Councils forbid the decoration of houses and churches with ivy because of the plant’s pagan associations (Grieve, 1931). The custom survived, though, and ivy is still sometimes used in holiday greenery.

Ivy in the Garden

Nowadays, ivy is mainly used as a landscaping plant in the garden. Because it likes to climb, it is often used as a decorative cover for walls and buildings, but because of its tenacity, it has a reputation as an invasive species in some areas outside of its native range. It was introduced to North American gardens as an ornamental in Colonial times, but is native to Europe. 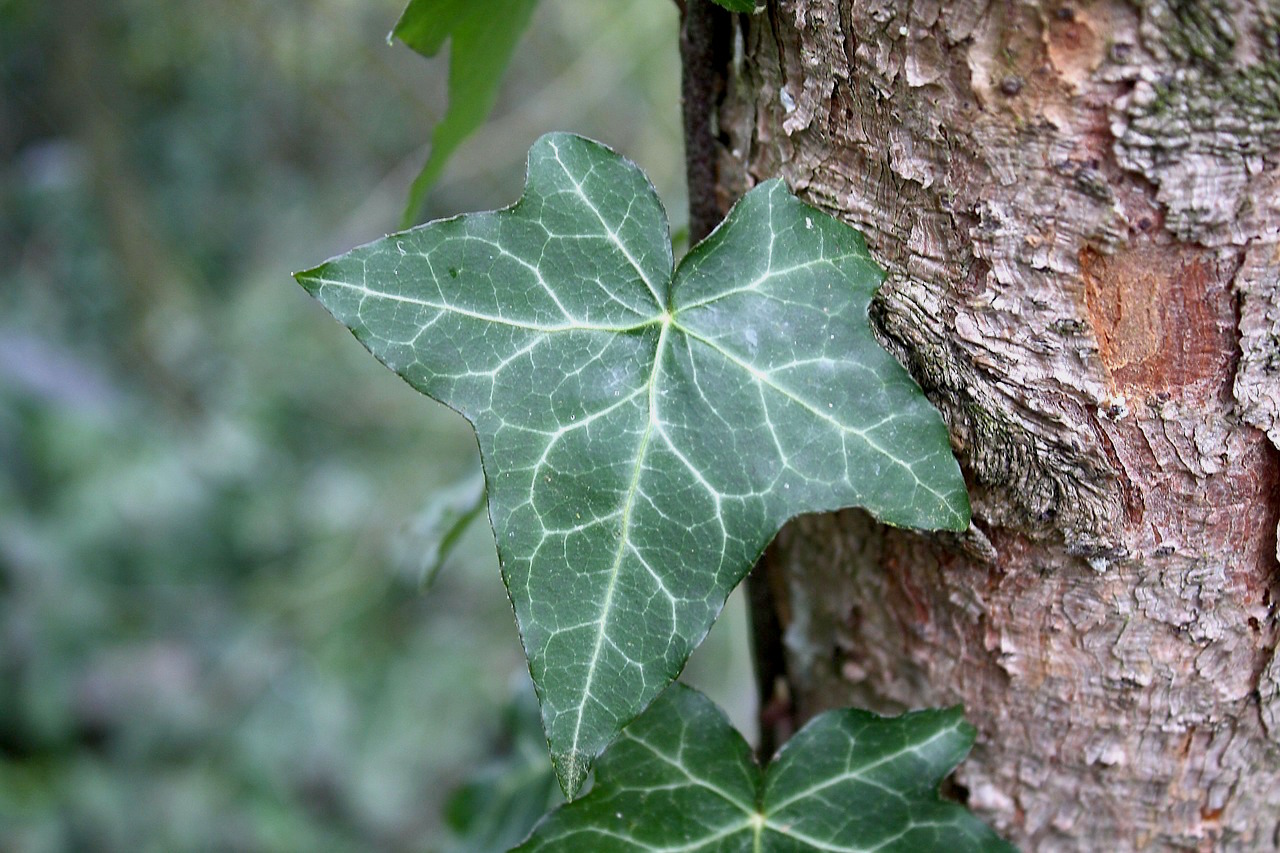 According to the Missouri Botanical Garden, ivy is a climbing, evergreen vine that actually has two stages of growth. The immature stage is the one most often seen, and is the form of ivy familiar to most people. In this stage, it can be found growing as a ground cover or a vine, but usually prefers to climb. Ivy will happily climb to a height of 80-90 feet, and spread up to 50 feet wide. By the time it matures, it develops more bush-like qualities, growing shrubby stems that flower in the fall and then produce blue-black berries.

In 1812, John Hill wrote an entry about English ivy in his book, The Family Herbal, that describes the many forms the leaves of the herb can take, and hints at some of ivy’s herbal past:

A very common shrub, crawling about old trees, or upon old walls; it sometimes runs upon the ground for want of such support, but then it rarely bears any fruit. The trunk is thick, brown, and covered with a peculiar roughness. The branches are numerous and brittle. The leaves have a strange variety of shapes, oblong, angular, cornered, or divided. The flowers stand in little round clusters, and they are small and inconsiderable: they are succeeded by large berries. The leaves upon the young shoots that bear the flowers are always oblong; those on the trunk are angulated. They are all of a deep glossy green.

The leaves and berries are both used, but neither much. A decoction of the leaves destroys vermin in children’s heads, and heals the soreness that attends them. The berries are purging; an infusion of them will often work also by vomit, but there is no harm in this: they are an excellent remedy in rheumatisms, and pains of all kinds, and, it is said, have cured dropsies; but this is perhaps going too far.

The ivy in the warm countries sweats out a kind of resin, which has been used externally at some times, on various occasions; but at this time, it is quite unknown in practice. (Hill, 1812)

Many modern gardening and veterinarian websites warn that ivy can be toxic to humans, pets, and livestock. However, obviously this isn’t the full story of this herb, which is listed in many historic herbals. It is also still an ingredient in herbal syrups manufactured by a few companies today.

So why the dire warnings on toxicity? It’s true that the leaves and berries contain a substance called hederin that can be toxic in large amounts (U.S. Fish and Wildlife Service, 2010). Nausea and vomiting can occur with large doses of ivy, and yet the same can occur from other well-known herbs, such as lobelia (Cook, 1869). Fresh ivy leaves may cause contact dermatitis in some individuals – but so can other common garden plants such as yarrow (Rucker, et al, 1991). The German Commission E, which publishes some of the most complete information available on herbal safety, has approved ivy leaf for several uses, including respiratory congestion and inflammatory conditions of the lungs.

In Culpeper’s Complete Herbal, first published in 1652, there is a very interesting entry on English ivy that details a variety of herbal uses for both the leaves and the berries. According to Culpeper, ivy was commonly prepared in a wine or as an infusion in water, and was said to help dysentery, jaundice, and intestinal parasites among other uses. Topically, leaves and berries were applied to heal infected wounds, burns, and even for ear infections. Ivy was also used in that time period against the plague, and was considered to have diuretic properties (Culpeper, 1652). Culpeper also informs us:

“The berries are a singular remedy to prevent the plague, as also to free them from it that have got it, by drinking the berries thereof made into a powder, for two or three days together. They being taken in wine, do certainly help to break the stone, provoke urine, and women’s courses. The fresh leaves of Ivy, boiled in vinegar, and applied warm to the sides of those that are troubled with the spleen, ache, or stitch in the sides, do give much ease. The same applied with some Rosewater, and oil of Roses, to the temples and forehead, eases the head-ache, though it be of long continuance. The fresh leaves boiled in wine, and old filthy ulcers hard to be cured washed therewith, do wonderfully help to cleanse them. It also quickly heals green wounds, and is effectual to heal all burnings and scaldings.”

Fast forward to 1898, in America, and King’s American Dispensatory notes many other uses of ivy, including skin infections, eczema, lice, glandular enlargements, lung problems, rickets, toothache, as an emetic and cathartic, and to cause sweating during fevers (“sweating out” a fever was common practice of the time). Ivy was also applied topically for localized pain. (Felter, 1898). 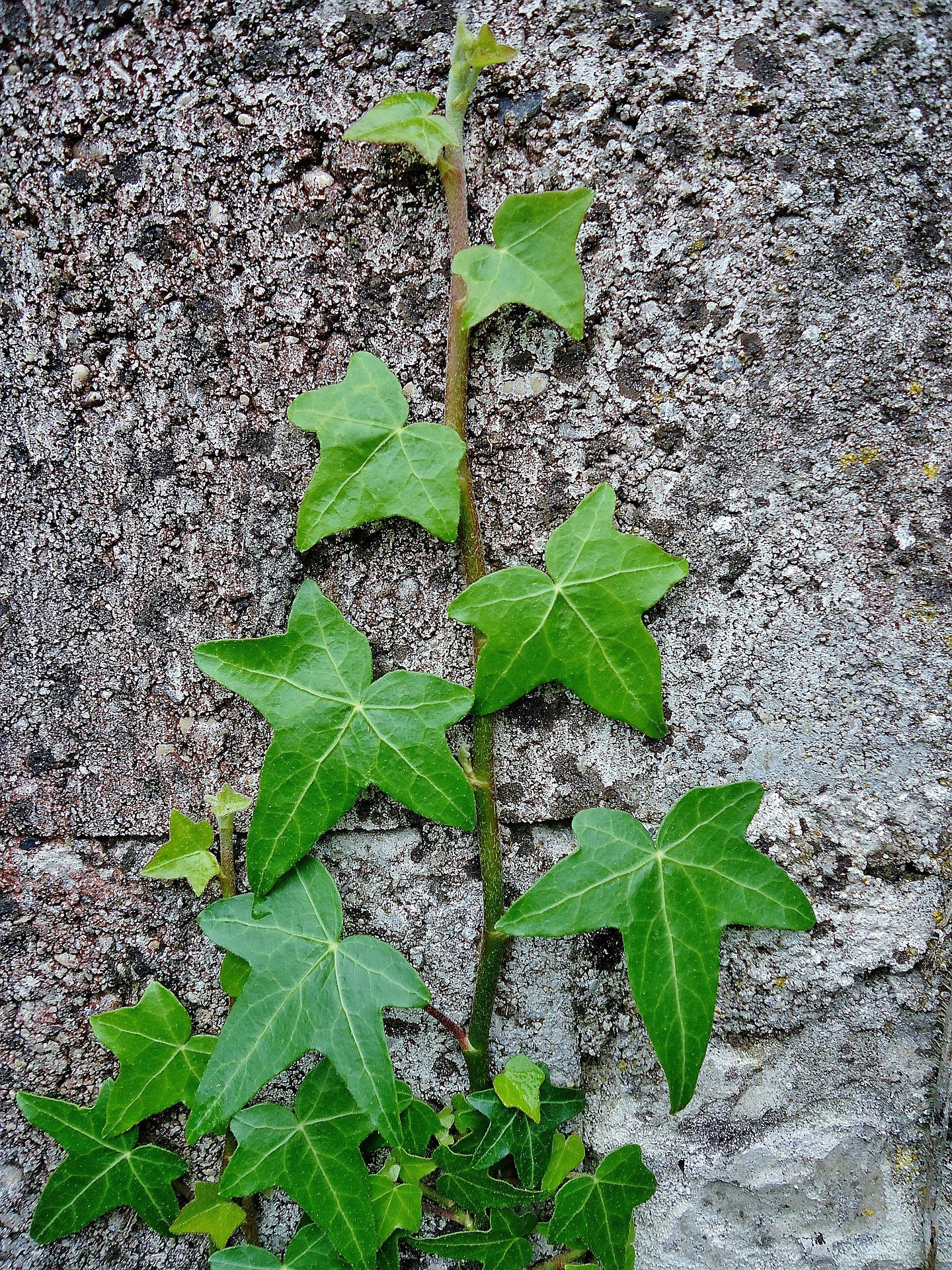 Despite what appears to be a rich herbal history of the plant, and even its modern uses in dietary supplements, most of ivy’s many uses have been gradually forgotten, and ivy is mainly remembered as a reliable garden plant for greenery and landscaping. Whether you are simply enjoying ivy in your garden or as a houseplant, for holiday decorations, or incorporating it as part of a healthy lifestyle, knowing a little about ivy’s herbal history can give us a new appreciation for this surprising herb.