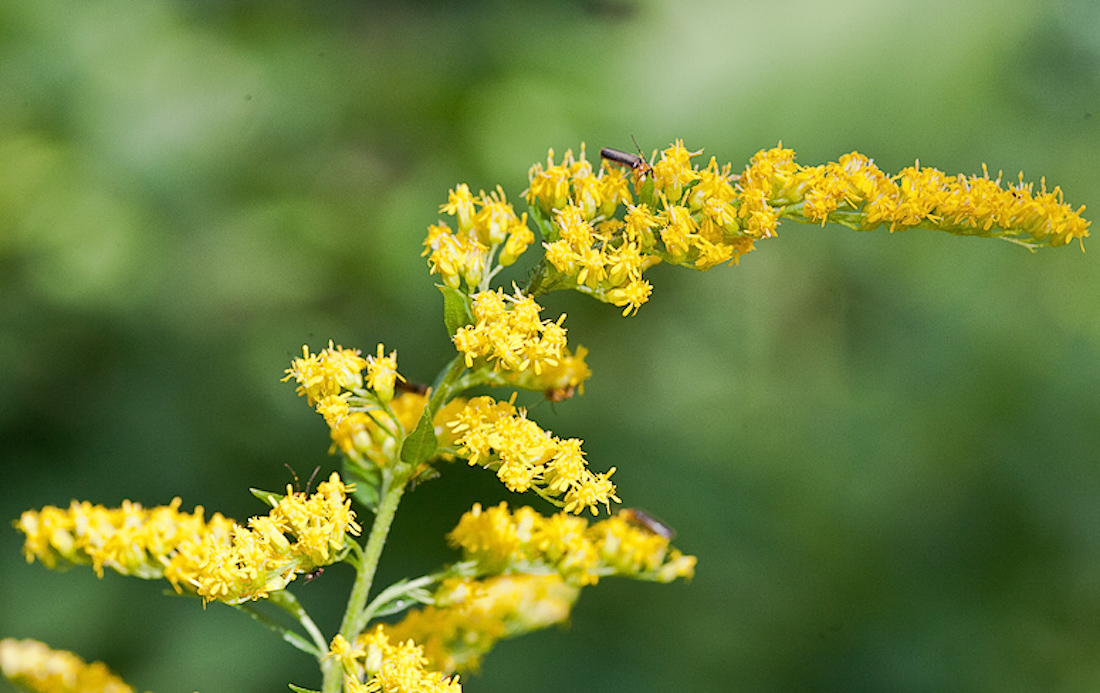 Indeed, with spring comes the growth of many different plant species and other substances that cause allergic reactions. This may include runny noses, sneezing, itchy and watery eyes, headaches, and other uncomfortable symptoms. When someone has allergic rhinitis, their immune system is hypersensitive to substances that are otherwise harmless. The sufferer becomes exposed to antigens like the pollen from plants and the immune system creates antibodies in response. These antibodies attack the foreign substance in the form of an inflammatory reaction, which comes in the form of chemicals called histamines. The mucus that forms as a result of these reactions is intended to then flush out the foreign substances.

What is our primary goal in practicing herbalism in response to allergy season? Essentially, as herbalists we aim to nourish the body with herbs and food that lessen the severity of the symptoms and even eliminate the underlying cause of the reaction itself. Below are suggestions that may benefit you as you respond to allergy season and all of the rather literal headaches it brings.

The flowers of black elder (Sambucus nigra) are known in a variety of herbal traditions as a cooling plant with many different benefits. One of the elder flower’s properties is its role to relieve the inflammatory nature of allergic reactions, soothing and toning mucus membranes in the nose and throat. From an ayurvedic perspective, its actions also dispense the accumulation that takes place in the respiratory system by eliminating toxins from the blood (Frawley and Lad, 1986). We recommend consuming elder flowers as a tea before allergy season begins.

Many of us are familiar with the stinging nettle (Urtica dioica), a plant that proliferates across North America. And though the stinging hairs that run along the leaf can inject histamines into the skin and cause a reaction, it paradoxically helps with allergies as well. In 2009, Phytotherapy Research published a study that explored how a nettle extract inhibited several key inflammatory events that cause the symptoms of seasonal allergies (Roschek et al). Some herbalists report greater success using fresh nettle leaf for allergies – if fresh nettles are not available to you, look for fresh nettle leaf tincture or fresh freeze-dried capsules.

Goldenrod (often mistaken and confused with ragweed) is another proliferate plant that is often dismissed as a weed. And yet, in the context of herbalism, the aerial parts of goldenrod have been identified as having many beneficial properties including as an anticatarrhal, an herb which helps the body remove excess mucus. Goldenrod also contains high levels of the anti-inflammatory constituent quercitin, which, along with its astringent action, can help alleviate the symptoms of allergies. Goldenrod tea as a Neti pot sinus wash can provide instant relief (be sure to bring tea to room temperature before using!).

Beets are not herbs! No, but an herbal approach to allergies is not just about easing symptoms but supporting the body’s total health. Traditionally, when it comes to hay fever and seasonal allergies, herbalists pay lots of attention to boosting liver health to help the body’s detoxification system. Beets just happen to be one of the best foods for the liver and contain abundant amounts of a substance called betaine (a methyl donor). In one pilot clinical trial, all ten people with fatty liver disease who took a supplement containing betaine for one year showed improvement in liver function (Adelmalak et al. 2001). In another clinical trial, 191 patients with fatty liver disease were given either a betaine supplement or a placebo for eight weeks. In the folks given the betaine supplement, there was a significant increase in liver function compared to the placebo group. Beets can be juiced, blended, made into soups, roasted, pickled, and steamed. Enjoy!

These and many other herbs have the potential to lessen the severity of an allergy sufferer’s symptoms. To learn more about how to use herbs for an improved immune system and better health as a whole, become a member in The Herbarium and gain access to our exclusive plant monograph database. Check out our online programs if you are interested in studying herbalism in a guided setting. And let us know in the comments below how you’re coping with onset of allergy season!