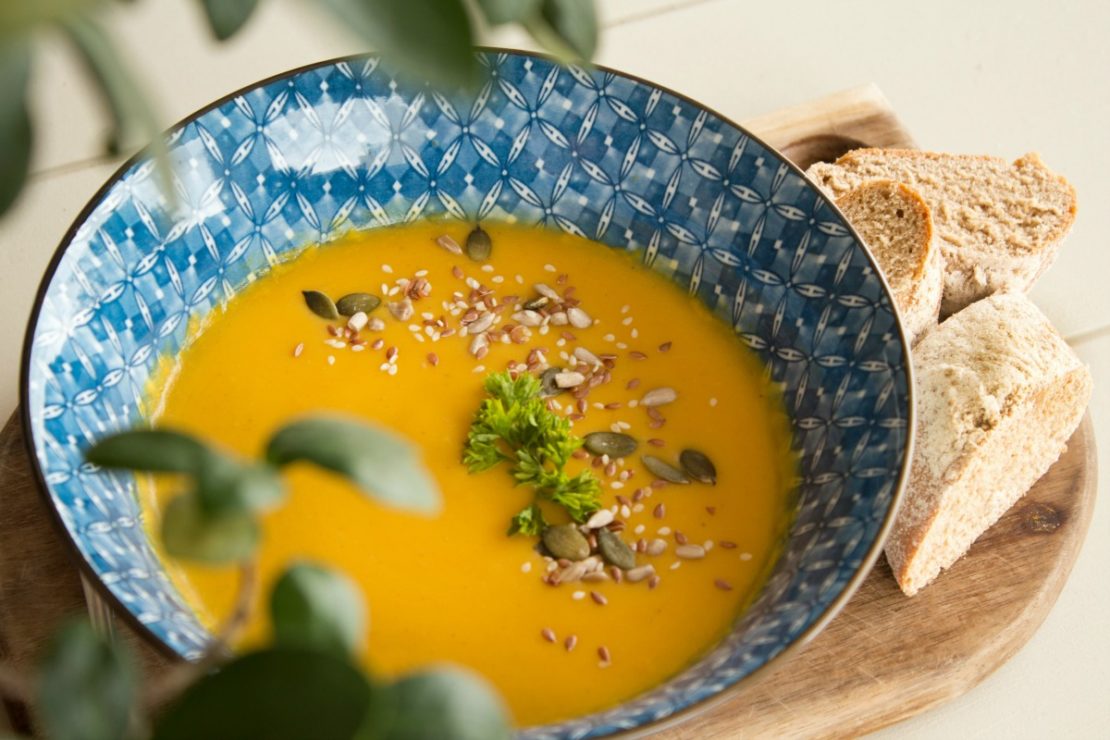 Winter is here, and if you’re anything like me, you’re probably craving soup! There is nothing better on a chilly evening, wrapped in a blanket with loved ones, than sipping from a bowl of warm, soothing soup. Turmeric (Curcuma longa) and cauliflower are gaining popularity in many healthy recipes as they have a plethora of nutritional benefits, are versatile, and are delicious. In this article, we will share the benefits of this healthy and nutritious root and vegetable pairing and offer a recipe for a warming, turmeric cauliflower soup that you can enjoy on cold winter days.

Turmeric has been used for centuries as food and as an herb to assist with many imbalances. Its tough, fibrous root (the rhizome) is where its beneficial properties lie and give it its yellow color. Curcuma longa, whose Latin binomial comes from the Arabic name Kurkum, has also been called The Yellow One and Golden Goddess in Sanskrit (Gallant, n.d.).

Besides giving Indian curry its beautiful golden hue, turmeric has been used as a dye in packaged foods such as mustard and chicken broth (Gallant, n.d.). Turmeric can even be used as a natural, plant-based dye for fabrics like silk, cotton, and wool (Kayne, 2016).

Where wellness benefits are concerned, turmeric is most well-known for its anti-inflammatory properties (Gallant, n.d.). Turmeric is in the Zingiberaceae family, which is also home to its cousin ginger (Zingiber officinale). Turmeric is native to India (and a staple in Indian cuisine), but it can also be grown in other warm climates around the world. In ayurvedic herbalism, turmeric is commonly used to balance the doshas: vata, pitta, and kapha (Gallant, n.d.). 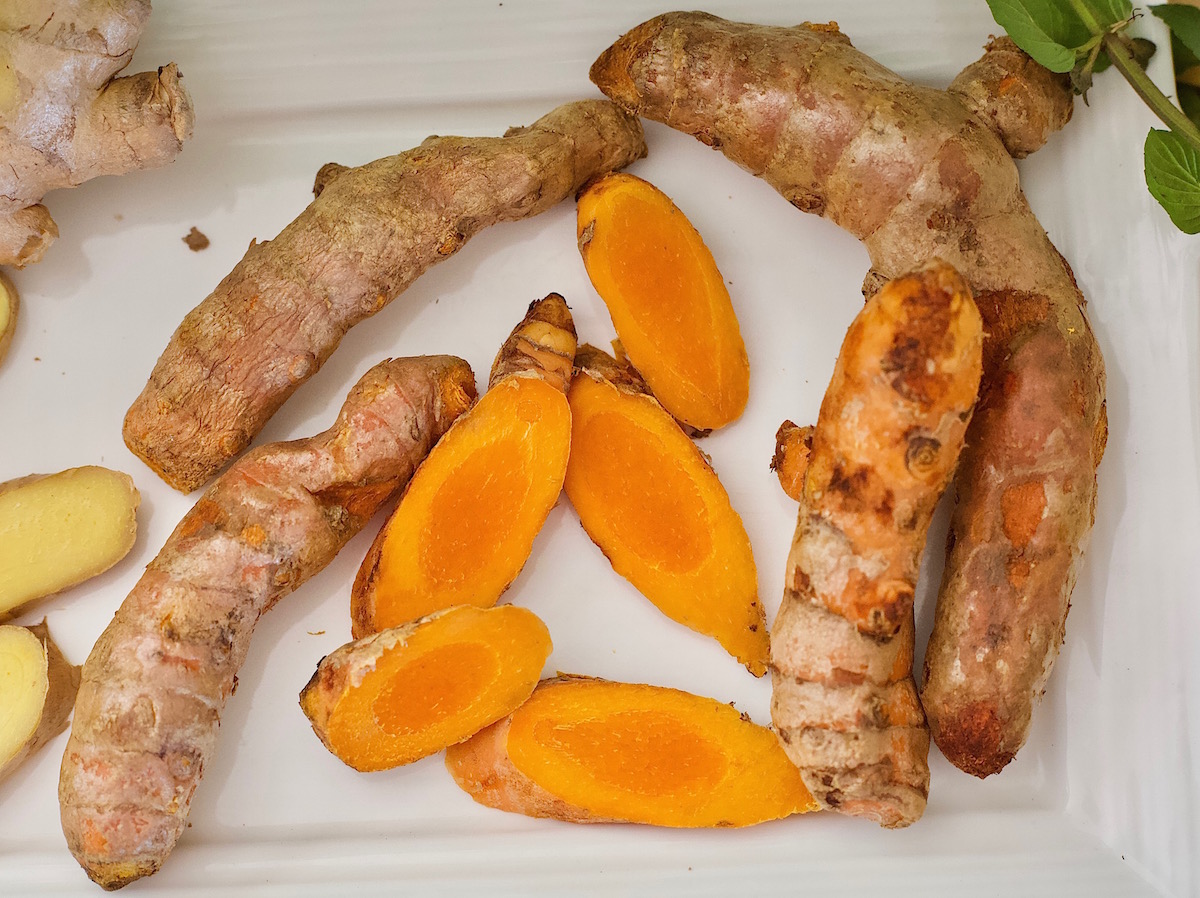 Benefits and Uses of Turmeric

As mentioned earlier, turmeric is most commonly used to assist the body when inflammation is present. It is believed that turmeric helps to inhibit an inflammatory gene by helping to lower histamine levels, subsequently increasing natural cortisone production by the adrenal glands (Rathaur, Raja, Ramteke, & John, 2012).

It has been found that turmeric can aid in health issues such as osteoarthritis (Kuptniratsaikul, Thanakhumtorn, Chinswangwatanakul, Wattanamongkonsil, & Thamlikitkul, 2009), back pain, and general inflammation (Rathaur et al., 2012), and according to a 2006 study, curcumin is also considered an antioxidant (Khor et al., 2006).

Turmeric can also benefit digestion by assisting the body in producing digestive enzymes that help the body to digest fats, thus supporting liver detoxification (Rathaur et al., 2012). While turmeric has been found safe for many to take in high amounts without side effects (Rathaur et al., 2012), some individuals can be more sensitive to turmeric so it’s best to start at the low end of a suggested dosage and slowly work up from there.

Many studies show that turmeric should be combined with black pepper to enhance the bioavailability of curcumin. Curcumin is a curcuminoid most often researched as turmeric’s primary active compound. The addition of black pepper will aid in the absorption of curcumin in the body and also facilitate the production of digestive enzymes (Shoba, 1998). Traditionally, most recipes with turmeric also include black pepper.

Curcumin is also fat-soluble, meaning that in order to obtain the benefits of the herb you should combine it with a portion of fatty food or substance. This means, if you simply put turmeric in water, you may lose out on curcumin’s benefits (Higdon, Drake, & Delage, 2005). For this reason, coconut milk is used in the recipe below.

It is also believed that turmeric should be heated in order to make the curcuminoids more bioavailable to us (Kurien & Scofield, 2009). This is likely why we most often find turmeric in traditional recipes of soups and curries. 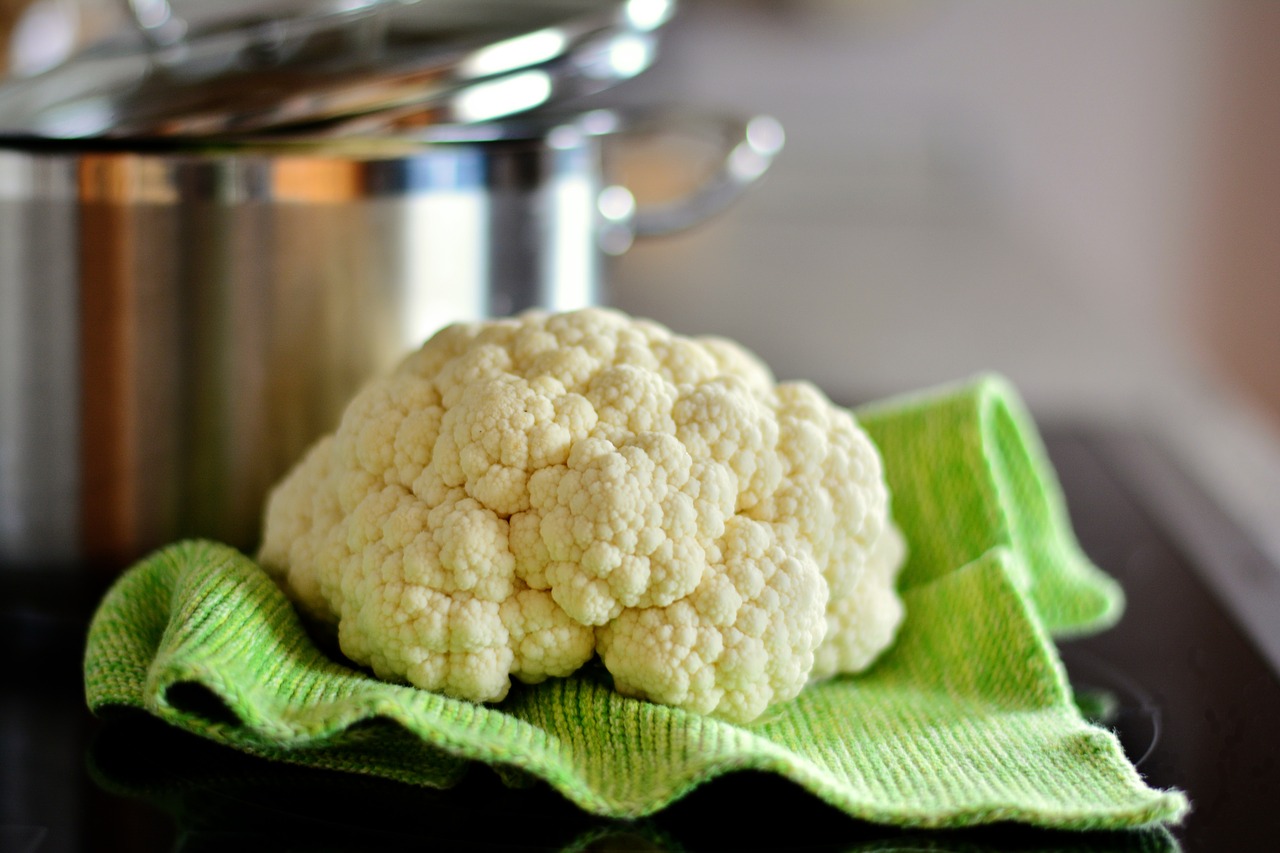 If you shop in a natural foods store, you may find that a growing number of packaged items are made of cauliflower these days, from pizza crust to mashed “potatoes” to cauliflower “rice.” The list goes on. The use of cauliflower has become very popular in the low-carb diet world as a substitution to grains or legumes making it a fantastic way to increase your vegetable intake. Cauliflower is extremely versatile; I personally enjoy it steamed, raw on a salad, or dipped in hummus. The turmeric cauliflower soup recipe below offers the option to roast and puree the cauliflower, creating a warm, creamy, and delicious soup.

Cauliflower is a wonderful dietary addition as it is widely available and affordable. It is also an excellent source of antioxidants and nutrients (Elliot, 2017). While it is low in calories, it still packs a punch with its high nutritional value and vitamin content with one serving of cauliflower containing over 75% of the recommended daily value of vitamin C (SELF Nutrition Data, 2018). According to Dr. Joseph Mercola (2014), cauliflower is a great source of vitamin K, protein, riboflavin, niacin, magnesium, phosphorus, vitamin B6, folate, pantothenic acid, potassium, and manganese. It is also high in fiber which supports healthy digestion and also aids in the detoxification process in the body (Mercola, 2014).

Cauliflower is rich in choline which plays an important role in brain health and development (Elliot, 2017). Another reason cauliflower is known to be a nutritional powerhouse is that it contains the potent antioxidant sulforaphane. Research shows that sulforaphane may also help to reduce high blood pressure and support overall heart health (Yang et al., 2015).

According to the National Cancer Institute (2012) and Abdull Razis & Noor (2013), cruciferous vegetables contain many unique antioxidants and compounds that may reduce inflammation, help protect against cancer cell growth, and even shrink existing cancer cells. 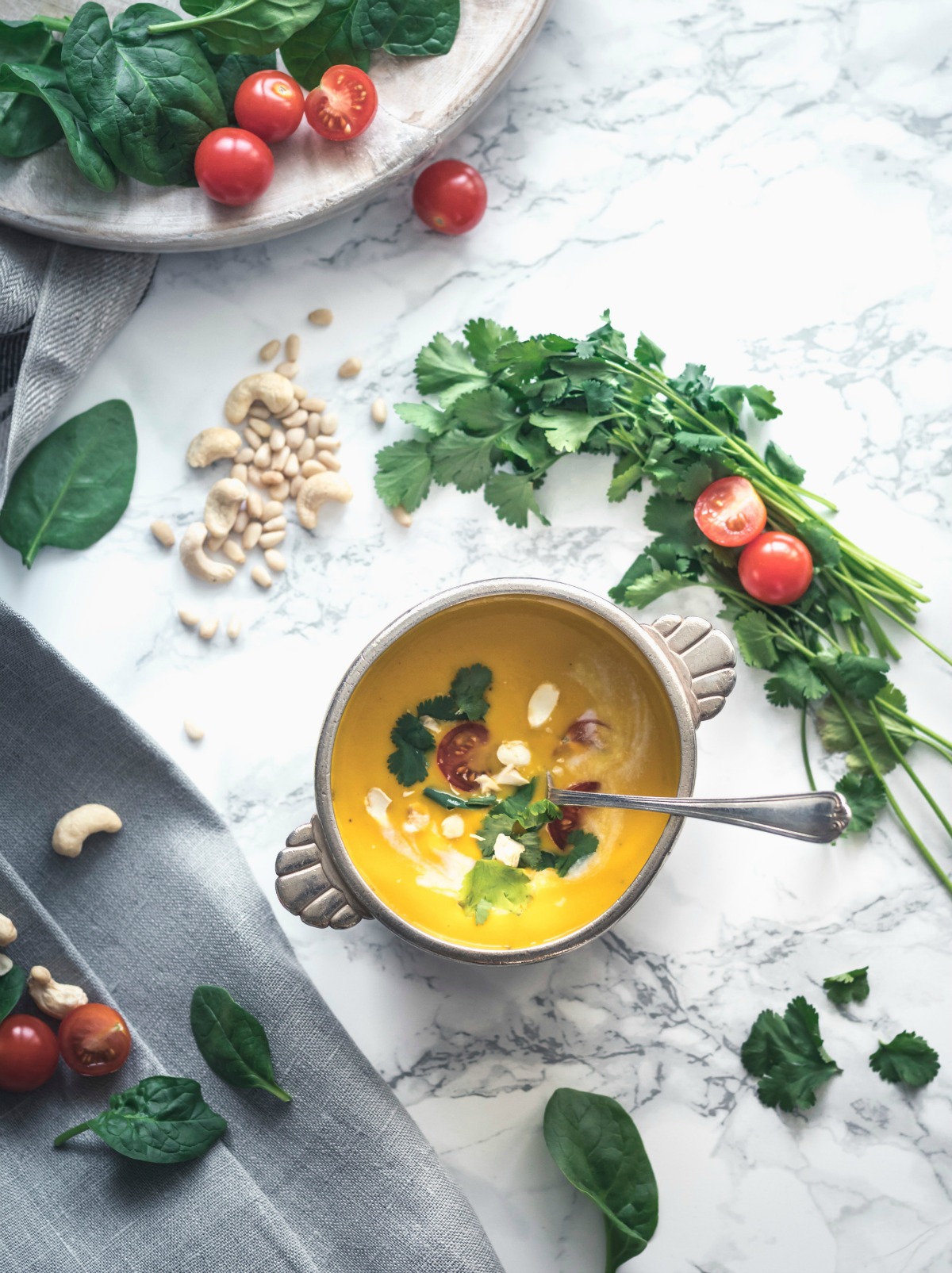 How To Make Turmeric Cauliflower Soup

Elliot, B. (2017). Top 8 health benefits of cauliflower. Retrieved from https://www.healthline.com/nutrition/benefits-of-cauliflower

Katie is a certified herbalist and holistic health coach in San Diego where she runs a community pop-up shop that provides herbal and wellness education to the community. She is passionate about natural living, herbalism, aromatherapy, wellness, and spirituality. Connect with her on her website, Etsy shop, or Instagram.