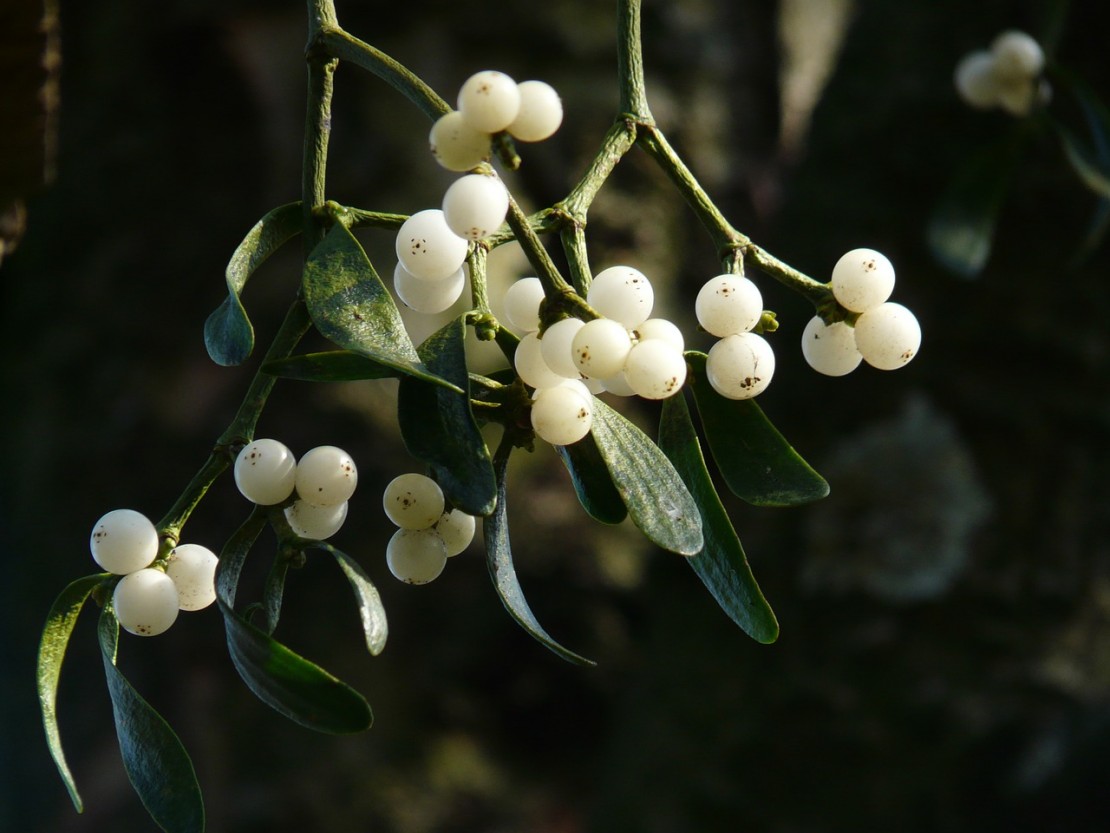 The familiar, white-berried token of the winter holiday season, mistletoe, is a parasitic plant that grows on the branches of several species of trees. Mistletoe burrows roots into the inner wood of trees and feeds from their sap, and a heavy infestation with mistletoe can kill branches of the host plant or even the entire host. Mistletoe seeds are mainly spread by bird droppings. Thirty or more species of mistletoe can be found worldwide, and Phoradendron favescence is the North American variety. However, it is the European mistletoe, Viscum album, that is the variety that herbalists have treasured for centuries. 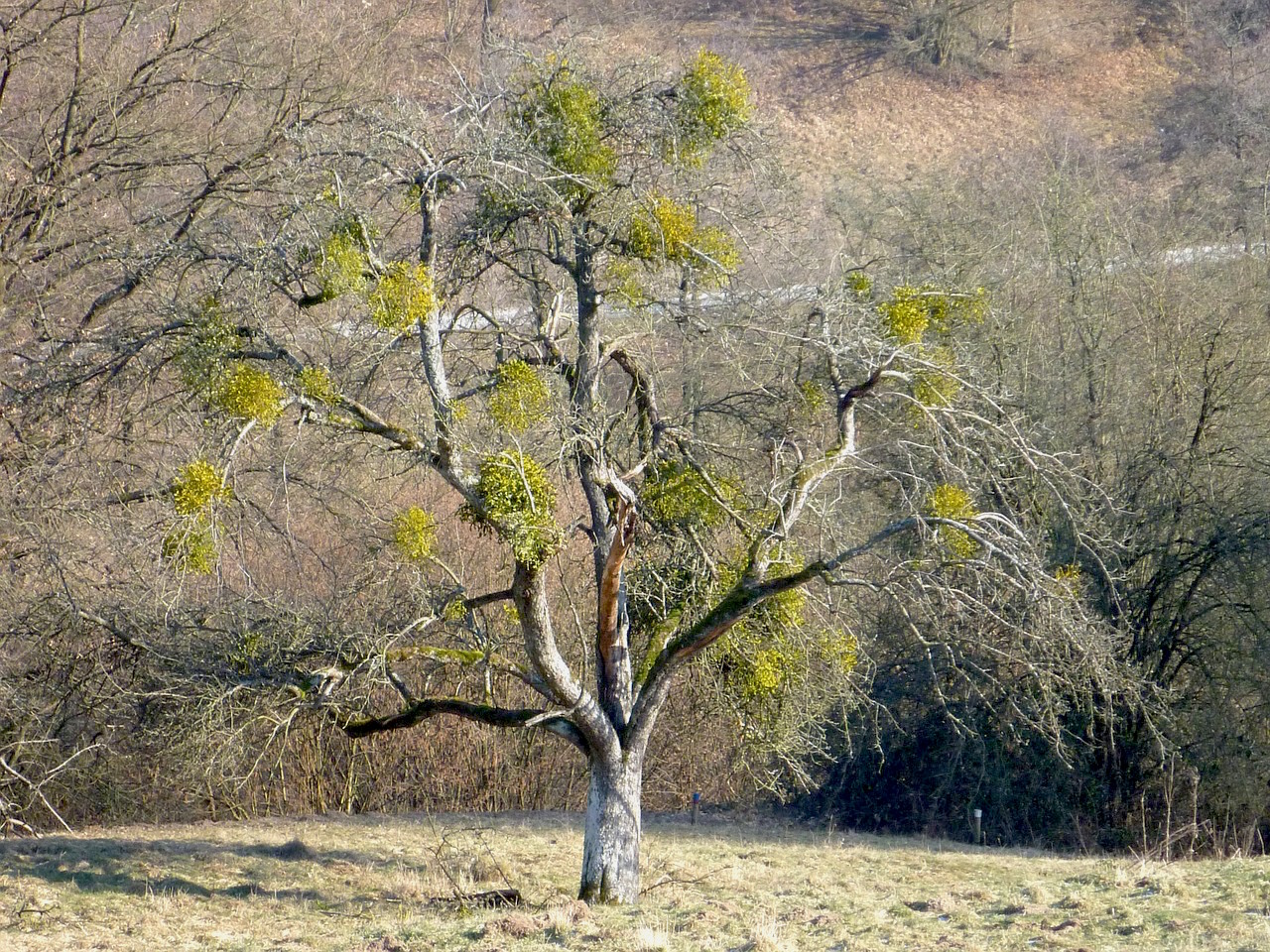 According to Ms. Grieve in A Modern Herbal, historical uses of mistletoe focused on the nervous system. Convulsions, hysteria, neuralgia, and complaints “arising from a weakened and disordered state of the nervous system,” were the most common uses, but it was also sometimes employed in urinary disorders and heart disease. It was used as heart tonic for some cases of typhoid fever in place of foxglove, because it strengthened the force of the heartbeat and increased heart rate. She also mentions that a formula of mistletoe, valerian, and vervain was given for “all kinds of nervous complaints.”

Outside of its herbal uses, there are also interesting references to mistletoe in mythology and lore. Maude Grieve, in A Modern Herbal, relates this tale of mistletoe, which explains our custom of kissing beneath the mistletoe:

“Shakespeare calls it ‘the baleful Mistletoe,’ an allusion to the Scandinavian legend that Balder, the god of Peace, was slain with an arrow made of Mistletoe. He was restored to life at the request of the other gods and goddesses, and Mistletoe was afterwards given into the keeping of the goddess of Love, and it was ordained that everyone who passed under it should receive a kiss, to show that the branch had become an emblem of love, and not of hate.” 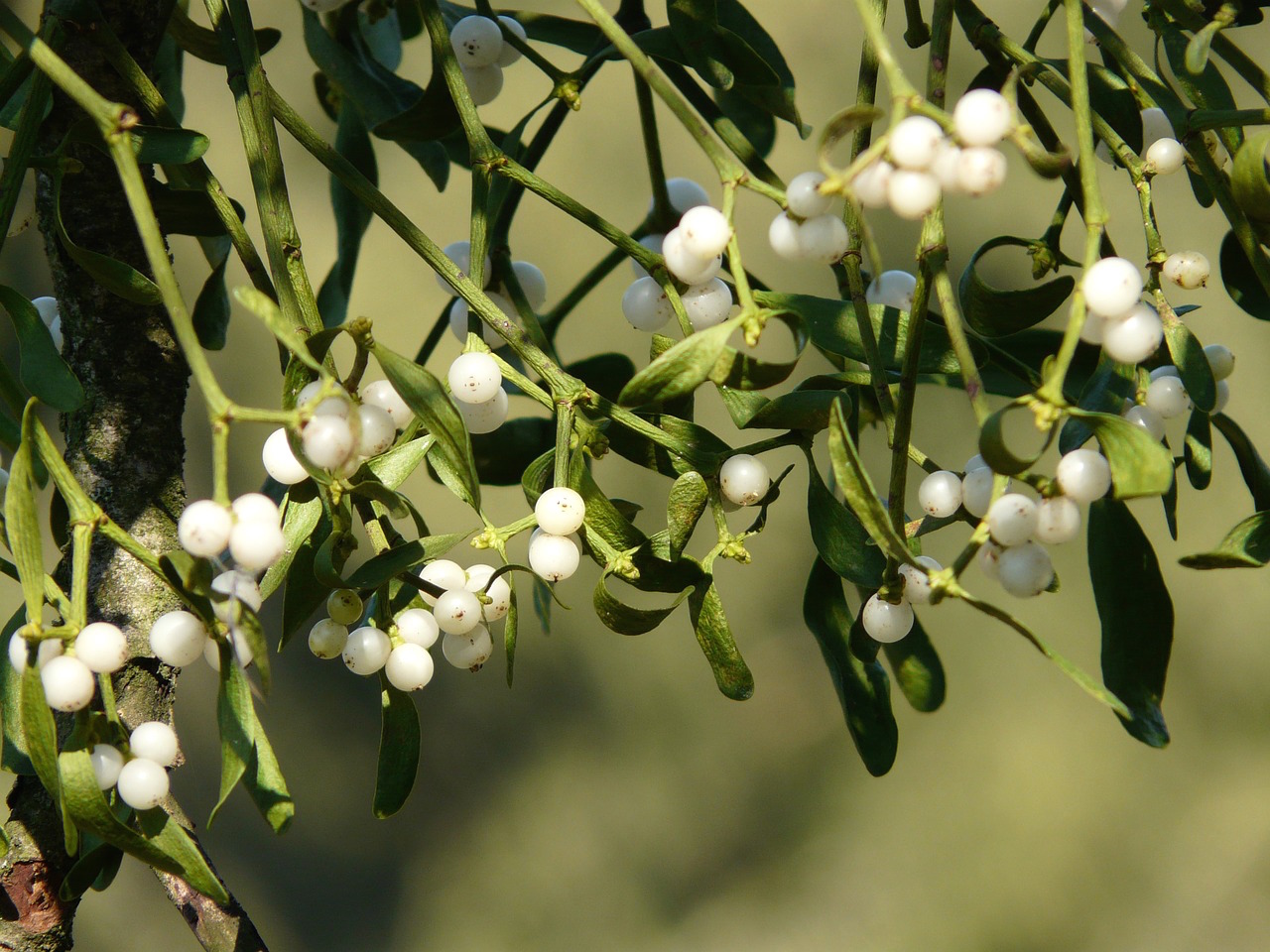 Matthew Wood, in The Earthwise Herbal: A Complete Guide to Old World Medicinal Plants, also delves into the historical uses of mistletoe, but additionally gives a more modern herbal perspective from his use and the use of other contemporary herbalists. He notes that mistletoe also appears to modify glucose regulation. In Medical Herbalism: The Science and Practice of Herbal Medicine, David Hoffmann classifies it as a hypotensive.

Wood also has this to say about mistletoe’s influence on the circulation and cardiovascular system:

“Mistletoe opens up circulation to areas that have been cut off from adequate blood supply by tension. It reduces cardiovascular tension and blood pressure, while bringing in new blood, blood sugar, and healing to areas long cut off, tensed up, weakened, or damaged.”

According to Wood, mistletoe is a nervine that promotes contemplation, reflection, and recovery, and is beneficial when there has been the loss of a loved one.

In the 1919 American Materia Medica, Finley Ellingwood noted that mistletoe was used  for “paroxysms of . . .rending pains, rheumatic and neuralgic, it is a pain subduer of much power.” 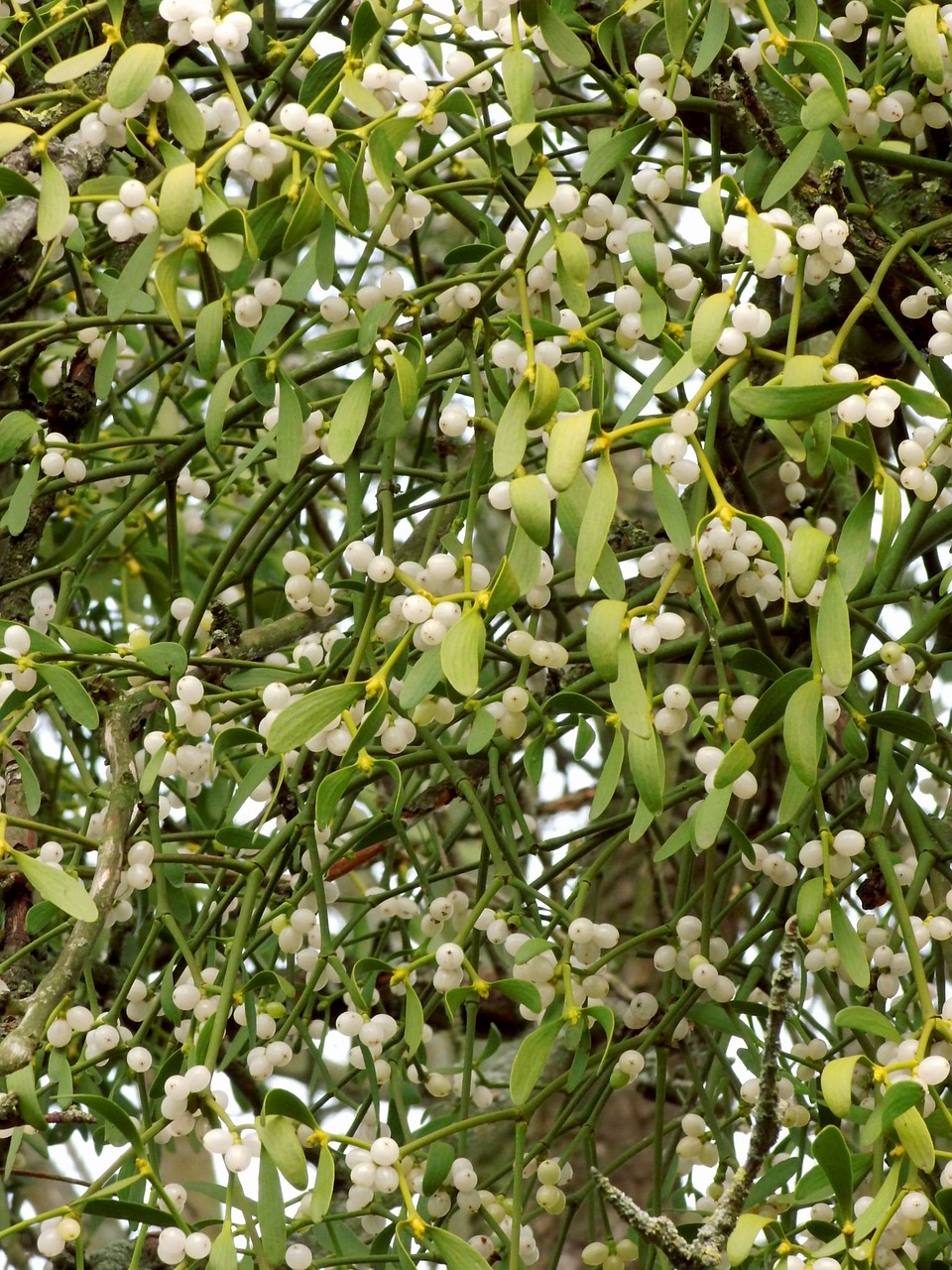 Modern scientific research tends to focus on the immune enhancing properties of this herb and how they relate to cancer research (Wrotek, et al., 2014). Mistletoe is not often associated with cancer in traditional sources, but Rudolf Steiner (1861-1925), the philosopher who developed biodynamic agriculture, first suggested its use for this based on the doctrine of signatures (Wood, 2008).

Although it has a fascinating historical record, mistletoe should be used by experienced practitioners only, because it is a powerful cardiac herb that can slow heart rate and there have been reports of poisoning from ingesting the leaves and berries (Ellingwood, 1919). It should not be used in combination with drugs for asthma (Wood), and because of a historical use as an aid to labor, it should be avoided during pregnancy unless under the guidance of an experienced practitioner. European mistletoe should not be confused with American mistletoe.