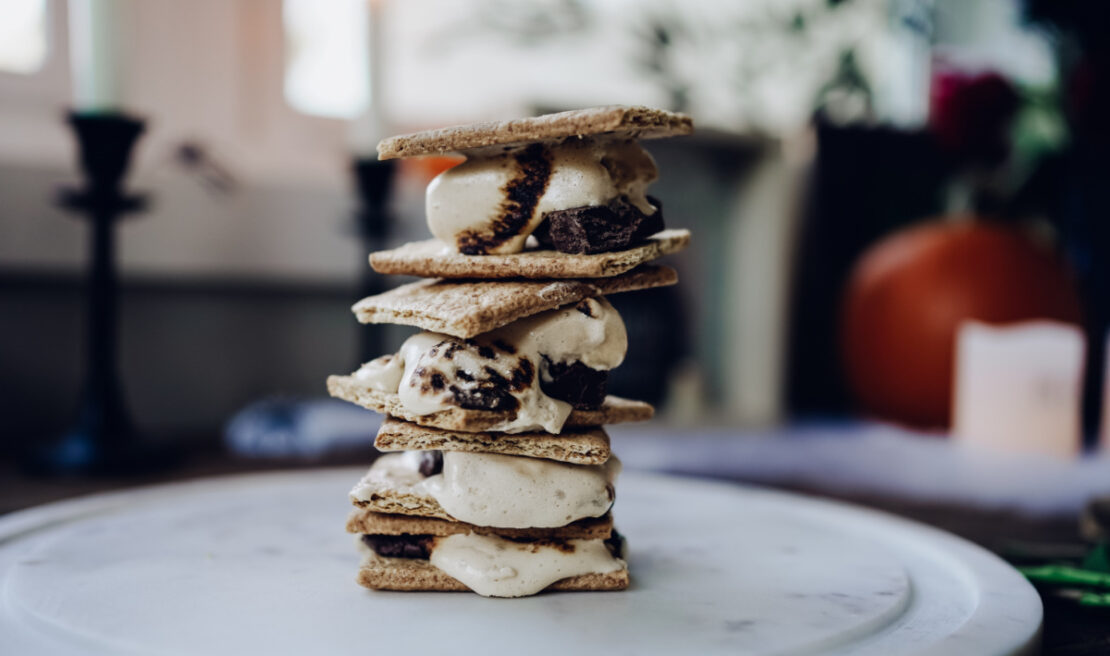 Create your own black flame chocolate, dripping in herbal goodness with a hint of rose flavor. Whip up homemade fluffy marshmallows made with the very ingredient they were named after — marshmallow root (Althaea officinalis). Sandwich them between two graham crackers and you’ll have the tastiest bite of s’mores you’ve tried yet!

Actually, it’s been nearly 30 years since the Sanderson Sisters flew across the big screen. Time sure does fly, and some say so do broomsticks on All Hallows’ Eve! Here at the Herbal Academy, we are big fans of the movie Hocus Pocus. Team member, Heather, especially so. For the anniversary and premier of the sequel to the classic Halloween tale, she is sharing an herbal chocolate s’mores recipe so divine, you’ll be positively bewitched. 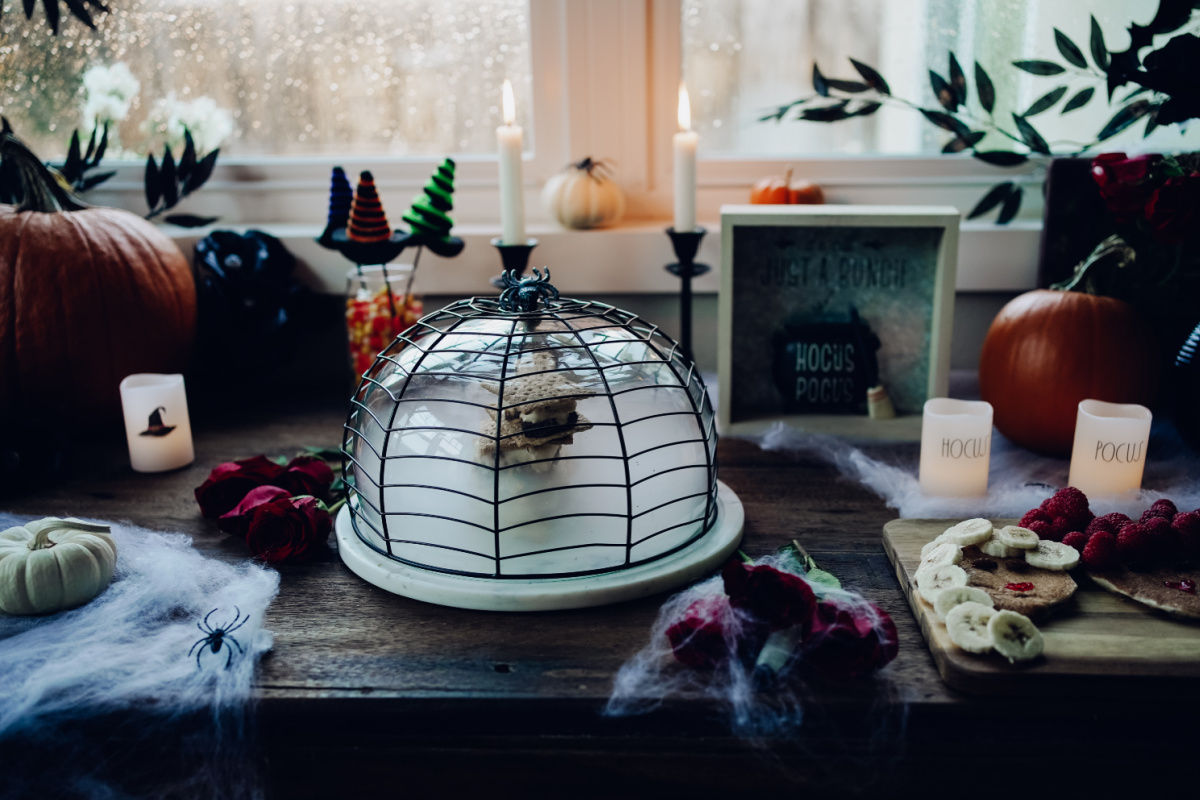 This recipe is a creative spin on s’mores for a classic Halloween movie. As the leaves fall and temperatures begin to drop, traditions emerge from storage boxes, outdoor fire pits start to roar, and recipes are pulled from the pantry. As kids, getting to toast our very own marshmallow was such a highlight. Watching the fluffy white delectable morsel bounce and kiss the fire with each flick of the wrist was mesmerizing. S’mores, let’s be honest, are a year-round treat. But they somehow taste better when enjoyed out by the fire on a crisp fall night. Save this recipe for the next family fun evening—it makes the perfect pairing with a watch party for the newest Hocus Pocus! 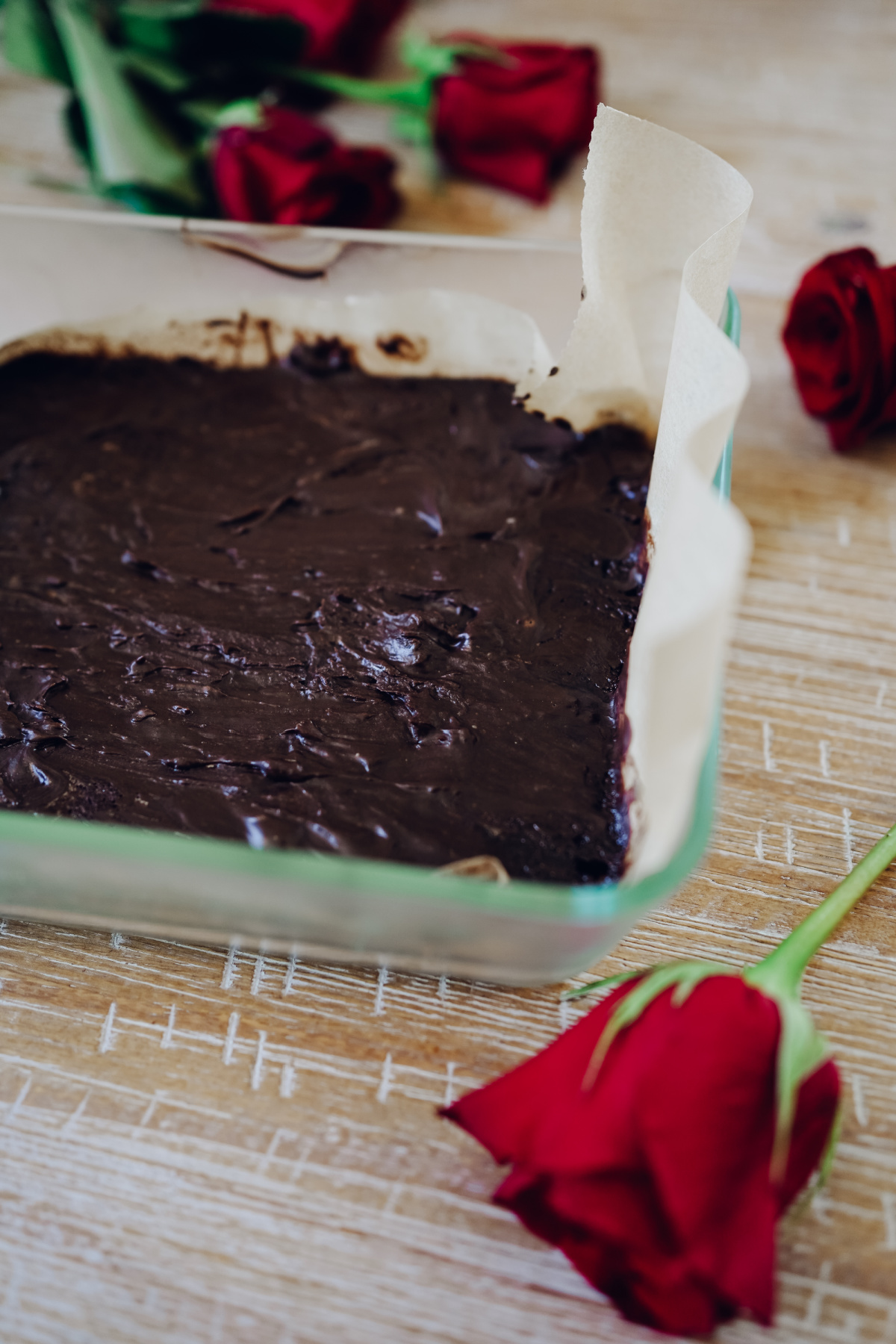 To make this Black Flame Herbal Chocolate recipe, creamy, rich dark chocolate melts into a pool of delicious liquid, and then rose simple syrup is drizzled into the chocolate bath. Together, they mix and create a divine chocolate bite. The bitterness of the dark chocolate is balanced by the sweetness of the rose. This is a pairing so great, you’ll go back for seconds! Rose (Rosa spp.), notably known for its sweet scent and beautiful petals, is used in various baking recipes. The delicate rose tastes exactly how it smells, aromatic and sweet; it infuses a unique flavor into the chocolate. Adding rose simple syrup is a great way to elevate your sweet treat recipes, such as these s’mores. 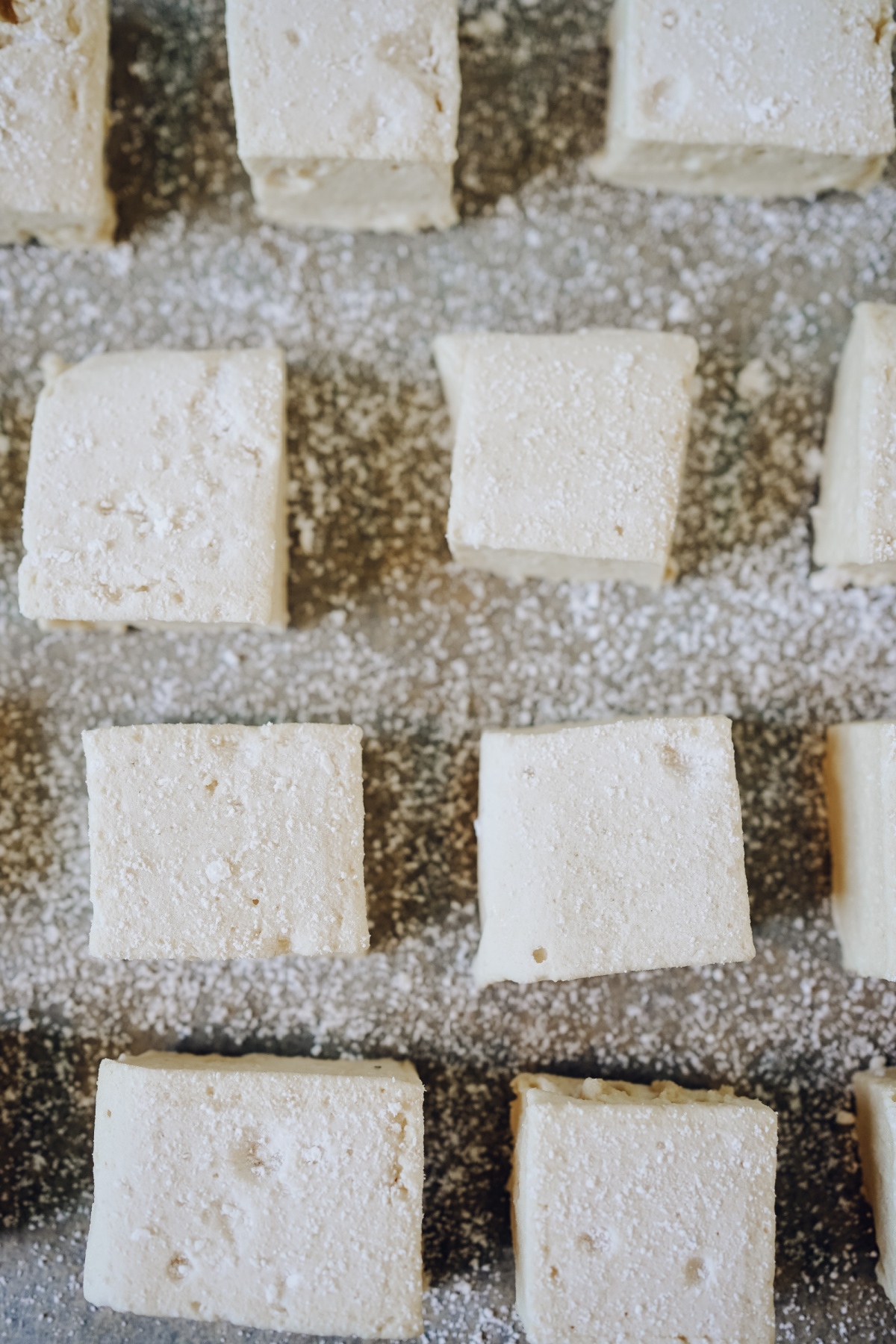 Gooey, sticky, oh-so-worth-it marshmallows are incredibly easy to make yourself. A little time and a lot of mixing and poof, you’re a marshmallow maker now! We couldn’t just make any old marshmallow now, could we? We’ve elevated these marshmallows with sweet maple sugar, that’s right! Using sugar made from maple syrup is a new favorite. The maple flavor in these marshmallows is otherworldly, so sweet, and just perfectly paired with the rose dark chocolate.

The other ingredient that goes into the marshmallow making is maple syrup. Double maple? Sign me up! Maple syrup is a great alternative sweetener and contains invert sugar that helps prevent crystallization to produce a smooth consistency.

Last but not least, there is none other than marshmallow root itself. The wonderful thing about infusing recipes with various herbal ingredients is that you get a dose of some of the benefits the plant provides. In this case, marshmallow (Althaea officinalis) root has substantial calcium and is an excellent source of trace minerals (Pedersen, 2011). It is said that the Egyptians squeezed sap from the mallow plant and mixed it with nuts and honey. This tradition was later passed down and became popularized by the French in the early-to-mid-1800s. Candy makers whipped sap from the mallow root into a fluffy candy mold (National Confectioners Association, n.d.). It was a time-consuming process and since the demand was high, gelatin was eventually used as a time-saving replacement. Therefore, the marshmallows we see today no longer contain any marshmallow root. This recipe is an homage to the traditional method, but for ease of making, it includes gelatin as well. 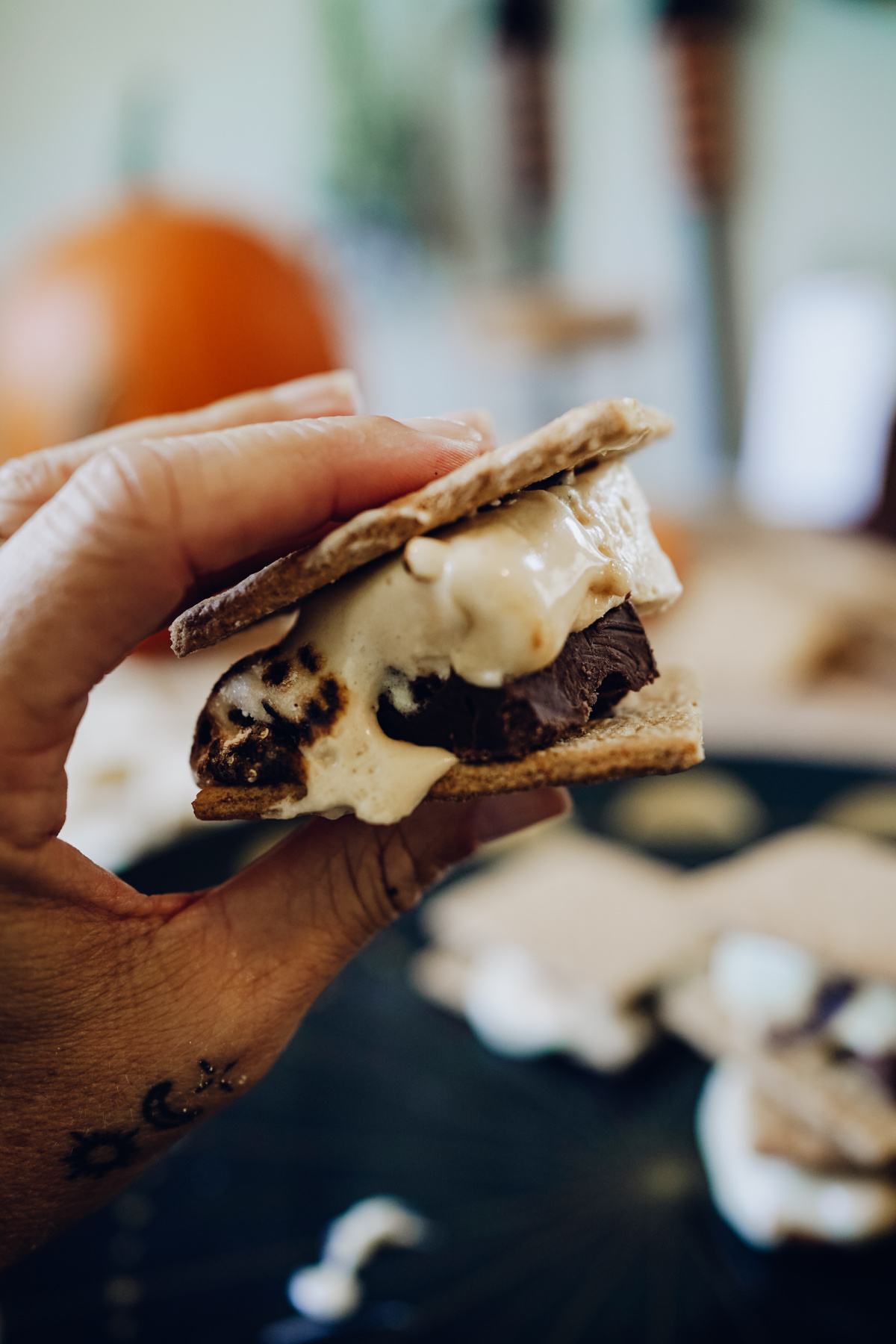 It’s all just a bunch of hocus pocus and a few herbal ingredients to create your very own Sanderson Sisters S’mores. Filled with rich rose-flavored Black Flame Herbal Chocolate and homemade Maple Sugar Marshmallows with Marshmallow Root, each bite is so delicious, it just may bring back the sisters! 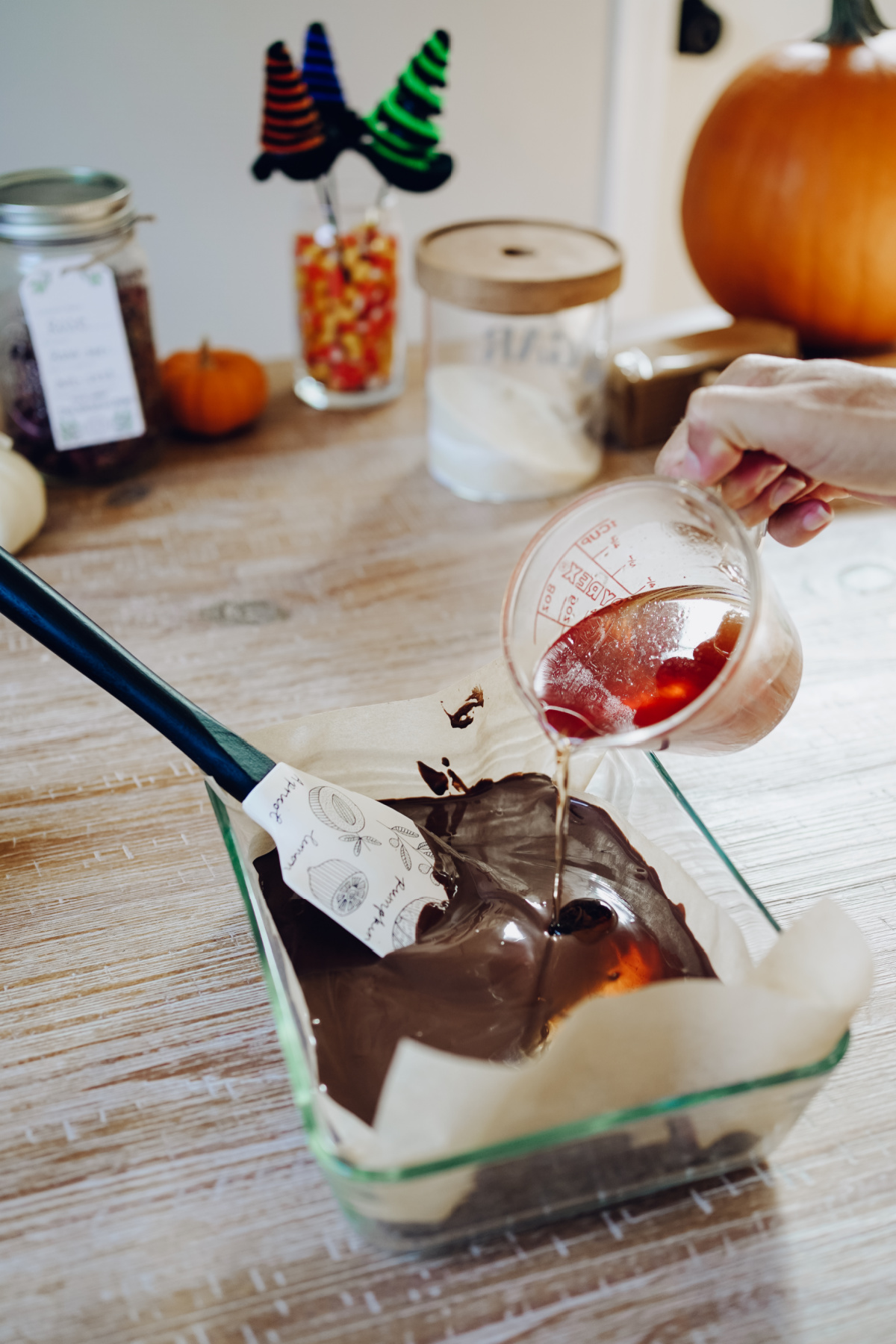 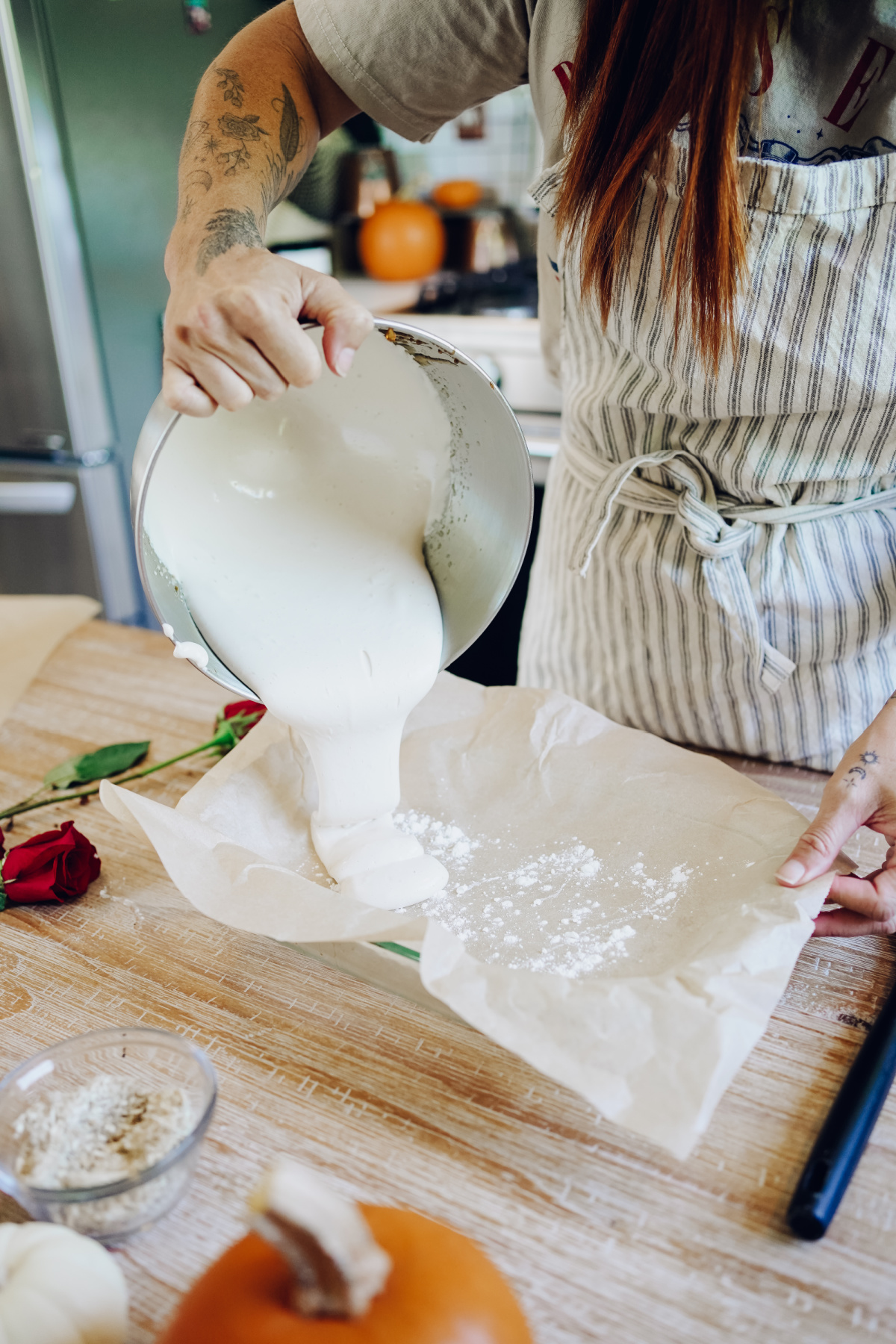 To assemble these Sanderson Sisters S’mores, lightly toast your marshmallow. No fire pit? No problem! A stovetop fire will work too, just place the marshmallow onto a skewer and lightly toast. Too much toasting and these homemade marshmallows will quickly melt. Place a square of herbal chocolate and your lightly toasted marshmallow root marshmallow between two graham crackers and enjoy! 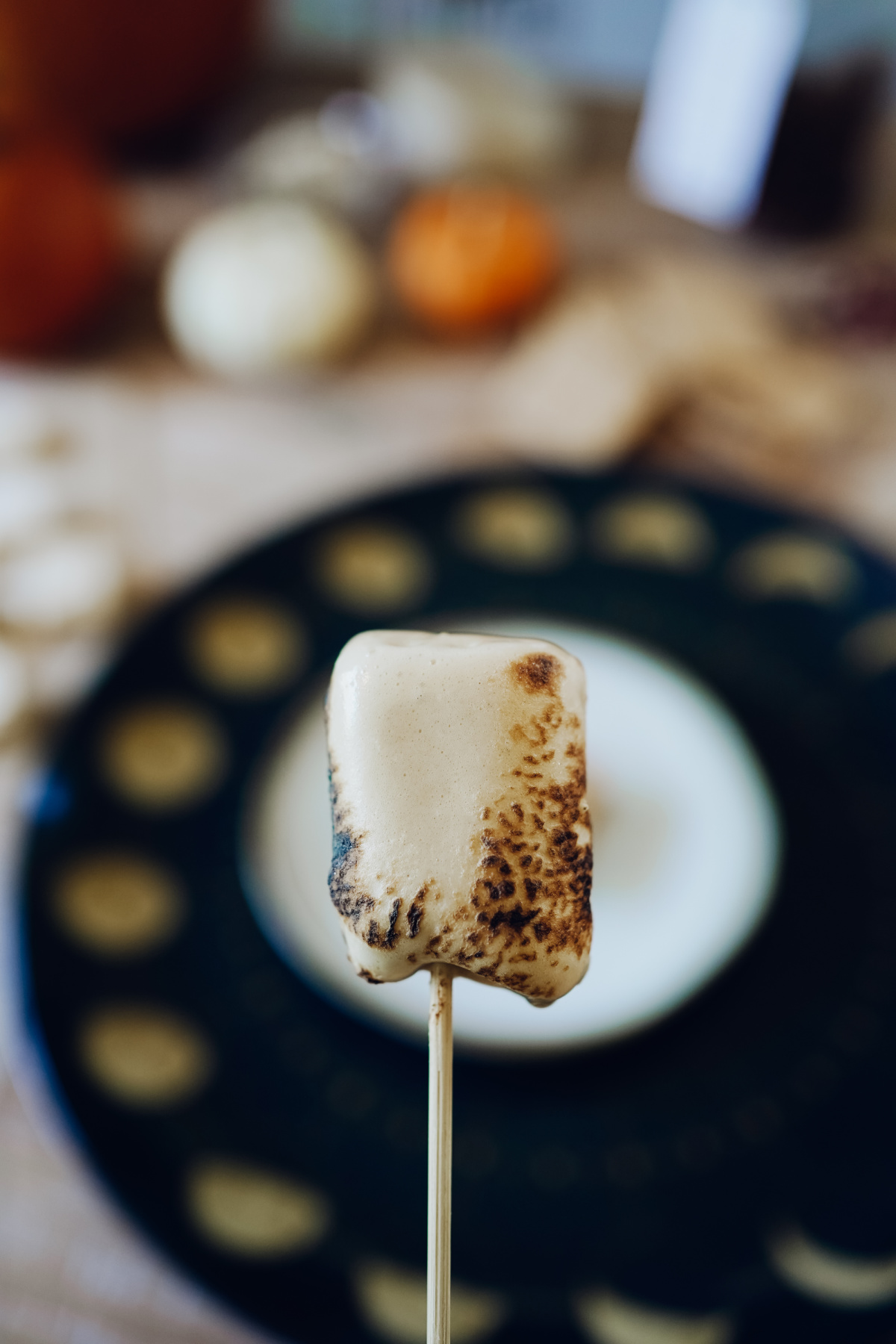 These gooey, oh-so-delicious s’mores are as memorable as the movie after which they are named. Pair your tradition of watching Hocus Pocus with these easy-to-make Sanderson Sisters S’mores. The pillowy texture, sweet herbal flavors, and unique ingredients take s’mores to the next level! 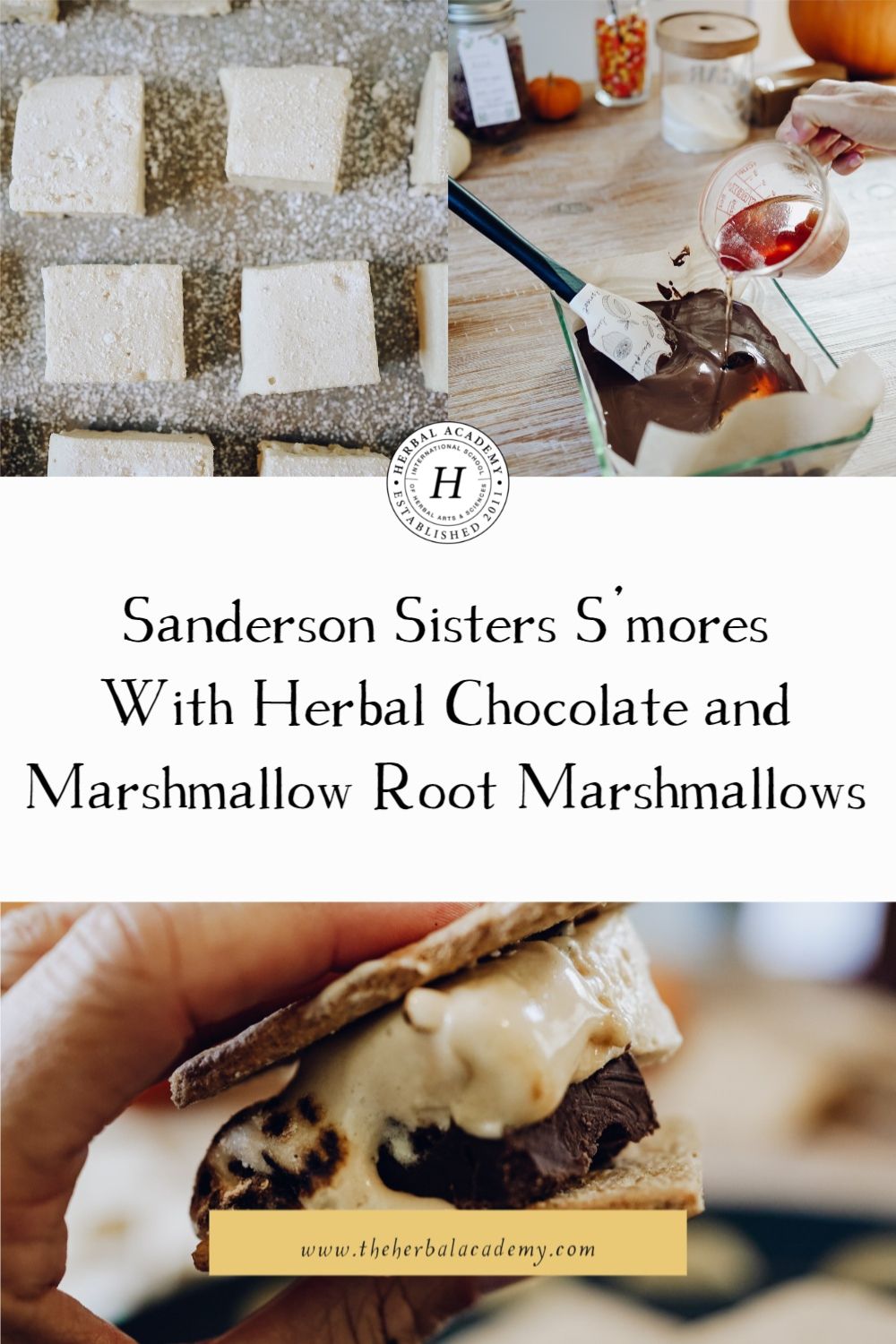