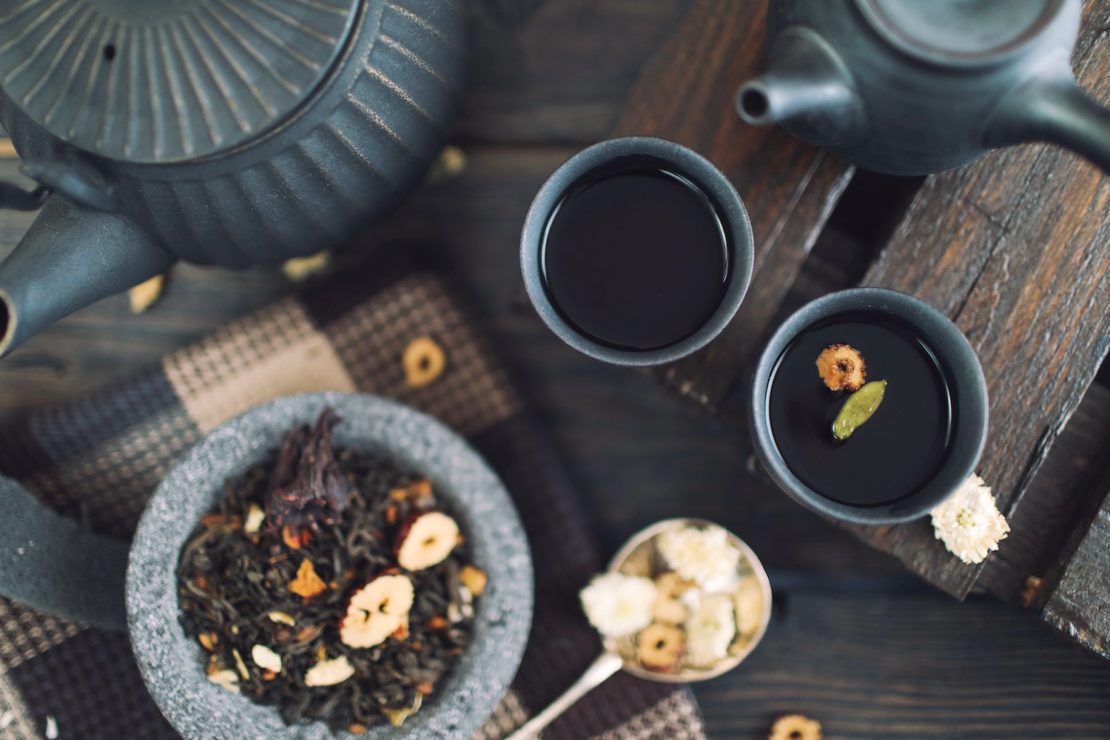 With the dawning of the New Year, many of us seize the occasion to set new intentions, call in new energy, and replace old, stagnant habits with new, refreshed ones. What better way to cultivate new energy in your life than to utilize some of your herbal allies for assistance? We encourage you to give this New Year Herbal Tonic recipe a try and see if it helps get some of that vital energy flowing on a daily basis this year.

What is a “tonic” anyways? This term is used quite loosely among mixologists, herbalists, and wellness “gurus” since its meaning can be quite broad.

Essentially, herbs which possess regenerative and rejuvenating properties are considered “tonics.” They focus on increasing a specific system’s tone and promote overall nutrition (Tierra, 1988). This interpretation is largely drawn from Eastern perspectives on healing since in Western practice it is often unincorporated or focused largely on cleansing and purging techniques to address states of stagnation and excess (Kiriajes, 2010; Tierra, 1988).

It is possible for several different herbs which are not considered tonics individually, to come together in a formula and create a tonic, or tonifying, formula. This is a sign of herbal synergy, or the power of combining herbs to create a deeper, potentizing effect (Tierra, 1988). 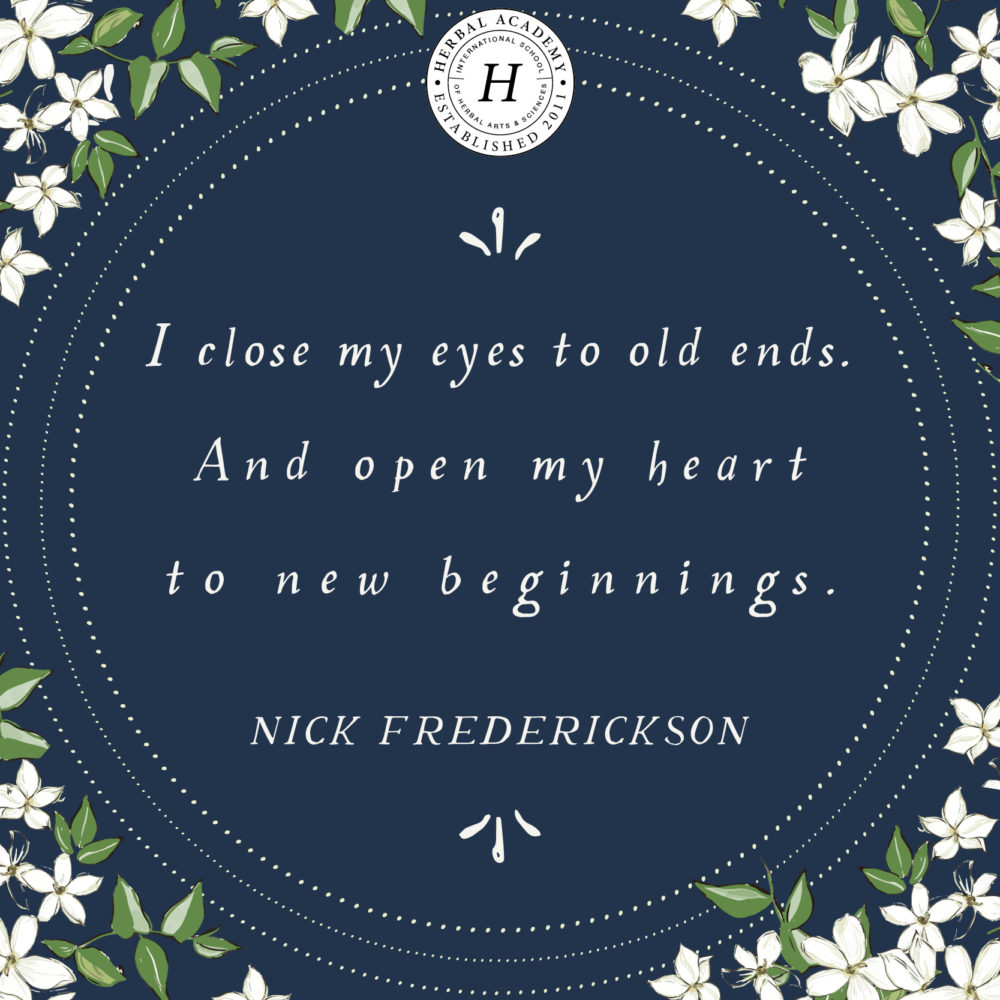 Benefits of Drinking a Daily Tonic

Why drink a daily tonic? In many traditions, practices, and protocols, it is customary to drink a particular herb or formula to tonify, strengthen, and enliven the vital energy for the day or task ahead.

While some people consider their morning cup of coffee a tonic, this stimulating drink doesn’t fit neatly into either the Eastern or Western definition of a tonic. That’s not to say coffee doesn’t have benefits; traditionally in Ethiopia, coffee is prepared as a ritual ceremony and taken to tonify the circulatory system, easing pain and headaches (Rätsch, 1998), and research suggests coffee has an inverse relationship with cardiovascular disease (Ding et al., 2014). However, Western consumption of this herbal stimulant occurs frequently and often in large amounts, and is often used to increase our productivity when other factors important to wellness such as adequate sleep and stress reduction are overlooked, pushing us into a state of deficiency. Instead, we can seek out a supportive herbal tonic that can be enjoyed daily. 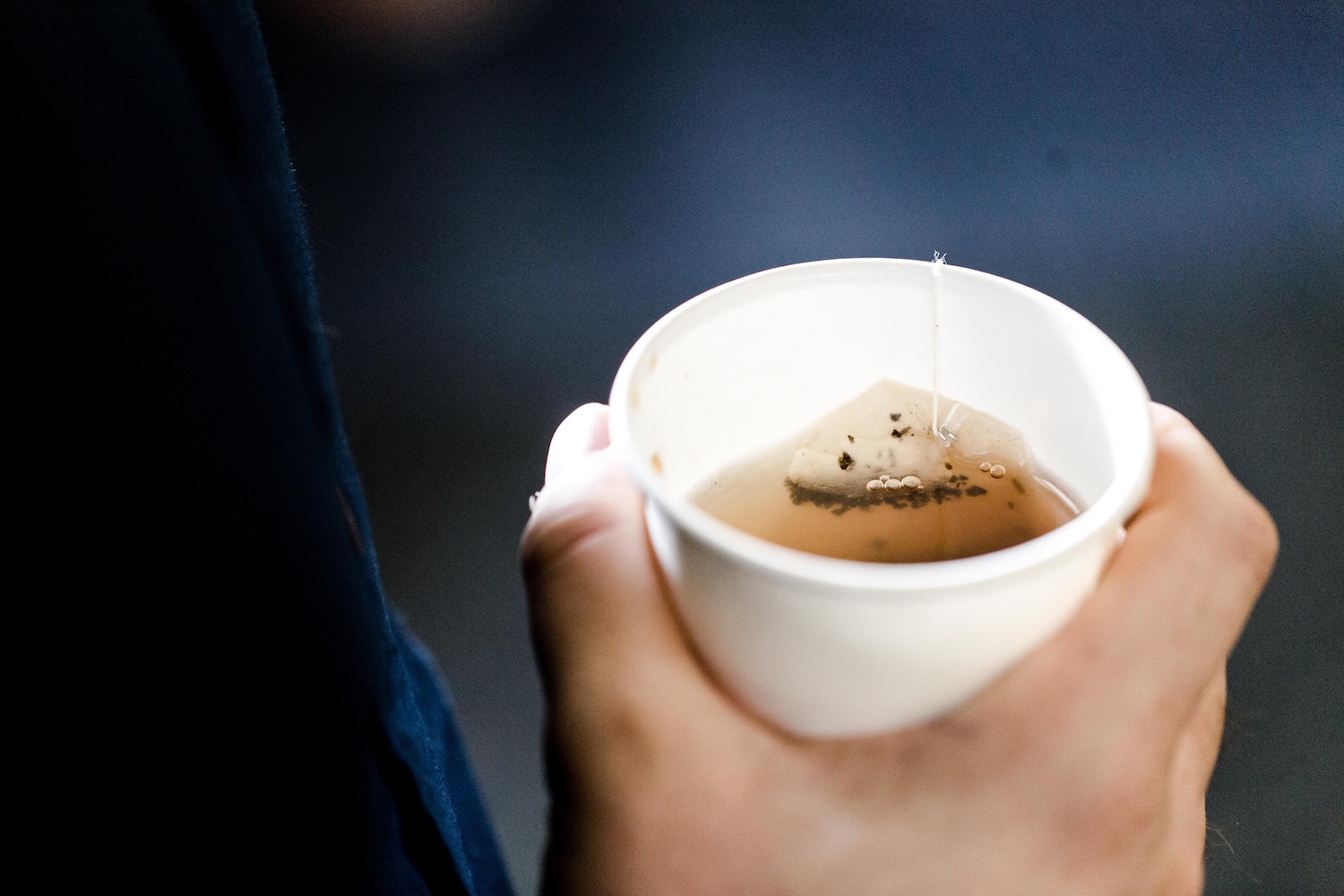 This New Year Herbal Tonic recipe is focused on tonifying and increasing vital energy in the body (also known as Qi, Chi, Jing, Essence, Prana, and Ojas). By boosting our vital energy, we attain more stamina and feel more “alive.” Unlike stimulating adaptogens and other stimulants, the tonic herbs in this recipe are indicated and can be used for those in a more deficient and depleted state; however, they should only be utilized in the absence of a severe or acute illness (Tierra, 2010).

Tulsi is one of the premier herbs in this formula given its direct focus on balancing physical, chemical, metabolic, and psychological stress (Cohen, 2014). Tulsi offers positive effects on our cognitive function and memory through its anti-depressive and anxiety-regulating actions. While tulsi is considered an adaptogen by some standards due to its ability to help the body adapt to stressors, it is more gentle in action compared to other adaptogens, and there is a lower threshold for misuse long-term. In this recipe, tulsi offers a rising, uplifting, and mildly stimulating action.

Gotu kola is considered a prime tonic for the nervous system, helping address systemic stress through promoting a state of mental calm and clarity (Tierra, 1988). It carries an affinity for the heart and complements the other components of this recipe through strengthening the nervous system’s ability to support the rise in vital energy. Gotu kola additionally assists through helping disperse the heat generated from the next ingredient, ginger.

Ginger is considered a warming tonic herb. It ties the recipe together here by helping circulate the rising and expansive energy cultivated from the tulsi and gotu kola. Energizing tonics, in general, facilitate the release of stored vital energy throughout the body, which causes the desired stimulating effect. However, if there is not proper circulation occurring, then the energy can become stuck in the body. This causes undesired effects, like headaches, muscle tension, cramping, and more. Ginger helps prevent this from happening in this recipe by providing warming energy to the kidneys and adrenals, which also increases the vital force of the body and mind (Kiriajes, 2010; Holmes, 2007).

Lemon has long been used as an immune system tonic in many different forms. As a citrus fruit, lemon is naturally rich in vitamin C, which enhances several immune system functions (Ströhle, 2009).

In Traditional Chinese Medicine (TCM), honey is considered a fluid essence tonic (Kiriajes, 2010). Without going too in-depth into this methodology, consider this type of tonic as strengthening for all of the mucosal tissues and water-governing aspects of our bodies. Therefore, honey, being inherently moistening by nature, has an obvious connection with these bodily fluid aspects. Raw honey, in particular, offers a boost of beneficial microbes, and when sourced locally to your area, can offer support for the symptoms of environmental allergies. Given its sweet flavor, honey offers a harmonizing effect on this formula (Tierra, 1988).

Compared to other long-chain fatty acids, MCTs are able to be metabolized faster and are more readily absorbed since they do not need to pass through the entire digestive system in order to be assimilated into the bloodstream. This offers us a boost of prolonged energy through enhancing our cerebral activity and ability to focus (Cunnane et al., 2016; Foster & McGarry, 1970;  Schwabe et al., 1964). MCTs are largely extracted from coconut, which makes coconut oil a valid substitute for MCT oil if you have trouble finding it in your area. Coconut oil naturally contains some MCTs, only in a less concentrated form. Coconut oil is also considered a fluid essence tonic (see the raw honey section above). In addition to these benefits, MCT oil plays a key role in this recipe by creating an extra creamy and frothy aspect, which adds to the supplemental nourishing quality of the tonic. 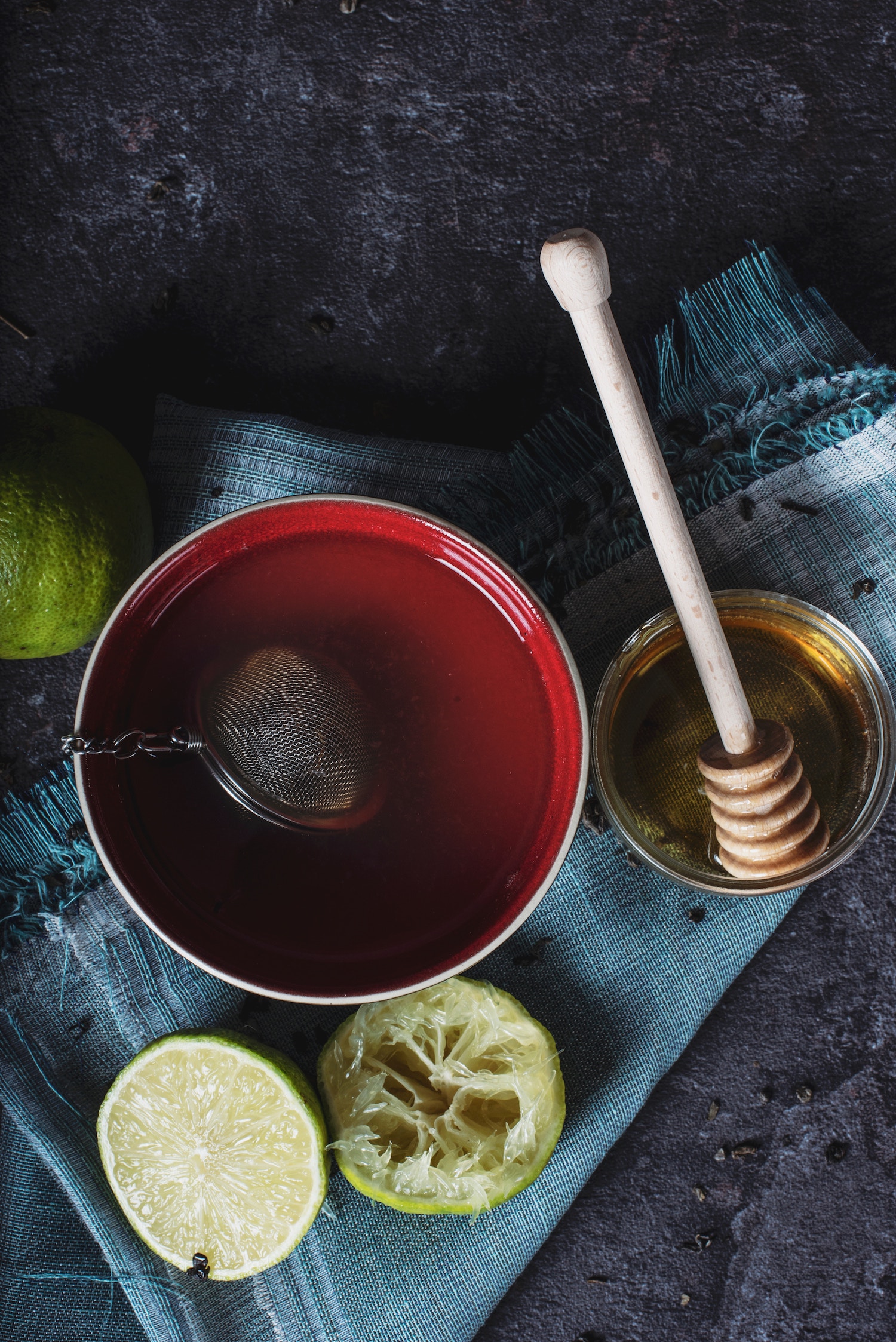 *Note: this substitution will lend a subtle coconut flavor to the tonic.

Interested in trying out more brain-boosting recipes this New Year? Check out our posts on creating a DIY Rosemary Memory Elixir or How To Boost Your Health With Matcha Tea. 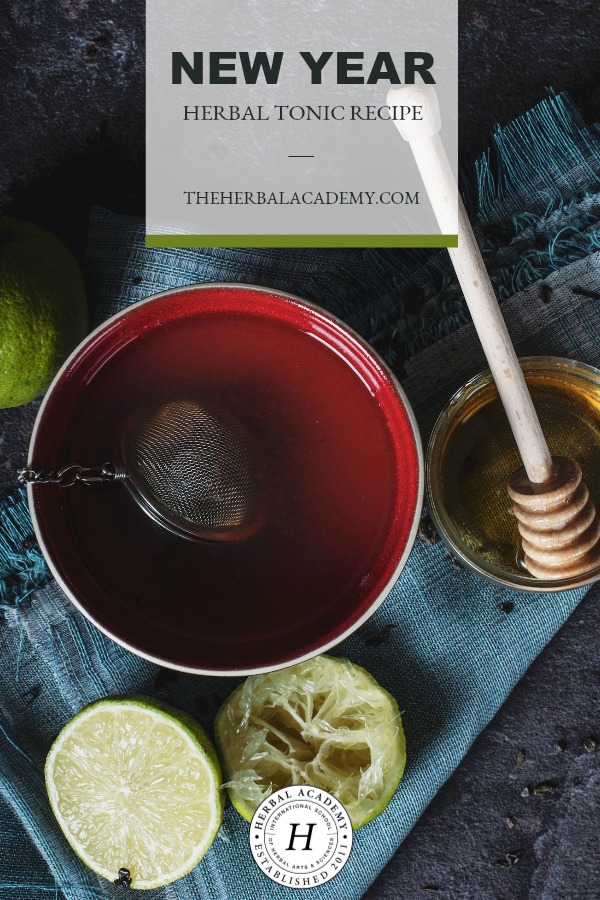 Heather is a Certified Clinical Herbalist and Nutritionist, Medical Anthropologist, Writer, Whole-Body Wellness Coach, and Holistic Educator. Connect with her on her personal website and Instagram.