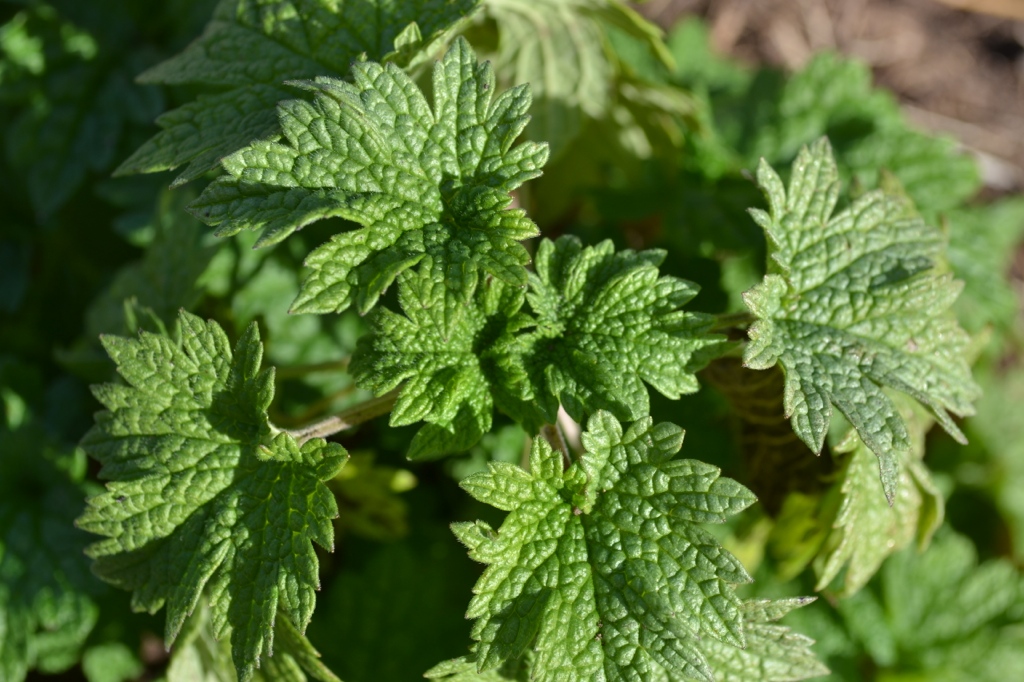 Here at the Academy, we often talk about historical knowledge and folk tradition comprising one of the legs of the three-legged stool that informs our understanding of a plant’s therapeutic uses. Scientific studies and the first-hand experience of modern herbalists are the other legs that complete the stool, balancing and reinforcing one another to give a more complete picture.

And while there is much to be learned from modern perspectives and science, we do not need to entirely reinvent the wheel in terms of firsthand experience. The accounts of herbalists of yore—be they professional herbalists with extensive study or folk herbalists with a wealth of practical knowledge—deeply enrich our study of plants. Studying historical texts and the traditional uses for a particular herb can add depth and dimension to our understanding of and connection with that herb.

Motherwort (Leonurus cardiaca) is a favorite of mine. She grows freely in my garden, is the first plant I made into a tincture years ago, and is one of the first plants with which I formed a strong connection. This first-hand experience is invaluable. There is also a fair amount of modern information on motherwort, including accounts in various modern herbals and scientific research studies. Digging into historical sources and old-timey herbals feels like a bit of a treasure hunt, and is also an important reminder that folks have been teasing out the properties and energies of plants for a very, very long time. What a rich tradition herbalism is! With a little research and digging, I was able to round out and enrich my understanding of motherwort. Let’s take a walk through history to see how our current understanding has evolved!

It is oft cited in modern herbals that the ancient Greeks employed motherwort for the heart and for pregnant women suffering from anxiety. However, a reference is never given to substantiate those uses! There does not appear to be mention of motherwort in De Materia Medica, the tome written by Dioscorides, a Greek physician and botanist (published in 64 CE). Motherwort is also not mentioned in Enquiry Into Plants (published sometime around 300 BCE), a botanical treatise written by Theophrastus, a student of Aristotle who could well be considered the grandfather of botany. Pliny the Elder’s The Natural History, which was likely published 77 CE, discusses a plant called femur bulbum “which is good for the sinews, applied fresh, and beaten up with salt and vinegar” which one scholar of the text has suggested could be Leonurus cardiaca, but this is not confirmed (Pliny the Elder, 1855 translation).

Although the exact use of motherwort in Greece is not confirmed by these sources, Charles Pickering, a late 19th century American naturalist and doctor, indicates that motherwort likely originated in central and northern Asia (Japan and Siberia) and spread westward to Western Europe (Pickering, 1879; Steven Foster, May 11, 2017, personal communication), where its use becomes better documented beginning at the beginning of the 17th century. While this article will focus on the use of Leonurus cardiaca in the West, note that there is also a rich history of use of other Leonurus species in the East, such as in Traditional Chinese Medicine. 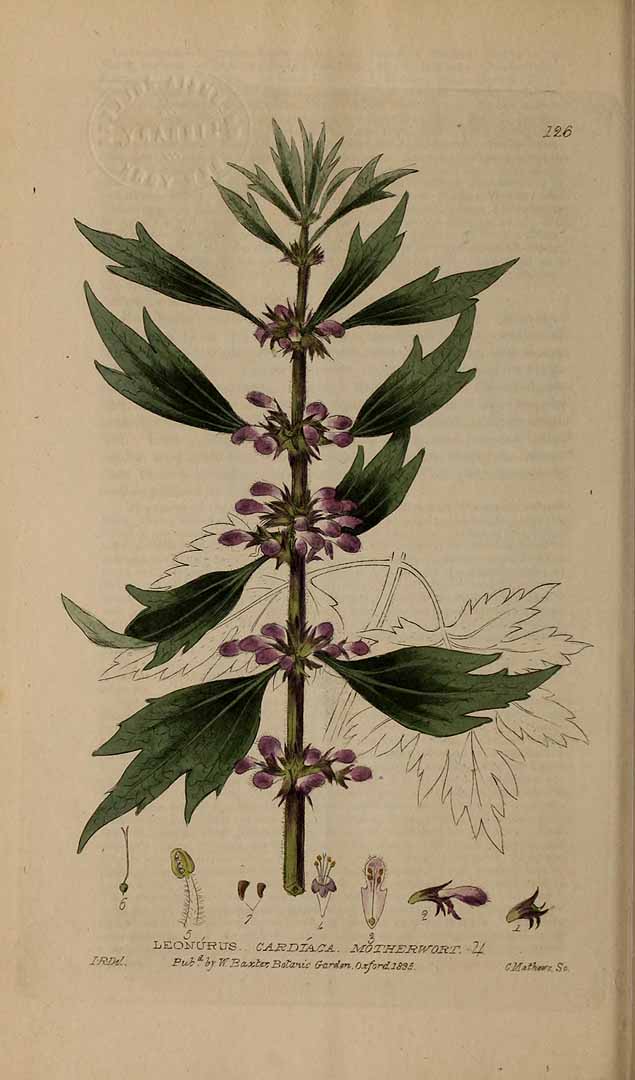 Fast forward to 1598 and we can learn about the uses of motherwort documented in The Herball or Generall History of Plants written by John Gerarde, an English botanist and herbalist. This book, often referred to as “Gerard’s Herbal,” was widely circulated in England in the 17th century and was relied upon by American colonists. Gerarde (1598) says of motherwort,

“Divers commend it against infirmities of the heart: it is judged to be so forcible, that it is thought it took his name Cardiaca of the effect. It is also reported to cure convulsions, cramps, and palsies, to open the obstructions or stoppings of the intrals, and to kill all kinds of worms in the belly. The powder in wine provoketh not only urine and the monthly courses, but also is good for them that it is hard travail with child. Moreover, the same is commended for green wounds, it is also a remedy in certain diseases in cattle, as the cough and murren; and for that cause such diverse husbandmen oftentimes much desire it.”

Less well known than Gerarde’s Herbal is the Theatrum Botanicum, written by English botanist Charles Parkinson and published in 1640. Like Gerarde, Parkinson values motherwort for heart palpitations and as a woman’s tonic for difficult labor and promoting menstruation. He also expands the discussion with his understanding of the energetics of motherwort in relation to the bodily humours and four qualities (warm, cold, dry, and moist), describing motherwort as warming, drying, and relaxing, making it useful for balancing cold, congested states and relaxing tension (Bruton-Seal & Seal, 2014).

“It is of good use to warm and dry up the cold humours, to digest and disperse them that are settled in the veins, joints, and sinews of the body, and to help cramps and convulsions” (Parkinson, 1640).

Nicholas Culpeper, an outspoken English physician, herbalist, botanist, and astrologer, was  dedicated to making health care accessible to the poor and insisted on publishing his own works in English so that they could be read by the common citizen. His Complete Herbal, which was originally published in 1652 under the name The English Physician, includes his insightful description of motherwort which is oft cited by modern herbalists. From Culpeper (1652):

“There is no better herb to take melancholy vapours from the heart, to strengthen it, and make a merry, cheerful, blithe soul than this herb. It may be kept in a syrup or conserve; therefore the Latins called it Cardiaca. Besides, it makes women joyful mothers of children, and settles their wombs as they should be, therefore we call it Motherwort.”

Culpeper adds dimension to our understanding of motherwort in its use as a supportive nervine for melancholy and anxiety, bolstering the heart and nervous system on an emotional level to uplift the spirit as well as calm the anxiety new mothers may feel so that they can attend to the task of mothering without the accompanying feelings of overwhelm and self-doubt.

(Note: motherwort should not be used during pregnancy as it stimulates mild uterine contractions.) 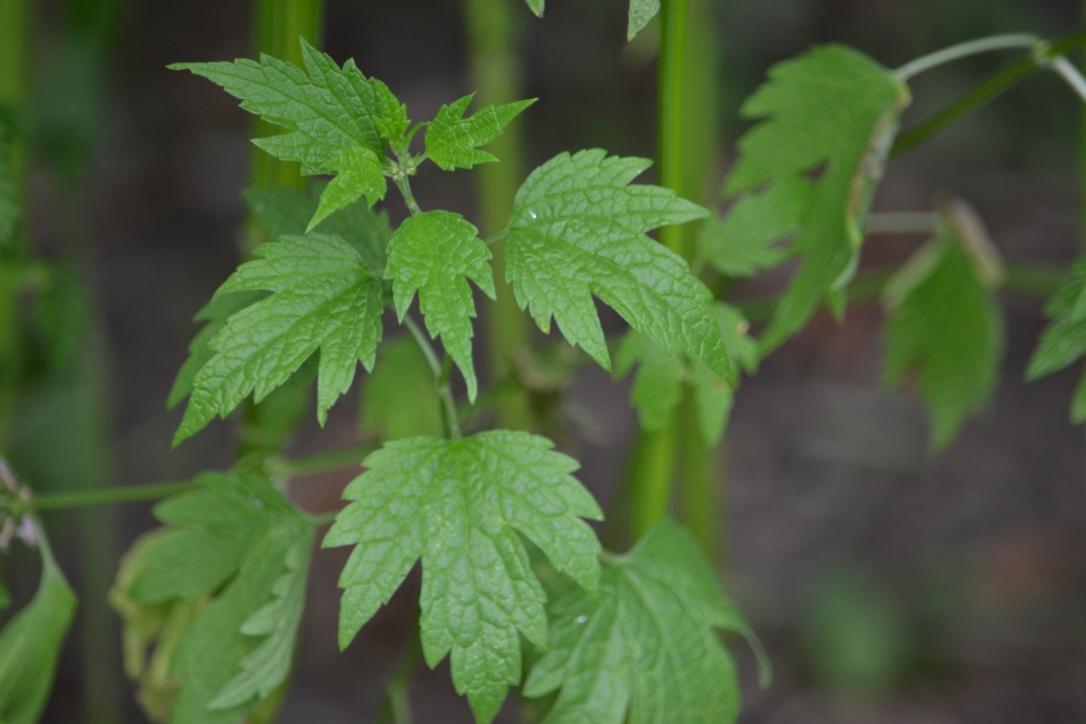 The Physiomedicalists and Eclectics: The 19th and 20th Centuries

The Physiomedicalists were physicians inclined to choose botanical medicine and belief in the body’s ability to heal itself over the harsh medicines (e.g., mercury) and practices (e.g., blood-letting and purging) employed by doctors of the period. They established the Physio-Medical College, which operated under various names from 1836-1880 in Ohio (Herbal Academy Advanced Course, n.d.).

One prominent physiomedicalist, William Cook, was a prolific writer who wrote The Physio-medical Dispensatory, published in 1869. He describes motherwort as “a nervine tonic and antispasmodic” which also acts upon the stomach and uterus. He recommends warm preparations to stimulate “gentle outward circulation,” to promote menstrual flow, and ease painful menstruation as well as menstrual tension, cramping, and anxiety. He recommended cold preparations to promote “appetite and digestion” and for the facilitation and increase of the menses, and relief of uterine pains associated with nervous conditions. Cook describes motherwort in his own words,

“As a tonic for nervousness, pains and palpitation of the heart, the sufferings peculiar to women, and habitual restlessness, it is an agent deserving of the first consideration…The profession will find in it an antispasmodic tonic of the first order” (Cook, 1869).

The Eclectics were 19th century physicians with a strong distaste for the orthodox medical establishment and practices of the time who valued botanical remedies. They developed a materia medica of American medicinal plants (Berman & Flannery, 2001) and produced an extensive body of literature. Eclectic medicine was widely practiced in the 1800s and many Eclectic medical schools existed, including the Eclectic Medical Institute in Cincinnati which operated until 1939. (Herbal Academy Advanced Course, n.d.)

Eclectic literature including King’s American Dispensatory (originally published 1852 but with multiple subsequent editions) by John King and Harvey Wickes Felter, The American Materia Medica (1919) by Finley Ellingwood, and The Eclectic Materia Medica (1922) by Harvey Wickes Felter are rich sources of information. They describe motherwort as an “emmenagogue, nervine, antispasmodic, and laxative” (King, 1898) and focus primarily on its use for the nervous system and the female reproductive system. Felter (1922) says it most concisely,

“A simple emmenagogue and antispasmodic, evidently having considerable control over the nervous system. It has been advised in nervous debility with irritation and unrest, tendency to choreic movements or spasms, pelvic and lumbar uneasiness and pain, and in bearing-down pains and the discomforts incident to debility of the female reproductive organs.”

They recommended a warm infusion for amenorrhea and the restoration of suppressed lochia (postpartum discharge) and an extract for nervous complaints (King, 1898).

Ellingwood refers to motherwort’s benefits to the cardiac system, indicating it for “palpitation of the heart” as a “simple heart tonic, promoting normal action, probably very mild in its influence” (Ellingwood, 1919). 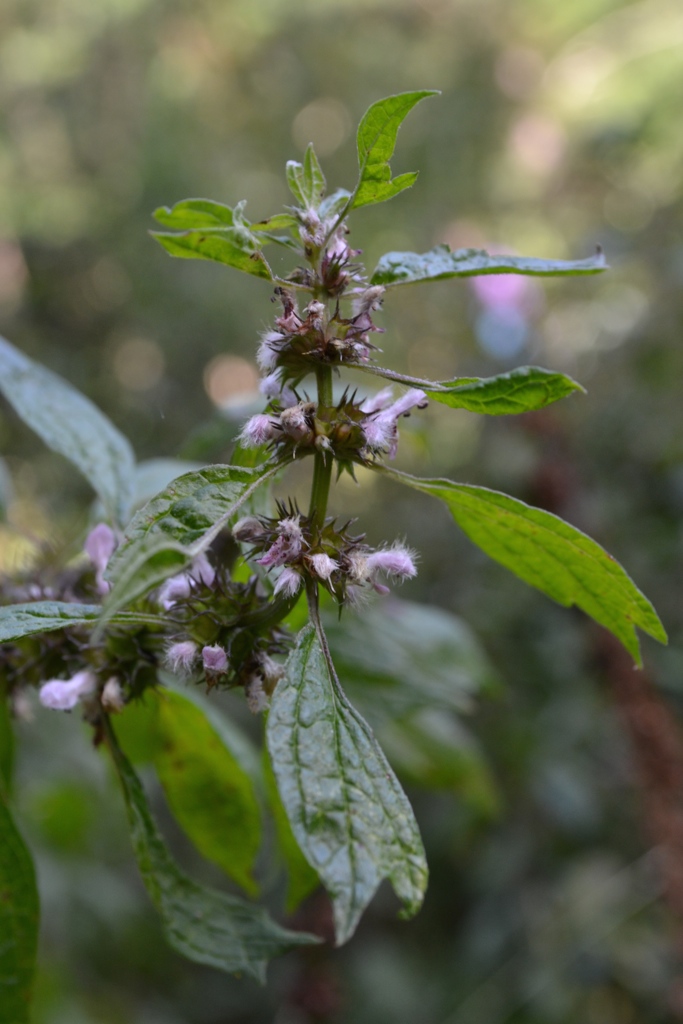 The way that indigenous people traditionally used an herb also gives us valuable insights into its properties. Native tribes in America, including the Delaware, Oklahoma, Micmac, Mohegan, and Shinnecock used motherwort infusion as a gynecological aid for “female ills” (Moerman, 1998). The Cherokee and Iroquois used it as a gastrointestinal aid to facilitate digestion and as a sedative for “nervous and hysterical affections” and as a nerve tonic, respectively, while the Cherokee also used it as a stimulant for fainting (Moerman, 1998).

The traditional and historical uses of motherwort certainly inform our current understanding and modern uses, which we have explored previously in Creating a Local Materia Medica with Motherwort and Motherwort: The Plant World’s Mama Bear. We encourage you to continue to develop your relationship with motherwort through these articles, studying historical texts, and your own firsthand experience!

Interested in learning more about motherwort? You’ll find our motherwort plant monograph in The Herbarium, our membership site! 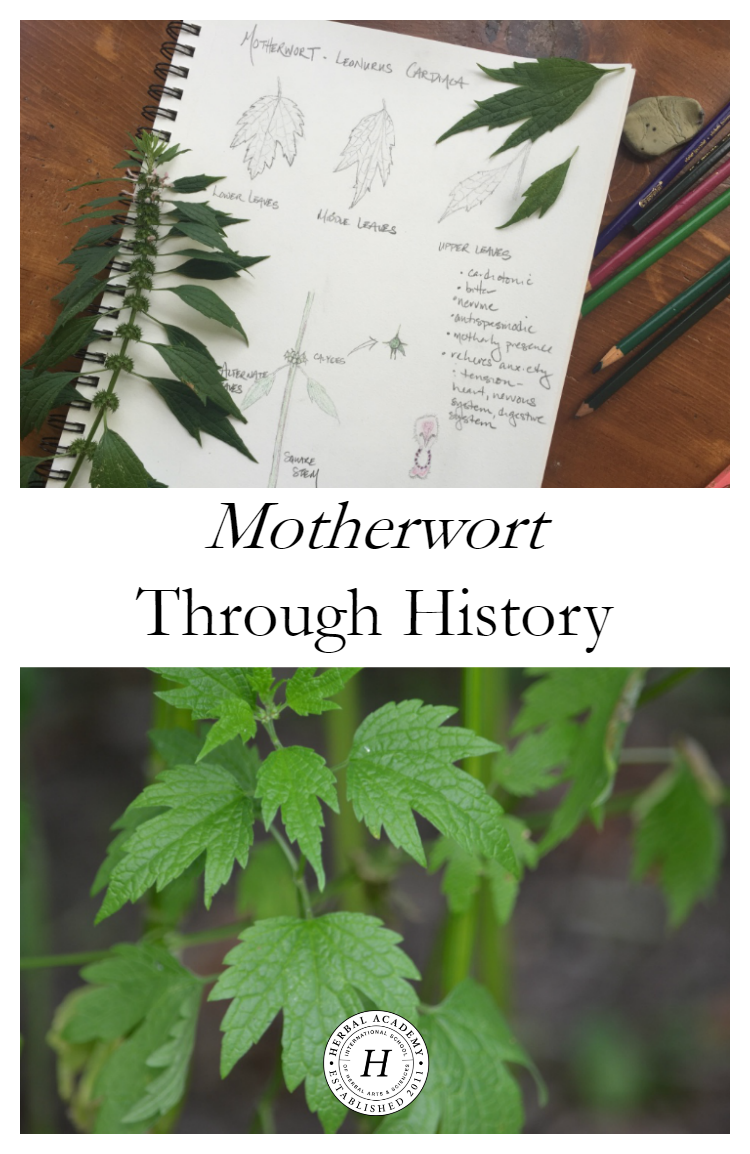 Cook, W.H. (1869). The physio-medical dispensatory: A treatise on therapeutics, materia medica, and pharmacy in accordance with the principles of physiological medication. Cincinnati, OH: Wm. H. Cook. Retrieved from http://www.henriettes-herb.com/eclectic/cook/index.html

Gerarde, J. (1598). The herball or generall history of plants. Retrieved from https://archive.org/stream/herballorgeneral00gera#page/704/mode/2up/search/infirmities+of+the+heart (page 704 of 1630)

Pickering, C. (1879). Chronological history of plants: Man’s record of his own existence through their names, uses, and companionship. Boston, MA: Little, Brown, & Co.