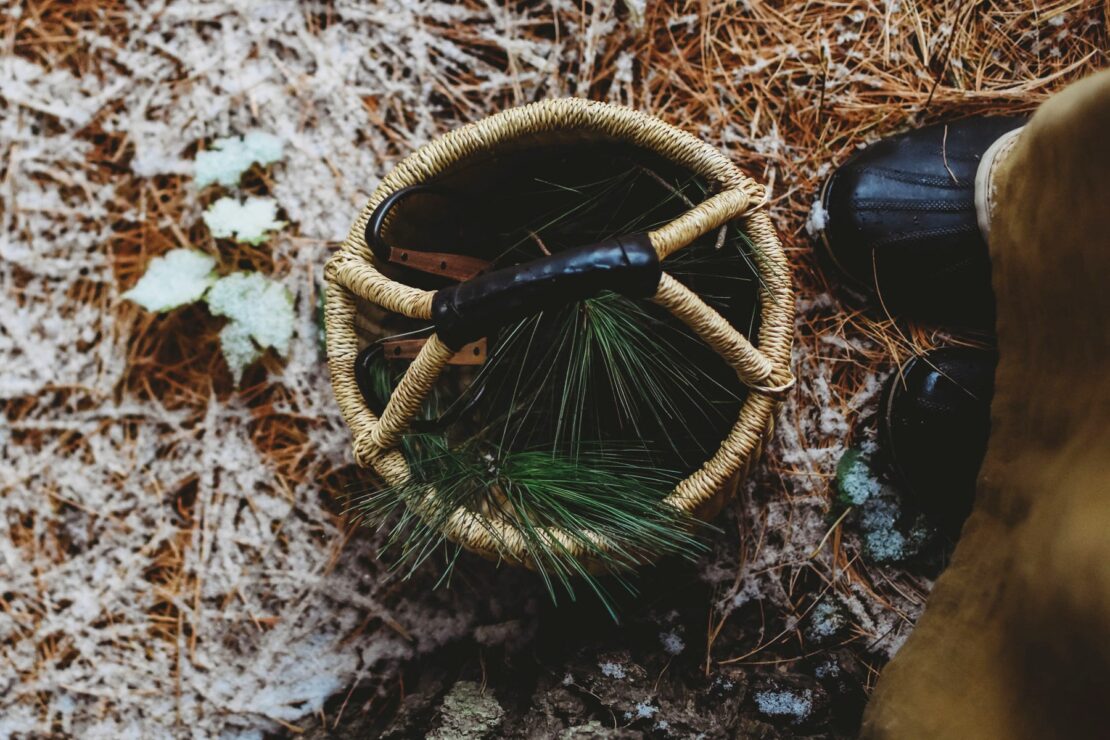 Attempting to correctly identify evergreen trees can be challenging. Evergreens get their name because the leaves, or needles, stay “green forever.” No matter the weather outside, you can always rely on evergreens to be green throughout the seasons. But if you plan on using some parts of the tree for herbalism, it’s important to correctly identify them before wild-harvesting. Many evergreen trees look alike and a few are considered toxic.

Numerous evergreens are traditionally used both internally and externally to address many different health concerns, from supporting the respiratory system to soothing open wounds. In this article, you’ll learn how to correctly identify four different evergreens and utilize the many gifts they can offer us. 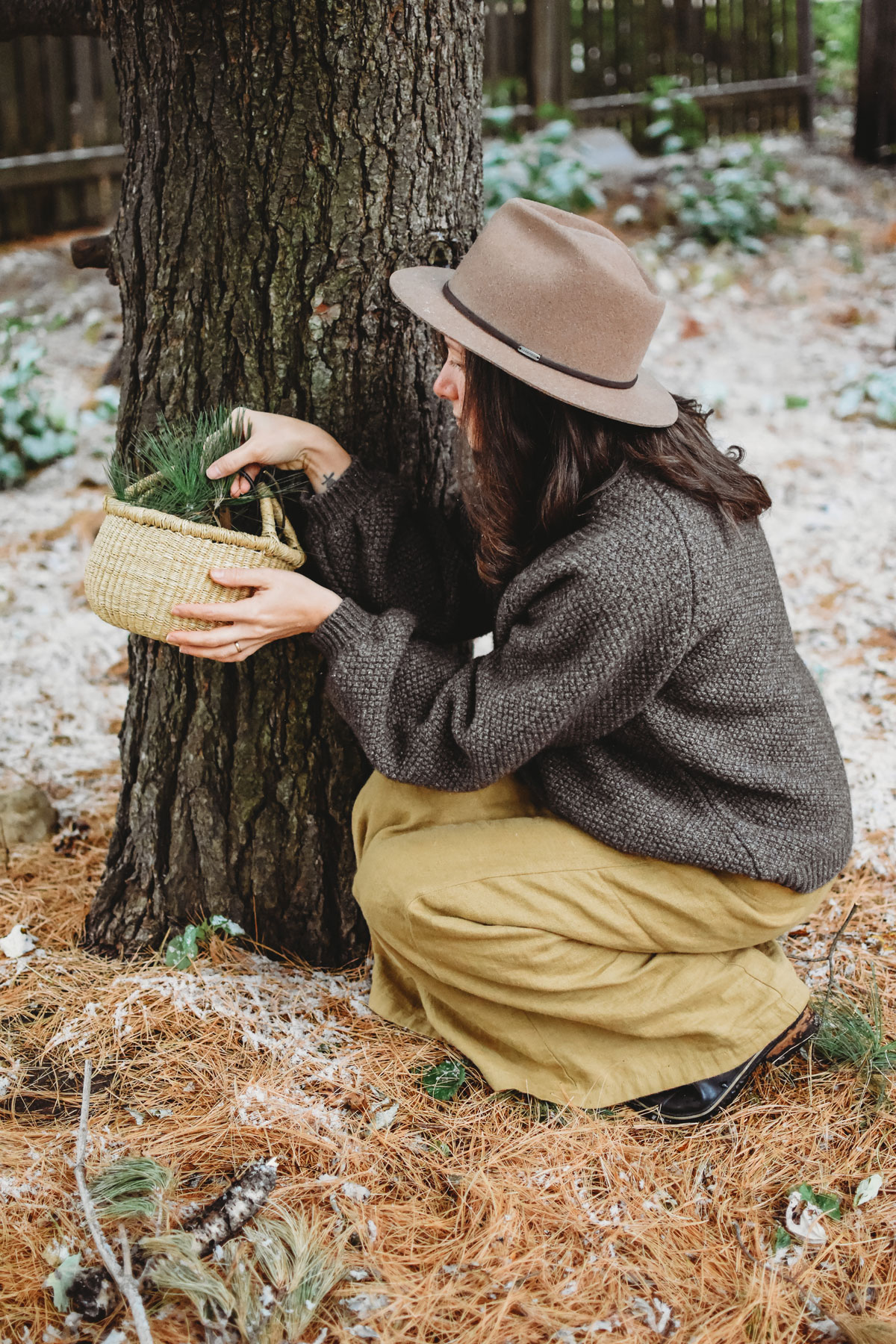 How to Identify and Harvest Evergreens

To wild-harvest respectfully and sustainably, you should aim to minimize harm to the tree and its surrounding environment. This includes only taking as much as you need or can realistically use, so no plant material goes to waste. Ensuring proper identification before a harvest guarantees you are not taking from a plant you will not use. It can be very helpful to have a guidebook with you when identifying plants and trees ­– find a trusted tree identification book for your region, preferably one that has color photos and detailed information on how to identify each tree. You can also take tree identification courses to help strengthen your knowledge.

Before you harvest, observe your surroundings. Avoid harvesting if the tree looks stressed due to drought or pests, and only harvest if there seems to be an abundance of that tree in the area. A general guideline from the Forest Service is to harvest no more than 5% of an area’s plant population, taking a small amount of plant material from several trees instead of a lot of material from just one tree (San Juan National Forest Service, n.d.).

If you are harvesting tree resin, make sure to take resin that’s fallen on the ground or has flowed down away from the damaged part of the tree. Trees create resin when a part of their bark has been broken or injured to protect themselves against infection and parasites. If you cut resin off a tree where it is damaged, that’s essentially like ripping its bandage off (Kloos, 2017). It’s always a good practice to return to an area that you harvested from at a later date to study the environment and notice if there are any negative changes or effects from your harvest. 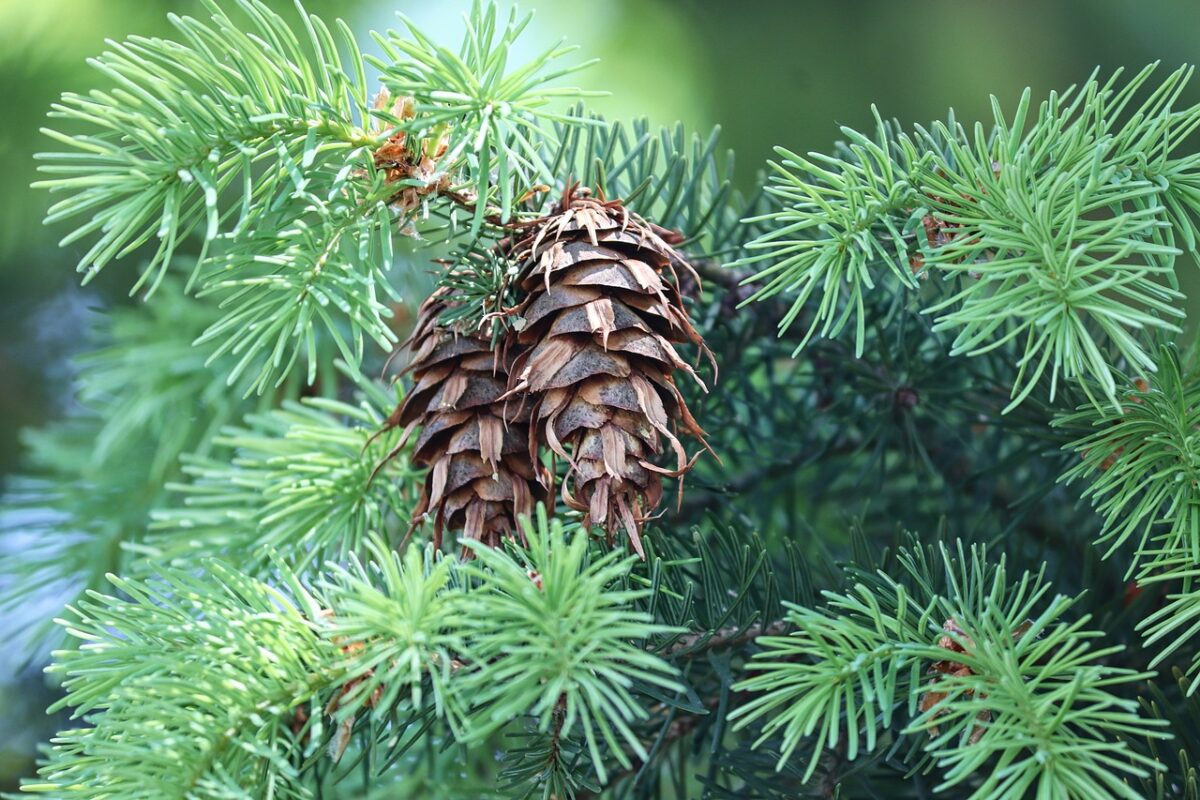 There is a hyphen in douglas-fir because it’s not actually a fir tree, but an evergreen conifer in the pine family, Pinaceae. Old growth douglas-fir trees can grow up to 200 feet high, with big dangling branches. The bark is thick and deeply furrowed with a dark brown color. The flat, green needles appear to have two white stripes along the length of their underside and grow anywhere from ½ to 1 inch. They feel quite soft when compared to the spiky needles of spruce. The needles grow around the entirety of the tree twigs, unlike hemlock which grows flat (Kloos, 2017).

One of the easiest ways to identify a douglas-fir is by its cone, if you can find one. The cones grow in an oval shape with a slight point at the tip. They start off yellowish green and when mature, turn reddish brown and fall to the ground. The big identifying factors on the cone are the three-lobed bracts, which are often called “mouse tails” in traditional folklore (Kloos, 2017).

Both the needles and pitch, or resin, of douglas-fir have been commonly used in herbalism. Fresh growth needles are traditionally harvested in spring to brew into a tea or eaten raw for their high vitamin C content. The new growth is usually a lighter green color compared to the darker needles from previous years.

For external use, the pitch is traditionally used to address a wide range of health issues, including first aid and respiratory system support. It can be applied directly or used in a salve to help soothe and fend off infection in cuts and wounds. It is also applied topically to ease muscle aches and pains. It is commonly used as a chest rub to help soothe symptoms of colds, flus, and chest and sinus congestion (Kloos, 2017).

The western or Pacific yew tree (Taxus brevifolia) looks similar to douglas-fir, hemlock, and other evergreen trees. One thing that sets yew apart from douglas-fir and hemlock is that yew doesn’t have the white stripes on the underside of the leaf. This fact helps with identifying the differences between these three trees.

The seeds and leaves of yew trees are considered poisonous to humans and many animals. Yew trees have a small, bright red fruit that looks like a huckleberry with a hole in it. In addition, yew trees are sometimes thought of as shrubs, only reaching a maximum height of 50 feet, with bark that is reddish, papery, and sheds off easily (Pojar & MacKinnon, 1994). 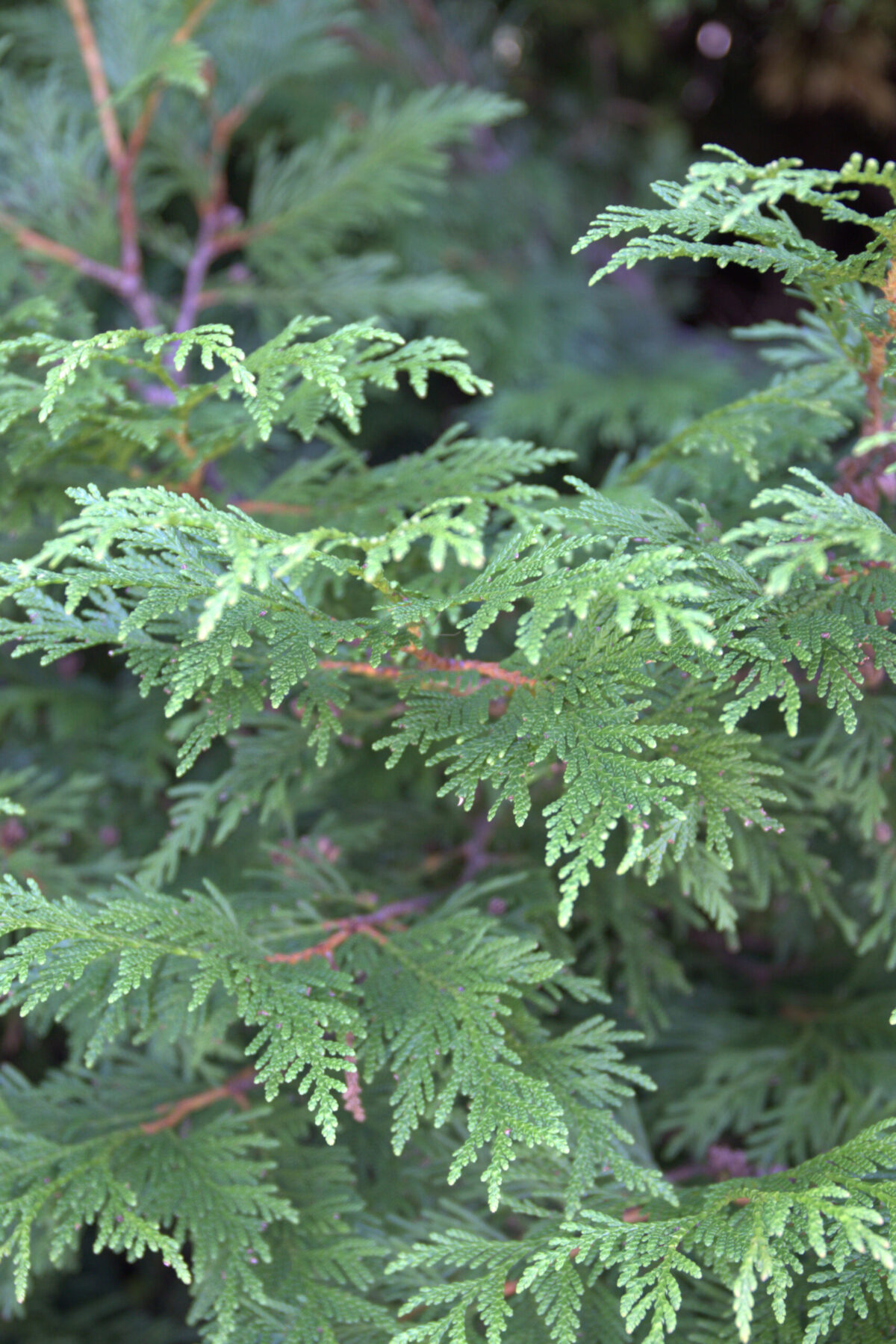 Western redcedar bark grows in thin, reddish-brown vertical bands and peels easily. Not actually a true cedar, western redcedar is an evergreen tree in the cypress family, Cupressaceae. Older trees can grow up to 230 feet tall (Kloos, 2017). The leaves are flat and scale-like, almost looking like a flattened braid. They’re a shiny green color and grow in an overlapping, shingled fashion (Pojar & MacKinnon, 1994).

The branches droop somewhat and then grow upwards, making a J-shape. After 3 or 4 years, the lower leaves turn brown and fall to the ground (Pojar & MacKinnon, 1994). The cones develop from mid to late spring and only grow to about 3/8 inch, forming a small round ball.

The leaves of western redcedar are commonly used for internal and external use. For internal use, the leaves are brewed as a tea to support the lungs and soothe respiratory infections. Externally, an infused oil or salve can be applied topically to ease irritation from poison oak or eczema. Western redcedar also has strong antifungal properties and therefore is traditionally used topically to soothe athlete’s foot, jock itch, ringworm, or other fungal skin infections (Kloos, 2017).

Western redcedar is not recommended for internal use during pregnancy or for long periods of time. 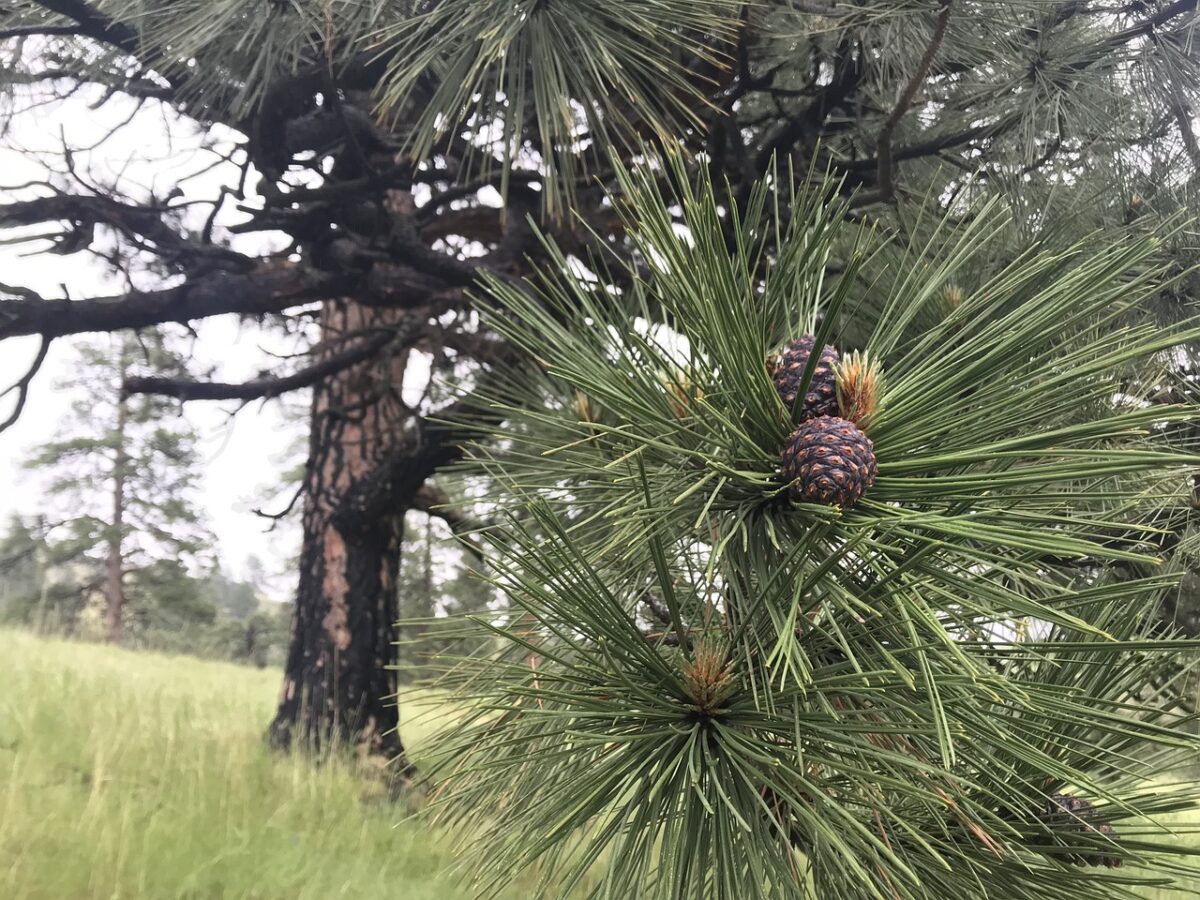 These trees can live for 300-600 years and grow anywhere from 90-200 feet high and 4-5 feet in diameter. The yellowish-green, pointy needles of the ponderosa pine are quite long, growing up to 4-10 inches in length in bundles of three at the end of thick branches. You will commonly find groups of pollen cones growing at the end of new-growth shoots. The tree also forms egg-shaped cones at the end of its branches that grow up to 3-5 ½ inches in diameter (Kloos, 2017).

The plant parts of pine that are traditionally used include the needles and pitch. Consuming the tea or inhaling an herbal steam of the needles is commonly used to support the respiratory system, helping to open the lungs, ease congestion, and soothe coughs and sore throats. The needles are high in vitamin C and can also help in cases of urinary tract infections (Kloos, 2017).

For external use, pine resin is commonly used to pull out splinters or other objects stuck in the skin (Kloos, 2017). As a topical, it is traditionally used to help prevent infection and soothe wounds due to its antiseptic, anti-inflammatory, and antibacterial properties (Barnes, 2017). Pine resin is also commonly used externally for rheumatic pain, arthritis, acne, eczema, and psoriasis (Engels, n.d.). It may be applied directly onto skin or infused into a balm, salve, oil, or ointment.

Ponderosa pine needles have been known to cause abortions in cattle when they have been consumed (U.S. Department of Agriculture, 2018). For this reason, it is generally recommended to be avoided during pregnancy. 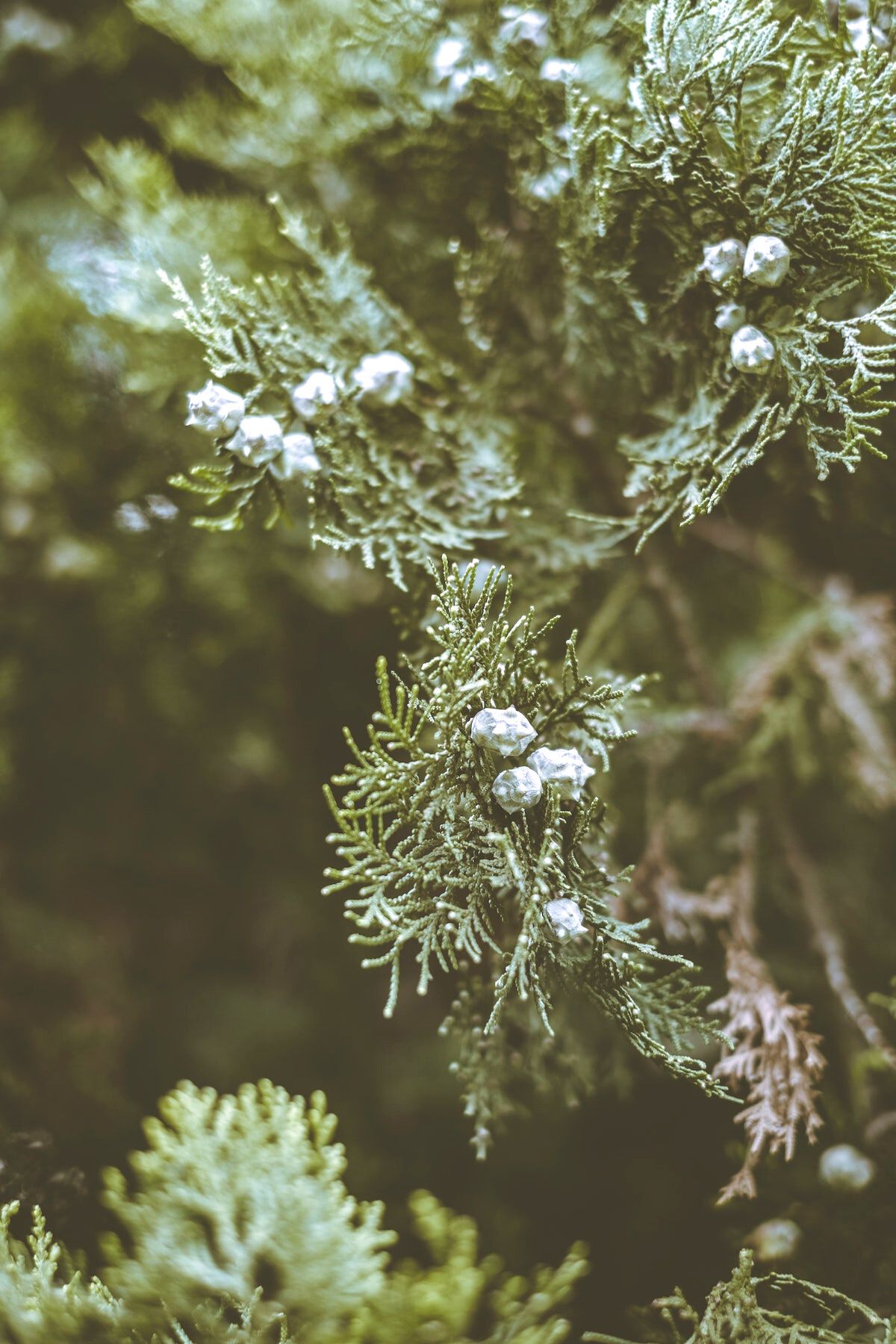 Western juniper thrives in dry soil, so it’s often found in desert regions that get little rainfall. These trees can grow up to 65 feet high and the trunks up to 4 feet wide. The reddish, cinnamon-brown trunks of older trees are commonly twisting, knobby, and peeling—a reflection of the stressful, harsh environment that the tree withstands. The light green leaves are highly aromatic and scale-like, growing in stubby whorls of three. Juniper trees produce small fruit that are commonly referred to as berries, but are actually cones—they are green the first year they grow and then ripen to a blue color the next year (Kloos, 2017).

Juniper tree leaves and berries are commonly used in herbalism for their benefits. When used internally, the berries are known to help cleanse the kidneys and ease urinary tract infections. They can also help support the digestive system, soothing indigestion and bloating (Kloos, 2017).

For external use, an herbal steam of the leaves is commonly utilized to support the respiratory system and clear congestion. The leaves can also be burned as incense to help cleanse unwanted or negative energy from a space (Kloos, 2017).

It is generally not recommended to ingest the leaves or unripe (green) berries because they can be irritating when used internally. Only use blue, ripe berries.

Evergreens offer us powerful gifts. They are some of the only plants that stand tall and strong throughout the entirety of the harsh winter months. With their many benefits, evergreens can help support us in our time of need, during illness or infection, and improve and clear our physical environment. Hopefully, this article helped you feel more confident and inspired to incorporate some common evergreens into your herbal apothecary. 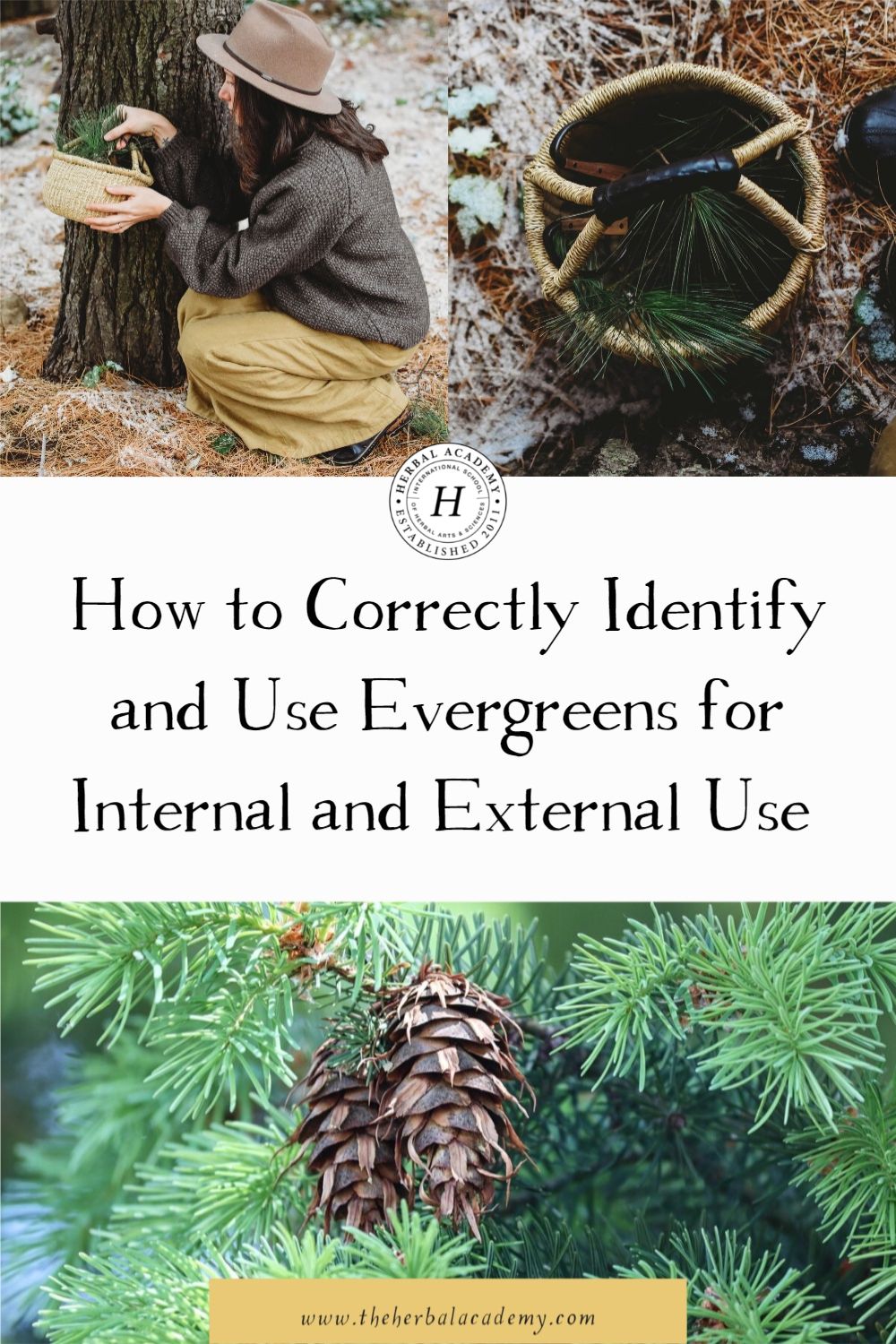 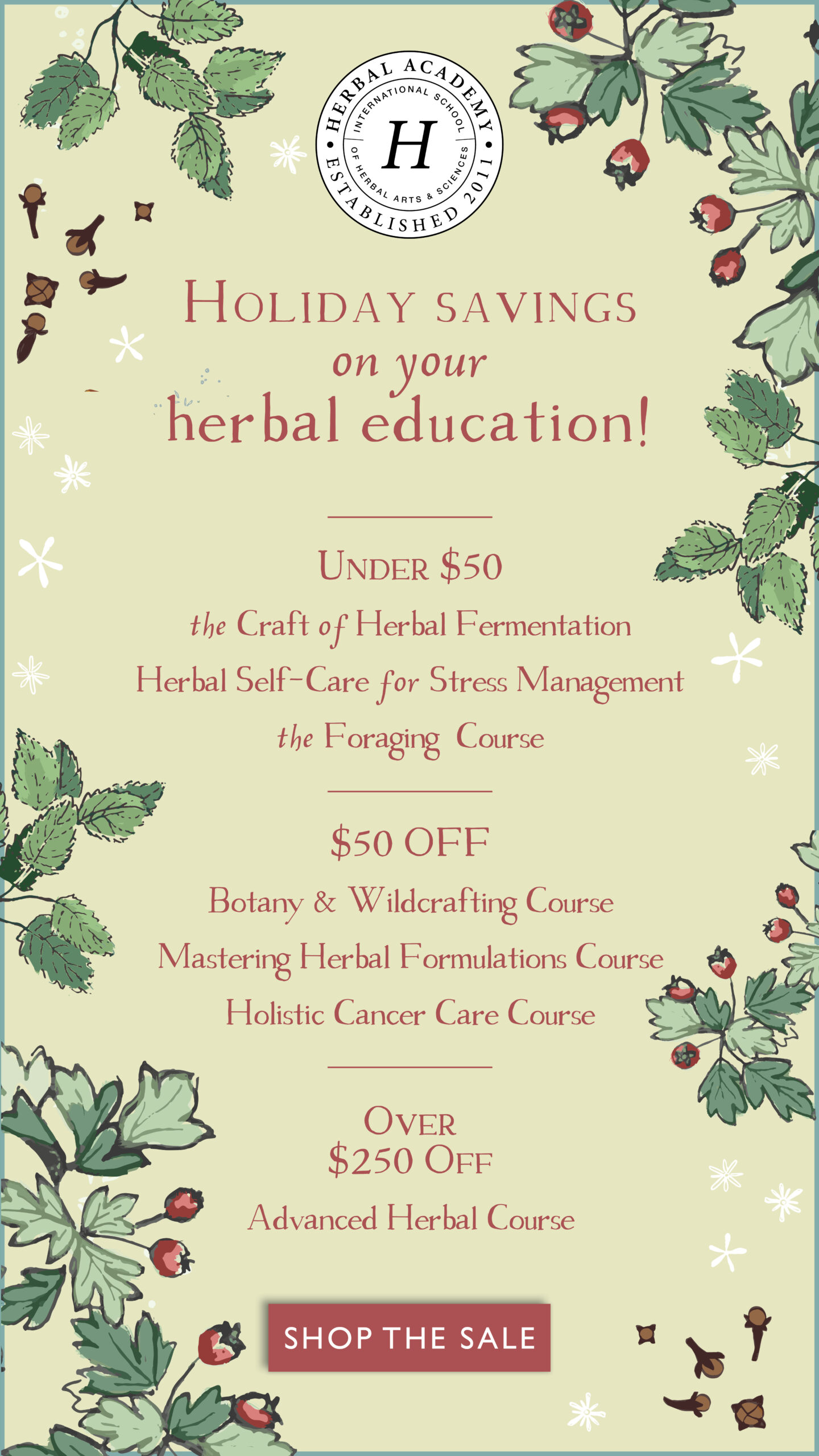