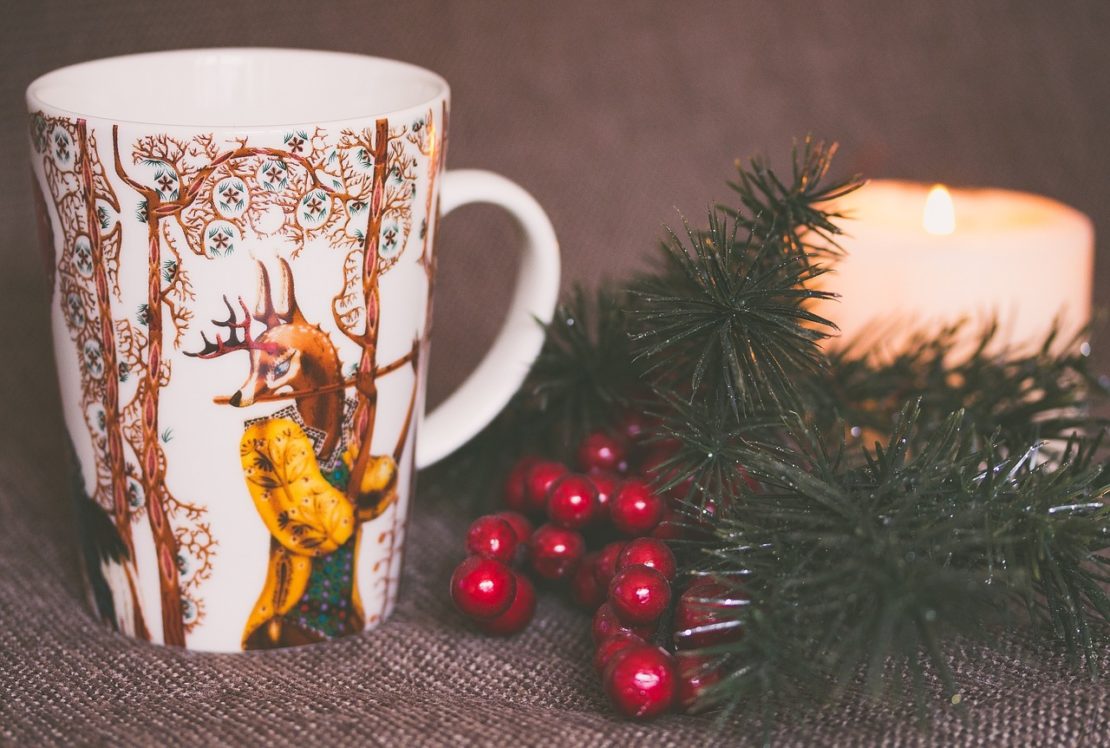 The holiday season is upon us. As we decorate, plan our meals, and decide on gifts―the remnants of ancient traditions linger in many of our celebrations.

The shortest day of the year, the Winter Solstice, has been acknowledged by various cultures throughout history. While the actual ceremonies for this day are still practiced by a few, most have faded with time and the modernization of many cultures. However, some of the old ways are still quite visible in the legends and lore of the season.

Most of these legends have been handed down, generation to generation, by word of mouth and vary a great deal from land to land. I have included several stories of ancient lore surrounding herbs of Christmas past in this article that you may or may not have heard of before. 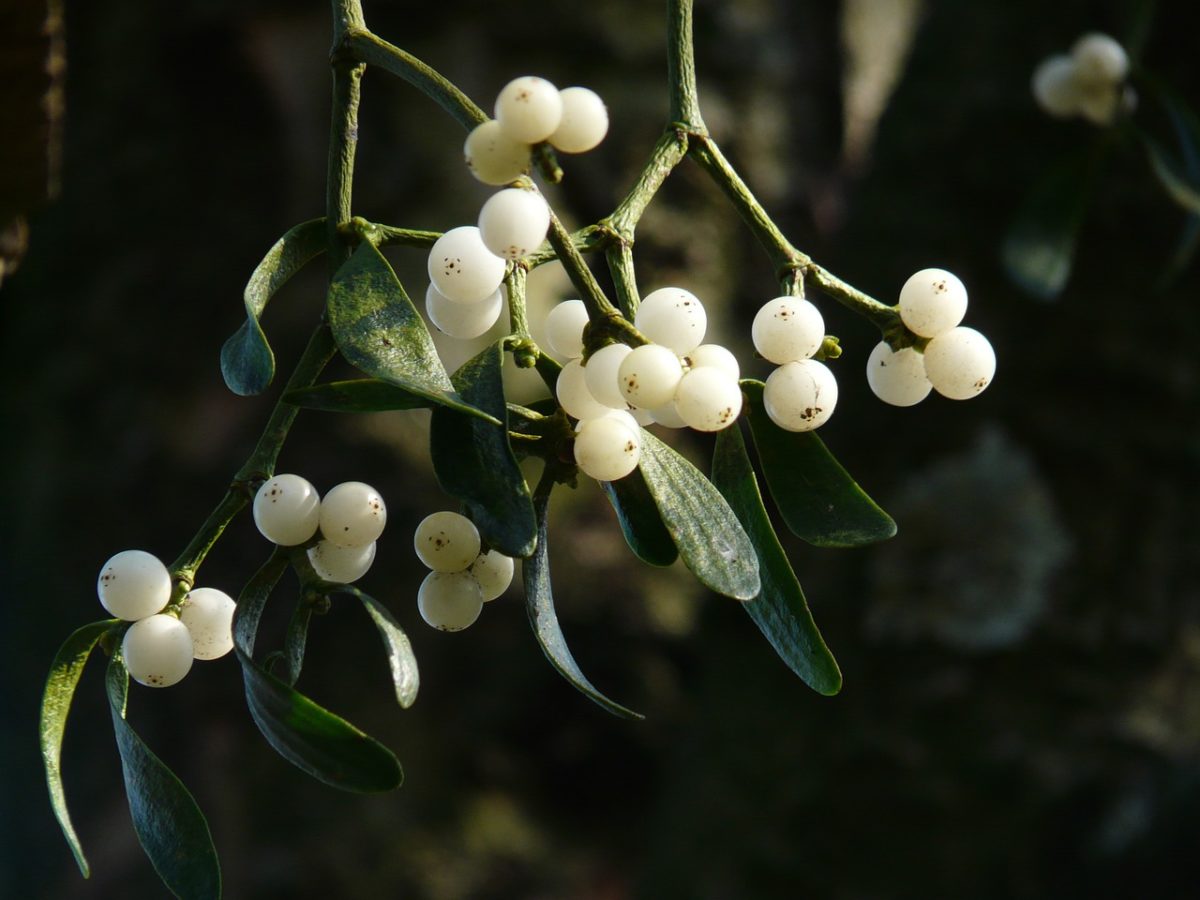 Mistletoe is one of the most recognized of the Christmas plants and has many legends associated with it.

In Scandinavia, mistletoe was believed to be sacred to Frigga, the goddess of love and beauty, and mother of Balder, god of the summer sun. Balder had a dream that he would be killed. Horrified, Frigga roamed the earth soliciting from all the birds of the air, the plants, and the animals of the earth a promise to not participate in the killing of her son. They all willingly promised.

Mistletoe, however, is a parasitic plant that doesn’t set roots in the earth, and thus, was overlooked. The Trickster, Loki, and Balder’s enemy, recognized the oversight immediately and fashioned an arrow made of mistletoe. Since Balder was protected against all harm, it was common for the gods to throw things at him as entertainment during banquets. All items tossed would bounce off of Balder to the delight of the throwers! This time was different. This time the arrow made from the mistletoe (which Frigga  had overlooked and had not given its promise) killed Balder. The berries of the mistletoe are said to represent Frigga’s tears when she heard of his death.

Another version says Frigga’s tears caused the red berries to turn white. She mourned so much that the gods took pity on her and restored her son to life. She was so grateful, she decreed that thereafter, mistletoe would be a plant of peace and all who passed beneath it should exchange a kiss. It is believed that some cultures would lay down their arms and fight another day if they found themselves in a grove with mistletoe!

In the Celtic world, the Druids recognized the plant didn’t set roots in the ground and yet lived, and therefore, held it sacred. They would dress in white robes and cut the Mistletoe from Holy Oak groves with a golden sickle on the sixth day after the new moon following the winter solstice. Believing the plant would lose its power if it touched the earth, white blankets were laid beneath the trees to catch it. A piece was given to each family to keep them safe and fertile during the year.

With the advent of Christianity, all associations with the pagan religions were eventually banned and mistletoe lost its place on altars at Christmas. Eventually it found its way back into acceptance with the kissing ball. A young lady standing under a kissing ball could not refuse a kiss, for if she did, she would remain unmarried the following year.  Proper kissing ball etiquette demanded that each time a kiss was given, a berry was picked. When the plant had no more berries to offer, there would be no more kissing beneath it. The mistletoe had to be burned on the 12th night or all the kissed maidens would remain unmarried another year. 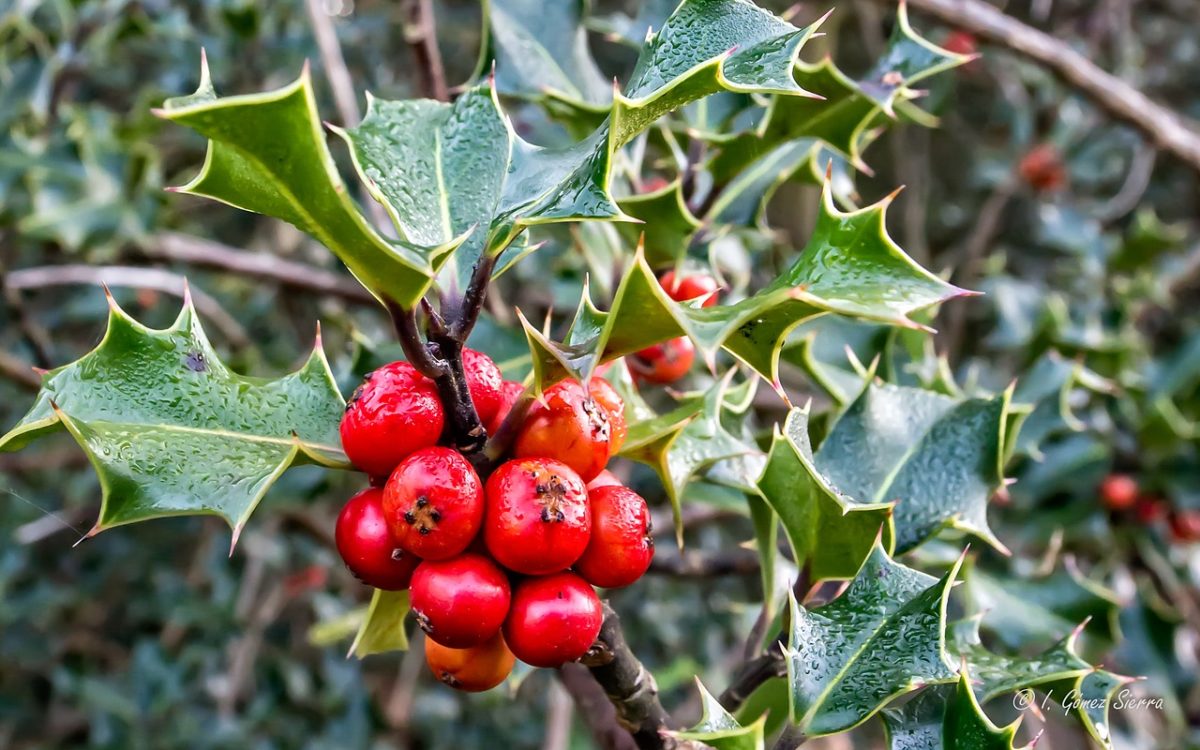 Early Romans hung holly in their homes for winter Saturnalia (an ancient Roman festival held in December to honor the god Saturn) to encourage only good spirits dwell there. Holly wreaths were given as gifts to friends as a sign of friendship. However, if you decorate with holly, beware. It is believed that if the rough edged holly is brought into the house first on Christmas morning, the man of the house will rule. If the smooth one comes in first, the woman will rule the household. Prudent couples bring both in at the same time… or not. 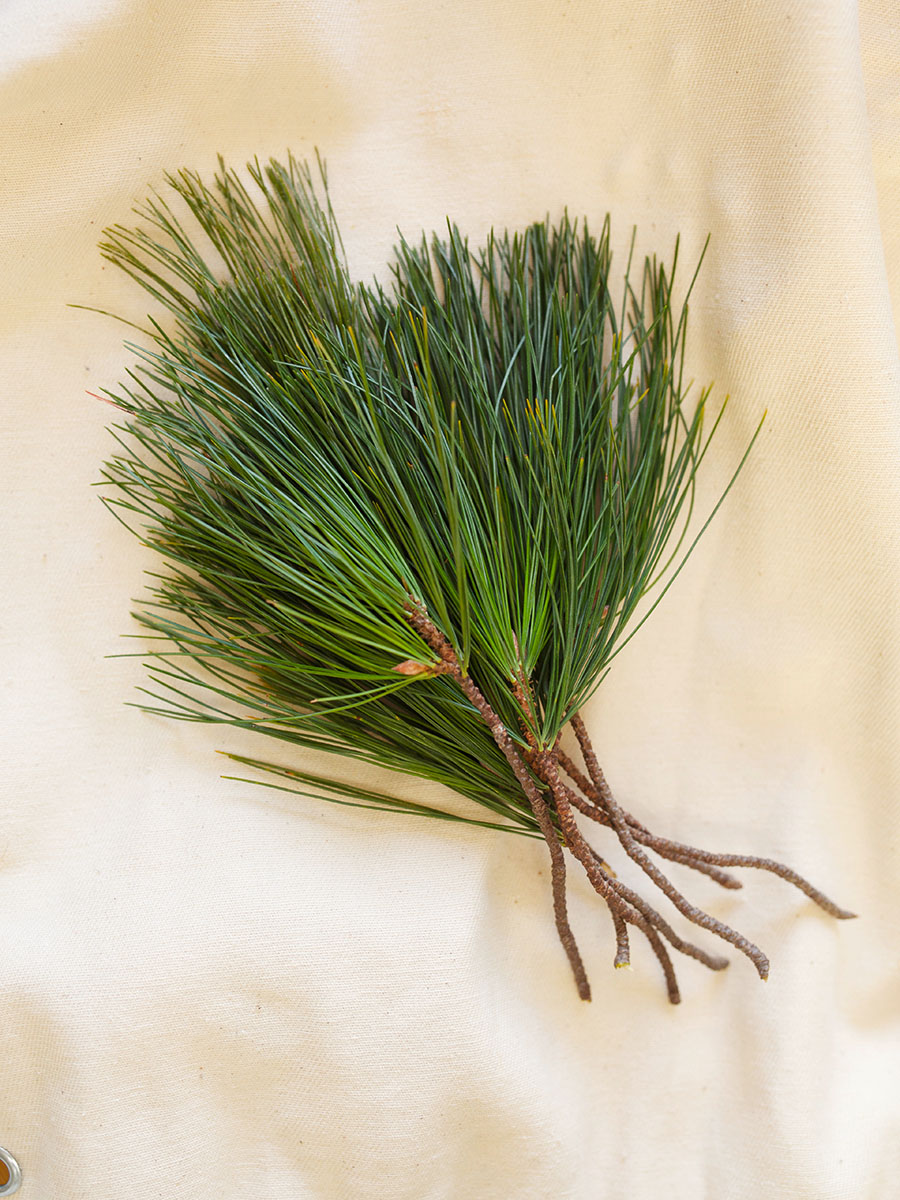 Pine and Other Evergreens

Legend has it that the pine tree was one of many plants offering Joseph, Mary, and the baby Jesus shelter when pursued by Herod’s soldiers. When Mary was too weak to travel any further, a gnarled old pine invited them to rest within his hollow trunk. He then closed his branches and kept them safe as the soldiers passed by. As they departed, the Christ child blessed the pine with his hand. If you cut a pinecone lengthwise, you will see the shape of a tiny hand print, believed by some to be left forever in gratitude.

Other evergreens were cherished at this time of year as a natural symbol of life amid the winter whiteness. Because of this, our ancestors brought them indoors as a promise that the world would once again turn green.

Some ancient cultures believed that this time of year saw the traditional battle between the Holly King and his brother the Oak King. During the time of year the days get shorter (from the Summer Solstice), the Holly King reigns. At Winter Solstice, the days begin to lengthen and the fields turn green once again. This is the time the Oak King regains his crown and rules. This is one of many stories that explain the seasons.

The yule log began as a symbol of what was needed most at this time of year—light and warmth. It was usually made of oak (for the Oak King), ash, pine, or birch. At the end of the season, the log was burned and the ashes spread on fields to insure their fertility in the spring. It was the French who first turned the wooden yule log into the confectionary delight we enjoy today. 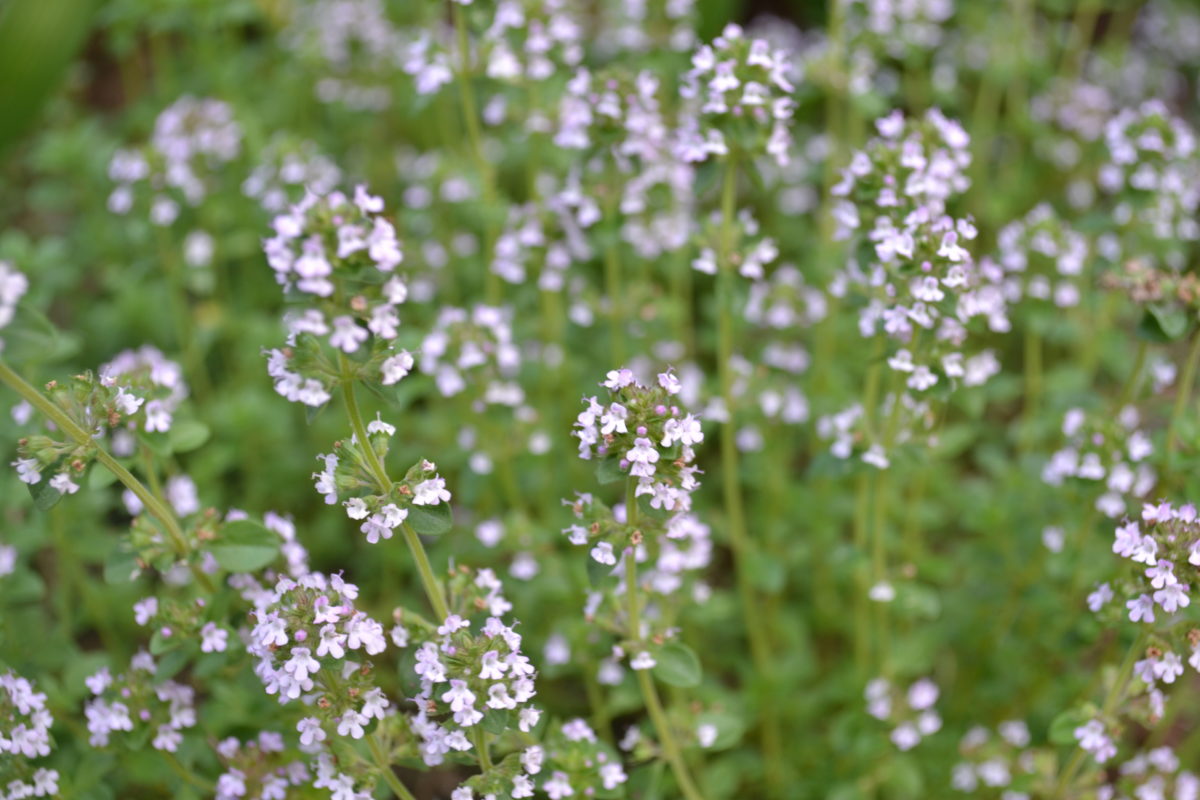 Many herbs are claimed to have been present at the birth of Jesus, or in his manger. As a symbol of patience and energy in adversity, chamomile was one of the plants Joseph was said to have picked for Mary to lay upon to give birth, with lady’s bedstraw being another.

Lavender, chamomile, and thyme (the symbol of bravery, courage, and endurance; three traits Jesus would need in his life) were said to be placed in the manger for the infant to sleep upon.

Frankincense and Myrrh resins, two of the gifts brought to Jesus by the Wise Men, were both rare and valuable gifts. Myrrh was used for incense, perfumes, and medicine; many believed it strengthened children. Frankincense was thought to drive away evil and considered a plant of prayer and sacrifice. 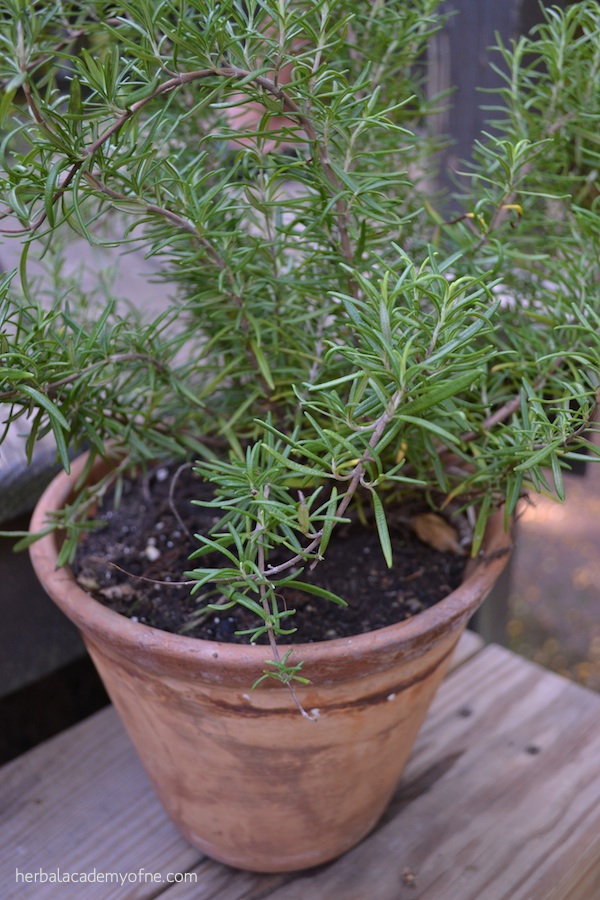 Long ago, it was believed that Rosemary was a plain green plant without any fragrance or flowers. When traveling to Egypt, legend tells us, Mary stopped to wash Jesus’ clothes in a stream and hung them on a simple rosemary bush to dry. As she gathered the dry clothes, she blessed rosemary with blue flowers, the color of her own cloak, and the spicy fragrance as a remembrance. For this reason, some folks believe that if you smell rosemary on Christmas Eve, it will bring happiness during the New Year.

Some other Christmas superstitions include:

And finally, to those of us who share a birthday with Christmas… be relieved—it is said we will never encounter evil spirits bent on doing us harm, and we cannot die from drowning or hanging (which makes being a pirate a good career choice)!