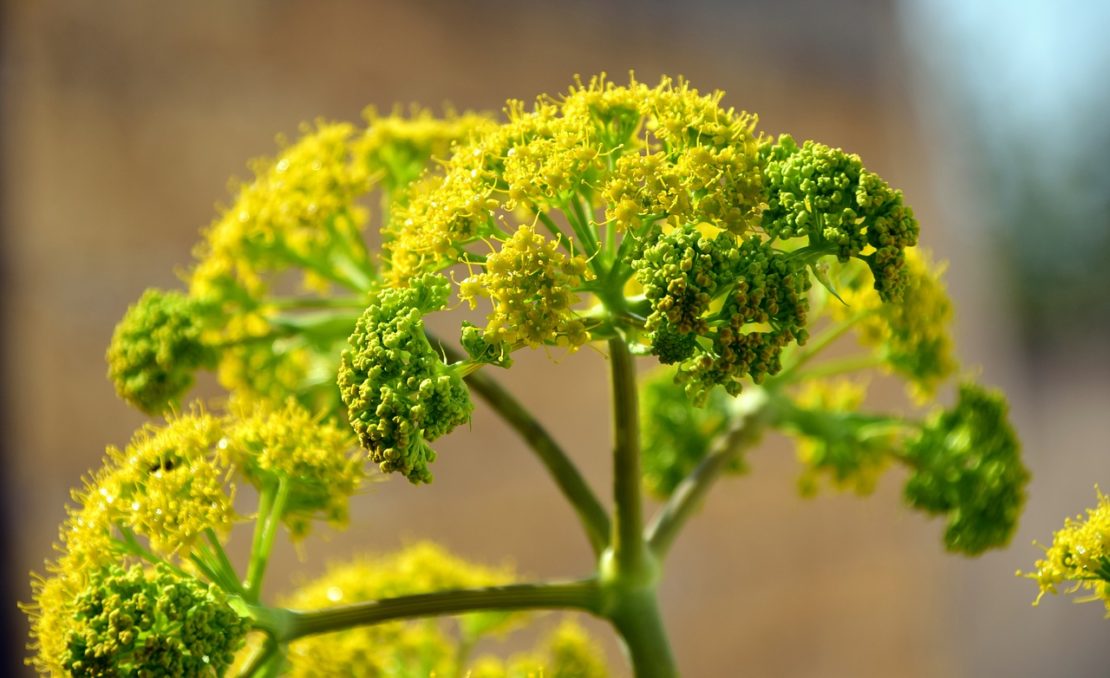 Every culture offers myths, legends, and folklore to justify some event, instruct us on proper behavior, or issue horrible warnings if a person breaks the rules of proper behavior. 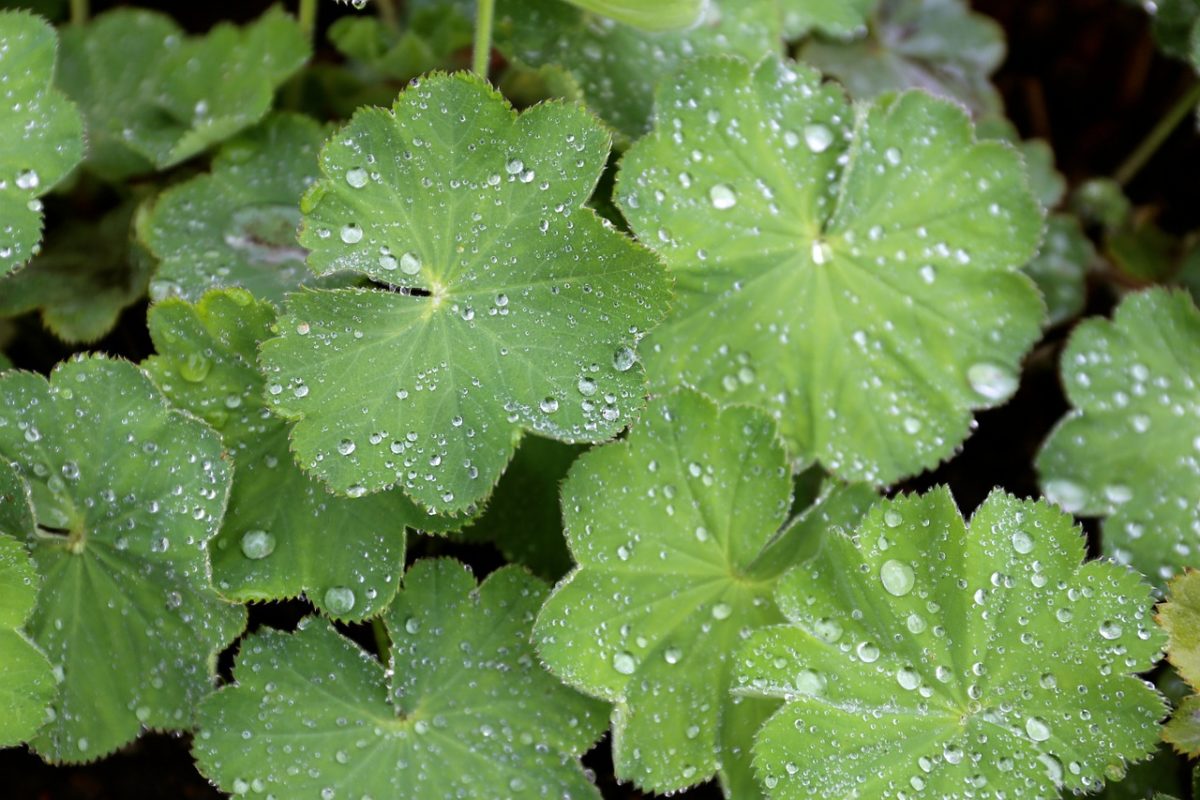 Commonly considered a woman’s herb, the dew of this plant has fascinated various cultures through the ages. Some believed the dew of lady’s mantle would change into diamonds. Early alchemists believed the dew could transform baser metals into gold.  Much experimentation was done in pursuit of this belief.

Another legend tells us that early on women believed the dew of the lady’s mantle could help them look young and beautiful forever. All they had to do, however, was to put their little toe into the dew under the full moon in May, but the woman must be naked when she did this or it wouldn’t work. I always recommend planting lady’s mantle in the backyard, just in case you want to give it a try someday! 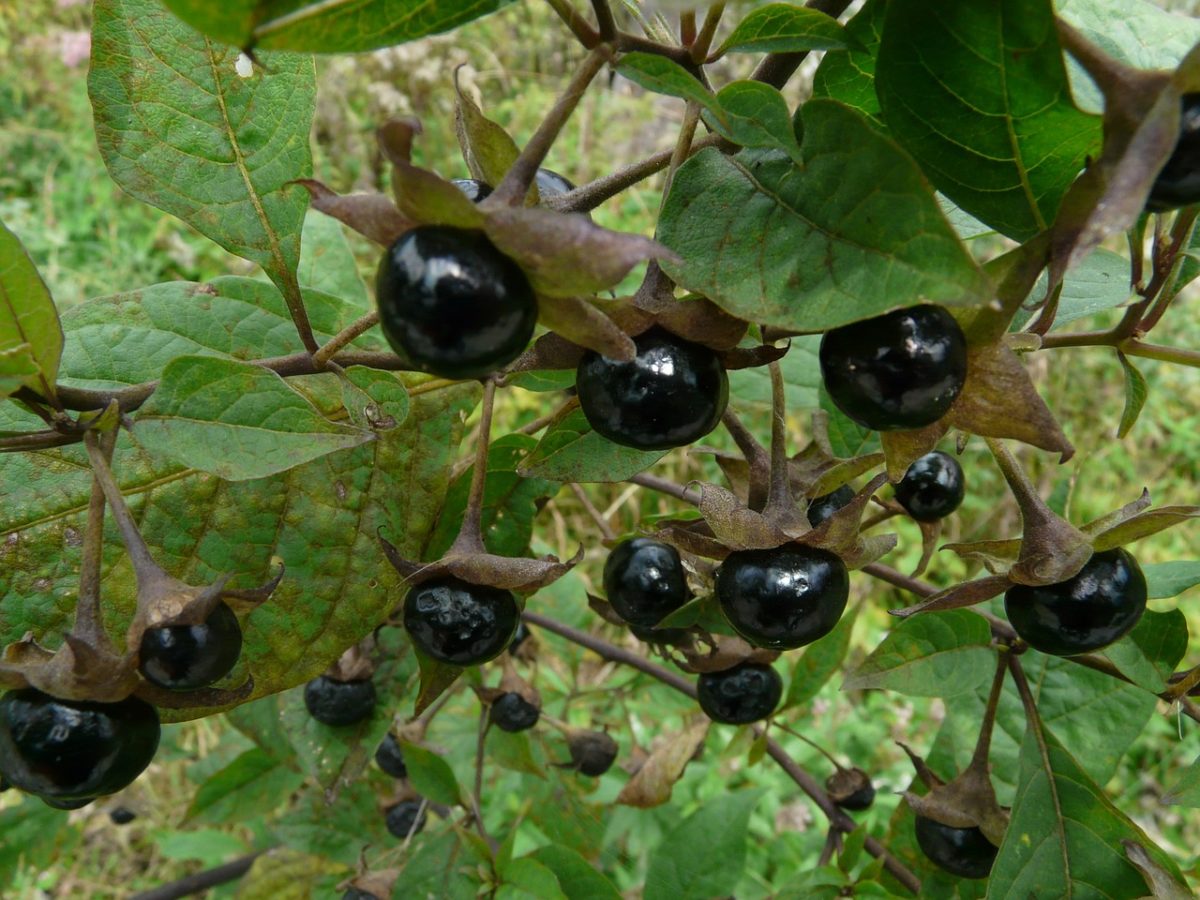 Belladonna has long been known as a poison and many stories are told of its use. Italian women used it to dilate the pupils of their eyes believing it would make them more desirable. It is said it was one of the ingredients of the flying ointment used by witches.

But in Greek mythology, Atropa was the eldest of the three sisters, daughters of Zeus, known as The Fates. Atropa was recognized as the Inevitable and carried with her a pair of large shears. She would choose the longevity for humans by simply cutting the thread of their life whenever she wanted. She lends her name to deadly nightshade (Atropa belladonna). 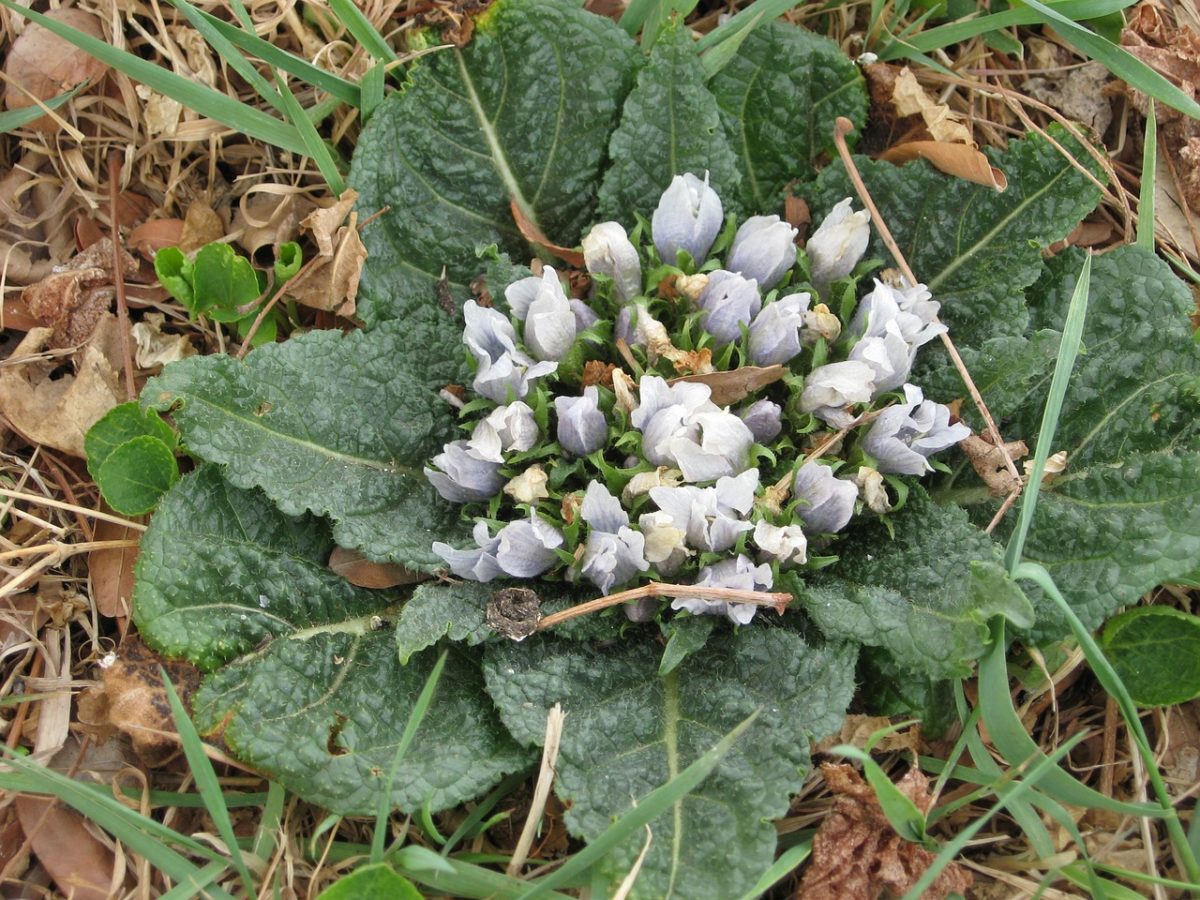 Used by the Egyptians, Greeks, and Arabs, mandrake has many legends to tell its story.

The roots resemble a human and are said to shriek if pulled from the ground. If a human hears the screaming, he or she will die. Knowing that man likes to harvest it, it tries to hide, and it’s often said that it glows in the dark.

The plant was said to be an aphrodisiac and was used for impotence, making it extremely valuable to men. Worn, it was believed to protect the wearer from magic and possession.

Adapted from an old English herbarium from around 1000 C.E., these are the specific instructions for harvesting mandrake. Additionally, it should not be done on a windy day or after sunset.

The dog will die, and you should always run so if there is a slight breeze, the sound of the mandrake screaming will be carried away from you.

Herbalists use fennel for indigestion and with honey for coughs. It is also said that it will keep ghosts from entering a house if placed in keyholes, and that if you carry it, other people will trust your words and believe in you.

But Greek mythology tells how fennel was used to help humankind. This is how the story goes:

Prometheus was the son of one of the original Titans. He and his brother were tasked with placing inhabitants on the earth. His brother had the animals, bugs, and birds. Prometheus used clay and mud and fashioned a human male to resemble the gods. He gave him life and then taught him how to plant crops, harvest, and make food out of them.

But Prometheus saw that man was missing something. He went to Zeus and asked permission to give man the gift of fire and instructions on how to use it. Zeus refused. Fire was for the gods alone. One day, Prometheus hid a burning ember from the fires on Mount Olympus in the stalk of a fennel and took it to earth and gave it to man. When Zeus found out, he was furious and had Prometheus taken to remote place and tied to a rock with chains that only he could remove. Each day he sent an eagle to eat his liver, and each night his liver would regenerate.

But that was not enough; Zeus wanted to punish man for accepting the fire. He had a woman resembling Aphrodite made of beautiful white marble and gave her life. He invited all of the gods to give her gifts–wisdom, health, peace, and kindness. Aphrodite made her beautiful gowns. Zeus took this first woman down to earth and gave her to a man and performed the marriage ceremony. Her name was Pandora, the Beautiful Evil.

As a wedding gift, Zeus had a jeweled box made and gave it to the woman with instructions not to open it. One day, of course, she couldn’t contain herself and she peeked inside the box and out flew all the woes of the world flew out, but she quickly closed it, with hope remaining in the box.

All because of a small ember in a stalk of fennel. 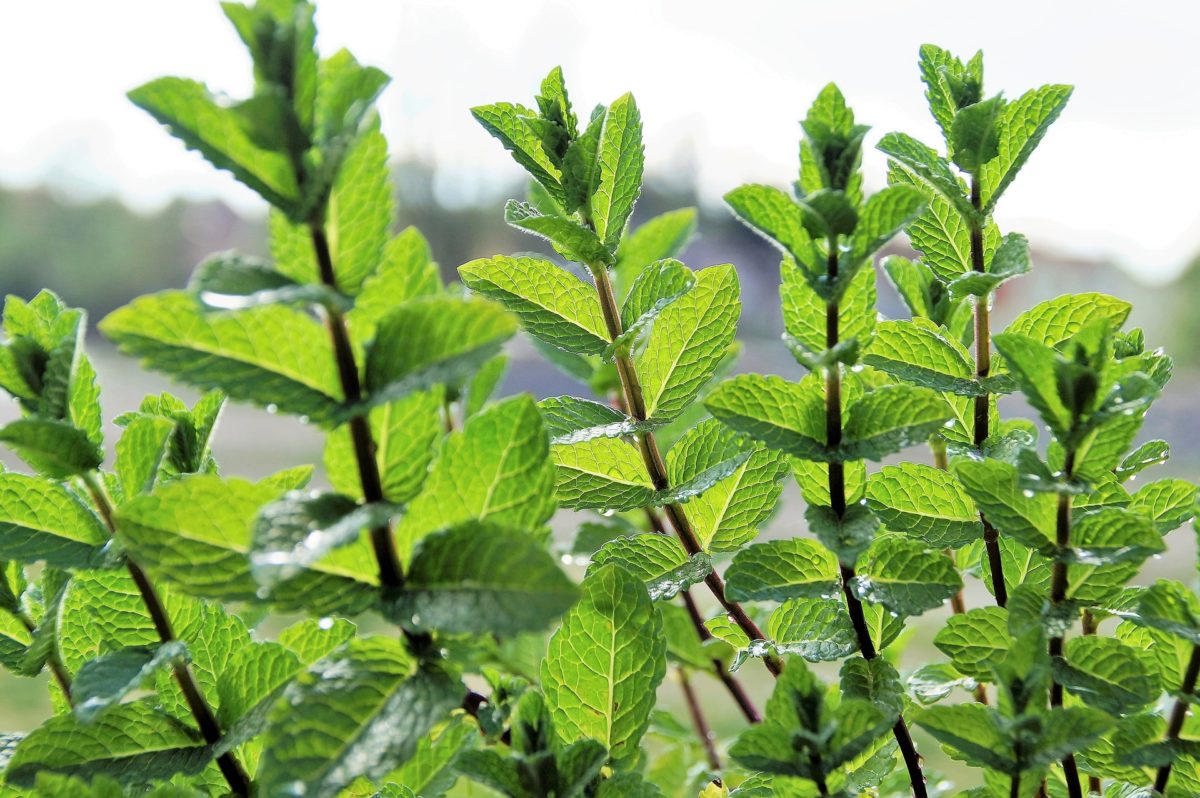 We all know and love mint as the invasive, sweet smelling plant that she is. But did you know how mint came to be?

Long ago Hades, the god of the underworld, was having an affair with the nymph, Minthe (or Menthe is some texts). It is said that Minthe bragged to other nymphs that Hades desired her more than he did his own wife, Persephone. She was overheard and Persephone, enraged, turned her into a plant to live on earth and be trampled upon.  Hades could not undo the spell, but he made her into a sweet-smelling plant that when man did tread upon her, she would fill the area with a wonderful fragrance.

So, to this day, mint grows on earth and continues searching for her love, Hades, and mates with every plant that she is able. 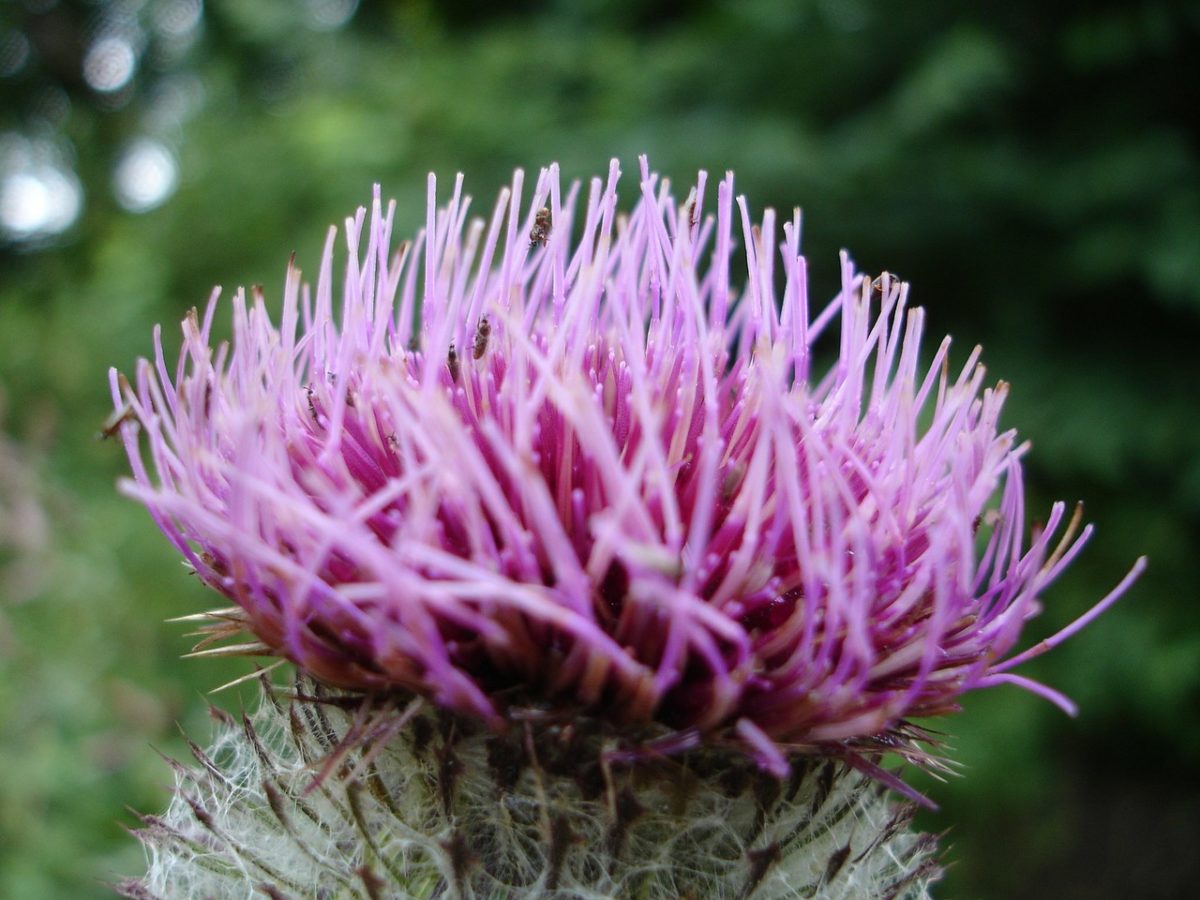 A Scottish legend tells us how thistle came to be the national emblem of Scotland.

One day in the mid 900’s, Norse invaders landed on the Scottish shores, unseen, with the purpose of overtaking Scotland and claiming it for themselves.

They waited until dark and removed their boots in order to creep up on the encampment of Scottish warriors unseen and unheard. One Norseman, however, stepped on a thistle, and his scream of pain alerted the Scots who drove the Norsemen back into the sea and saved Scotland forever. 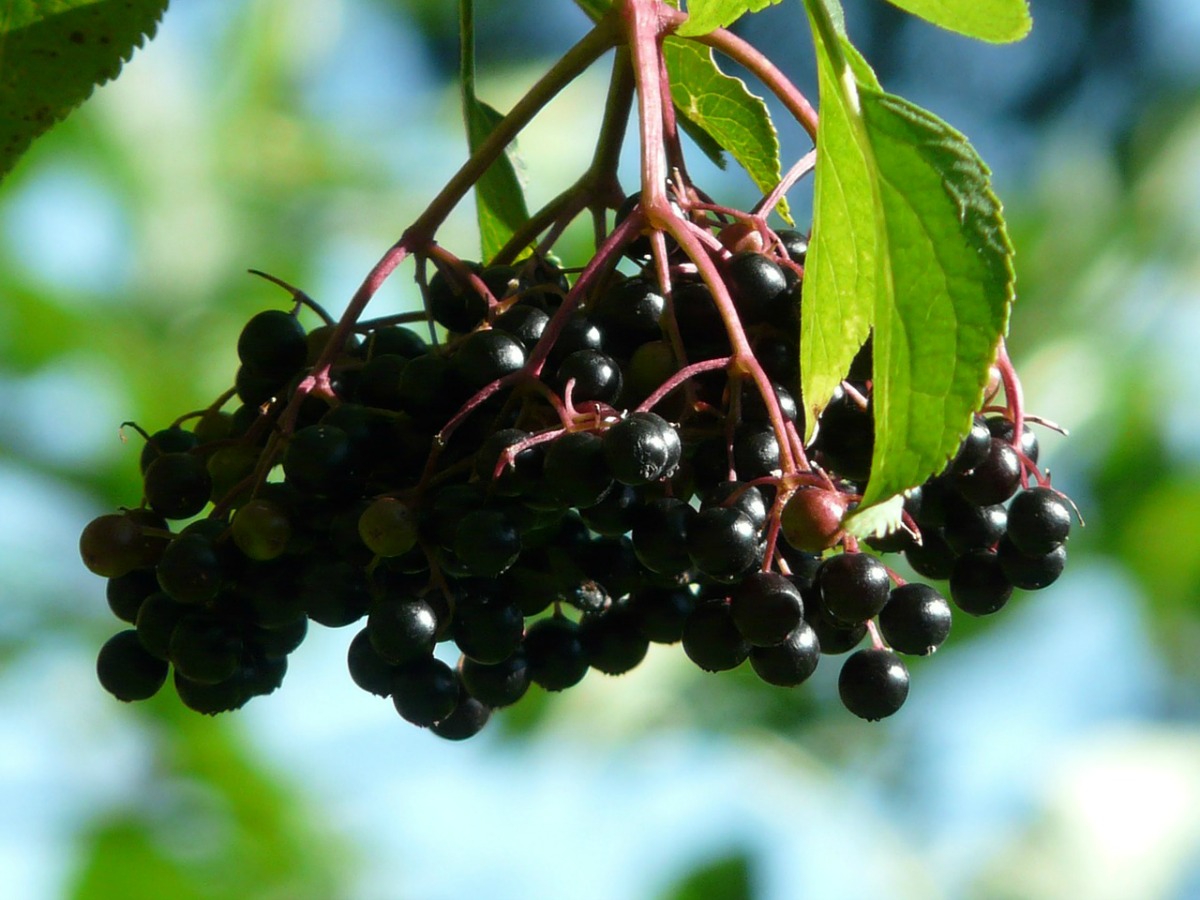 Elder has much legend, lore, and magic associated with it.

In English folklore, if a baptized person smeared elder juice around his eyes, he could see witches.

Planted around the home, it would keep lightning from striking, but if you mistreat elder, cut it down or use it as firewood, the Elder Mother would cause lightning to strike your home!

In Celtic lore, it is believed that if you stood under an elder on Midsummer’s Eve, you would be able to watch the King of the Fairies and his band ride past.

It is thought that Judas hanged himself from the branch of an elder tree.

Russian folklore tells us that if you hang elder in your home, it would ward off evil spirits.

Wands fashioned out of an elder branch (after first asking permission from the Elder Mother who lives in the tree) had the most powerful of all the magic. (Just ask Harry Potter.)

The Celts would plant elder on the graves of their family members. If they blossomed, they knew their loved one’s souls were happy.

Finally, always remember the old Celtic rhyme: “Elder be ye Lady’s tree, burn it not or cursed ye’ll be”.

I hope you have enjoyed this introduction to the herbal myths, lore, and legends of the plant kingdom. 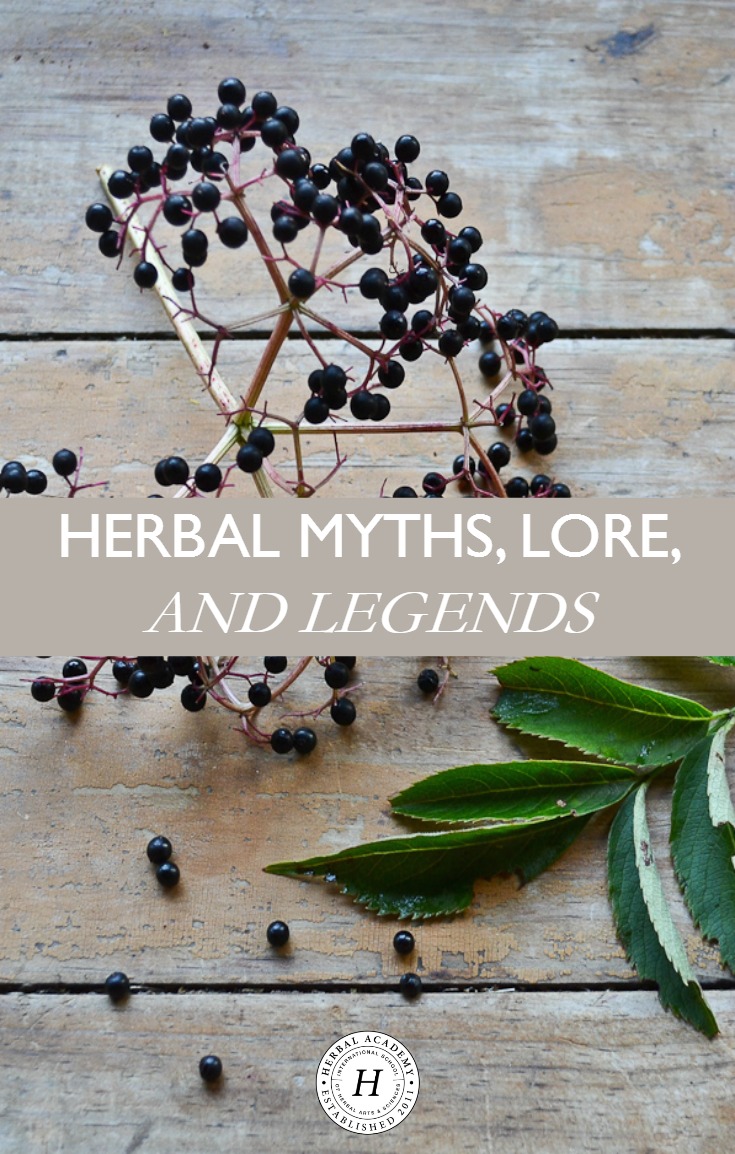