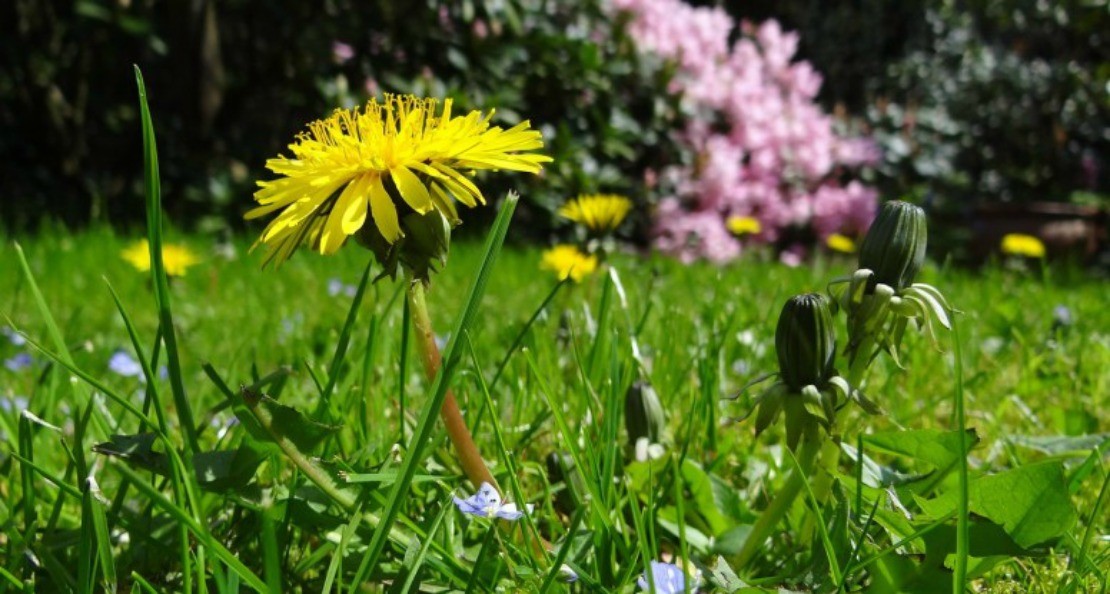 Despite the snowy view from our windows, it’s the official first day of spring, the Equinox, so called because the earth’s tilt is balanced in such a way that day and night are about equal lengths. Yes, there is snow, but the robins and snowdrops I spotted last week promise us: Take heart, friends. Warmer and longer days are ahead!

A deep connection with nature’s rhythms inspires many herbalists to mark the first day of winter or spring through celebrations and rituals, or even by simply drinking a cup of special tea. For many people, “spring” is synonymous with “clean,” but for us herbalists, this concept is not limited to organizing closets.

Traditionally, at the first hint of green, many herbally-inclined folks ate bitters such as dandelion greens and roots to sweep out the body’s winter cobwebs after a long winter eating preserved and dried food. Access to year-round leafy greens and fruit has not rendered this tradition obsolete. Our favorite herbal detoxifiers like burdock and dandelion are still warmly welcomed to our springtime teapots to help support our bodies as they deal with the toxins and stresses inherent to modern life.

Burdock and dandelion are favorite remedies for spring, and like most traditional purifiers, their actions may spring from their bitter flavonoids. (More about bitters from our friends at Urban Moonshine.)

Burdock Root (Arctium lappa): A common weed that is mucilaginous, alterative, tonic, diuretic, and diaphoretic (in the fresh herb).

Burdock was traditionally used by Western herbalists to “purify blood” and as a remedy for gout and kidney stones. An interesting note from Mark Pedersen in Nutritional Herbology says that the cleansing action may be more likely “due to its mucilage preventing the absorption of toxins from the digestive tract. By absorbing toxins from ingested food and those produced by intestinal flora, viscous fiber eliminates the source of many of the toxins. This allows the body to heal itself” (Pedersen, 2010, p. 58).

Burdock’s abundant minerals should nicely balance any mineral loss that may occur through the cleansing process.

Dandelion Root (Taraxacum officinale): A widespread weed that is a diuretic, hepatonic, astringent, among others.

Dandelion is another traditional herb for cleansing, thought to remove waste products by stimulating actions of the liver, gallbladder, and kidneys. Herbalists use it for conditions like acne and other skin conditions, arthritic conditions, and to prevent gallstones. Mark Pedersen believes that the inulin and mucilage in dandelion root soothe the digestive tract and “absorb toxins from ingested food and regulate the colonies of intestinal bacteria which produce toxins intended to ill other bacteria… That is, they help friendly flora thrive and inhibit unfriendly bacteria” (Pedersen, 2010, p. 79).

Dandelion root, like burdock, is mineral-rich and resupplies the body with potassium and sodium that may be lost during dandelion-induced diuresis.

One of my favorite spring tonics incorporates dandelion and burdock roots with the sweetness of red clover and another springtime favorite, nettle.

There are some differences in effects between the dried and fresh herb as the volatile oils may be lost in the drying process. Also, some herbalists claim mucilage is soluble in cold water only. To cover all bases, I like to mix it up: fresh roots for gently warmed soup, and dried for tea.