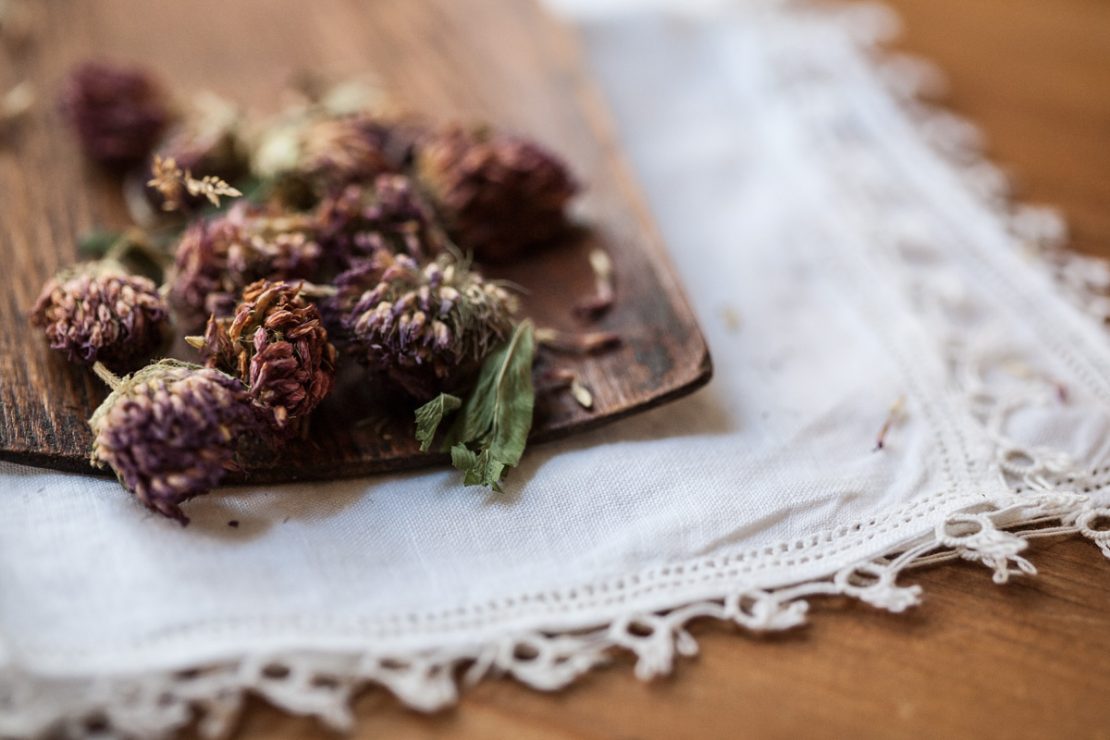 Sure, it’s a valuable herb for women (and men too), but is using red clover safe during pregnancy and breastfeeding?

Generally, red clover is a safe herb to use, however, when it comes to this season of a woman’s life, there are a few important things to consider as there are many conflicting views surrounding the use of this great herb for pregnant and breastfeeding women. 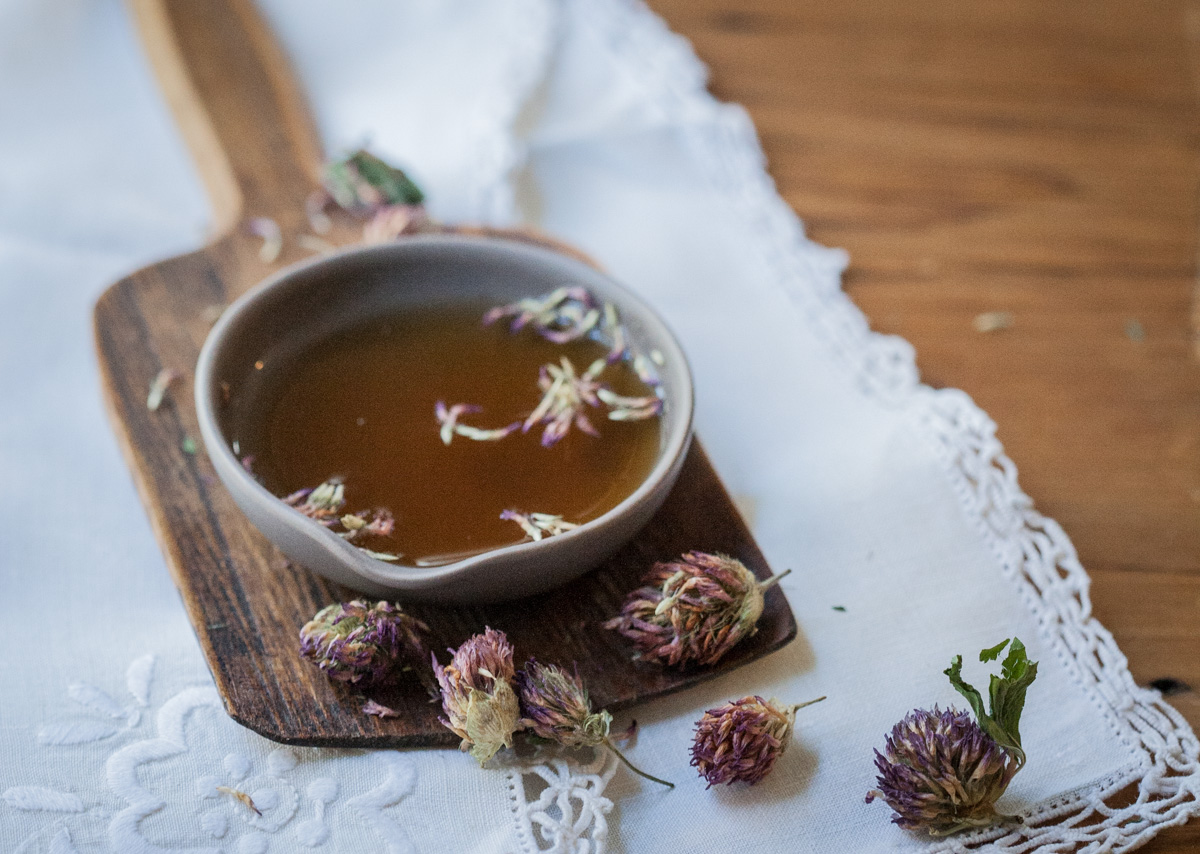 Red clover is a plant that is used for its multiple healing benefits.

According to Rosemary Gladstar, red clover can be considered one of nature’s best vitamin and mineral supplements, as it contains beta-carotene, calcium, vitamin C, a whole spectrum of B vitamins, and essential trace minerals such as magnesium, manganese, zinc, copper, and selenium (Gladstar, 2012). A strong infusion made from red clover is a wonderful way to take advantage of this rich vitamin and mineral content.

Because of its phytoestrogens, red clover is also commonly used by women to support common menopausal symptoms such as hot flashes, mood swings, and night sweats. The isoflavones in red clover appear to bind with estrogen receptor sites, preventing certain forms of estrogen such as estradiol and/or excess estrogen from accumulating (Gladstar, 2012).

Red clover is also commonly used as a fertility enhancer for women as it may help support a woman’s estrogen balance. Red clover is known as one of the best pregnancy preparation tonics, used to purify the blood and provide important vitamins and minerals to the body. Studies have also shown that red clover may act as a galactagogue by stimulating prolactin secretion, therefore increasing breast milk production (Bingel & Farnsworth, 1994). However, do these pre- and post-pregnancy benefits also mean that using red clover is safe during pregnancy and breastfeeding? 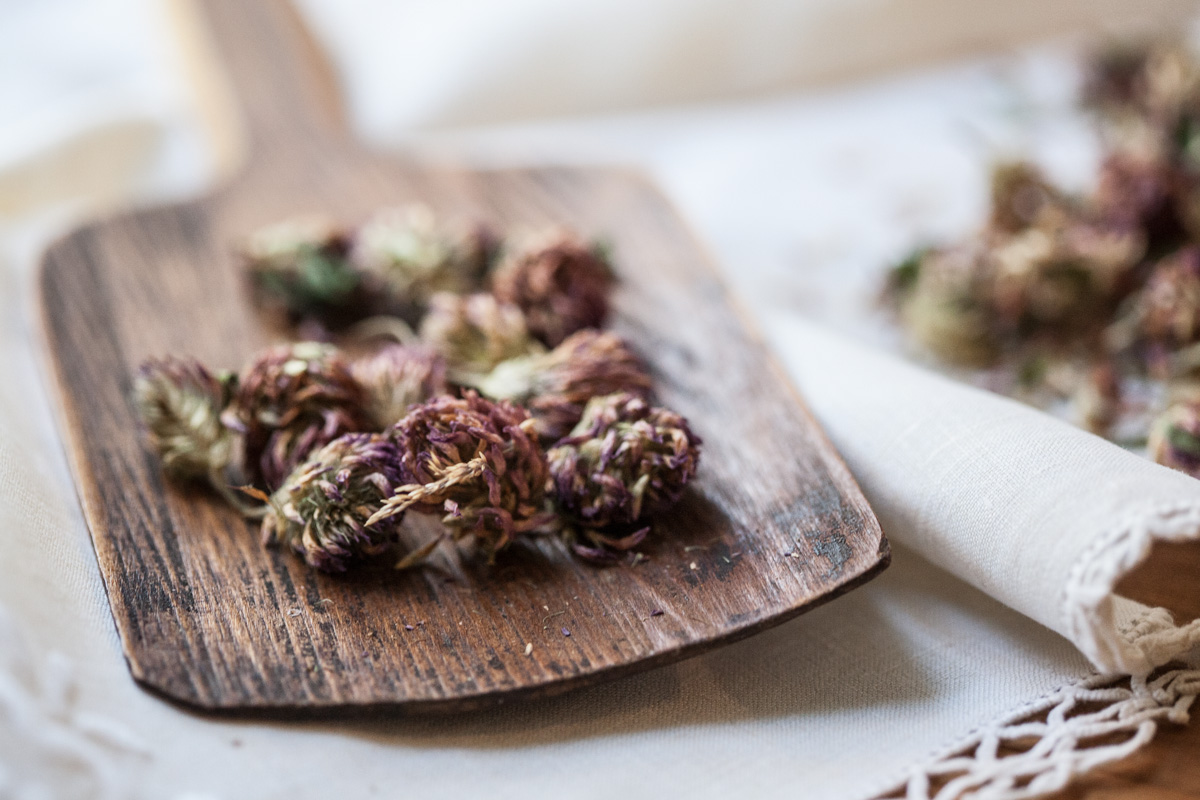 So, Is Red Clover Safe During Pregnancy and Breastfeeding?

There seems to be some disagreement among herbalists about red clover’s safety during pregnancy and breastfeeding, and on top of that, there is a lack of high-quality sources and studies on the subject. These factors make answering this question difficult.

So, Is Red Clover Safe…

Some herbalists seem to think that red clover is safe during pregnancy and breastfeeding, and many even sell pregnancy tea blends that contain red clover.

Well-known herbalist Susan Weed says, “Don’t stop drinking red clover infusion once you get pregnant, though. The infusion prevents and eases constipation so common during pregnancy. It also strengthens the liver and improves appetite, especially when morning sickness is a problem. And it relieves anxiety” (Weed, 2004, para. 20).

Naturopathic physician Dr. Lisa Watson includes red clover on her list of herbs that can be used with caution during pregnancy (Watson, 2011).

And this is the opinion of doula Dalene Barton-Schuster: “Because it is so high in nutrition it is often used in herbal infusions during pregnancy preparation, pregnancy, and lactation when directed by a natural physician or herbalist” (Barton-Schuster, n.d., para. 1).

It seems that herbalists who believe in red clover’s safety during pregnancy and breastfeeding tend to follow the same usage guidelines.

However, it seems that the majority of available information does not point to red clover as an herb that should be used during pregnancy and breastfeeding, for a few reasons.

The predominant concern has to do with the phytoestrogens and isoflavones that are present in the herb.

Studies have shown mixed results for these estrogen-like effects in the body. Some studies show they can be beneficial in certain circumstances such as infertility, lactation, and menopause (Molteni et al., 1995), but others have shown a lack of evidence and even potential adverse effects due to the variability of these substances in the body (Whitten, 1995).

When it comes to the average healthy pregnancy, the body regulates all hormones in sufficient levels to support fetal growth. The concern with the use of phytoestrogen-rich herbs during this time is that these hormone levels may be thrown off balance. It’s also unknown if the potential estrogen-mimicking effects of red clover will negatively affect the endocrine system of the developing fetus or cause unwanted endocrine effects in breastfed newborns.

Of course, the activity of phytoestrogen-containing herbs varies greatly based on the potency of the herb, the person taking it, the dosing, the frequency, the preparation, and the route of administration (Hoffmann, 2003). These variables make it difficult to determine whether the above concerns are legitimate.

Another reason many herbalists prefer to avoid using red clover during pregnancy is due to its cleansing effects on the lymphatic and hepatic body systems. Red clover is commonly used to encourage the body to remove metabolic waste products (Herbal Academy, n.d.), and pregnancy and breastfeeding is not the time to have excess toxins circulating in the body.

Lastly, red clover is regularly cautioned for people with bleeding disorders or those taking blood thinner medications as it can potentiate this effect. Pregnancy is another time when thinning the blood is cautioned and therefore red clover may not be the best fit for this reason (Herbal Academy, n.d.). 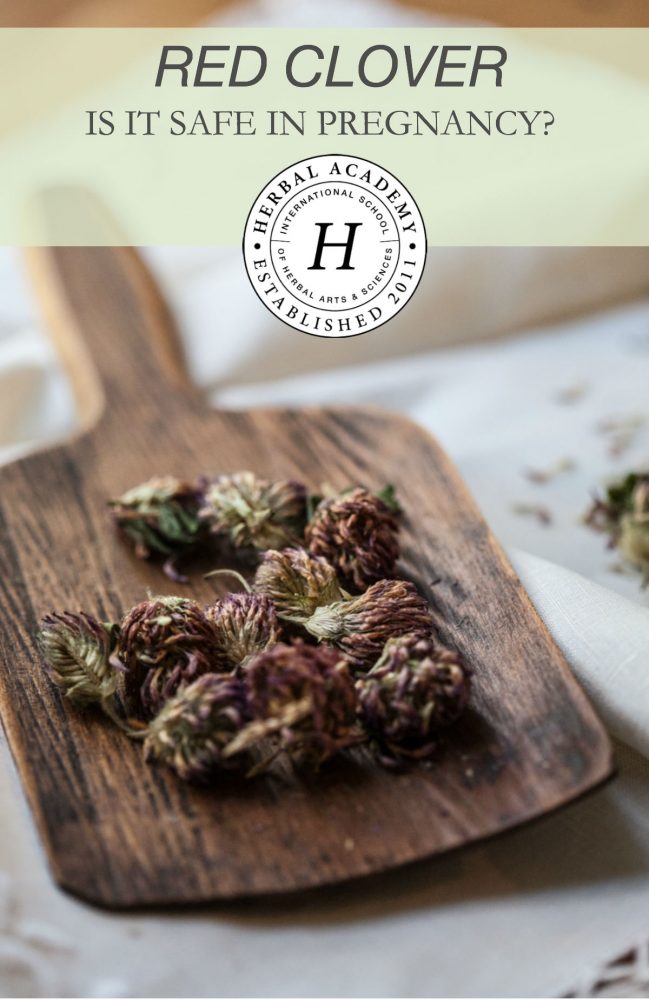 So What Is Our Opinion Here At The Herbal Academy?

Because the Herbal Academy prefers to err on the side of caution, we do not suggest using red clover during pregnancy and have not included it on our “definitely safe,” “thought to be safe,” or “after 1st-trimester” lists of herbs for pregnancy found in our Advanced Course (Herbal Academy, 2015). It may be beneficial for breast milk production, but it’s best to use it in reasonable amounts under the care of an experienced herbalist and not for extended periods of time.

If you are interested in using red clover and you are pregnant or nursing, we recommend that you talk with your midwife, obstetrician, and herbalist first or seek an alternative.

When in doubt, especially during pregnancy and breastfeeding, it is best to avoid herbs that could be questionable to you and your baby’s health.

What about you? Do you believe red clover is safe for pregnancy and nursing?