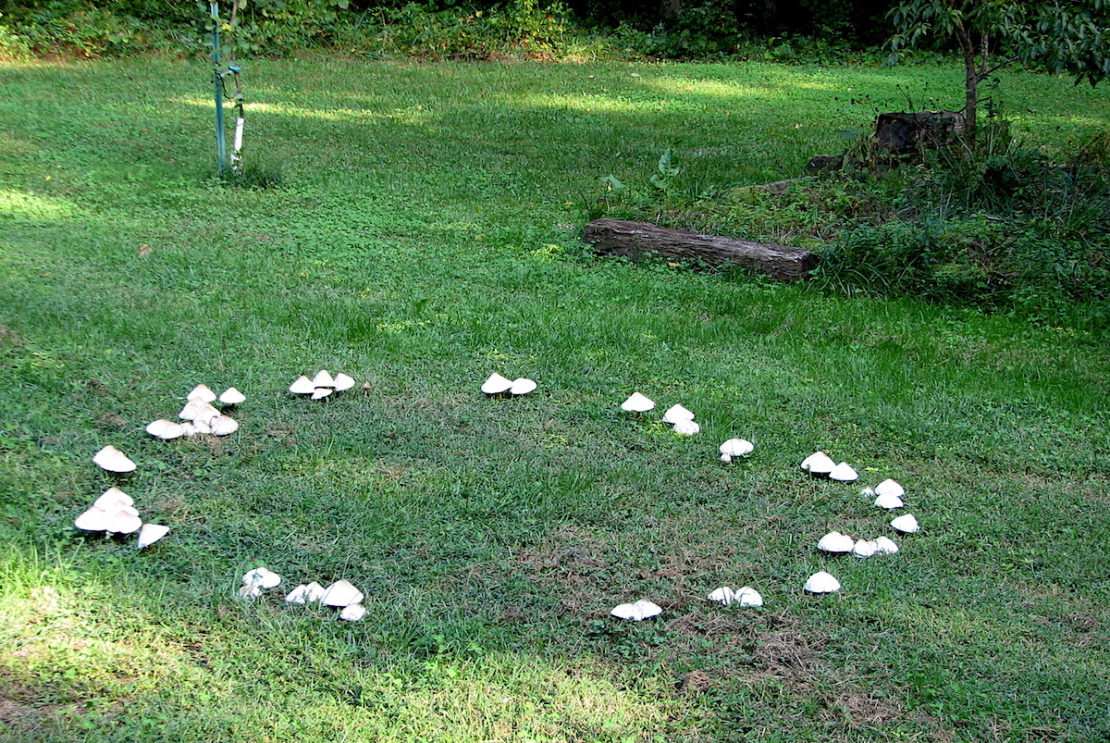 Before microscopes, test tubes, and organized scientific study, humans all over the world told myths, tales, and legends that explained what mushrooms are, how they came to be, and what they might indicate.

Although the modern understanding of fungi and mushrooms is founded on biology, ecology, and chemistry, many people still find insight and inspiration in the stories that have been told for generations about these colorful life forms. And it’s no wonder that mushrooms have sparked so many curious tales—picture yourself walking through a dimly lit forest on a misty autumn morning, discovering a patch of bright yellow or red mushrooms. That’s certainly enough to feed the imagination! 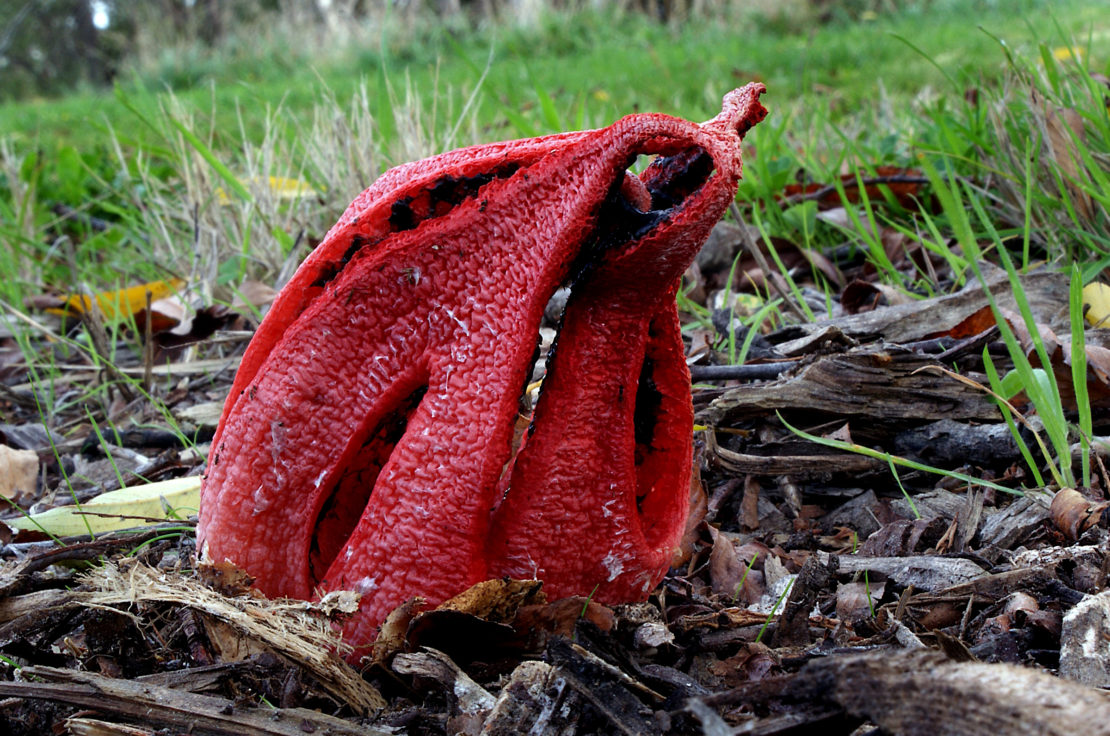 One of the more common mushroom folklore stories revolves around mushrooms growing in a circle—fairy rings as they’re called by some. In this article, we’d like to explore this element of mushroom folklore a bit further.

If you know any mushroom-related folklore, chances are you have heard about fairy rings—mushrooms that grow in a ring and are associated with fairies, elves, pixies, or witches. You may have even been warned as a child that if you step into the center of a ring of mushrooms, you will be transported to fairy land!

Although there are countless etiological tales and superstitions about these often perfectly circular arrangements of fruiting bodies, fairy rings are a natural phenomenon. They occur when the substrate in which mycelium (the underground portion of a fungus) is growing is consistent. When a fungus’ food supply is uninterrupted, it will grow outward in all directions creating a circle on the ground, and when conditions are right the mycelium will produce fruiting bodies at the edge of this circle. Fairy rings can be seen even before the fungus fruits, however. Often, the grass or other vegetation within the ring is a different color from that of the outside of the ring—as the mycelium consumes nutrients from within the circle, the vegetation’s color is affected (Kuo, 2003; Petersen, 2013).

The fairy ring mushroom (Marasmius oreades) is an edible species that forms rings and is most commonly associated with fairy rings, but many mushrooms can form this growth pattern if conditions are right (Kuo, 2003). Other species that frequently form rings include the giant funnel mushroom (Leucopaxillus giganteus), the field mushroom (Agaricus campestris), and the poisonous false parasol mushroom (Chlorophyllum molybdites) (Kuo, 2003; Petersen, 2013). 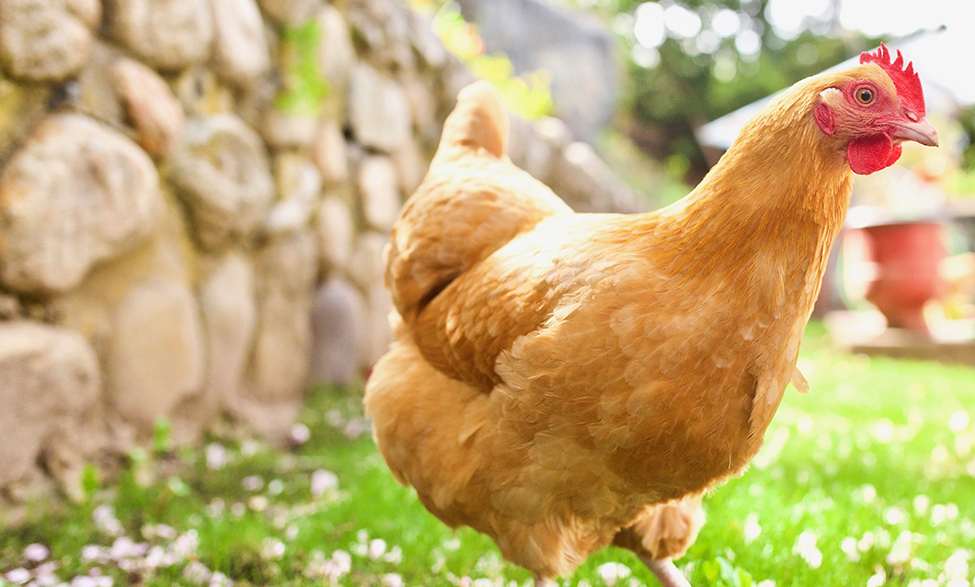 In the British Isles it was believed that grass inside the fairy ring was poisonous to animals, and animals who grazed there would be struck by disease (Findlay, 1982). This concern even shows up in Shakespeare’s The Tempest:

Ye elves of hills, brooks, standing lakes and groves,
And ye that on the sands with printless foot
Do chase the ebbing Neptune and do fly him
When he comes back; you demi-puppets that
By moonshine do the green sour ringlets make,
Whereof the ewe not bites, and you whose pastime
Is to make midnight mushrooms … (Shakespeare, 2004, originally published in 1623, p. 146)

Interestingly, there was a belief that animals who did consume vegetation from the forbidden fairy ring could only be cured by eating a handful of St. John’s wort harvested at midnight on St. John’s night (Findlay, 1982).

Farmers needed to be cautious about more than their grazing livestock when it came to fairy rings. They had to be particularly careful not to till, dig, or mow in one. There is a traditional Scottish rhyme that tells what might happen:

He wha tills the fairies’ green
Nae luck again shall hae;
And he who spills the fairies ring
Betide him want and wae;
For weirdless days and weary nights
Are his till his decin’ day! (Chambers, 2015, p. 324).

All over Western Europe, it was considered bad luck to interfere with a fairy ring. Folklore tells us that the consequences range from exhaustion (from being forced to dance with the fairies for days on end), to entrapment or an early death (Dugan, 2008). In France, where they are known as Ronds de Sorcières, (“sorcerer’s rings”) it was believed that enormous, magical toads with bulging eyes would appear in the center of the circle and curse anyone who entered (Findlay, 1982).

But what did our ancestors believe caused these circles of fungi? In most stories, they are formed from the dancing feet of fairies or elves (those dancing feet scorch the grass with their heat!); in others, the heat that scorches the grass comes from the fire of dragons (Dugan, 2008; Findlay, 1982). In Germany, fairy rings are called hexen rings, indicating an association with witches. It was thought that they were formed from dancing witches on Walpurgis night (the evening before May 1st) (Findlay, 1982; Rogers, 2011). In North America, some Native peoples believed that fairy rings were caused by the dances of the buffalo—large rings were formed by adult buffalo and small rings by calves (Rogers, 2011).

Although most of the lore surrounding fairy rings have an air of bad luck surrounding them, in some traditions they are considered lucky. In Switzerland and Russia, fairy rings marked hidden treasure that could only be found with the aid of either fairies or witches (Findlay, 1982; Toporov, 2009). 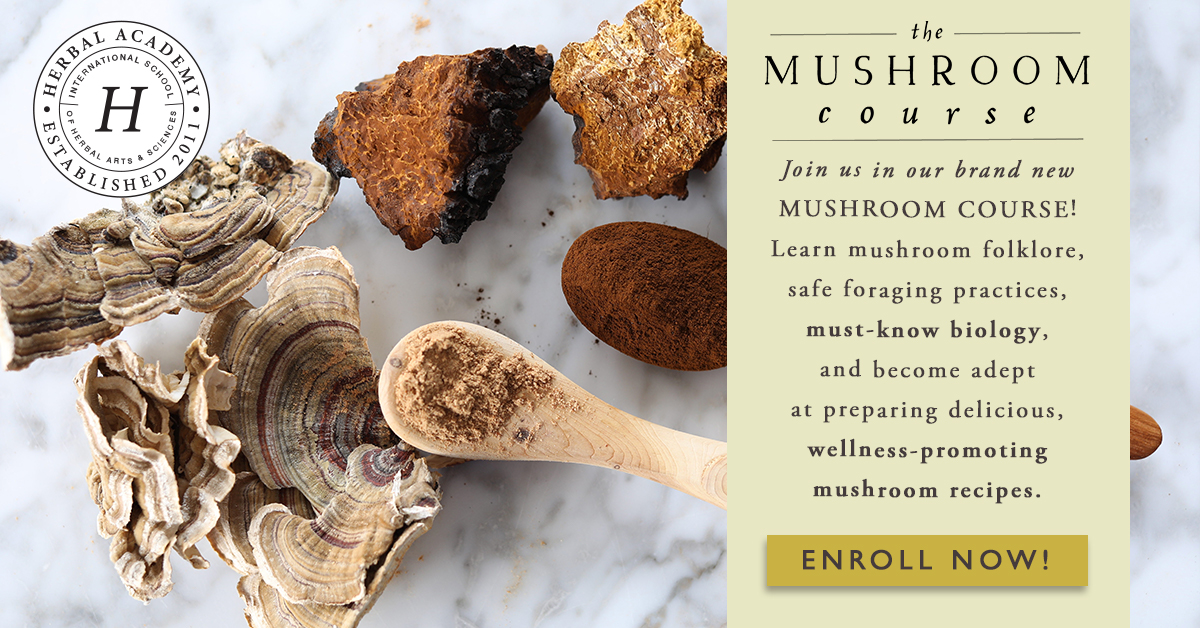 Learn Even More About Mushrooms In Our Newest Course

We hope you’ve enjoyed this article on mushroom folklore. If you’re interested in learning more about using mushrooms for wellness, let us invite you to join us in our short course, The Mushroom Course.

This introductory- to intermediate-level course will have you digging into the intricate details of mushrooms, examining the visual characteristics you need to know to differentiate one mushroom from another, and learning how to use identification keys for safe foraging. Not only that but you’ll also learn how to use and prepare mushrooms as both foods and herbs to cultivate wellness. 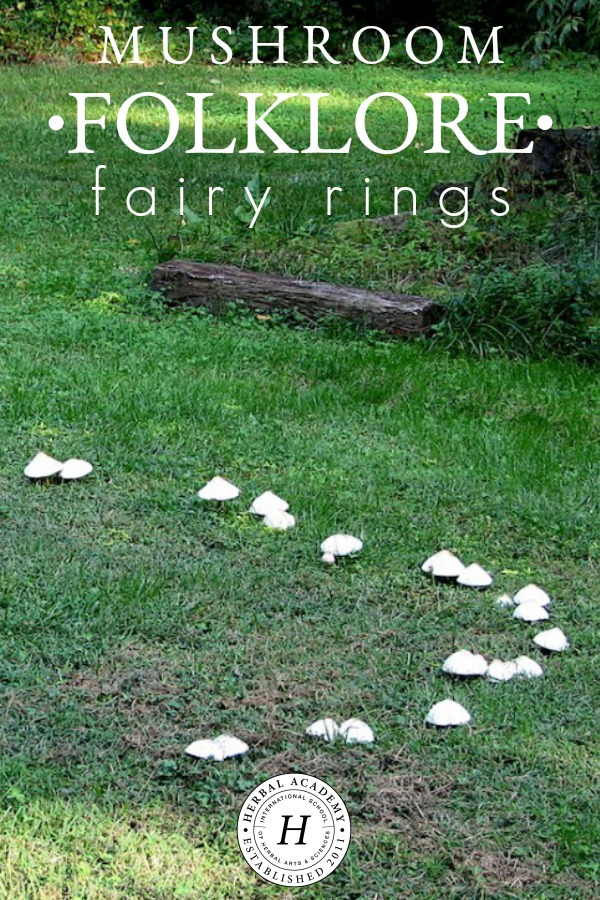