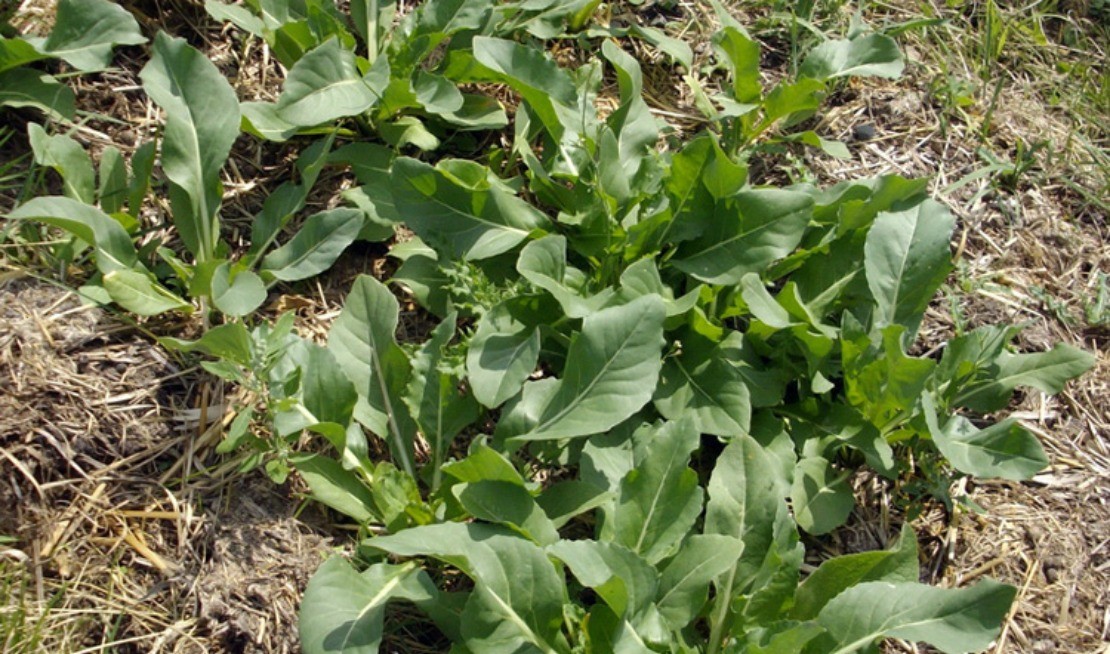 Worries about influenza, Ebola, and measles are making headlines. As herbalists, we have many natural flu remedies in our toolkits, including a repertoire of immune boosters, cold remedies, and digestive aids to help with viral symptoms. Wouldn’t it be helpful if there were other plants, like elderberry, that work at the cellular level to prevent the attachment and replication of viruses in the body? Of course there are. These herbal antivirals must be part of our approach to natural flu remedies, too.

I grew one antiviral in my garden for over a decade before I knew of its benefits. It began as a natural dye experiment, morphed into a science fair project that went national, and became an integral part of our farm business plan before we noticed all the journal articles with double blind studies on its efficacy as an antibiotic, antiviral, anti-inflammatory, and anti-cancer herb.

A Brief History of Woad

Isatis tinctoria or Dyer’s Woad is an easy-to-grow biennial that originated in the Caucus area near Turkey. It was valued for its rich blue pigment, and archeological evidence traces its use as a natural dye back to the Neolithic period in France, the Bronze age in Austria and Germany, the Iron Age in Northern Europe and the British Isles, and the Pharonic period in Egypt.

Isatis Use in TCM

In Traditional Chinese Medicine, Isatis indigotica, or Chinese woad, was used for centuries for its distinctive blue dye as well as its antiviral and antibiotic benefits (learn how to dye with woad). Much of the scientific literature, including over 100 journal articles just in the last 15 years, we owe to the diligent research of Chinese scholars.  For over 2,000 years, Isatis root, Ban Lan Gen and Isatis leaf, Da Qing Ye, were recognized for their ability to cool a fever and stop a cytokine cascade in the body during both viral and bacterial infections, including the flu. In China many households have Ban Lan Gen tea granules in the medicine cabinet as a preventative decoction during cold and flu season.

Woad root has a mild taste. Woad leaf, on the other hand, has a mustardy, cabbage flavour, similar to many other plants in the brassica family. The leaf and second year closed flowers were used as a food source in famine. The flavour is more pungent in the second year.

Dyer’s Woad can be invasive. It is considered noxious in eight states and in parts of Canada. If you decide to grow it, please use the first year plants and harvest the root before it flowers. Better yet, if you are in zone 5 or warmer, grow Isatis indigotica, and leave dyer’s woad for harvesting from the wild. All Isatis spp. are used interchangeably for herbal medicine.

Woad, a practical addition to your natural flu remedies

Isatis is a comprehensive antiviral that is useful against all forms of influenza, SARS, all respiratory virus infections, viral pneumonia, meningitis, pseudomonas lung infections, scarlet fever, sore throat, laryngitis, tonsillitis, eye infections, leukemia, chicken pox, and shingles. It is strongly active against measles, mumps, and rubella, as well as hepatitis B and hemorrhagic fevers.  It is being used in China for viral hepatitis.  And it is being used in veterinary medicine against canine distemper, rinderpest, parvovirus, and Newcastle disease in poultry.

Isatis is a broad spectrum antiviral that inhibits viral replication, inhibits viral attachment to the cells, inhibits hemagglutinations, inhibits viral neuraminidace (comparable to Tamiflu), and inhibits RANTES. It potentiates the effectiveness of viral vaccines and is an immune stimulant.  It is also effective against leukemia, liver cancer, and possibly other cancers (Buhner, 2013).  There is a US patent (US20030054047) for Isatis as part of an antiviral treatment for HIV and AIDS.

Isatis also has a broad range of tested antimicrobial actions against diverse bacteria and microbes which protect against secondary infection.

The roots are used in traditional Chinese medicine as a decoction. The leaves are infused like tea. The leaves are considered more potent for upper respiratory symptoms. In Herbal Antivirals, Buhner (2013) states that the leaf is better for acute conditions and the root for chronic conditions, but recommends a tincture made from 2 parts leaf and 1 part root.

The fresh leaves contain a number of medicinal precursors. They need to be dried at 100 degrees F for the precursors to convert to their active medicinal compounds. Once dry, the leaves and roots are ground coarsely before extraction. It is easier to extract its bioactive alkaloids in acidic water, anywhere from a pH of 1 to a pH of 6. Adding vinegar to the extraction water suffices to lower the pH enough. Since most of the medicinal alkaloids are water soluble, you don’t need much alcohol to make a tincture, just enough to stabilize the solution so that it won’t decompose or mold in storage. 25% is adequate.

Buhner warns that the tincture tastes disgusting like rotting cabbages, and recommends hiding the flavour with another more palatable herb like licorice or yerba santa. I’ve used licorice and ginger in my recipe for their flavour and for their synergistic affects.

For prevention: 30 drops up to 6 times per day.

Do not use the full dose for longer than 3 weeks.

Isatis will potentiate the effects of antibiotics and viral vaccines.  Don’t take Isatis at full strength longer than 3 weeks.  Isatis should not to be used in cases of kidney disease with renal failure or by those on dialysis. It can induce a deep chill if used for longer than 3 weeks, which resolves after the herb is discontinued.  The leaf tincture can occasionally cause nausea.  No adverse reactions have been reported in the scientific studies.  It can be used with caution in children.  Consult your practitioner for guidance.

Isatis spp. are easily grown, generous plants. Please grow them wisely and harvest them abundantly for natural flu remedies and antivirals. This is one plant definitely worth having in your herbal tool kit.

Chris Dalziel has been playing with woad, the distinctive blue natural dye, for over a decade but only recently discovered the useful antiviral and antimicrobial benefits of this generous herb.  Chris is a student in HANE’s Intermediate Herbal Course and writes about herbal remedies and homesteading at JoybileeFarm.com. To learn about Woad’s antimicrobial properties check out Chris’ blog post.