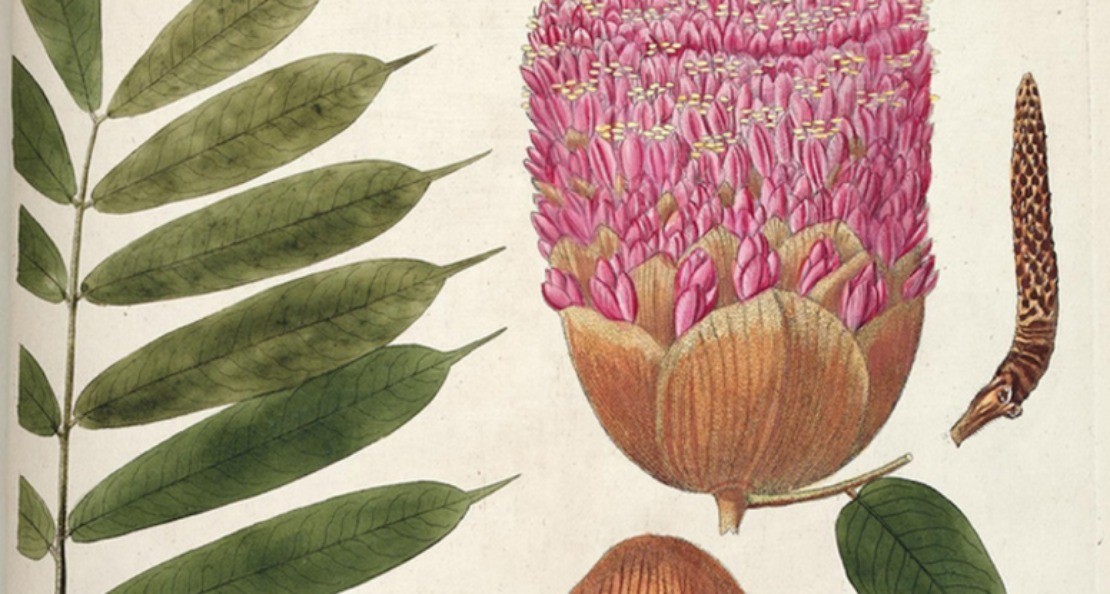 If you have spent time reading about or studying herbs, chances are you have come across botanical names. Usually in italics, botanical names are found in herb profiles, scientific studies, and even in everyday places, such as the back of your favorite herbal tea blend.

If you are a HANE student, you may have seen botanical names in your studies with our online courses.  Though unfamiliar at first, botanical names are an important part of the herbal world that help us correctly identify the plants we use.

Botanical names are important because the common names we use can be so confusing! Depending on where you live, dandelion may be better known as an Irish daisy, monk’s head, priest’s crown, blowball, or swine’s snout. Adding to the confusion, two or more plants  can share a common name– all heal, for instance, can refer to three different herbs – do you mean Stachys? Or possibly Prunella vulgaris? Ah, you meant Valeriana officinalis – the only one with white flowers and a pungent smell.

Botanical names are recognized by herbalists and botanists worldwide, no matter what language they speak, and they help us use herbs safely by eliminating confusion about which herb we are discussing. Learning botanical names is a useful skill to practice, but first let’s look at a little history behind the names.

Sometimes, a botanical name is called a plant’s “Latin” name – even though they aren’t really Latin anymore. Botanical names were originally based on Latin, though, which was the language of higher learning in Europe up until the 1700s.

Botanical names are also sometimes referred to as “binomial nomenclature” because botanical names are made of two parts. The two-name system was first consistently used by Carolus Linnaeus, (sometimes known as Carl Linnaeus) a Swedish scientist, in his 1753 book Species Plantarum (Species of Plants).

How a Plant Gets Its Name

But that may still leave you scratching your head about how each herb gets its own unique moniker, or how to make sense of a botanical name. It helps to remember that the first part of each name tells us the genus of the plant, and the second part tells us its species.

The genus is always capitalized, and can belong to more than one herb. It describes plants that botanists have grouped together according to their similarities. The second part of the name tells us the species of the herb, and is never capitalized. As an example, all willow trees are in the genus Salix. The species, though, tells us which type of willow – Salix alba is white willow, and Salix nigra is black willow. In this case, both have similar herbal uses, but each has unique applications, as well.

Botanical names are treated like Latin phrases, even though the modern inspirations for names can come from almost anywhere – personal names, languages other than Latin, place names, anagrams, or even puns or jokes. By treating everything like Latin, botanists make sure that there is at least some common ground among all botanical names, regardless of where or how the name originated. Usually, the person responsible for discovering the plant is given the honor of naming it, although the original name may be changed if new discoveries about a plant are made, and botanists decide that it is in the wrong genus. Thankfully, renaming doesn’t happen all that often.

Sometimes you will see a botanical name followed by another name in quotations, like Lavender angustifolia ‘Munstead’. This third name is called a cultivar epithet. Cultivars are created by domestic plant breeders who have selected for specific qualities within a species.

Now that you have some background about botanical names, you can dive into the nitty gritty of using them! There are just a few simple rules you need to know to get started:

Because botanical names help us get specific within the world of herbs, it’s helpful to incorporate them into your herbal studies, and it’s easy, too! Try double labeling your extracts and dried herbs with the common name on one side and the botanical name on the other, or making botanical name markers for your garden. Flashcards are an old standby, of course, or you can create your own word search puzzles or crosswords using an online puzzle maker if you’d like something a little more fun and challenging.

Botanical names don’t have to be intimidating, and they go a long way in helping clear up confusion, while increasing our safety when working with herbs, and helping us find reliable information about the herbs we use. They are a valuable part of any herbal education, and open the door to a new level of knowledge to explore.

If you are fascinated by botanical and common names and want to learn more, The Herbarium is a wonderful resource. All of our herbal profiles include botanical names and common names, and some even list the common names in several languages. Each profile also includes pictures and an in-depth article to read that covers uses, harvesting guidelines, research, safety and ways to use each herb.