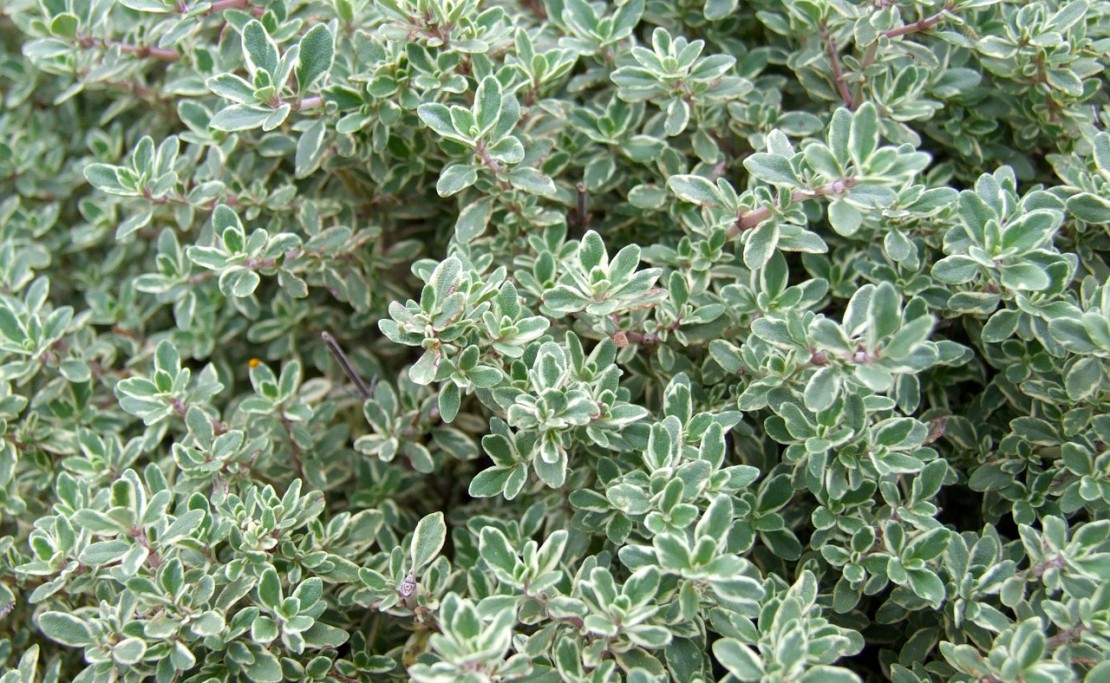 Tucked away in our kitchen pantries and cupboards, in our windowsills and gardens, are familiar and friendly herbal mainstays that are as healing as they are flavorful. Like all herbs, culinary herbs also contain minerals, vitamins, and active constituents, and when used properly and in appropriate amounts, can offer potent and comforting options for common discomforts.

As cold and flu season approaches and back-to-school germs proliferate, knowing which kitchen herbs you can take right from cabinet to teapot is a great first step for aspiring herbalists, who may feel more comfortable with herbs they already use regularly. As always, do check in with your health care practitioner before consuming herbs.

Fresh or dried, our top five kitchen herbs for cold season can be prepared separately or together as an infusion.

Dried Herbs: If you’re using dried herbs, make sure they are still potent – compost or discard herbs that are colorless, odorless, and have been in your cabinet for years. If there’s a coat of dust on that jar, it’s time to say goodbye!

Fresh Herbs: The water content in fresh herbs means that a greater amount should be used – a good rule of thumb is to double the amount if using fresh herbs for tea.

To save time, rather than making each cup of tea individually, prepare your tea in the morning by the quart, and then drink as needed throughout the day. All amounts below refer to adult servings.

Sage, from the Latin salvere (to save) was in ancient times considered sacred, its powerful properties inspiring much folklore with one medieval medical manuscript proclaiming “Why should a man die if sage grows in his garden?”  Exaggeration aside, sage is rich in essential oils, and is antioxidant, astringent, anti-inflammatory, anti-microbial, and anti-catarrhal (helps body remove excess mucus).

Herbalists use sage’s drying and warming properties to bring comfort to irritated and sore mouths and throats, especially in conditions where fluid and mucus are excessive. An infusion of sage can be gargled and used as a mouth wash to soothe inflammation.

Interestingly, Salvia officinalis extract was shown in one double-blind, randomized and placebo-controlled clinical trial to produce significantly better outcomes in cognitive function when compared with placebo in studies on Alzheimer’s patients. Another study showed that one of sage’s active ingredients, rosmarinic acid, provided neuroprotective effects.

Preparation: Use 1 1/2 teaspoons of dried sage (3 teaspoons fresh) per cup of hot water.

Ah, Rosmarinus, the beautiful “dew of the sea,” a fragrant, oceanside, evergreen Mediterranean member of the mint family, whose aromatic pine-needle like branches were said to adorn the goddess Aphrodite as she emerged from the sea. Also associated with the Virgin Mary, rosemary’s affinity with the feminine is again seen in the medieval belief that rosemary growing in dooryards signified that a woman ruled the roost in that household.

Rosemary has long been associated with improvements in memory as well as remembrance, with sprigs worn by mourners or tossed onto caskets of the deceased. Indeed, several studies on rosemary’s ability to enhance memory have confirmed what herbalists have always known, and in 2013, research at Northumbria University showed that just sniffing the scent of rosemary improved memory as well as performance in mental arithmetic.

Use only culinary amounts during pregnancy.

Used for at least 5,000 years as both food and medicine, an ancient Roman proverb states of this member of the onion genus: “One must be very suspicious of anyone who does not eat garlic.” Known as “the stinking rose,” its strong odor and pungency were believed to ward off evil spirits, werewolves, vampires, and hungry tigers, and the bulbs were even used as currency in ancient Egypt. These days, its medicinal qualities are undisputed.

An immune system stimulant, a diaphoretic, expectorant, and antimicrobial, the raw cloves are used to support respiratory issues in the winter months. Garlic’s anti-inflammatory action can ease some of the discomforts of a cold, as well as shorten its duration by stimulating the immune system, thinning mucous, and throwing off a fever.

Those will gastrointestinal sensitivities or ulcers may find that garlic aggravates their condition. Avoid large amounts during pregnancy, postpartum, and breastfeeding, and if you’re on blood thinners or antibiotics. Avoid if allergic to alliums.

Preparation: Crush or chop the cloves and let sit for 10 minutes before taking. To retain garlic’s healing properties it shouldn’t be heated at too high a temperature or for too long. Spread on toast or add to tea towards end of steep time and add plenty of sweetener and lemon!

Tongue-tingling and pungent, this tropical rhizome’s culinary and medicinal uses are detailed extensively in early Traditional Chinese Medicine and Indian medical texts as well as ancient Roman, Greek, and Arabic traditions. Ginger’s deeply warming zest was also a favorite of the English including Queen Elizabeth I, who is credited with the traditional Christmas gingerbread men.

Fresh and dried ginger are used differently in ancient Chinese and Indian traditions: fresh ginger is used to resolve dryness and “heat;” dried ginger resolves “chill and damp.” Widely used for taming nausea and morning sickness, ginger also provides a range of application for cold and flu, circulation, the reproductive system, and as a general anti-inflammatory.

You can find herbs for cold season at your local grocery store or online.

Herbalists use ginger’s anti-microbial activity and ability to thin mucous, as well as its diaphoretic action, to help the body progress through a a cold or flu.

Another Mediterranean member of the mint family, thyme’s name indicates that it may have once been used as sacred incense: “thyme” from Old French thym, from Latin thymum, from Greek thumon, from thuein which means “to make a burnt offering.” Folklore lineage indicates that thyme was associated with courage: Ancient Greeks used thyme incense to invoke bravery and medieval soldiers were begifted sprigs of thyme for courage.

Thyme’s volatile oil constituents, especially thymol, are antimicrobial against different kinds of bacteria including those involved in upper respiratory infections. Choose thyme for “mucousy” respiratory conditions with productive coughs (rather than dry coughs). Thyme’s antimicrobial, antiviral, expectorant, anticatarrhal, and lung protective qualities are used by herbalists to support resolution of cold and flu, as well as other lower and upper respiratory tract infections.

Just a one percent concentration of essential oil of thyme has been shown to decontaminate Shigella inoculated lettuce, reducing the number of bacteria below detection. 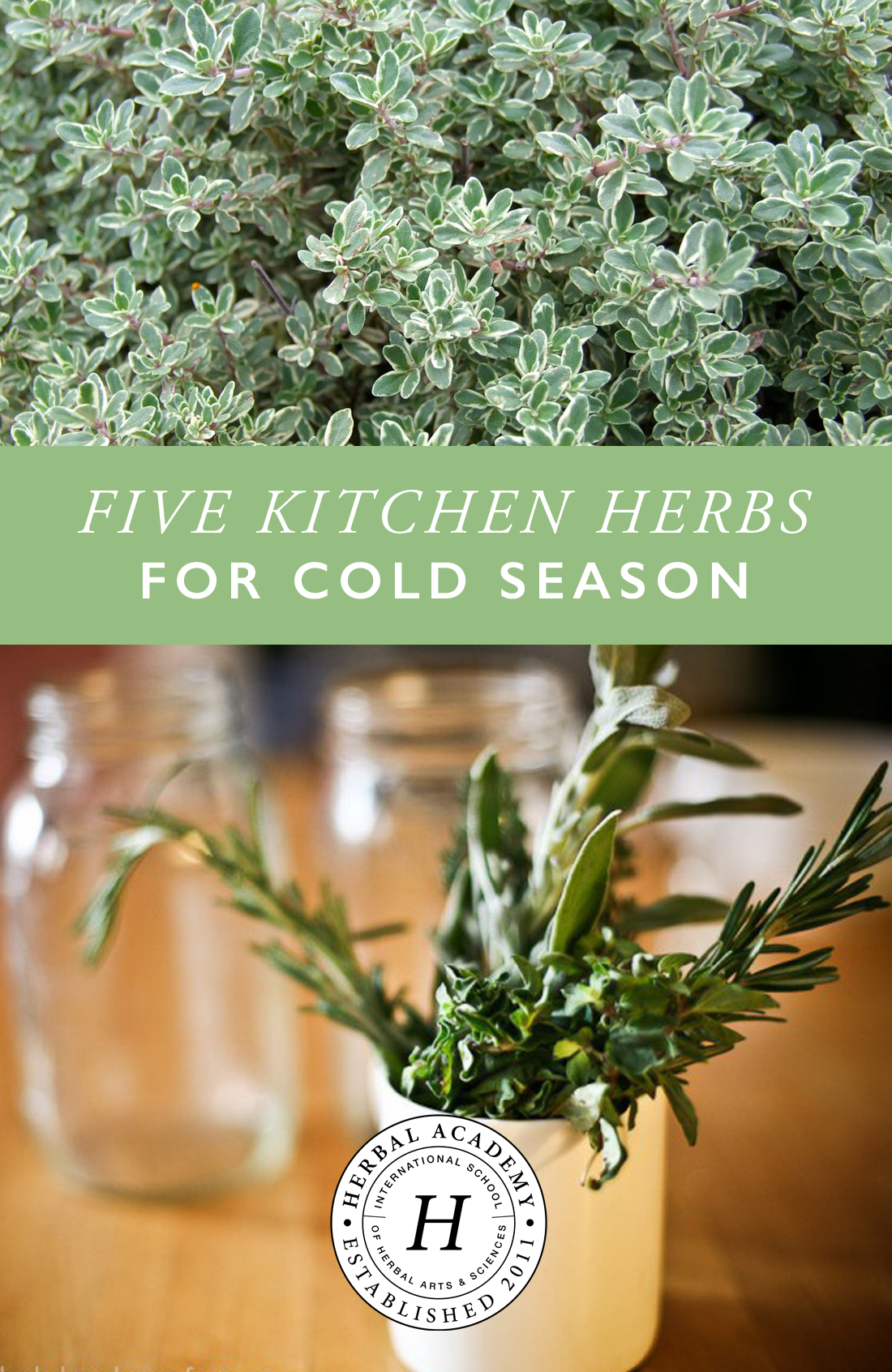 History, myths, and legends of aromatherapy part 2. Retrieved from http://aromaticamedica.tripod.com/id23.html

The History of Ginger: From India to the New World. Retrieved from http://reddog1027.hubpages.com/hub/The-History-of-Ginger