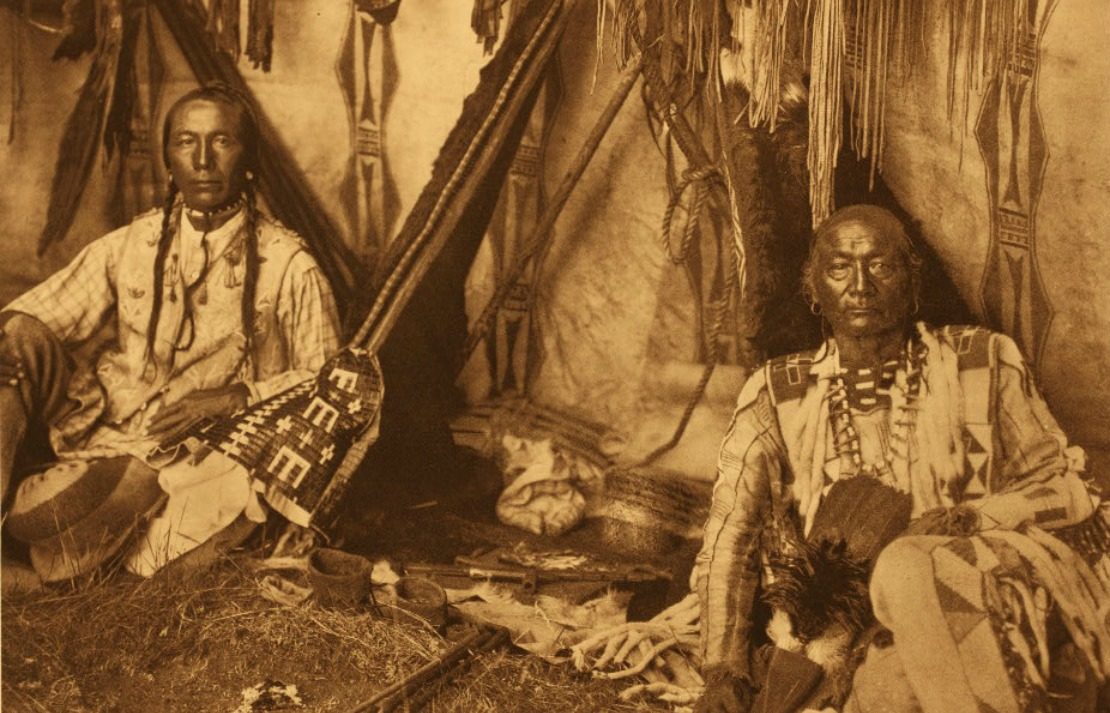 “Man did not weave the web of life; he is merely a strand in it, such that whatever he does to the web, he does to himself.”

Native Americans believe strongly in the interconnection of all of creation. They practice their healing arts in a way which includes the natural world and the whole person – body, mind and spirit.

In the book titled Healers on Healing

Brooke Medicine Eagle describes the circle of healing in this way:

“We gather in a circle, arms around each other’s waists, listening as a beating drum echoes the heartbeat of Mother Earth, until the sound resonates within us. Then we each echo the beat by stepping down on the left foot while picking up the right knee, keeping the left foot open and the step deep and gentle on the face of Mother Earth. In doing this we have focused what we call a first attention-the attention of our everyday, physical body reality. With it we determine right from left, feel physical weight on one side of the body or the other, step down in rhythm with the drum beat, feel the presence of others, move with them and find our balance. For a few moments our entire attention is focused in this basic and primary “Earth Dimension” of body consciousness-hence it is called a first attention.”

In the third attention the dancers focus not only on how they are stepping and not only on Mother Earth, but on the whole circle of dancers. Each person is both a leader and a follower yet is neither because everyone has the same value on the circle. Each dancer is as slow as the slowest person, as weak as the weakest link. This oneness or wholeness is what their tradition names holiness. “This holiness is the essence of healing, which means to manifest wholeness in spirit and bring it into our bodies, our families, our communities, and our world.”

Native Americans believe that illness is a sign of misalignment in spirit as well as in the physical body. Addressing the spiritual well-being of the sick is considered equally or even more important than addressing the actual physical ailments. This idea seemed preposterous to the profoundly Christian settlers but it comes full circle to today’s modern scientific belief that our emotions as well as our spiritual health play a substantial role in our physical well being.

Long before the Europeans arrived on the North American continent indigenous people were practicing herbalism. Some of their knowledge of how plants could be used for wellness came from their keen observation of the wildlife around them. They observed that deer, elk, and bear sought out plants to eat when they were sick. They saw the animals recover and knew to experiment with these herbs and plants to heal themselves. An example illustrating this was the 1534 second exploration of the St. Lawrence River by French explorer Jacques Cartier. Winter descended, it was bitterly cold and the French were not prepared. They were stranded surviving on old rations and only rarely eating a meal of fresh game. They became extremely sick with the disease that we now recognize as scurvy, 25 men died.

Jacques Cartier, his first interview with the Indians at Hochelaga now Montreal in 1535

One day Jacques Cartier met up with Dom Agaya (a native) whom he had seen two weeks earlier at which time he had been extremely ill with the same disease. Cartier finding Dom Agaya now to be in good health questioned him about what had healed him. He learned that the Iroquois women had brewed him a herbal tea containing juniper bark and needles and had used the tea dregs as a herbal poultice for his swollen leg. The French tried this herbal brew and rapidly recovered.

The indigenous tribes also worked and communed with plants and herbs believing that there was an exchange of healing information from the plants themselves that guided them through the process of selecting the right herbs and plants for healing. “All plants are our brothers and sisters. They talk to us and if we listen, we can hear them.” The vital energy that moves through the plant world is believed to be the same vital energy that moves through all of life on earth.

Plants were carefully studied by the Native Americans over thousands of years contributing to the huge knowledge base of over 500 herbal plants. This plant and herbal knowledge learned and used by these early tribes was passed down orally for the most part as very little was written.

Following is a short list of herbs that were used by the earliest inhabitants of the North American continent and the knowledge of which has passed down to herbalists to use today: