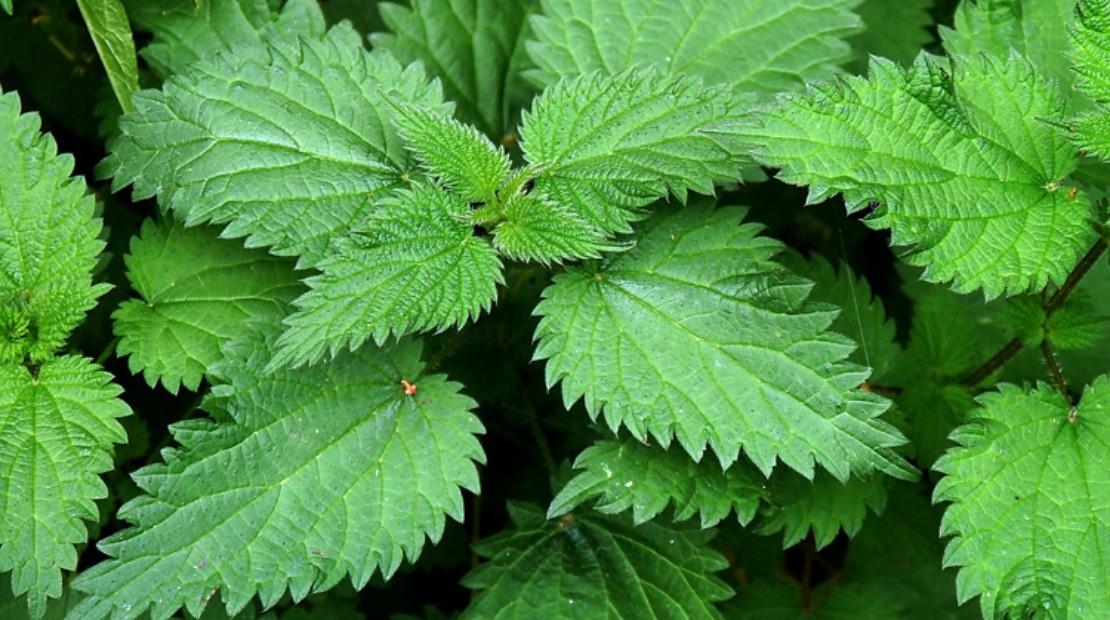 Many herbalists can hardly wait for spring to nourish their bodies naturally with fresh greens from the earth. Much like our ancestors, we harvest (learn how) the highly nutritious nettle, incorporate it into our diets, and dry enough to get us to next spring.

Nettle (Urtica dioica) has fulfilled many needs for humans in the past. It has been used for food, cordage, fabric for clothing and sails, dyeing material, and medicine. As with other important plants, as humans migrated, they felt nettle so important that they brought it on their journeys to new homelands. Some species of Urtica are on every continent (except Antarctica).

About The Stinging Nettle Plant

A perennial plant to zone 2, nettle likes full sun but can grow in the shade, although shaded plants may not be as tall. Its one of those plants that like “wet feet” (or dampish soil). In the wild it can be found around creek beds, in low areas, and near running water. It loves nitrogen and is often found colonizing old farmsteads.

Nettle has a square stem (but it is not in the mint family) and can grow to over six feet tall in optimal conditions. The leaves are opposite (two leaves per node on the stem), heart-shaped and sharply toothed. When touched it delivers a sting due to the tiny hairs filled with chemicals on the leaves and stalk. To some people this sting is a very big deal; others shrug it off. Personally, I don’t mind the sting and harvest bare-handed, although I don’t recommend it for everyone. The circulation enhancing effect of the sting drove the Romans, when invading Britain, to flail themselves with stems of nettle to keep warm!

The juice from the nettle stem is an antidote for the sting, though I’ve wondered if you found yourself in a nettle patch how exactly you would get that juice without incurring further stings. Dock is the traditional antidote and you’ll often find them growing in close proximity. Other antidotes are mint, rosemary, and sage. The first patch I found in my backyard was accompanied by several dock plants. Nature does care for us if we let her!

Depending on the species, nettle is native to Europe, the Mediterranean, and Asia. It is propagated by seed or root division and can become invasive. For the purposes of this article, the focus will be on Urtica dioica.

Dioica is from the Latin “dioecious” meaning two dwellings or houses, referring to nettle having male and female flowers on separate plants. Urtica is derived from the Latin word meaning “to burn or sting” (for obvious reasons). Other languages reference the sting or nettle’s use in making fish nets.

The parts we use are the aerial parts, although the root and seed also have applications.

If nettles volunteer in your garden, leave them – they are known to be good companion plants that may increase the volatile oils in surrounding plants, thereby intensifying their flavor. Nettle seems to stimulate growth in nearby plants and helps reduce bug infestations. It makes good mulch and helps in the compost pile.

Our ancestors were a suspicious lot and nettle has lots of interesting myths and lore surrounding it!

“Look at the nettle that I hold in my hand! Around the cave where you are sleeping grow many of them; only those nettles, or the ones found in churchyards may you use. You must pick them, even though they blister and burn your hands; then you must stomp on them with your bare feet until they become like flax. And from that you must twine thread with which to knit eleven shirts with long sleeves. If you cast one of these shirts over each of the eleven swans, the spell will be broken.”

The medicinal value of the nettle plant has followed it across continents from the past to the present. Nettle has been used for gout, arthritis, skin disorders, anemia, allergies and asthma, bronchitis, urinary tract infections, sciatica, worms, weight reduction, and kidney stones.

It is used topically in salves and lotions, and internally as infusions, decoctions, vinegars (nettle vinegar instructions) and tinctures.

Nettle stems are fibrous and have been used for making fabric, cordage, baskets, rugs, fish nets, and paper.

The fabric is similar to that made with hemp or flax. It can be a coarse fabric or one as fine as good quality linen. At one time it was considered an important textile equal in quality to cotton. Archeologists have documented its use from scraps of fabric found in Denmark burial sites from the Bronze Age (3000 – 2000 BC).

The Germans used nettle fabric for their uniforms during both World War I and World War II when other fabrics were in short supply. During World War II, nettle was harvested in Britain by the ton for undisclosed reasons. It was later revealed it was used to make camouflage uniforms for the troops!

Among its many attributes is nettle’s use as a dye plant. Dyeing with plant material yields lovely but muted colors.

For those of you who are interested in natural plant dyeing, nettle is a fun place to start. For a light green dye, chop both the leaves and stems. Boil the nettle in water (about 50/50 water to nettle) and then simmer for about an hour, and let it sit for several hours. Strain and place in a shallow pan and gently place in your fabric. Weight it down if necessary; it should be completely submerged. (Some people pre-treat the fabric in vinegar before the actual dye process.)

If using wool you’ll want your water on the cool side to avoid causing the wool to felt. It can sit in the strained nettle solution for hours or overnight. (I dye wool for felting, so I sometimes use very hot water and work with the fibers until they partially felt.)

You can use the same basic process with nettle roots for a yellow dye. Alum is the mordant usually used with nettle; however, white vinegar used as a mordant with an infusion made from the leaves and the stems will produce a light sage green on silk.

Nettle in the Modern Age

This plant that many consider a weed has so much value to humans and yet has been overlooked during our “modern” age. As with many plants, it is making a huge comeback as more people become both aware of its many benefits and learn to handle it. I’m often surprised at plant behaviors. Once I started using nettle, a patch volunteered right at the end of my deck! I think it was saying “use me, use me!”