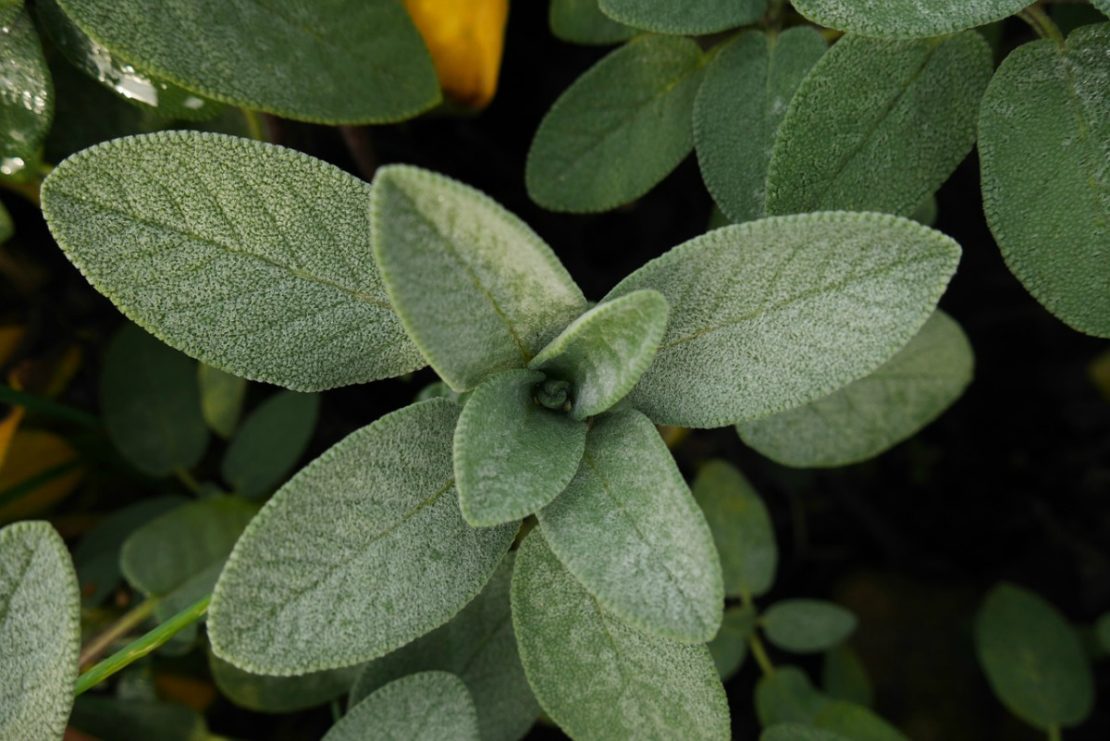 What is the first thing that comes to your mind when you think of sage? Food? Medicine?

For many, sage is known as a medicinal herb that elicits feelings of warmth and comfort. Its medicinal properties can also lower cholesterol, rebuild vitality and strength that has been lost during an illness, and is a tonic for the liver. Sage is helpful for women’s health issues such as menstruation and night sweats (Glastar, 2012).

For others, sage is a simple culinary herb used in savory, mouth-watering dishes such as butternut squash ravioli with sage butter, or stuffed mushrooms with sausage and sage.

Let’s take a look at the use of sage throughout the ages and see just how this great herb has been used. 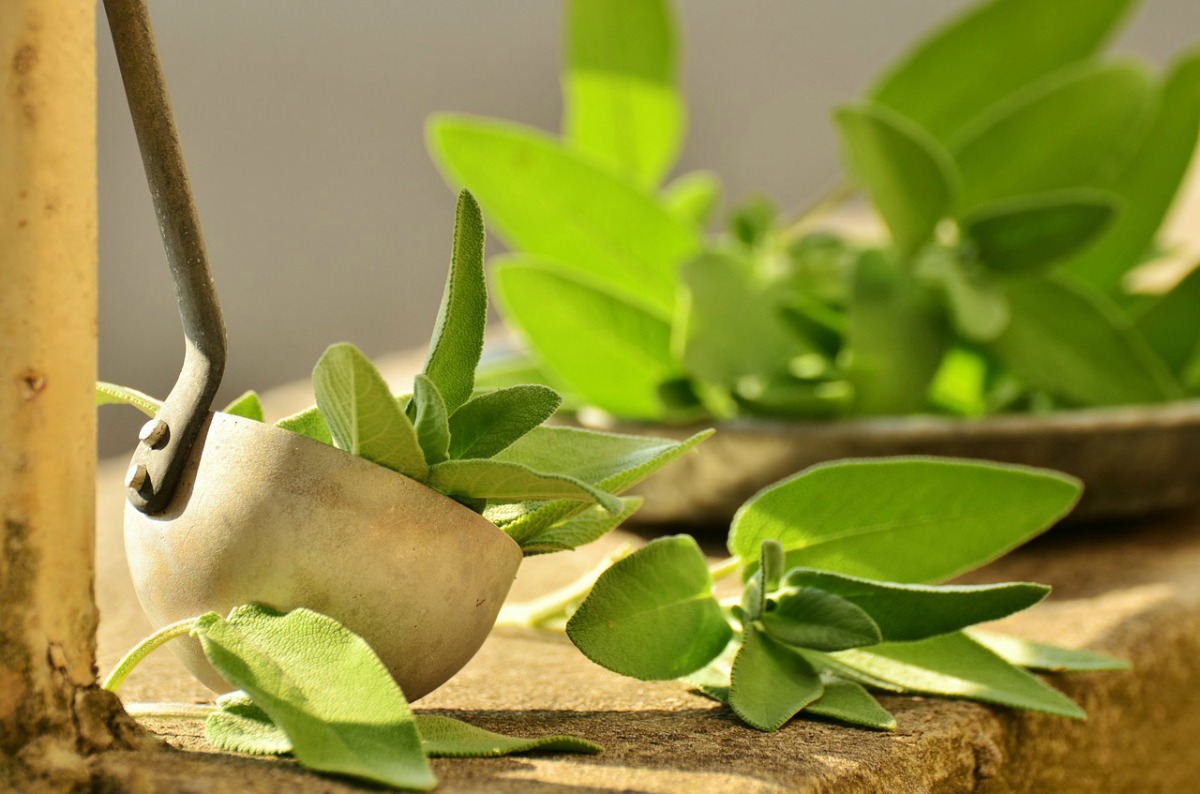 Sage Throughout The Ages

Many do not realize what a rich history of use that sage throughout the ages has had for both culinary and medicinal purposes. Understanding the history brings herbs to life and makes them even more special than they were before.

Originating in the Mediterranean, sage (Salvia officinalis) was used by the Romans in foods to help one better digest fatty foods. The Father of pharmacognosy, Dioscorides, was a military physician and Nero’s pharmacognosist (a person who studies the medicine that comes from plants or herbs) who noted sage as one of the most appreciated and important herbs of the time (Petrovska, 2012). He used it as a decoction on wounds to stop bleeding, for ulcers, and as a tea for sore throats and hoarseness.

The Egyptians used sage for fertility, while in France, sage was grown prolifically and used in tea. Emperor Charlemagne had sage planted in Germany in 812 AD to use in trade and likely for medicinal purposes (Petrovska, 2012). The ancient Greeks and Romans first used sage as a meat preservative. They also believe it could enhance memory (Rogers,2014). English herbalists believed that the state of sage in the garden determined how well a business would prosper. Less sage meant a failing business, while more sage meant prosperity (Rogers, 2014).

From 742 AD to 814 AD, Charles the Great ran a reputable medical school in Salerno. In this school, sage was one of 100 plants grown on the property. It was said that he appreciated sage most of all and that even today, it is mandatory to be grown at all monasteries. It was known as the “Salvation Plant” originating from the world “salvarem,” which means “cure” or “save (Petrovska, 2012).”

Moving forward to the Middle Ages, the monks had 16 herbs that they used for their therapies within the monastery. Sage was one of these herbs, and it played a key role in the preparation of drugs of that day (Petrovska, 2012).

The Chinese appreciated the medicinal qualities of sage and use it for stomach, digestive and nervous system issues. It was considered useful for typhoid fever, liver, kidneys, colds, joint pain, and more (Ltd, R. M. 2016). 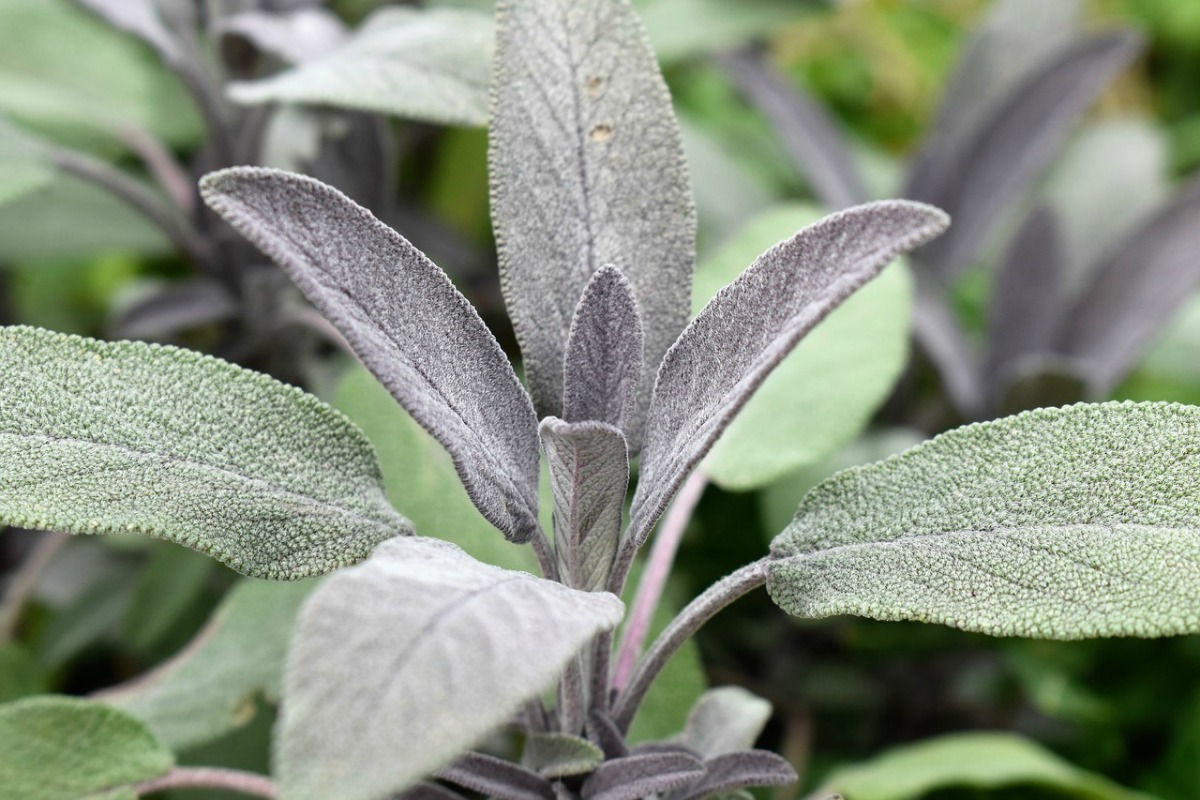 Finnish herbalist, Henriette Kress, and author of Henriette’s Herbal lists at least seven different varieties of sage, while other sources say there are over 700 species spread throughout the world (Nickavar et al, 2005). Some varieties are used for culinary purposes, while others have more medicinal properties and uses. The most common sage, Salvia officinalis, is used for both medicinal and in culinary preparations.

White sage is very popular and has been used throughout history for cleansing and purification purposes. Due to its pleasant scent it can be used as a perfume or around the home to freshen the air. Smudge sticks are bundles of dried sage that are lit on fire, and the smoke is used to cleanse a room of negative energy. They were used traditionally by Native Americans as a spiritual cleansing tool. The antimicrobial properties of white sage are well-known, and smudge sticks are used today by herbalists, and in various spiritual settings.

Update: White sage (Salvia apiana) has a long and rich history of ceremonial and religious use by Native American tribes living in close proximity to this plant’s wild populations. Due to the plant’s increasing popularity outside of its traditional context, white sage has been over-harvested in many areas and is now included in United Plant Savers’ “To-Watch” list. Out of respect for the plants’ ceremonial use – and its dwindling wild populations – consider making smoke wands from common garden sage instead. You may also find inspiration in researching the smoke-burning traditions of your ancestral lineage and finding or growing plants that align with your personal background and geographic location. 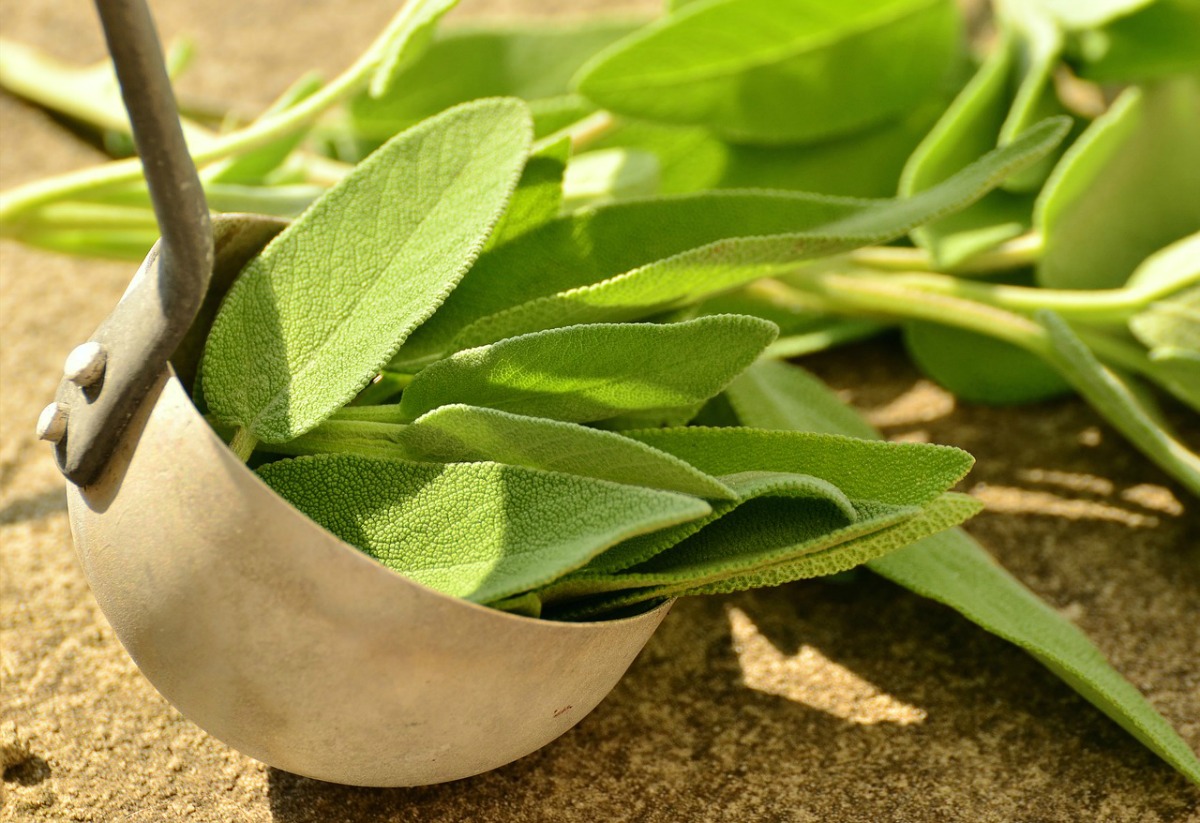 Many of the historical uses of sage, as with many traditional herbs, are still relevant today. It has long been used in tea form as a remedy for hot flashes (Rogers, 2014).

In Culpeper’s Complete Herbal, first published in 1653, there is an entry about the uses of sage. It was a well-loved, well-used herb for many ailments before the dawn of “modern medicine”. The following is an excerpt from the publication.

“The juice of Sage drank with vinegar, hath been of good use in time of the plague at all times. Gargles likewise are made with Sage, rosemary, honey-suckles, and plantain, boiled in wine or water, with some honey or allum put thereto, to wash sore mouths and throats, cankers, or the secret parts of man or woman, as need requires. And with other hot and comfortable herbs. Sage is boiled to bathe the body and the legs in the Summertime, especially to warm cold joints, or sinews, troubled with the palsy and cramp, and to comfort and strengthen the parts. It is much commended against the stitch, or pains in the side coming of wind, if the place be fomented warm with the decoction thereof in wine, and the herb also after boiling be laid warm thereunto (Culpeper, 1653).”

The next time you use sage in your kitchen or sip a cup of sage tea to ease a sore throat, remember the rich history of this herb as it was used throughout the ages from family kitchens to monasteries, to king’s castles.

Learn more about the health benefits of sage and various ways to prepare it in The Herbarium!