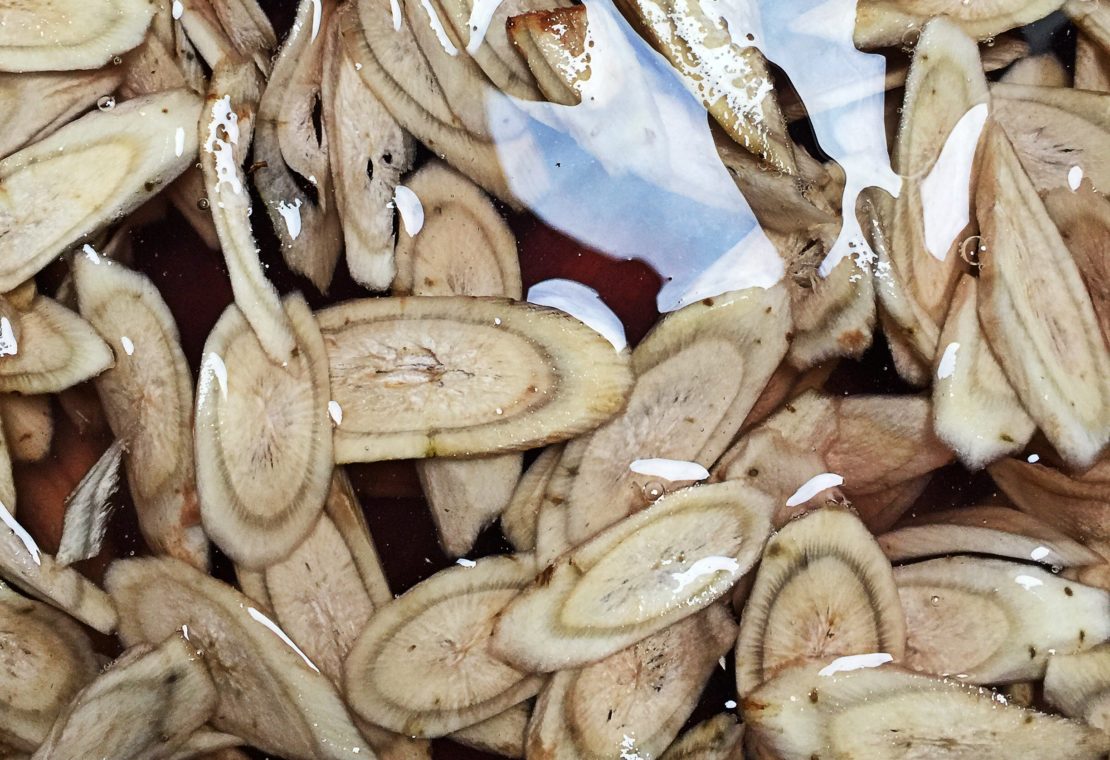 The first time I tasted a burdock root pickle, I was helping herbalist Rosemary Gladstar prepare for her demonstration at a Mother Earth News Fair. Rosemary had been traveling all day and had quickly purchased a jar of pickled burdock root for an on-the-go, healthy snack. She handed me the jar with a warm smile and said, “Try these. They’re delicious!” I was somewhat hesitant to pick one of the dark, slightly mangled roots from the vat, but upon tasting the sour, crunchy pickle, I knew I had been introduced to something truly magical.

Burdock root is known as gobo in Japan and is traditionally included in stir-fries and kimchi. The root vegetable, which looks like a large, dark carrot, is gaining popularity in the United States and can occasionally be found at health food stores and Asian markets. Great burdock (Arctium lappa) is the variety available in stores, and common burdock (A. minus) is what you’ll probably find when foraging. Common burdock roots can be smaller and more bitter than great burdock, and it prefers to grow in disturbed soil along roads, fences, and construction sites.

How to Identify Burdock 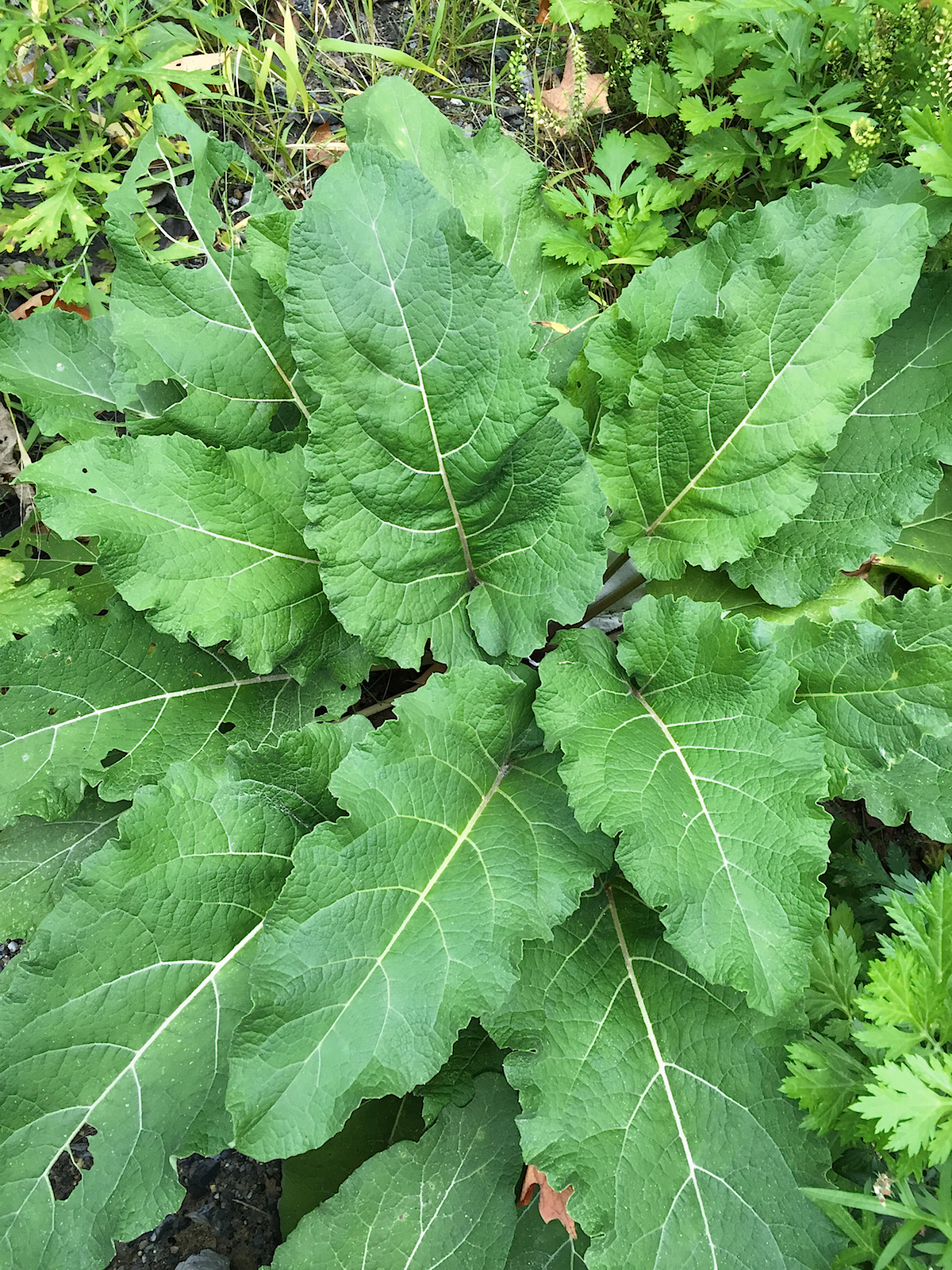 Both burdock species are biennial. In the first year, the plant will grow a rosette that consists of two to five very large, ruffled, ovate leaves. The leaves are dark green on top with grey-colored fuzzy hairs on the bottom. If you were to confuse burdock leaves with anything else in your garden, it would be rhubarb. The best time to harvest burdock root is in autumn during the plant’s first year when the most amount of energy is stored in the roots but the plant hasn’t yet transferred that energy into its second-year flowers and seed heads. 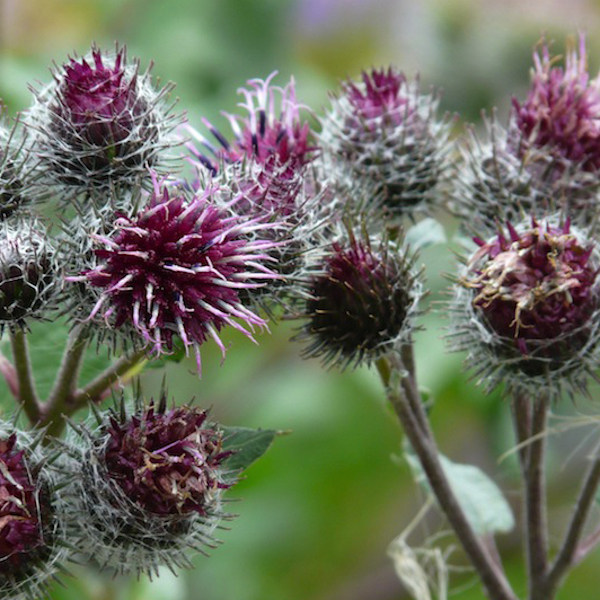 In the second year, if left to mature, burdock will grow a stout, edible green stalk that often includes purple highlights near the base. The leaves on the stalk are alternate and usually smaller than those found on the base. Burdock flowers are located at the top of this tall stalk, and they look very much like thistle flowers. Indeed, burdock and thistle are closely related (Thayer, 2006).

When burdock’s flowers fade, they’re replaced with sticky burrs that contain the plant’s seed. The burrs spread by clinging to animals or humans that walk past. If you’ve ever spent time in the woods and returned home with sticky burrs all over your socks and pant legs, then you’ve unknowingly brushed past burdock.

In 1941, after pulling burdock burrs off his dog, Swiss electrical engineer George de Mestral was so inspired by the seeds’ clinging abilities that he set about inventing Velcro. It took him a decade to design, test, and develop a mechanical system for recreating the hook and loop closures, but he eventually received a patent. Today, 60 million yards of Velcro are produced per year (Meredith, 2016). 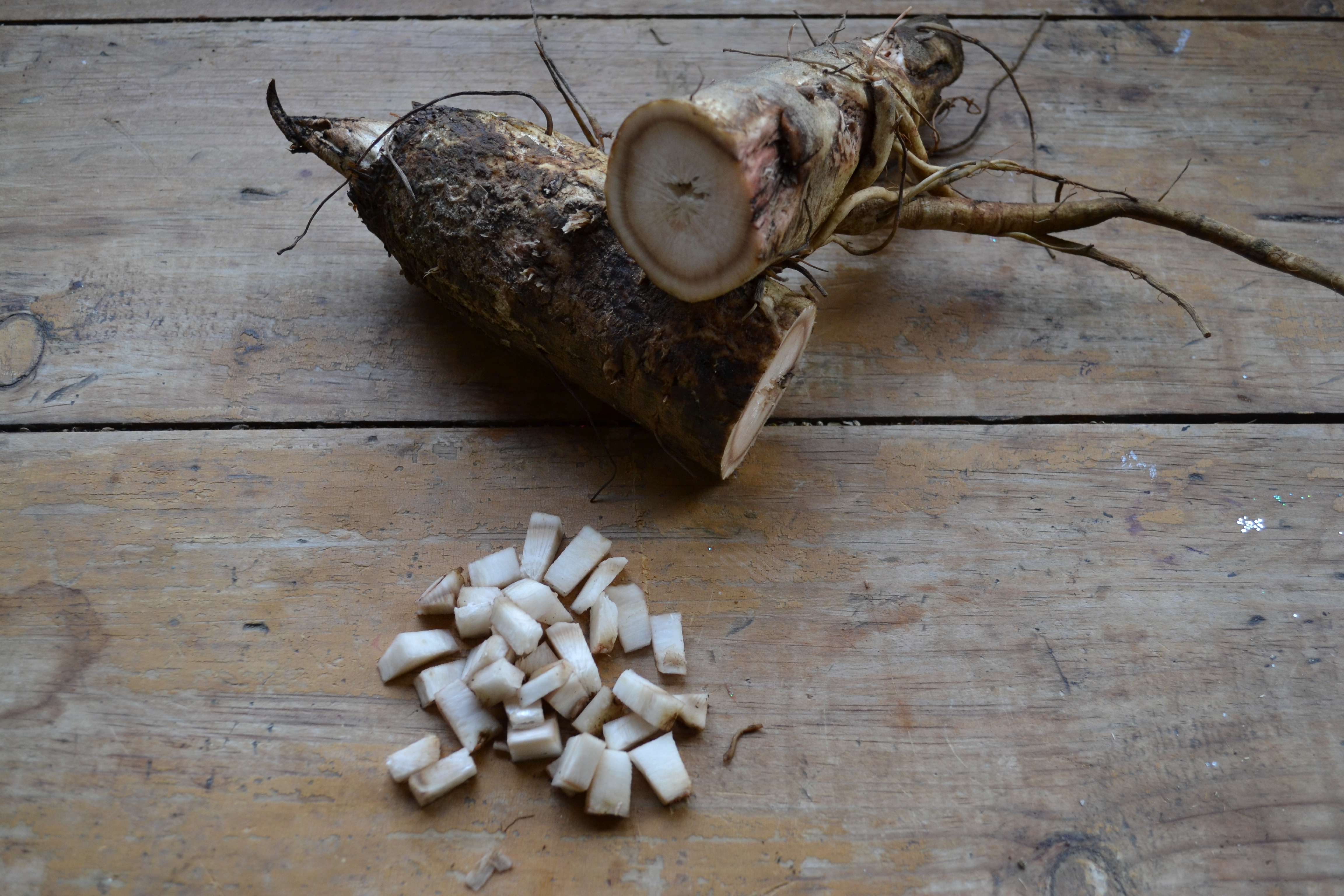 Burdock root has historically been used to encourage liver and lymph detoxification (Groves, 2016). Burdock helps support the liver in its work to remove many of the same toxins that could also manifest as skin imbalances, including eczema, psoriasis, and acne. You may also consider burdock root for digestive woes, dysbiosis, reproductive issues, and hypertension (Groves, 2016).

Nutritionally, burdock root contains inulin, which is a type of water-soluble fiber that helps feed the beneficial bacteria in the gut (Bergner, 1997).

In general, burdock is quite safe (Groves, 2016) and is seen as a tonic for a wide range of people.

Adapted from an original recipe by Linda Conroy of Moonwise Herbs.

By following this simple recipe, you can preserve burdock root’s beneficial properties to enjoy as a quick and delicious snack year-round. The recipe below will yield one pint of pickled burdock root, but depending on the amount of burdock root available, you can easily double this recipe to make a quart.

After serving as the Editor-in-Chief of Mother Earth Living and Heirloom Gardener magazines, Hannah launched her own content marketing studio in 2019 to help botanically inspired brands connect with their audiences and share their expertise. She's a passionate home herbalist, organic gardener, and hydrosol distiller who loves mashed potatoes, antique stores, and her two adopted dogs. Follow Hannah on Instagram @hannah_aften.