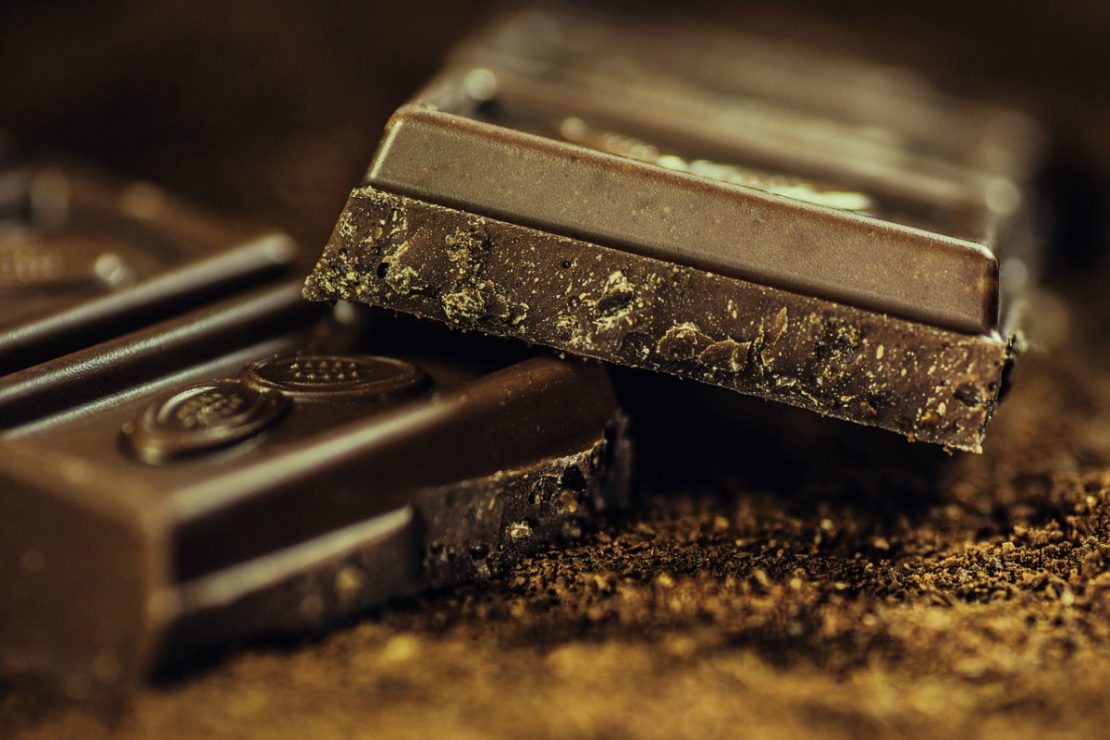 Delightful, delicious, delectable, decadent. How we describe chocolate varies depending on how much we’re thinking about it! What is the number one food craved by woman? Chocolate!

Did you realize that chocolate has only been enjoyed outside of the Americas for about 500 years?

The History of Chocolate

The cacao (chocolate) tree, or Theobroma cacao (meaning food of the gods) is native to Central America and northern South America and is a member of the mallow family. Based on pottery fragments from approximately 1000 BCE, it is believed that cacao originated in the Amazon River Basin and was taken north by either the Olmec or the Maya people.  Recently, however, there may be evidence it originated in what is now Venezuela. No one really knows for sure.

We don’t usually think about it, but between 1500 BCE and 200 CE Mesoamerica was in a great agricultural era and the cacao tree was one of the major crops traded in extensive maritime trade routes. Great cacao plantations existed under the Maya. The seeds, or beans, were grown, harvested and used as a divine energy drink, and was even the currency in various tribes:

It was considered a medicine and commonly used for seizures, fevers, dysentery, digestive problems, and skin problems. Both restorative and nourishing it was also a prized aphrodisiac. Montezuma is said to have enjoyed fifty golden goblets of cacao a day. He then would toss the empty goblet into the lake and go off to visit his three hundred wives! Montezuma believed the drink fought fatigue—a cup would allow a man to walk an entire day without food!

The cacao beverage from hundreds of years ago is not remotely similar to the cocoa we know now. It was a thick, bitter drink flavored with hot chilies, maize, and sometimes vanilla beans and pimentos. Women of the day prided themselves with the amount of frothy foam she could produce in the cup usually by pouring the drink back and forth.

A common preservation method of cacao was to grind the beans into a paste, add honey and vanilla, roll it into tubes, and let it dry. The rolls could then be scraped into warm beverages. Elites or royals might top their rolls with cacao butter. These rolls are still available for purchase in Mexico and South America.

Cacao was treated with respect and used in ceremonies and rituals—beans were exchanged between brides and grooms during marriages, and cacao water may have been used in baptisms. Much like Egyptians, rich or royal Maya buried their dead with pots of cacao to sustain them to the next world. 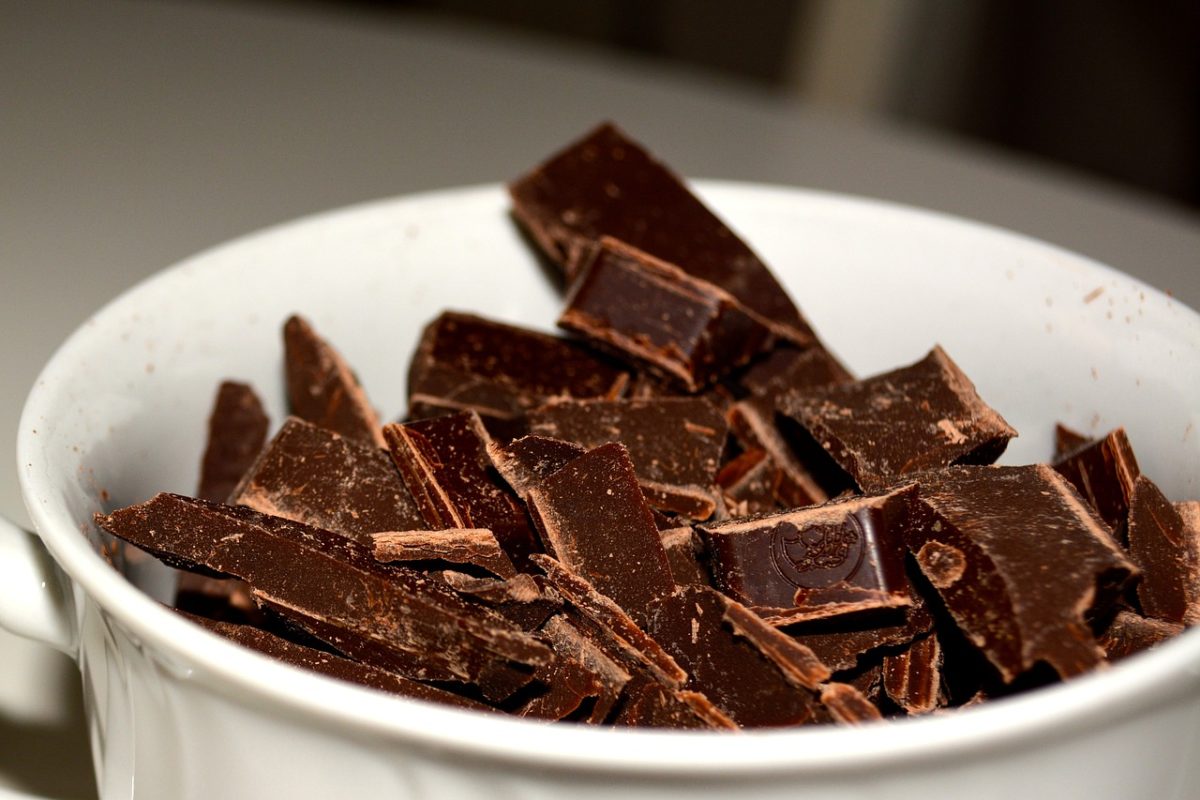 Although there were many tribes in the Mesoamericas, all had similar threads regarding the beginning of their cherished cacao.

The Maya believed cacao was given to them by the Plumed Serpent and treated the plant with great respect. Mayan folklore tells us that when the relationship between man and nature goes awry, cacao will emerge from the forest and restore harmony to all mankind.

An Aztec legend tells of Quetzacoatl, the god of wisdom and knowledge who lived in the Land of Gold. One day he brought the cacao tree from a mountain and taught the people how to grow the beans into trees, how to harvest it, and grind the beans into food and beverage.

Quetzacoatl became their king and high priest. In human form, he had fair hair and a beard. One day he declared he was returning to the place of the gods but vowed to return in the year 1 Reed.

In 1519, the year 1 Reed, the Spanish conqueror Cortéz landed near Vera Cruz Mexico in pursuit of gold. Being fair haired and bearded, he was mistaken by the Aztec for Quetzacoatl returned and was treated like a god. He was given the cherished cacao and quickly realized its value.

Cacao was about to spread to the world! It became a “spoils of war” and was taken to the Spanish court of Charles V. The Spanish replaced the chilies with sugar and the population couldn’t get enough of this new drink. Even the church endorsed its use during fasting!

The existence of the popular drink stayed nearly hidden from the rest of Europe for almost one hundred years! So well-kept was the chocolate secret, that pirates seizing a Spanish ship found what they considered to be bags of sheep dung and burned the ship in anger!

In the mid 1600’s, the secret was finally spread to France in dowry form from a princess where it quickly spread throughout Europe and became the rage! 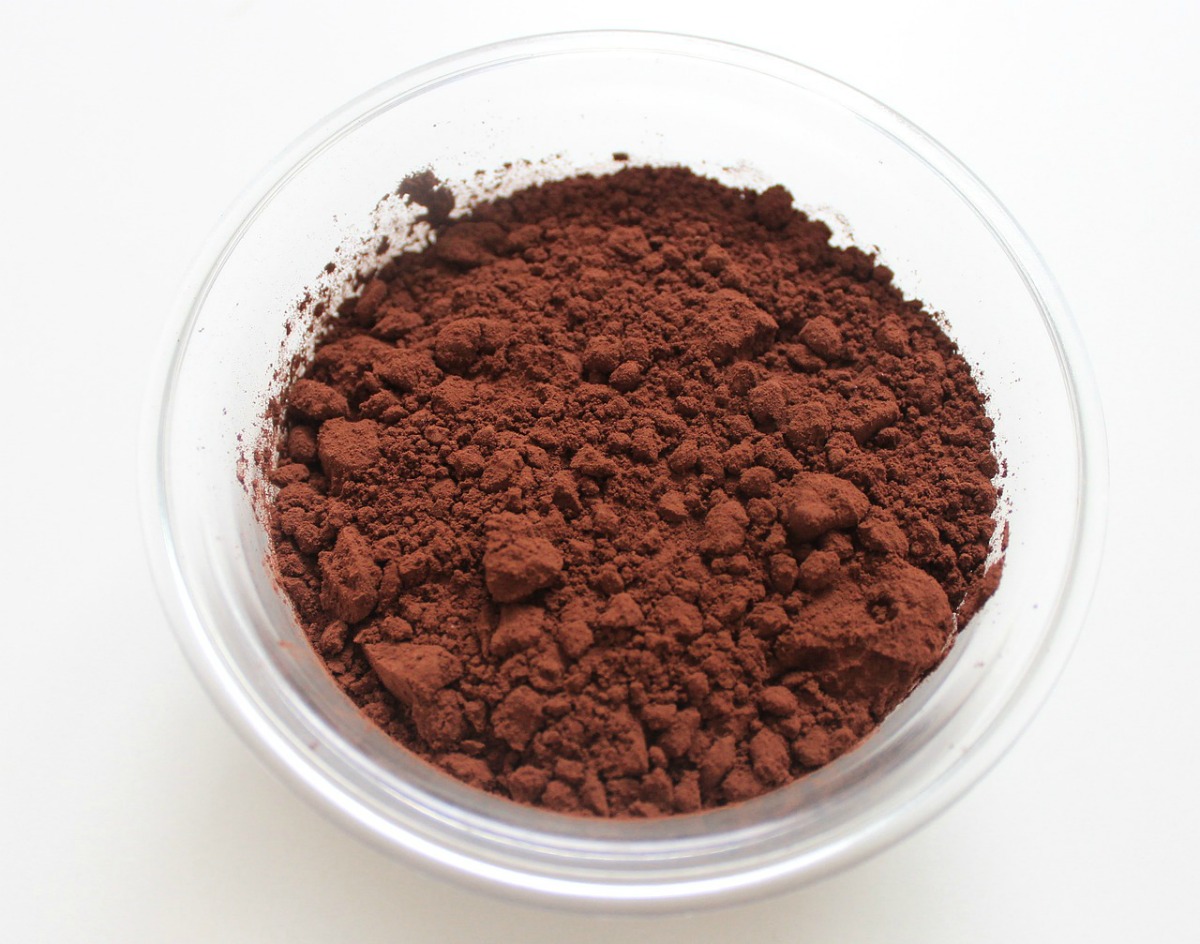 Cacao trees grow between ten and twenty degrees north or south of the equator. The temperatures must not fall below 60 degrees (70 -77 is ideal) and rainfall annually is about 80 inches. They prefer to live about one half mile above sea level. And just in case you’re considering it, don’t try to grow one at home, as they need constant humidity of about 65 – 70 percent!

Young trees begin producing fruit in five to seven years, and in the wild will continue producing for up to one hundred years. Tiny flowers (about one half inch) with no scent grow directly from the stem of the tree. They are pollinated by midges from the jungle floor. It is estimated that only one in 100 flowers are pollinated, and only four or five of those pollinated become pods. The tiny pods first look like chilies hanging out of the base and branches of the tree but they grow to be the size of footballs.

The pods ripen in five or six months (giving plantations two crops a year). Inside each pod there is a sweet and juicy pulp and bitter seeds (that taste like unsweetened cocoa powder). Monkeys like the pulp but spit out the seeds as they run thru the jungle and thus, help the propagation of the trees.

Harvesting is still done by hand to avoid damaging both the soil and the branches of the trees. The pods are opened by hand with a machete especially made for the purpose. An experienced worker can open about five hundred pods an hour! The beans are then covered with banana tree leaves, which allows for the bacteria to start the five day fermentation that gives us the taste that we recognize as chocolate. The beans are then dried to about 6% moisture (about six days) and shipped out.

From this point, machines take over and transform the cacao bean to the many different products we know and enjoy.

Watch your labels for certified fair trade chocolate. Many gourmet chocolate houses are already there; ask to be certain at your local shops. Those certified already include Taza and Cadbury. Hersey has pledged to be fair trade by 2020 and Nestle is moving in the same direction. 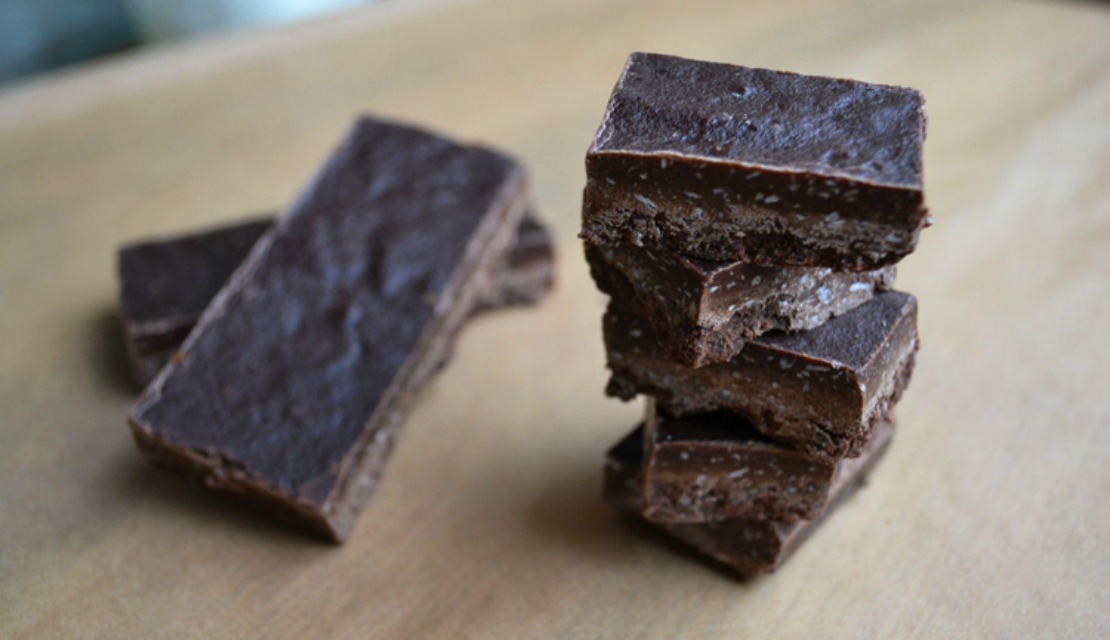 There has been a lot of research into the health benefits of chocolate over the past 35 years. Some researchers are looking into chocolate to help with persistent coughs, others are looking at it as an anti-inflammatory aid.

Studies on dark chocolate consumption (more than 70% cacao) and the lowering of blood pressure are being conducted. Look for research coming out of both Harvard and Yale regarding the possible benefits of dark chocolate in the diet!

Dark chocolate has two to four times the amount of flavonoids than milk chocolate. Milk chocolate adds more sugar and dairy making it only about 35-45% cacao.

And keep in mind that sugar makes chocolate….well, not so healthy.

February is for lovers and lovers of chocolate. Valentine’s Day is the 3rd largest chocolate holiday behind Halloween and Easter! Lots of chocolate and different chocolates will be available! Indulge and enjoy! 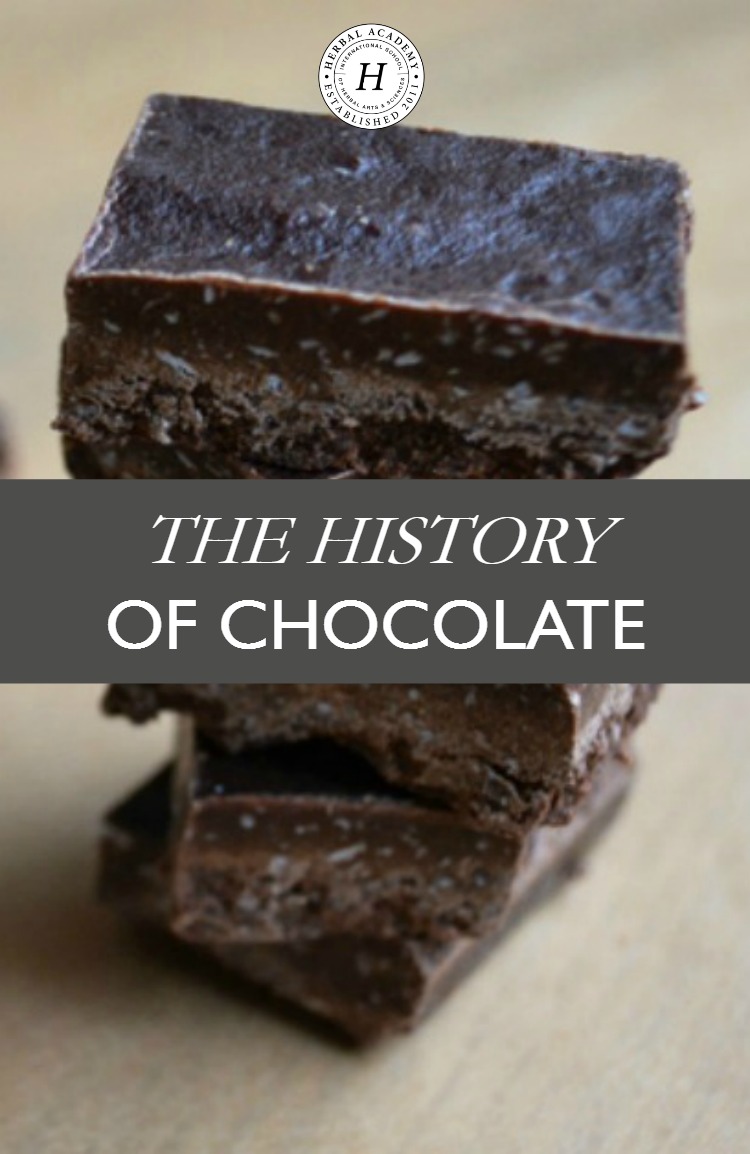