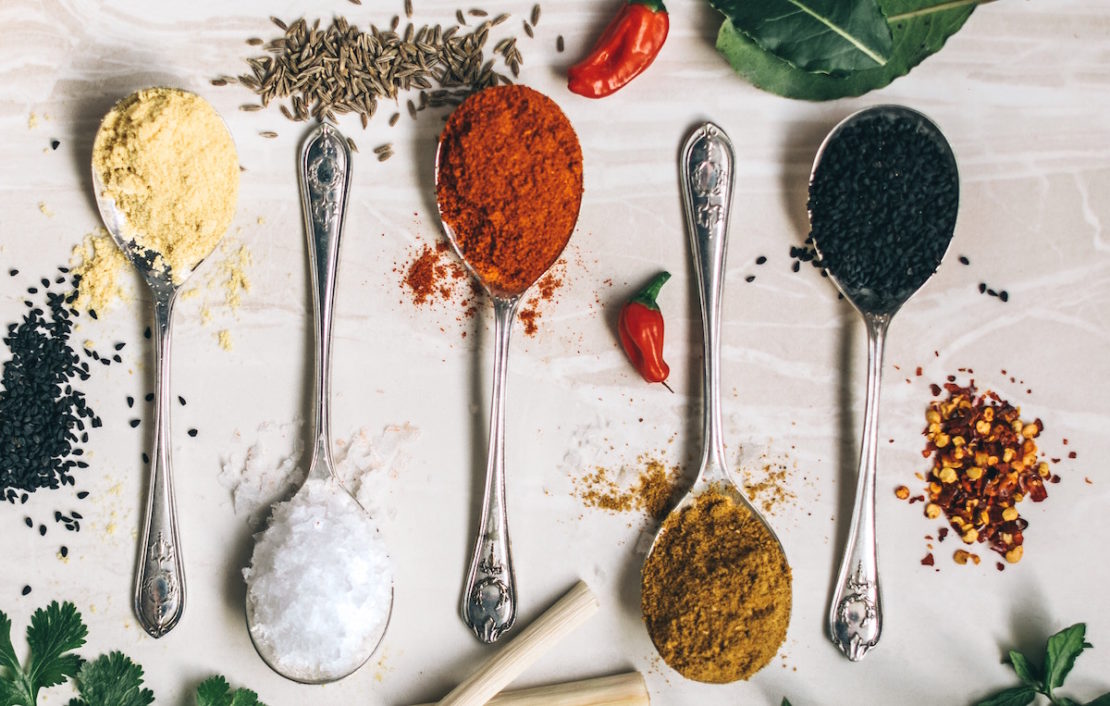 Soon the air will turn crisp and the leaves will begin to change colors. And along with these wonders of fall come the smells of apple and pumpkins as well as cinnamon, nutmeg, sage, and other popular autumn spices. In addition to the fact that these spices are delicious and autumnal, they also boast some wonderful health benefits.

No spice is more ubiquitous in the fall than cinnamon. It is one of the oldest and most common spices on the planet. And it has many benefits and myriad uses.

Cinnamon is obtained from the inner bark of trees from the genus Cinnamomum in the family Lauraceae. Cinnamon use has been traced back thousands of years to ancient Egypt, Greece, Bangladesh, and Sri Lanka. The most common types are “cassia” cinnamon (which includes Cassia, Saigon and Korintje) and Cinnamomum verum or “true” cinnamon, which includes Ceylon and Mexican.

Cinnamaldehyde—the naturally occurring organic compound found in the bark—is what gives cinnamon its delicious smell, flavor, and antioxidant power. It has anti-bacterial and anti-fungal properties and has been used for years to help alleviate respiratory infections and inhibit the growth of bacteria and fungi, including Candida yeast. Furthermore, recent studies have indicated that cinnamon oil shows potential as a food preservative due to its ability to inhibit the grown of bacteria, such as E. coli (George Mateljan Foundation, n.d.). Cinnamon is also an antioxidant powerhouse chock full of polyphenols, protecting the body against free radicals. An NIH study ranked cinnamon ahead of 26 other spices, including garlic and oregano in terms of antioxidant activity. (Shan et al., 2005).

Click here to read more about “Cinnamon for Health”.

A common ingredient in Thanksgiving stuffing and savory fall dishes, sage has been noted throughout history for its culinary and medicinal properties. Sage’s reputation as a panacea is reflected in its botanical name Salvia officinalis, derived from the Latin word, salvere, which means to be well or in good health. Sage was prized by the Romans and Greeks and has one of the longest histories of medicinal uses than any other herb.

A member of the mint family, sage contains a variety of volatile oils, flavonoids, and phenolic acids, including rosmarinic acid, which is where its sister herb, rosemary, derives its name from. These elements give sage (and rosemary) antioxidant and anti-inflammatory benefits. Sage has been used for centuries to aid with digestion, mental disorders, menstrual and fertility issues, as well as coughs and sore throat.

The fact that sage’s name has become synonymous with wisdom is no coincidence. Its brain-boosting benefits have been known to sharpen the senses, improve memory, and strengthen the nervous system.

Currently, sage is being studied in patients with Alzheimer’s disease. And an active ingredient found in Chinese sage is similar to a compound in many modern drugs used to treat the disease (George Mateljan Foundation, n.d.).

Nutmeg and Mace are actually two spices derived from the nutmeg fruit, which comes from the Myristica fragrans evergreen tree in the Myristicaceae family. Native of Indonesia, nutmeg generally grows in rain forests and tropical regions.

Nutmeg, known for its aromatic, aphrodisiac, and curative properties, is derived from the seed itself while mace is extracted from the outer shell of the seed. Nutmeg contains beneficial vitamins, minerals, and organic compounds, which include dietary fiber, manganese, thiamin, folate, magnesium, copper, vitamin B6, and the polyphenol macelignan (Organic Information Services, 2015).

Nutmeg has been used to alleviate pain and reduce inflammation, stimulate digestion, and help detoxify the body by removing toxins from the liver and kidneys. Myristicin, the essential oil in nutmeg, and macelignan have been known to help cognitive function. Similar to sage it is being explored as a treatment for Alzheimer’s disease and dementia. Like cinnamon, nutmeg’s natural anti-bacterial properties make it popular in natural and organic oral care products like toothpaste and mouth rinse.

Over the years nutmeg’s has been the subject of controversy. When used properly, nutmeg can help relieve tension and ease symptoms of insomnia and restlessness. Because nutmeg contains trace amounts of narcotics, which are harmless when taken responsibly, individuals have attempted to take it in excess to induce hallucinations and psychosis. This should not be attempted since it is ineffective, dangerous, and harmful. Also, when used in recipes or tea, amounts should be measured carefully.

These are just a few of the hundreds of wonderful spices available today that boast health and wellness benefits. Most of them have been used for centuries across the globe. What what ancient civilizations knew, modern science is finally catching up with—studying the medicinal and health benefits of popular spices. So, get into the kitchen and start taking care of yourself deliciously.

Types of Cinnamon. (2015). Retrieved from http://cinnamonvogue.com/Types_of_Cinnamon_1.html.

Shan B. et al. (2005). Antioxidant capacity of 26 spice extracts and characterization of their phenolic constituents. Retrieved from http://www.ncbi.nlm.nih.gov/pubmed/16190627.

Melissa Salce is a freelance writer, editor, and crafter with more than 15 years of professional writing experience. After working as a communications writer— in high-tech, non-profit, and architecture and engineering—Melissa transitioned to a freelance lifestyle. She lives in Boston with her husband and five rescue animals (3 dogs and 2 cats). Passionate about animal rights and environmentalism, she loves nature, animals, and cooking vegetarian/vegan food. Melissa has written for newspaper, magazines, trade publications, websites, and various blogs. She is currently working on several projects, including writing a novel. She can be reached at melissasalcewriter.com.