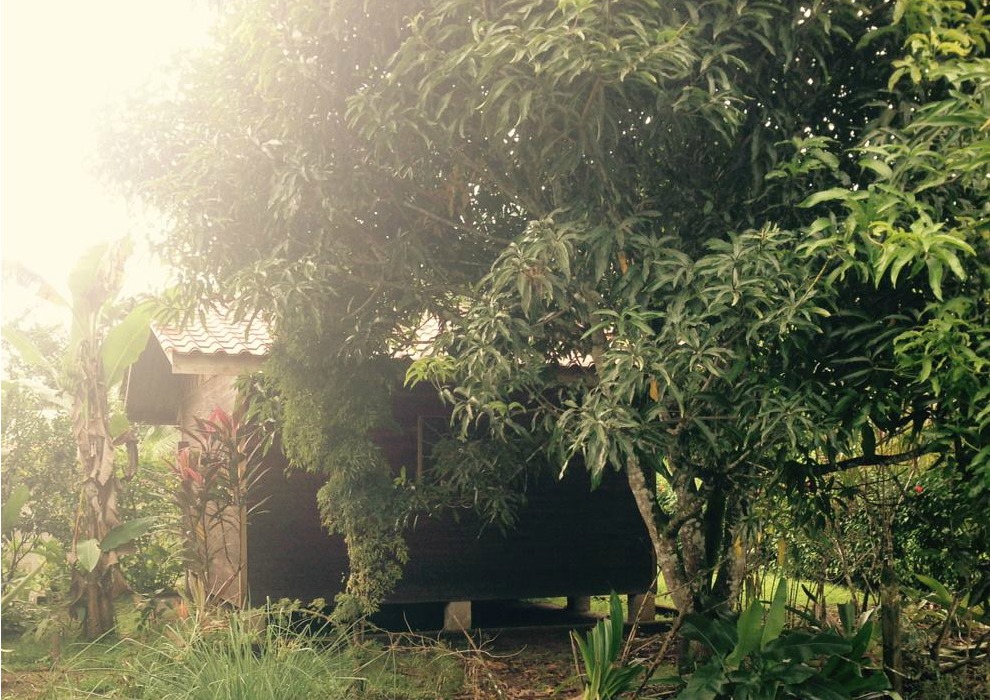 Three months ago, my son and I came to live in Manzanillo, Costa Rica, a small beach town on the southern Caribbean coast. As a Western-trained herbalist, this for me has meant a daily education on an entirely new materia medica featuring herbs of the Caribbean—virtually none of my familiar temperate-climate plants thrive here! Fortunately, there are many people to learn from in the Caribe Sur. One Afro-Costa Rican woman, Alda Cook Campbell, learned about herbal medicine from her mother and grandmother and has been especially helpful as a guide to local plants. I’m very grateful to her for sharing her expertise and knowledge as I become acclimated to this new world of plant medicine!

Costa Rica is exceptionally biodiverse—although it comprises three-hundredths of a percent of the earth’s surface, 6% of the world’s living species can be found here (Instituto Nacional de Biodiversidad, 2016). The Costa Rican government has also committed to ensuring the safety and ongoing growth of local ecosystems by designating over 25% of the country’s acreage as protected land.

Growing up in an area of Costa Rica that is relatively isolated from the cities means acquiring a basic working knowledge of everyday plants used to address common complaints and wellness needs, and the integration of herbal medicine into daily life as an adjunct or an alternative to standard pharmaceutical medicines. Because the southern Caribbean is populated not only by indigenous and mestizo people but also English-speaking African descendants (who largely migrated from Jamaica, Panama, Honduras, and Nicaragua over the last 100 years), there is a rich mix of healing traditions and herb lore—and herbs of the Caribbean are called by both Spanish and English names.

8 Everyday Herbs of the Caribbean 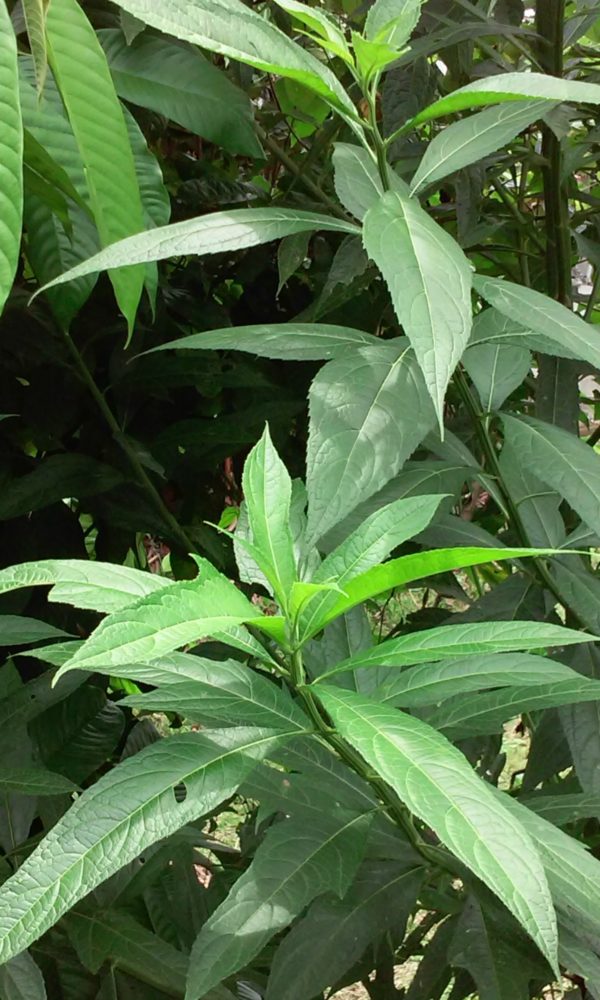 Energetics play an important role in local herbal traditions, and some features—like bitterness—are considered therapeutically important. Gavilana (also called tres puntas, “three points,” or Jackass bitters) is a great example of a bitter, cooling herb that is used here for a range of health concerns, particularly those affecting the liver. People also take a tea made of the leaves as an anti-parasitic cleanse of the digestive system, and its dried, powdered leaves are commonly mixed with other herbs (such as bush basil) and used topically for infection.

Brush the leaves of dormilona (“sleeping lady”) with the tip of a finger, and she closes in on herself—which is why this plant is also called “sensitive plant.” Here is a perfect example of the Doctrine of Signatures in action: just as dormilona responds to overstimulation by going to “sleep,” taken as a tea or tincture she assists us in releasing nervous tension stored in the body, overcoming insomnia, and calming muscle spasm and nerve pain.

Chanca piedra is also called shatterstone or chamber bitters in other parts of the world (including the southern United States, where I see it growing regularly if not as prolifically). It is primarily used here to break up stones and calcifications throughout the body—for example, stones in the gallbladder and kidney. Chanca piedra is also antispasmodic and analgesic, making it a useful remedy for urinary tract infection. It also lowers blood pressure and blood glucose levels, detoxifies the liver, and is mildly laxative.

Cacao is considered a “superfood” in the West, chock full of antioxidants and a stimulating tonic, but it is an ancient medicine that has been used ceremonially and more casually in Central America for millennia. Although it is generally grown here (and in many other parts of the world) on plantations, wild, uncultivated cacao is truly a rainforest plant. Locals often eat it fresh and raw—its large purplish seeds are coated with a film of sticky, floral-tasting white flesh that bears no resemblance to chocolate as we know it (cacao is essentially the raw material that becomes chocolate, after being fermented, dried, and roasted). On a recent visit to the BriBri indigenous settlement, I learned more about the traditional uses of cacao—not only as a stimulant and a food that enhances longevity but also as kind of a social medicine, a plant that brings people together and nourishes the community. 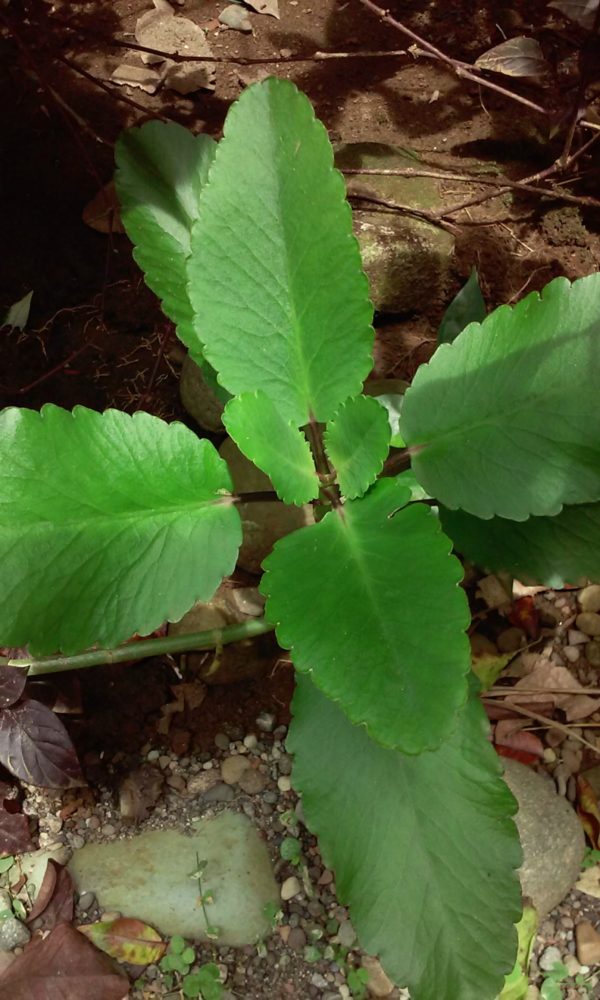 Siempre viva is a plant with many names in many places. It is also called “air plant,” which speaks to the unique way that it proliferates, with tiny sprouts germinating along its scalloped edges. But this name is also reflective of the Doctrine of Signatures—siempre viva is an important herb for respiratory problems, particularly those with bacterial, fungal, or viral causes. The succulent leaves are generally chopped and prepared as a cold infusion, although some eat the leaves sprinkled with salt as medicine. Highly demulcent, this herb is also helpful in soothing ulcers of the gastrointestinal tract.

The guanábana tree produces a prehistoric-looking, spiky, light-green fruit with a white, creamy, cooling flesh that’s eaten with a spoon like custard. As a medicine, local folks also use it to expel worms from the digestive system and as a larvacide that helps prevent the spread of malaria and dengue, which is common here. The bark and leaves are also antispasmodic, which helps with the diarrhea and cramping that often come with tropical maladies. Children are given a decoction of its leaves as a mild-tasting, anti-parasitic cleanse. The leaves are also used by those with type 2 diabetes and scientific research shows that its leaves may also be valuable in combating cancers and cytotoxicity in general (Liu et al., 2016).

Noni is another traditional tropical remedy that has found fame in the West as a liver and cardiovascular tonic, a cancer preventative, and immune booster, among other things. The fermented fruit juice is pre- and probiotic and helps to regulate blood sugar levels (and is a truly odiferous concoction with the smell and taste of old, funky cheese!). Folks in this area rarely eat or ferment the fruit, but instead use it topically to rid oneself of head lice. The leaves are more often utilized here as a poultice for skin irritation of all types (I used it just recently to bring down the hard, red swelling of a spider bite). 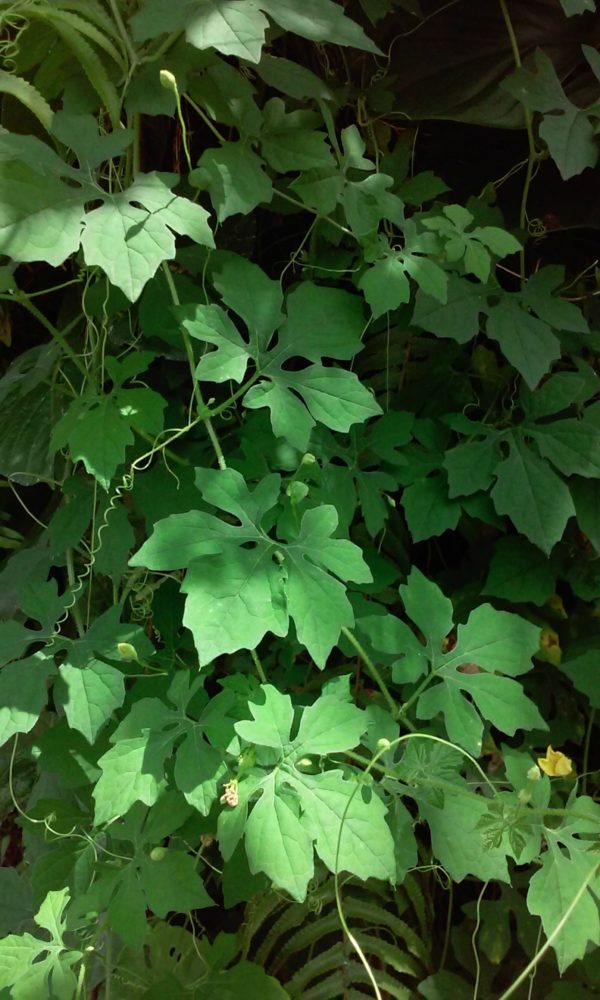 Cerasee, like gavilana, is a consummate bitter. Throughout the Caribbean, its leaves are decocted and used as a panacea for everything from colds to insulin resistance to stalled menses. The likely reason cerasee is so widely used and prized as medicine is that it is a powerful alterative. This same plant is the source of bitter melon or bitter gourd, a common medicinal food in various Asian cultures; its glucose-regulating activity is present in the leaves as well as the fruit (Rahman et al., 2015). Clinical evidence also shows growing support for the use of cerasee as an adjunct to chemotherapy treatment (Rothan et al., 2015).

Nearly every corner of the earth has its local medicines, and daily, I marvel at how nature supplies us with what we need, wherever we are.  When scientific evidence supports the use of tropical medicines, there is often an accompanying, market-driven push to harvest and manufacture the latest “miracle herb.” As much as I love this area and the amazing herbs of the Caribbean, I’m also reminded of the ethical responsibility I have as an herbalist to respect these plants and the cultures that have utilized them since the beginning of time. While some of these plants grow abundantly and prolifically (and can even thrive in some temperate climates), other tropical plants faced with huge market demands are at risk of overharvesting. It is a good reminder that wherever we are, local medicines are a great gift.

Have your travels led you to find herbs that are new to you? Our herbal community loves a good show and tell! Share your images on social media, and don’t forget to use the hashtag #myherbalstudies. 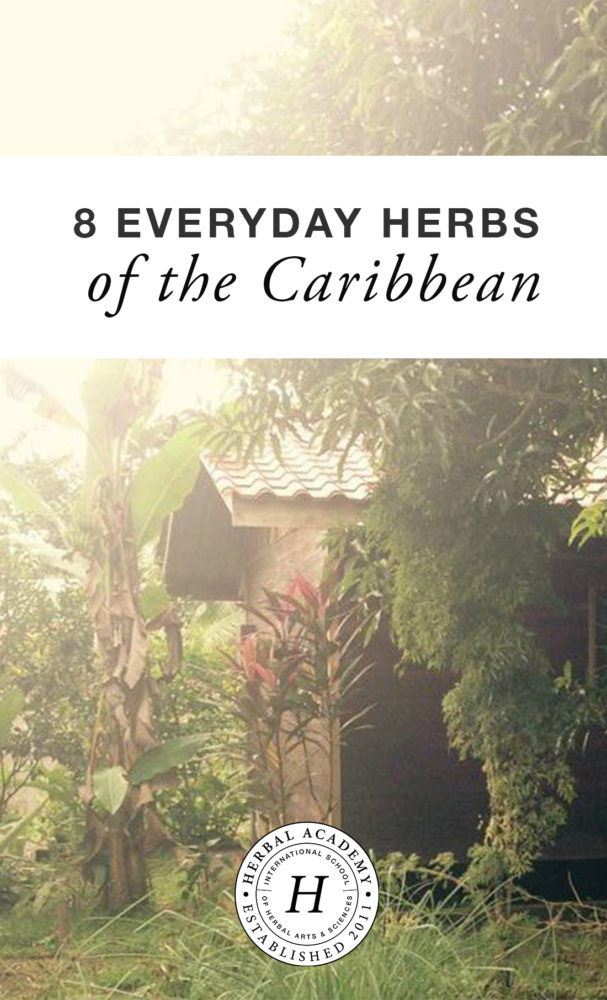