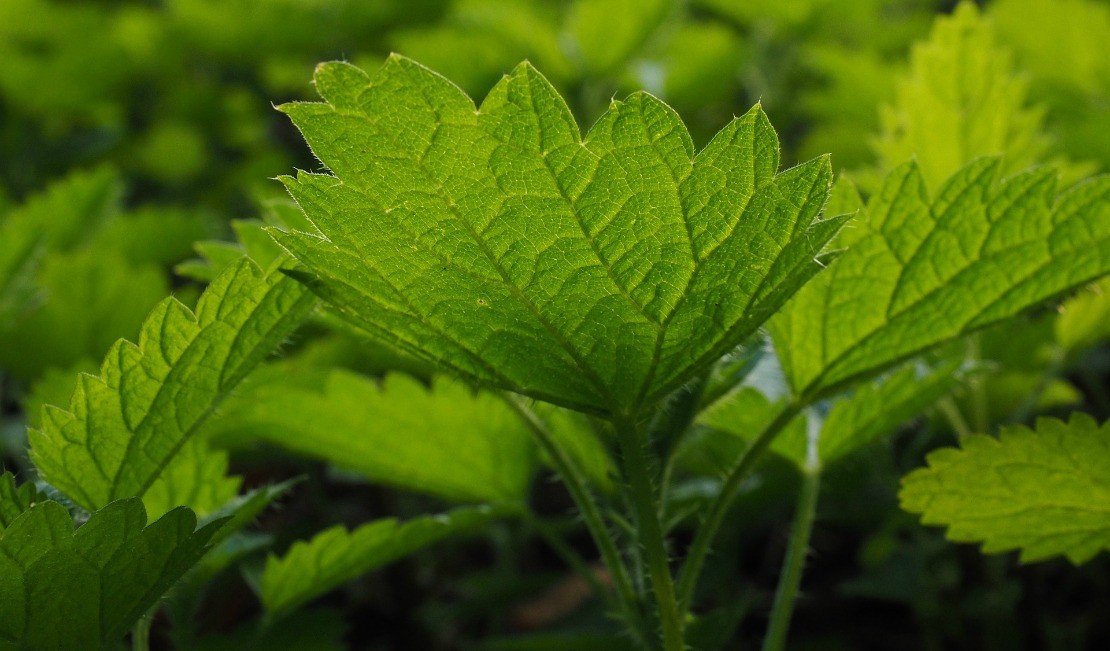 It is spring, and to many of us that means time to watch for the nettle. Long ago, our ancestors also watched for the first greens of spring after a hard winter with nutritional foods in short supply. As soon as they were able, they harvested nettle and incorporated its revitalizing nutrition into their diets.

Many an herbalist claims nettle is one of their favorites, and here we’ll share some of our favorite nettle recipes!

It’s not called “stinging” nettle without reason. The leaves and the stalk are covered with fine hair-like daggers containing several chemicals including formic acid, which, when touched, causes a sting.

Reactions to the sting vary. Some people accept the sting and thank the plant. Others feel the tingle the rest of the day. In others the burn can last twenty-four hours. (Japan has a nettle whose sting, they claim, lasts a year!) It appears if you work with nettle a lot, the sting isn’t as harsh.

The leaves are best harvested in the spring when the nettle is less than 18 inches tall.  Taking only the top six inches is recommended. Try to harvest only stems with unblemished leaves.

If you’re new to harvesting nettle, you should wear gloves and take a large paper grocery bag or basket for placing the nettle in.

If you are harvesting for teas for later in the year, dry the nettle, either by hanging, or my favorite method: Placing the nettle loosely in brown paper bags, marking the bag, putting it in your backseat, and parking in the sun. Depending on the temperature, it usually takes only one day (more on harvesting here).

Once the nettle is dried or cooked, it loses its sting.

If you are looking for a place to buy dried nettle, we recommend Mountain Rose Herbs.

Stinging Nettle Recipes for your Cookbook 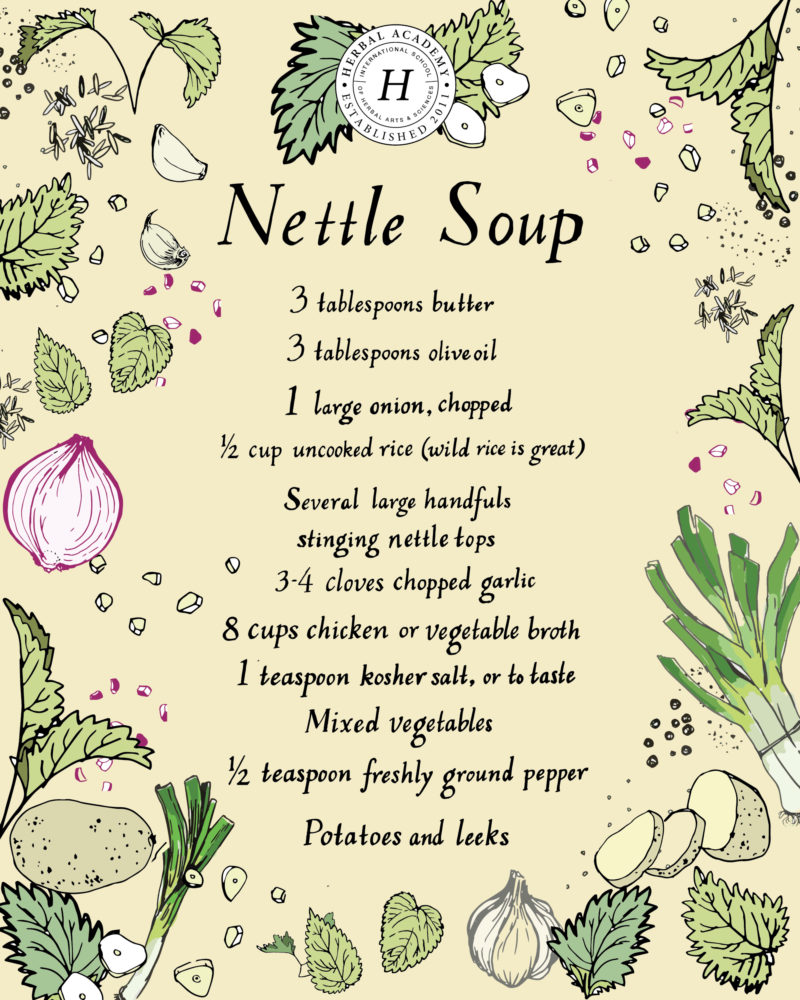 You can use any of your favorite pasta recipes and incorporate the nettle.

(To sacrifice health benefits but maximize delight, we drizzle with melted butter, garlic, and parmesan cheese.)

Nettle tea is nutritious at any time of year.  I use about 1 teaspoon of dried nettle and 1 cup of water and let it brew, covered, for about 20 minutes. It can be drying in the winter, so watch for this.

I hope you have access to fresh nettle this month so you are able to try some of the above recipes. And don’t forget to dry some nettle for use during the winter!