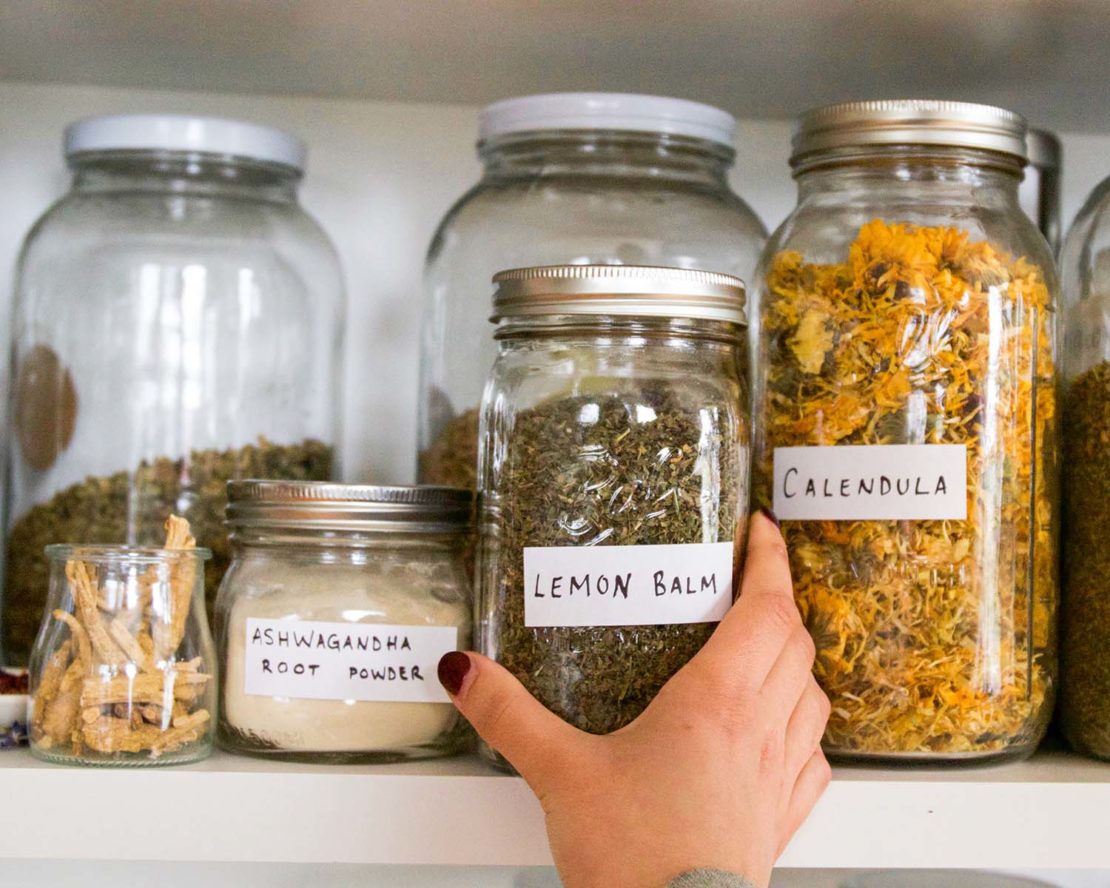 The study of herbalism can seem very overwhelming because there are so many herbs out there! For simplicity and practicality, it is helpful to become knowledgeable about some common herbs to have on hand that have multiple uses.

In this post, we will focus on five soothing, multi-use herbs that can be supportive of multiple systems in your body. By picking herbs that have numerous actions and uses, you can simplify your home apothecary and always have something on hand that can address common complaints that come up in everyday life. 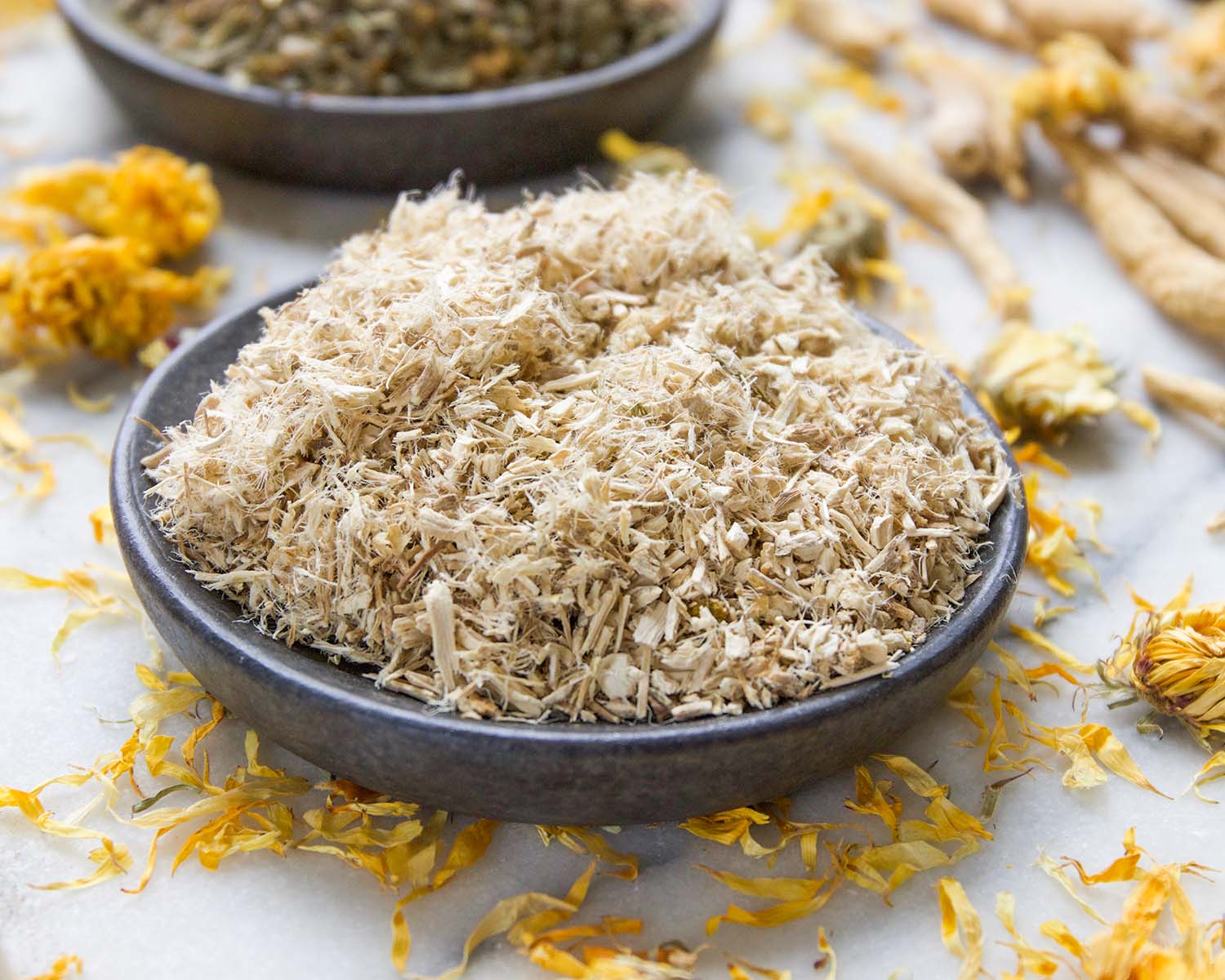 The leaves, flowers, and roots of marshmallow are a rich source of mucilage which helps to moisten, soothe, soften, and ease inflammation in the tissues it comes in contact with. The root is most commonly used, but the leaves and flowers can be used as well. Internally, marshmallow is most known for soothing the kidneys and bladder and is an extremely moistening diuretic (Wood, 2008). It can also be used to soothe mucosa throughout the entire body, coating and calming irritation in the digestive and respiratory systems. Externally, the plant is used to soothe irritated or inflamed skin such as is common with hemorrhoids and surface wounds, ulcers, burns, and boils (Wood, 2008).

Marshmallow root is more effective as a cold water infusion but can be used as a low-percentage (30%) alcohol tincture as well. It can also be used as a poultice and herb-infused oil. 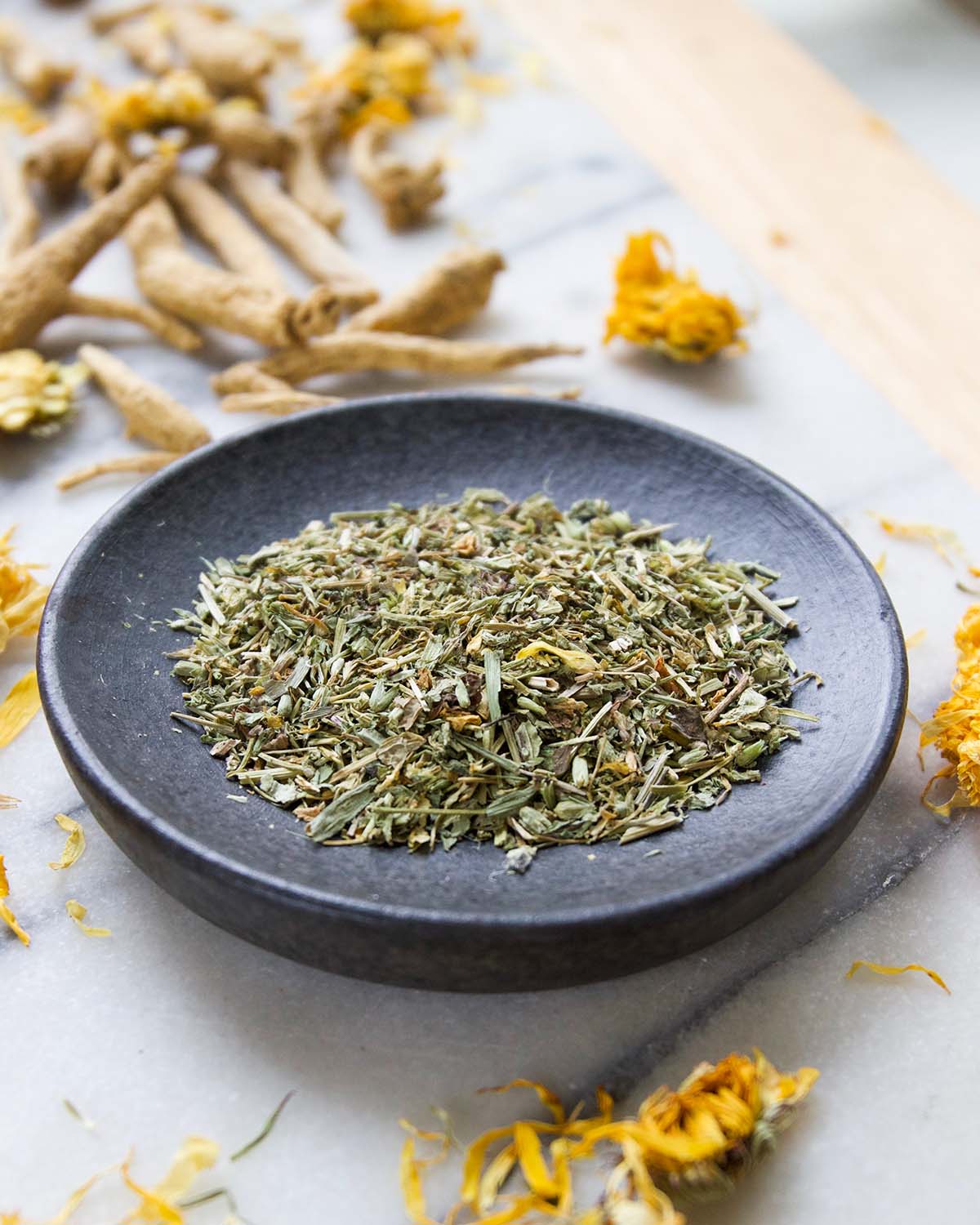 Often viewed as a weed, this abundant springtime plant is a cooling and soothing herb for hot, inflamed tissues and can increase the body’s ability to receive nutrients. The leaves and flowers are the most commonly used parts. Internally, the saponins in chickweed can dissolve cysts and fatty deposits and increase cellular membrane permeability. In this way, the plant allows the body to assimilate nutrients and rid itself of wastes more easily, supporting the circulatory, lymphatic, and renal/excretory systems (Kloos, 2017). Chickweed can also regulate water levels and expel excess dampness in the body. These actions suggest that it stimulates both sides of metabolism, building as well as breaking down, through the liver and endocrine system, which can be helpful to lose weight (Wood, 2008). Chickweed can also be used topically, as an infused oil or poultice, to relieve dry, itchy, or inflamed skin conditions such as rashes, eczema, and bug bites (Kloos, 2017).

Chickweed is known as an alterative, which is an herb that gradually restores proper function to the body and can increase overall wellness. According to Matthew Wood, “There is no area in the ‘alterative category’ (liver, lymphatic, endocrine, kidneys, skin, intestines, lungs) it does not touch” (Wood, 2008, p. 472).

This herb can be used in infusions, herb-infused oils, and 50% alcohol tinctures (Kloos, 2017). 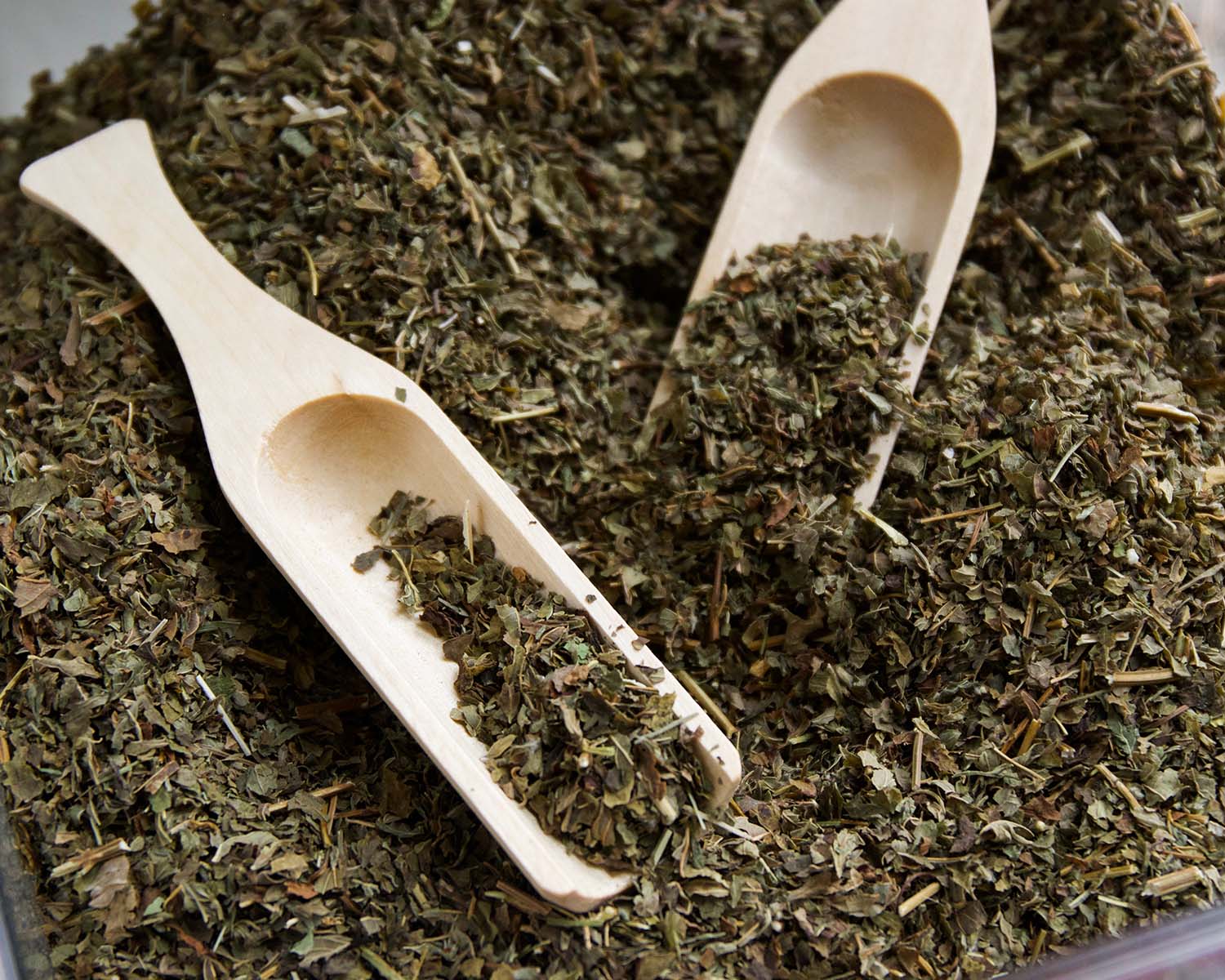 Lemon balm is a calming, soothing herb that is most notably used to ease stress and tension (Kloos, 2017). The leaf is the part of the plant that is most commonly used. As a mild antispasmodic and member of the mint family, it is also traditionally used internally to soothe nervous indigestion, nausea, and gas (Kloos, 2017). Since this plant has an affinity for both the nervous and digestive system, it is especially helpful to those who experience digestive upset as a result of stress or anxiety.

Applied topically or taken internally, it can help alleviate viral outbreaks, such as herpes or shingles. The hot tea has been often used for its antiviral properties to break fevers and helps resolve colds and the flu (Kloos, 2017). Therefore, not only is lemon balm great for the nervous and digestive system, but it can support the endocrine system and the immune system as well. 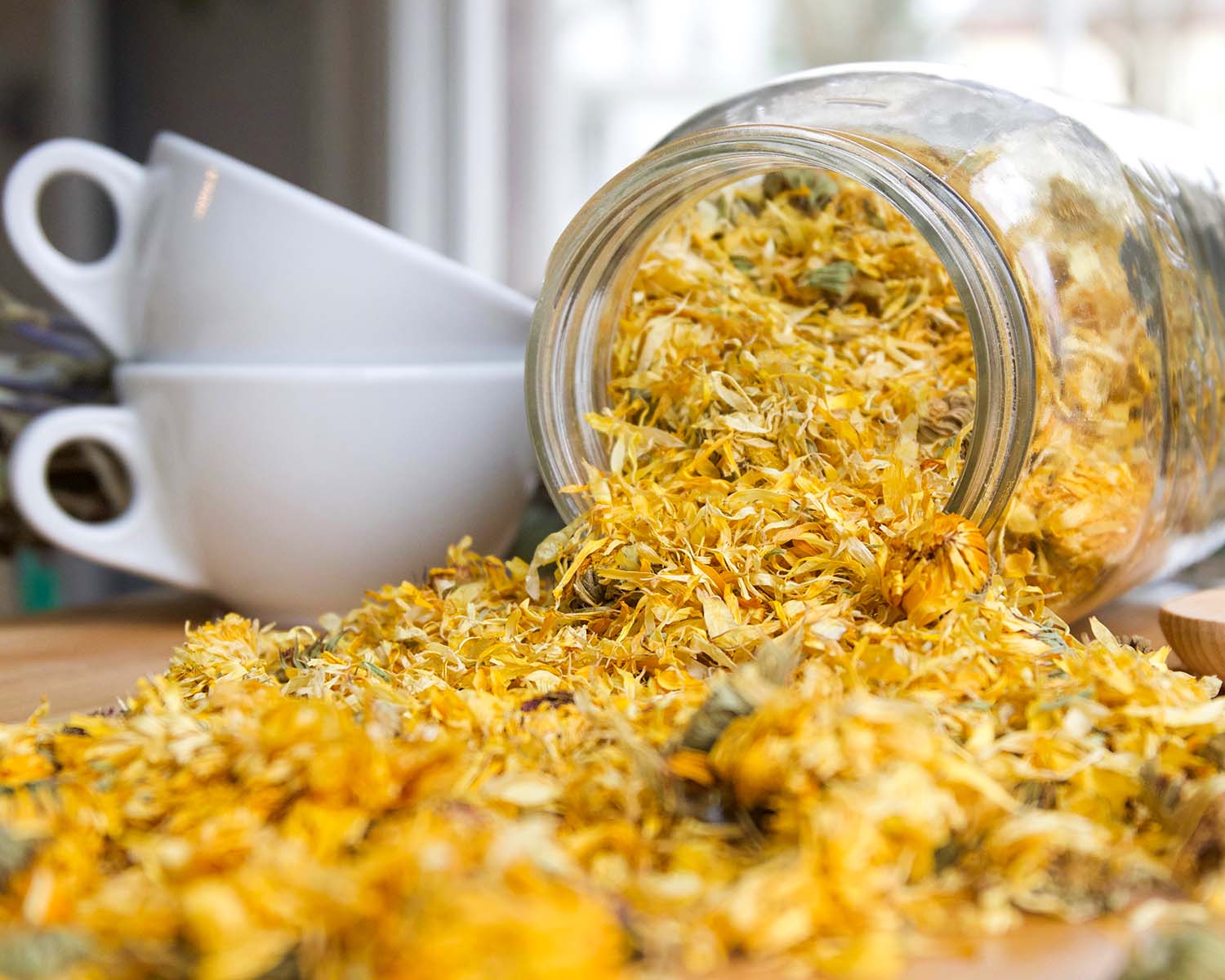 Calendula officinalis is well known as a soothing herb, both internally and externally. The flower is the most common part of the plant used. It has been traditionally applied topically to wounds or skin as an antiseptic, bacteriostatic, and hemostatic. It is believed to speed the healing of skin abrasions and conditions, reduce scar tissue, and soothe pain as an anti-inflammatory (Wood, 2008).

Internally, it has been commonly used for swollen glands, unresolved infections, cleansing the lymphatic system, lowering high enzyme counts from a damaged liver, soothing digestive mucosa and other mucous membranes, encouraging menses, and as an immune tonic (Wood, 2008).

Calendula can be slightly warming, which is helpful to keep in mind, given that most other soothing herbs are more cooling in nature. It has been used to help with ulcers, gut dysbiosis, and other inflammatory conditions. This plant has also been referred to as an alterative, cleansing the bloodstream and influencing healthy circulation (Wood, 2008).

This herb is most commonly used topically in an herb-infused oil or blended into an herbal salve. It is more commonly used internally as an infusion but can be used as an alcohol tincture as well. 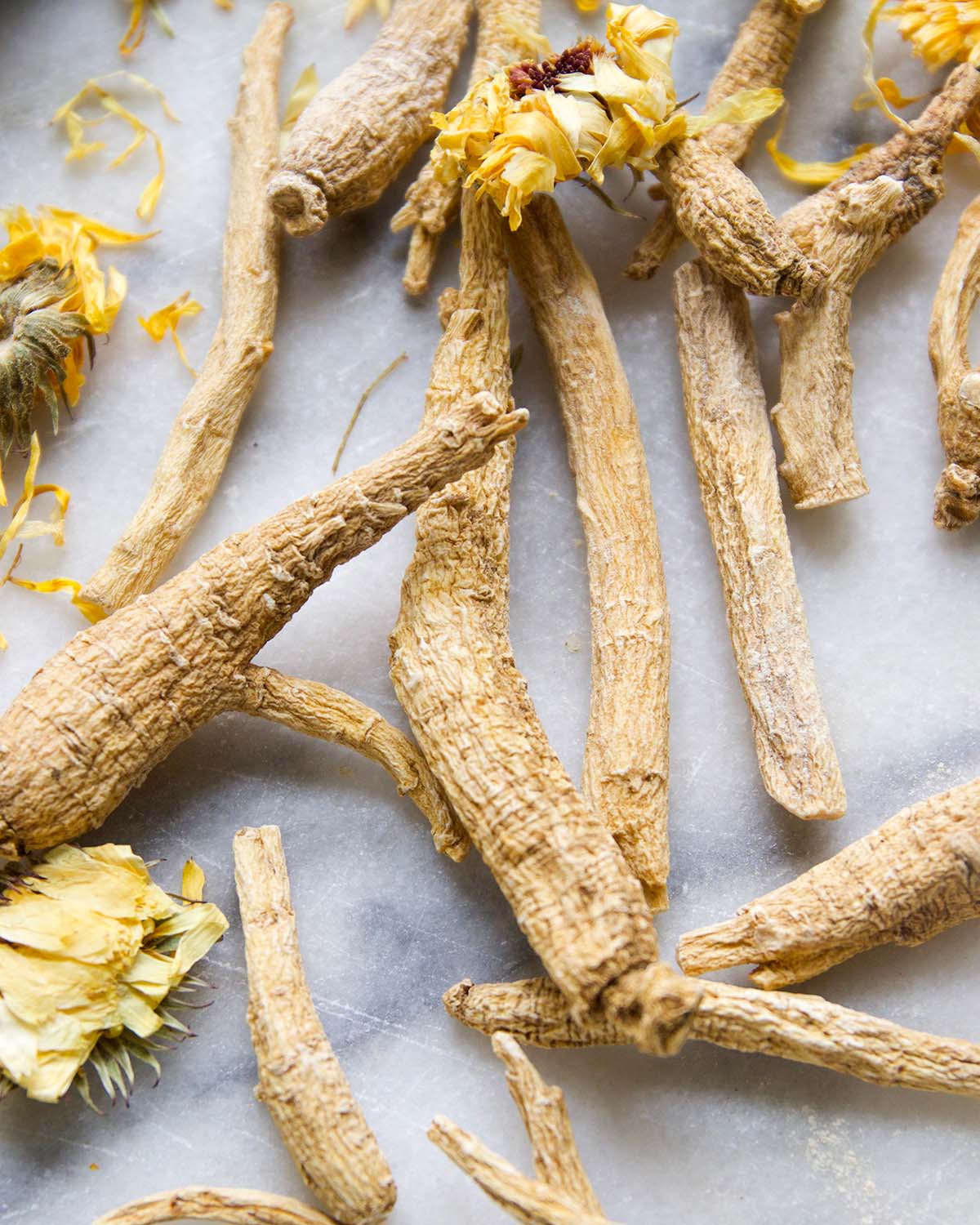 A native plant to India, ashwagandha has been widely used as a nervine tonic. The root of the plant is the most common part used. In the ayurvedic tradition, it is regarded as a rasayana, which is an herbal preparation that promotes a youthful state of physical and mental health and encourages happiness (Singh, Bhalla, Jager, & Gilca, 2011.). Internally, it is believed to increase the function of the brain and nervous system and improve memory. It supports the reproductive system, promoting healthy sexual and reproductive balance. It is known as an adaptogen, which is a type of herb that enhances the body’s resilience to stress. Ashwagandha has antioxidant properties, which increases the function of the immune system and helps protect against cellular damage caused by free radicals (Singh et al., 2011). The plant is not commonly used topically.

Ashwagandha can be used in powdered form, in decoctions, and in 50% alcohol tinctures. 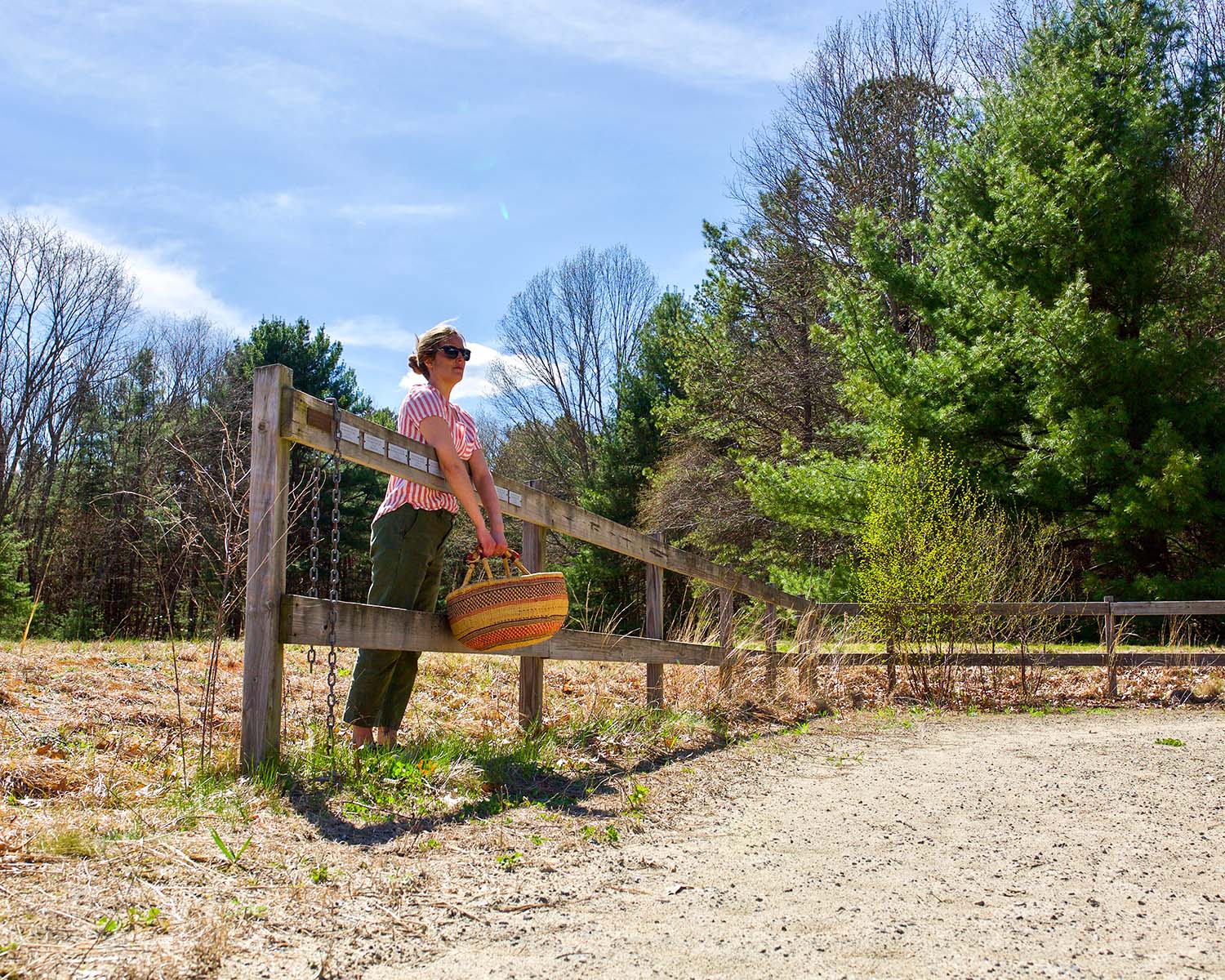 As physical beings living in a chaotic world, our bodies encounter stress every day, whether we realize it or not. Every part of our being absorbs this stress, which can build up in our body’s systems in toxic ways. Having multi-faceted, soothing herbs on hand, like marshmallow, chickweed, lemon balm, calendula, and ashwagandha, can help us ease into life and support our systems, both physically and energetically.