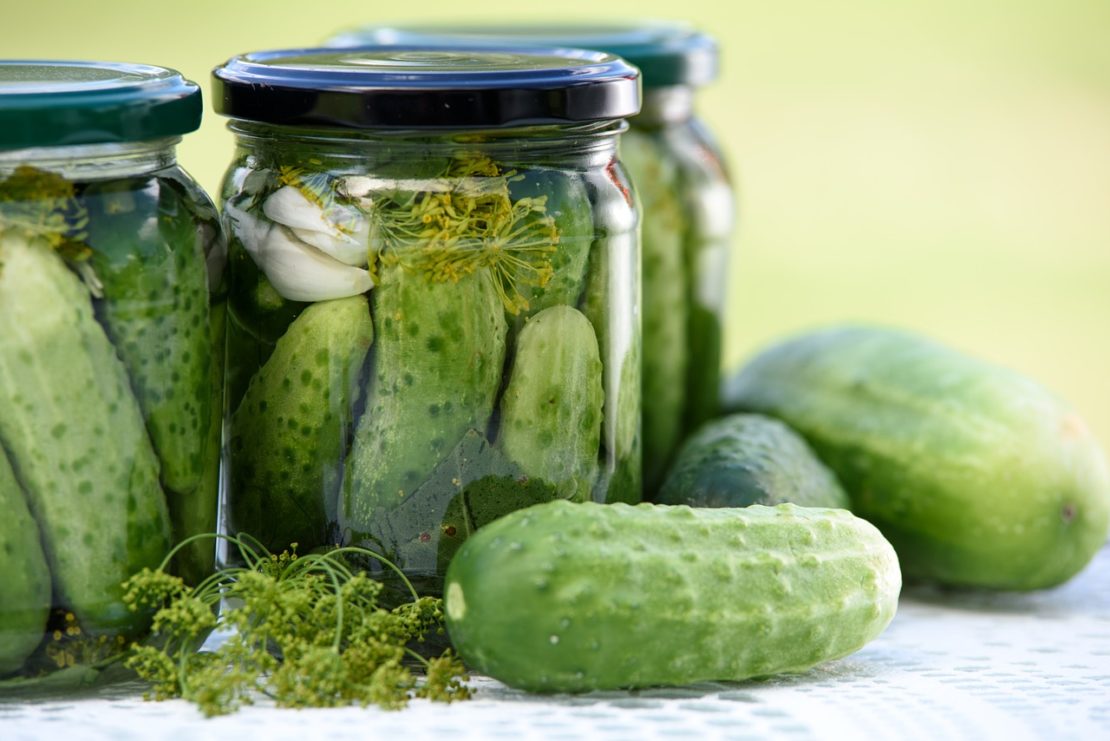 Walk out in the vegetable garden at this time of year and panic at the bounty!! Soon gardeners will be overwhelmed with produce. We can make lovely salads, freeze, and can the produce…but we can use cucumbers and herbs for pickling, too. Is there anything more pleasing than gleaming jars of pickled onions on the pantry shelf, or a crock of crunchy dills in the refrigerator? It makes me yearn for Thanksgiving and a dish of bread and butter pickles!

Pickling is an ancient method of food preservation. Some food historians posit that it may even predate cooking with fire. Perhaps ancient cooks combined fresh fruit or vegetables with some juice that had fermented into natural vinegar, and they noticed over time that these foods did not decay.

Aristotle praised cured cucumbers, and Roman cooks pickled fennel, asparagus, and plums. By the 15th century, sailors avoided scurvy by consuming pickles during long voyages. Colonial Americans discovered that apples make excellent vinegar, and young women were wisely advised to lay in a large barrel of cider vinegar when they set up housekeeping.

How To Use Herbs For Pickling

Here are the basics: Pickling requires acidity, which inhibits the growth of food-borne bacteria. The acid may come from vinegar mixed into pickling brine, or it may result from fermentation by lactic acid bacteria. These bacteria live naturally on cabbage leaves, and they produce the lactic acid that preserves both sauerkraut and Korean kimchi. Besides acidity, pickling depends on herbs for flavor and preservation—and historically speaking, the herbal diversity in pickles is impressive.

When I was researching my book American Household Botany, I compiled a “global list” of herbs and spices listed in historic pickling recipes, from cookbooks such as American Cookery by Amelia Simmons (1796), The Virginia Housewife by Mary Randolph (1824), The American Frugal Housewife by Lydia Child (1833), and The Good Housekeeper by Sarah Josepha Hale (1841). Some were typical of what we think of in modern pickling (dill, garlic, mustard, turmeric, and celery seeds), while other were quite unexpected: ginger, cinnamon, cardamom, cloves, nutmeg, mace, horseradish, allspice, and bay leaves. My friend Elizabeth Robinson still places a few cloves in each jar of her excellent bread and butter pickles, so the tradition of including extra flavor does continue.

Looking over early recipes, I suspect that many cooks used the herbs that they had on hand. Cinnamon might be in short supply, but allspice from South America was a thrifty substitute. Mustard seeds and horseradish both contain mustard oils, and teamed with other herbs, they contributed to the antimicrobial nature of the pickle brines. In fact, the more herbs added to pickles, the broader the spectrum of antimicrobial activity. Herbs contributed tremendously to the preservation by pickling; even if the vinegar were a trifle weak, herbs would kill bacteria that might cause decay or disease.

Tongue in cheek, this strategy has been called Darwinian gastronomy, which can be described as traditional foodways that discourage food-borne bacteria—particularly the cause of deadly botulism poisoning (Clostridium botulinum). Families survived when their food preservation strategies (including pickling) involved antimicrobial herbal mixtures, and they passed these traditional cooking “traits” to future generations.

Besides herbal diversity, early Americans pickled virtually anything fresh, including walnuts, butternuts, lemons, mushrooms, barberries, carrots, cherries, grapes, string beans, radish pods, nasturtium seeds, and even the succulent weed known as purslane. One of the most curious early pickles was made from the young fruit of Brazilian devil’s claw plants, a botanical curiosity cultivated in many nineteenth-century flower gardens. Known as martinoes (named for the genus Martynia, one of the various devil’s claws that were cultivated and pickled), the peculiar fruits somewhat resemble okra. After a few months in spiced vinegar, they were a welcome addition to winter meals of boiled meat and vegetables. As noted in some later editions of The Fanny Farmer Cookbook, “Pickles and relishes, so much a part of our heritage, have given a lift to many a homely meal.” 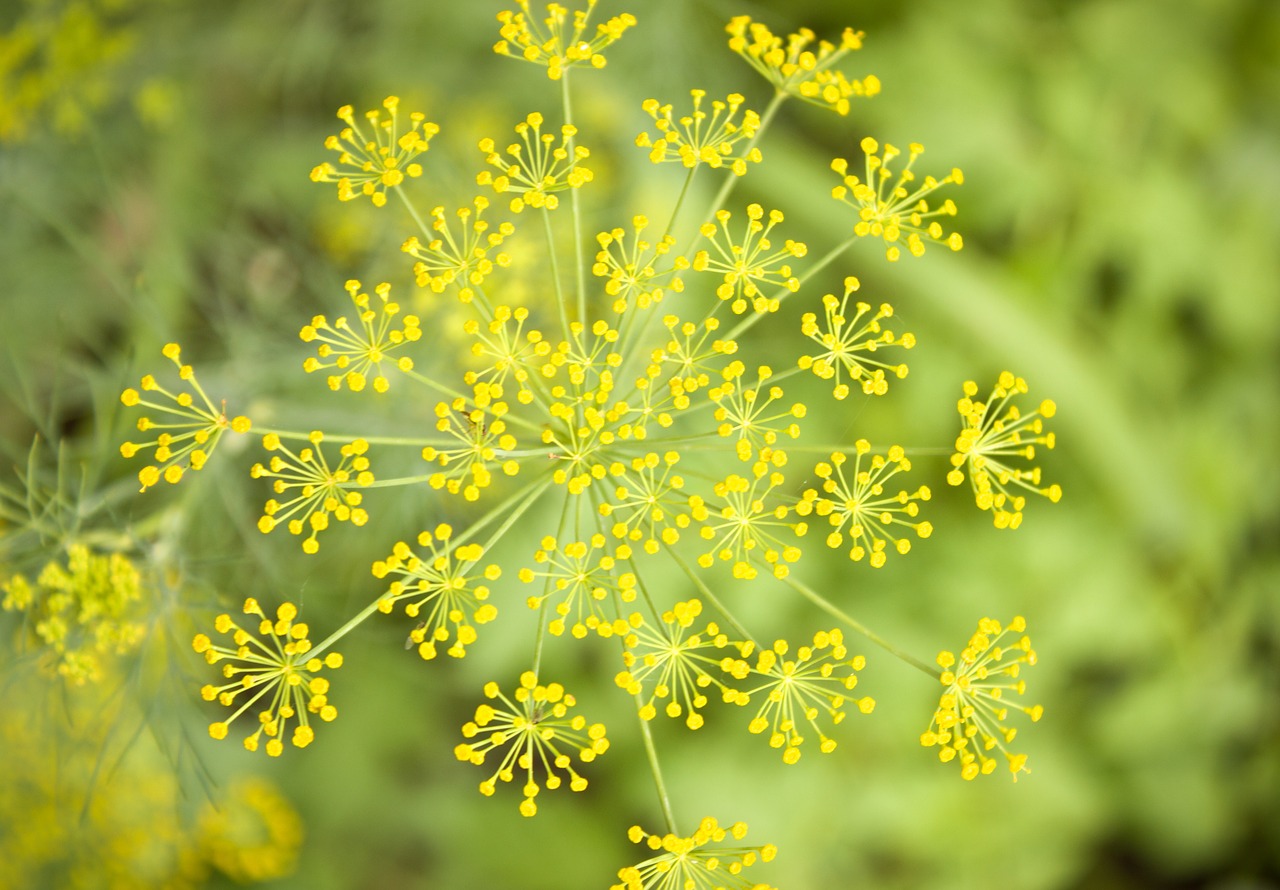 Pickling extended beyond garden crops. Just imagine ships laden with tropical fruit like mangoes arriving in ports; lacking refrigeration, preservation was the only way to keep some of the fragile bounty for future use. Mango pickling began as early as the 1600s. The fruits were hollowed, the fibrous seed removed, and then they were stuffed with a potent mixture—black pepper, garlic, onion, turmeric, mace, cloves, and whatever other herbs were available. The mangoes were tied with twine and floated in brine until thoroughly pickled.

The same technique (known as “mangoing”) was used with hollow fruits such as melons and peppers to make popular spicy pickles that were prepared in great quantity. In The Virginia Housewife, Mary Randolph describes the ingredients and method for preserving forty mangoed melons, preferably each “a size larger than a goose egg.”

Then, as now, pickling was definitely worth the effort, even when commercially produced pickles were available. Prior to the Pure Food and Drug Act of 1906, commercial pickles were often tinted with copper sulfate to impart a bright green tint, and the herbs may have been adulterated. Even today, homemade pickles are vastly more flavorful and authentic than anything that can be purchased. Preparing pickles at home in small batches, with fresh herbs, is definitely worth the time and trouble!

Today we have many options, from refrigerator pickles to water bath canning. If you are inexperienced with canning, I recommend that you obtain a current Ball Book of Canning and Preserving and follow the instructions with care. It is essential to process for the prescribed time and to use vinegar of the necessary strength, in order for the jars to be bacteria-free.

But there are pickling options that avoid canning altogether. For instance, my family particularly enjoys half sour pickles that just sit in refrigerated brine until they are “ready,” which depends on your taste. My husband likes them slightly brined and still bright green, but our daughter favors them after they have soaked in the brine for a few weeks, becoming dark and deeply flavored. The only caveat is to use a large glass jar or a crock that you are certain contains no lead in its glaze. Make sure to use pickling or kosher salt to avoid discoloration. 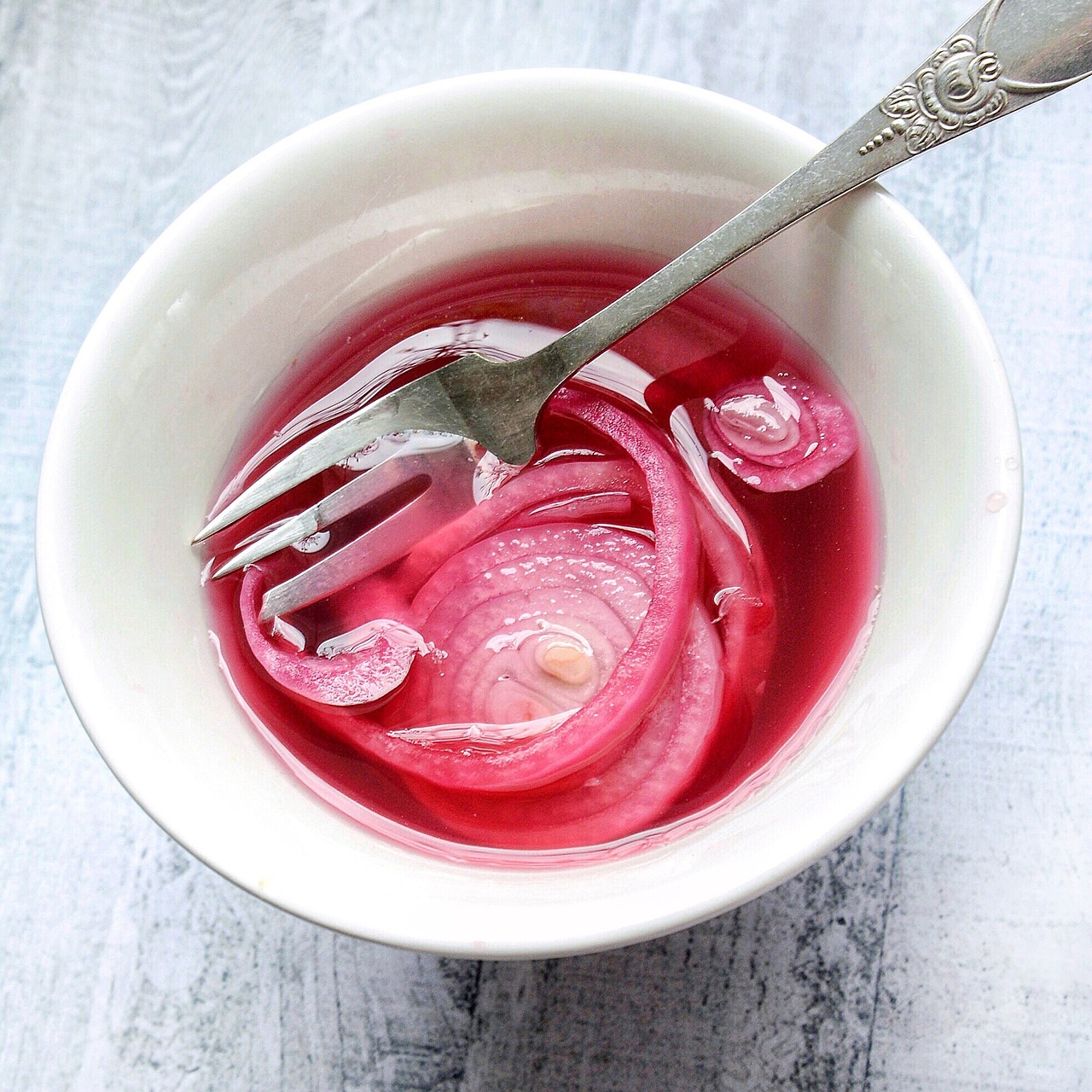 Another easy recipe takes advantage of the natural color of red onions, which tints the brine a lovely rose hue. You can change the herbs to suit your tastes. We love these with fall casserole dinners.

American Household Botany: A History of Useful Plants, 1620-1900 contains much more information on American foodways and edible botany. It is available in various editions from Amazon and won the American Horticultural Society Award.

If you live in New England, you may be interested in this opportunity: I am teaching an afternoon workshop on The Art and Science of Pickling at the Berkshire Botanical Garden on October 1, 2016. Visit the link for more information and to register! 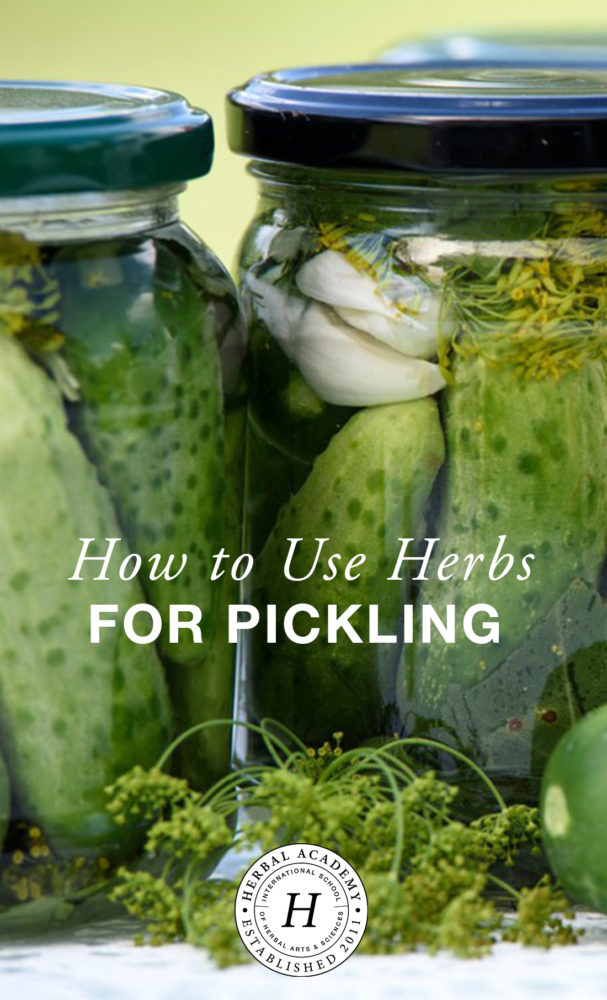 Judith is an award winning botanist with extensive experience as a teacher at the college level and on PBS.