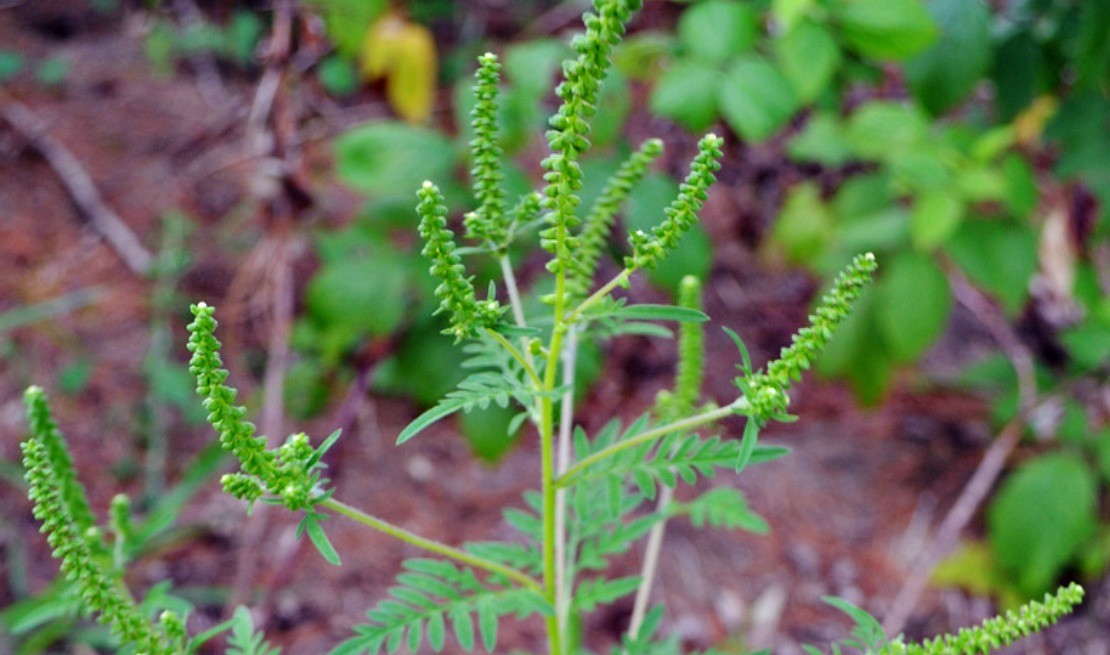 Many of us who suffer from hay fever—allergic rhinitis—typically associate this annoying affliction with the spring. And yet, the late summer and early fall yields abundant amounts of ragweed (Ambrosia psilostachya), a plant that possibly creates the most allergic reactions of any of the flora that grows throughout the country. This parade of sneezing and wheezing that so many of us go through leads to an intense hatred of this time of year, but what is perhaps more significant than that is the fact that this bitterness is often misdirected to an entirely different genus of plants: goldenrod (Solidago spp). But why should this be the case? What is the difference between ragweed and goldenrod?

Quite frankly, we here at the Herbal Academy are unsure why the two plants have ever been confused in the first place. Though they grow at the same time of year, that’s where their similarities pretty much end. They have different shaped leaves and they are even entirely separate in their taxonomy. Ragweed and goldenrod are not only different species, but they don’t share the same genus or tribe, either; they are both part of the Asteraceae family, but so are sunflowers, daisies, artichokes, and over 23,000 other species of plants.

And, perhaps most significantly, ragweed’s flowers are green and could easily be classified as nondescript. Most species of goldenrod, in contrast, are…golden. And quite pretty.

The difference between ragweed and goldenrod could also be explored through the attributes of the two different plants. Perhaps the greatest difference between ragweed and goldenrod is in how they pollinate. Ragweed pollinates through the air, and one of the reasons why it is such a troubling allergen is that its pollen can travel hundreds of miles, even affecting people out at sea. The typical association with ragweed is that it’s simply a weed that must be controlled, and this task is often pursued with industrial herbicides and other extreme measures. There is evidence that suggests that ancient native populations cultivated the seeds of the ragweed as a food source, but if such practices were ever in place they were likely abandoned in favor of the cultivation of crops like maize.

In contrast, goldenrod is not only prettier to look at but is not a cause for all of the allergic reactions that take place in the late summer. Goldenrod is actually pollinated by insects instead of the wind, and as such isn’t responsible for all of the sneezing that takes place all across the country. Furthermore, the plant itself is used for a variety of medicinal uses, including as a tonic for kidney-based indications. Some species of goldenrod are even cultivated deliberately for some of its beneficial properties (you can read more about goldenrod here).

By remembering the difference between ragweed and goldenrod, we set the stage to enjoy the latter’s many benefits—and to stay as far away from the former as much as possible.