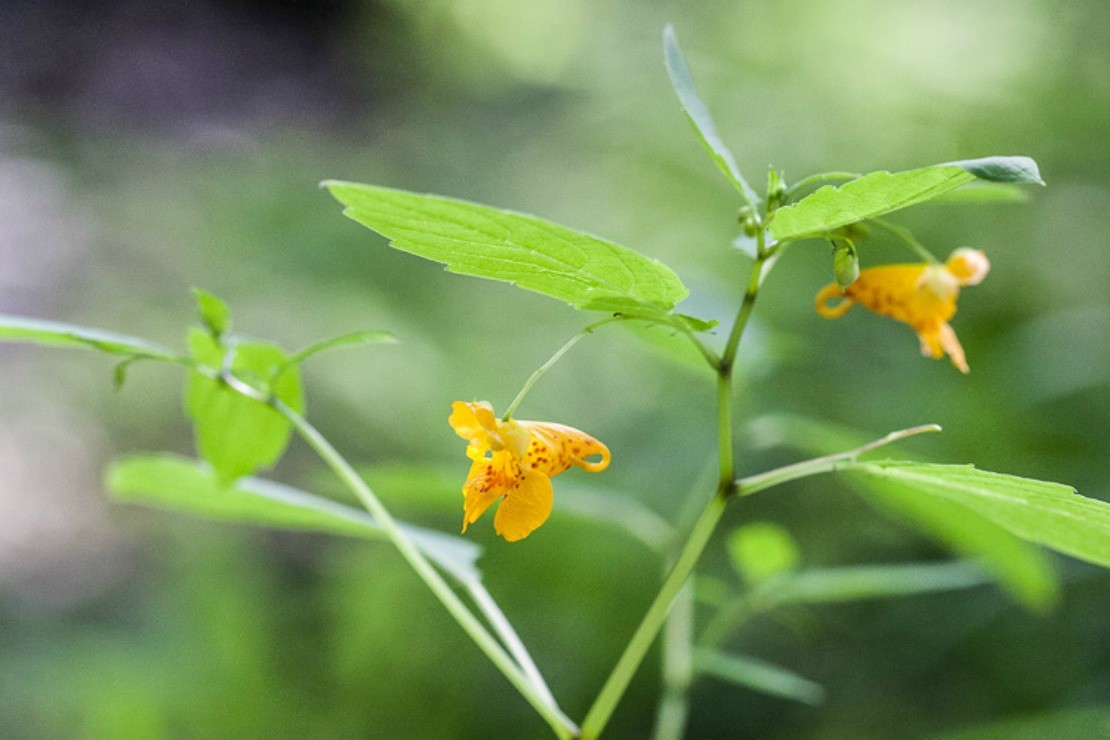 Who ever knew that herbs and other things that help us on a day-to-day basis, would ever end up in a cool story that would teach me so much? I have been traveling the Red Road (our religion and way of life) for over 15 years. On this path, you learn so much about yourself and others.

I had my first ever opportunity to host the first ever pow-wow in Monroe, Michigan in 2012. I was the president of an organization at that time that brought Native American education to the public and taught them our ways of life. It was hot that summer and I had a lot going on for the four days.

Somehow or another I had gotten into poison ivy at home. It was mild and didn’t bother me much. The rash was on my forearm and my hands. As I was speaking at the pow-wow, some of my guests saw that I was struggling with it. A kind lady I know told me to go over to the ditch area along the road and pick up some jewelweed. I looked at her puzzled. “What?” I asked. “Jewelweed,” she said. So we made our way over to the ditch area and picked some. She broke open the stem and the leaves and rubbed them on my arms and hands.

And told me this story:

Long ago our people watched the animals and saw how they took care of themselves when they got hurt or sick. So one day grandmother and her granddaughter were going out to harvest herbs and start gathering different medicines. And the little girl saw a little frog on the path where they were walking. So the little girl chased the little frog and grandmother saw that there was a snake on the path and told her to stop! And the girl looked at grandma and asked why?

The frog had also noticed the snake and hopped into a patch of poison ivy and the snake had started circling the patch. The snake knew better not to go into the patch or he would get sick.

After a while the snake went about his way. The girl was nervous for the little frog. Grandma had told her to watch what happens next. The frog got up and went over to the patch of jewelweed and proceeded to roll around in the flowers and the leaves until he felt better.

After hearing that story I became more interested in listening to the different stories about how the animals healed themselves. And now more and more I listen and take my cue from Earth Mother and always thank her for all that she provides us.

John Bailey is native to Michigan, where he was born and raised. As a child, he loved the outdoors, camping, fishing, and loved the spiritual part of being connected with the forest. Later, John began traveling the Red Road as a Native American to learn his people’s ways of life. While learning the medicines and the physical and spiritual parts and how they all connect, John still travels the Road to help others who need guidance.
Photos by Annie Hall.