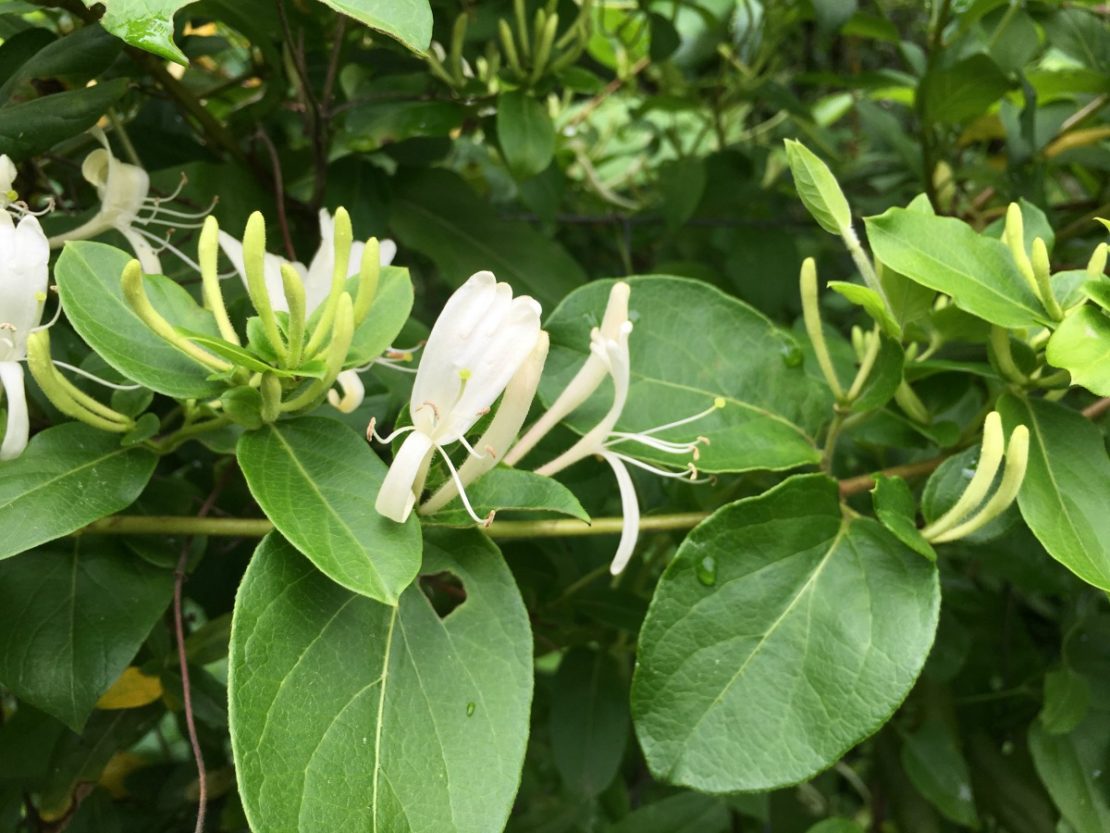 Honeysuckle. Nothing signifies summer to me like seeing thousands of honeysuckle blossoms along the creek bank here in the South. Honeysuckle not only smells and tastes great, but it can be used to create herbal remedies that are good for your body, too.

Honeysuckle flowers are the most commonly used part of the plant. They are most often used to adorn food or added to beverages, but they can also be used in a variety of herbal preparations. Today, I’d like to talk to you about one honeysuckle preparation in particular—homemade honeysuckle syrup!

Not only am I going to give you a recipe for a simple homemade honeysuckle syrup so you can make it yourself, but I’m going to share six ways you can use it, too! Now, before we get to the recipe and uses, let’s take a brief look at some of the health benefits of honeysuckle… just in case you’re curious.

Honeysuckle (Lonicera spp.) comes in a lot of varieties, but most varieties have similar properties and uses. It’s considered a mild, safe herb and is often used for children and the elderly.

Honeysuckle energetics are cool and dry. It’s cooling in that it is often used to clear built up heat in the body (specifically with fevers, infections, and skin inflammations), to aid the liver and lymphatic system in detoxification, and to relax the nervous system and decrease inflammation in and on the body. It’s drying in that it helps to thin mucus so it can be coughed up easily, to increase urine production, and to tone tissues to prevent water loss (Hardin, 2007; Tierra, 1998).

Honeysuckle is more commonly used in Traditional Chinese Medicine than it is in Western herbalism. It’s often used for infections, specifically those in the respiratory, digestive, and urinary tracts as well as the skin. In fact, Michael Tierra has referred to it as the “Echinacea of Chinese Medicine,” and it’s even thought to be a mild immune stimulant (Hardin, 2007).

Honeysuckle is also useful in soothing spasms in the digestive and respiratory tract. Waller specifies this use of honeysuckle for spasms associated with asthma (Grieve, n.d.). It is used to stimulate the uterus (Hardin, 2007), and has even been used in Eastern cultures for cancers of the lung and breast (Harden, 2007; Tierra, 1998). 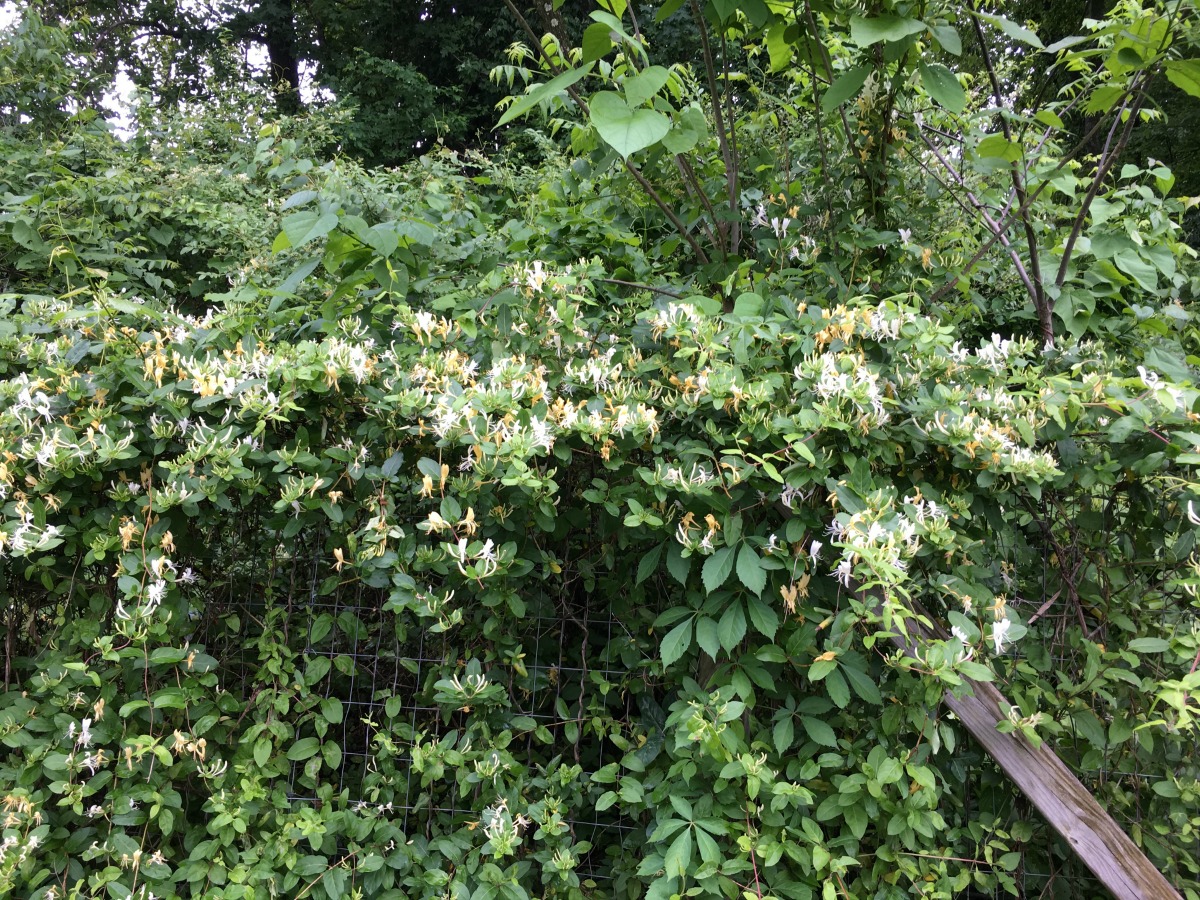 How To Make Homemade Honeysuckle Syrup

Homemade honeysuckle syrup is so easy to make! It has a light, sweet flavor, and if you’re familiar with sucking the nectar from the base of a honeysuckle flower, you’ll definitely notice that familiar flavor in your finished syrup.

Syrups can be made in a variety of ways, but today’s recipe is for a basic syrup that uses sugar. Feel free to substitute honey, a sugar-free alternative, or even food-grade vegetable glycerin in place of the sugar if you want to avoid it.

6 Ways To Use Honeysuckle Syrup

Okay, so now that you know how to make a simple homemade honeysuckle syrup, let’s look at some way to put that syrup to good use.

Now, I don’t know about you, but summer never tasted so good to me!