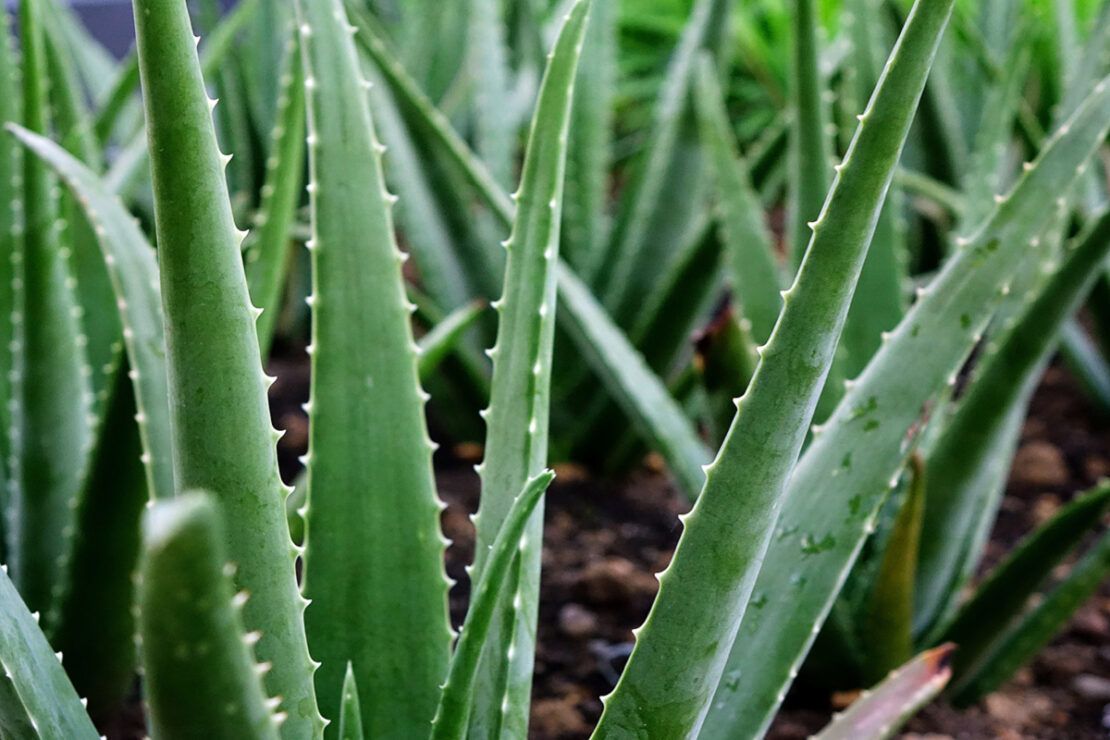 As mentioned in my previous article, How to Boost Immunity from the Inside Out, one of the best ways to take care of your vitality, longevity, and immunity is with nourishing herbs. These herbs for deep nourishment are not a quick fix, but rather are most effective if taken over long periods of time. The herbs that I will discuss in this post are known as rasayanas in Ayurveda. You may recognize some of them as adaptogens. They are plant allies that work broadly and deeply to nourish us from the inside out.

What is a Rasayana?

The term rasayana is unique to Ayurveda. However, many of these herbs and their usages are shared across different herbal traditions. A rasayana is an herb that is deeply rejuvenating. Translated as “to enter the rasa” rasayanas work by penetrating the rasa (fluids, plasma) of the body which bathes all the other tissues and organs (Dass, 2013). Rasayanas support the agni (digestive fire) of all the bodily tissues, which ensures proper tissue development and elimination of wastes. As an ayurvedic practitioner and author Vishnu Dass (2013) describes, “[Rasayanas] promote the regeneration and revitalization of all cells, tissues, and organs, and increase immunity, vitality, mental function, and longevity” (p. 89).

Rasayanas have a broad-spectrum effect and they even contribute to the formation of ojas, the essential essence of the immune system (Dass, 2013). Furthermore, each rasayana has specific indications and a prabhav—a word in Ayurveda that describes a “special action” or targeted function. Now let’s take a look at rasayanas based upon the dosha that they are suited for, with a deeper dive into a few nourishing herbs that you may be less familiar with. 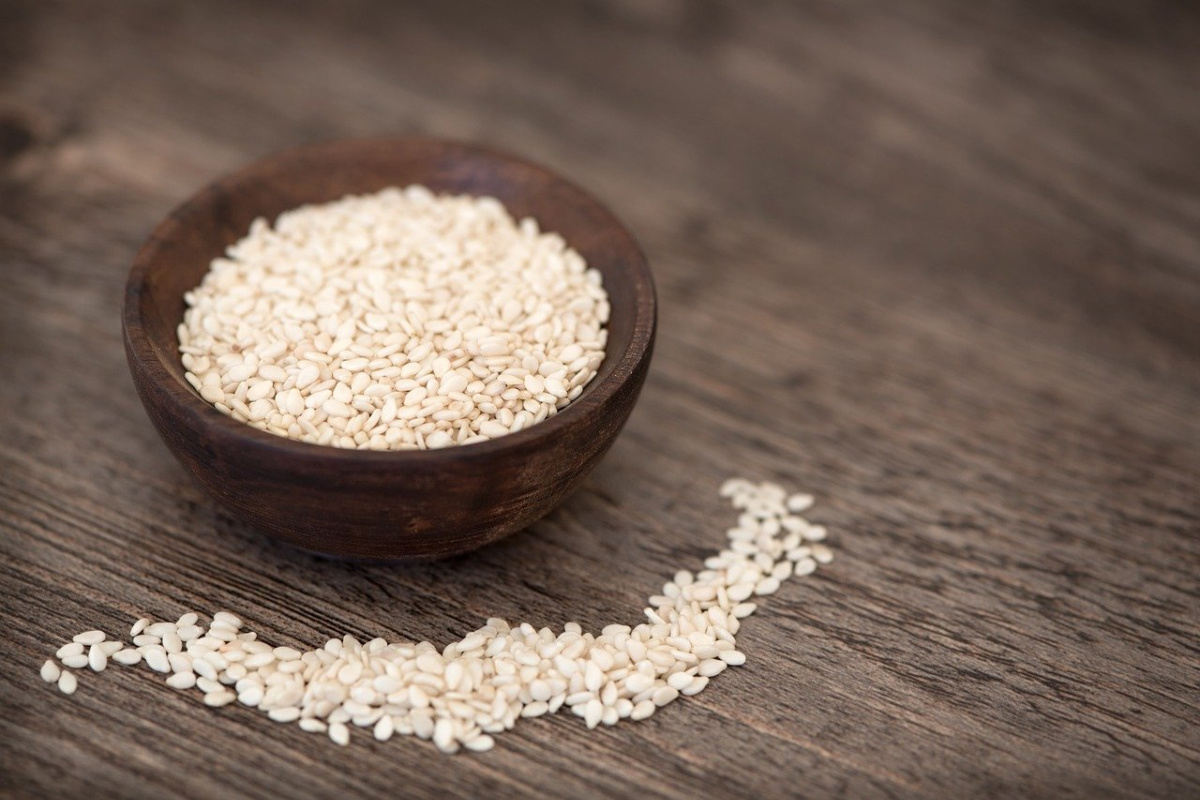 Haritaki is one of three ingredients in the classic and versatile ayurvedic herbal compound triphala, or “three fruits.” This astringent tasting berry is typically taken as a dried powder and is typically more palatable as a capsule. Haritaki exhibits diversity in its initial taste; it is sweet, sour, bitter, pungent, and astringent with a warm energy and an overall nourishing effect (Dass, 2013).

Since vata dosha is light and dry in nature it may come as a surprise that this light, dry herb balances vata. However, haritaki’s astringency helps tone the organs, particularly the colon, which is closely tied to vata dosha (Dass, 2013). Haritaki also has the prabhav (special quality) of balancing all three doshas, though its warm nature and affinity for the colon make it especially good for vata dosha (Dass, 2013).

In terms of legend and lore, it is said that haritaki is an embodiment of the Hindu god Indra, showing what a revered place this curious fruit holds in Ayurveda (Dass, 2013). In most cases, haritaki is safe to take in dosages of 3-9 grams per day. However, it is contraindicated for heated conditions, pregnancy (due to its expelling action), dehydration, and exhaustion (Dass, 2013). As mentioned earlier, haritaki may be easiest to take in capsule form due its astringency. Nonetheless, it can be taken as an infusion, decoction, herbal ghee, or even fried in castor oil for a direct effect on the colon. 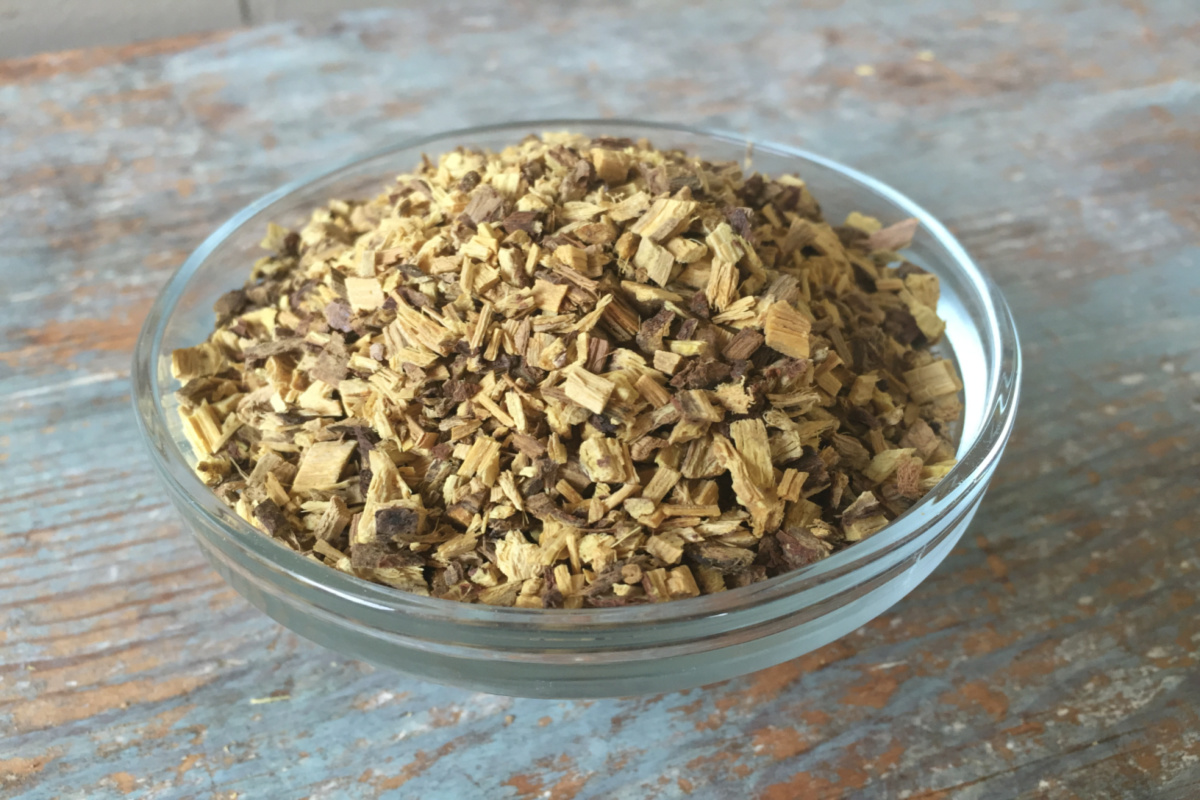 Brahmi is another herb that holds a place of reverence in Ayurveda. In fact, brahmi is another name for the Hindu goddess of arts and letters, Saraswati (Dass, 2013). Brahmi’s namesake is an indication of its function. This bitter-tasting herb is especially beneficial for the nervous system and mental function.

A favorite among students, brahmi supports memory, removes wastes and blockages within the nervous system, and has a nourishing herbs effect (Frawley & Lad, 2001).  Herbalist Maria Noel Groves (2016) suggests taking brahmi for at least a month at a time to reap its benefits, noting that the herb’s ability to assist with information retention is likely its most scientifically proven action. 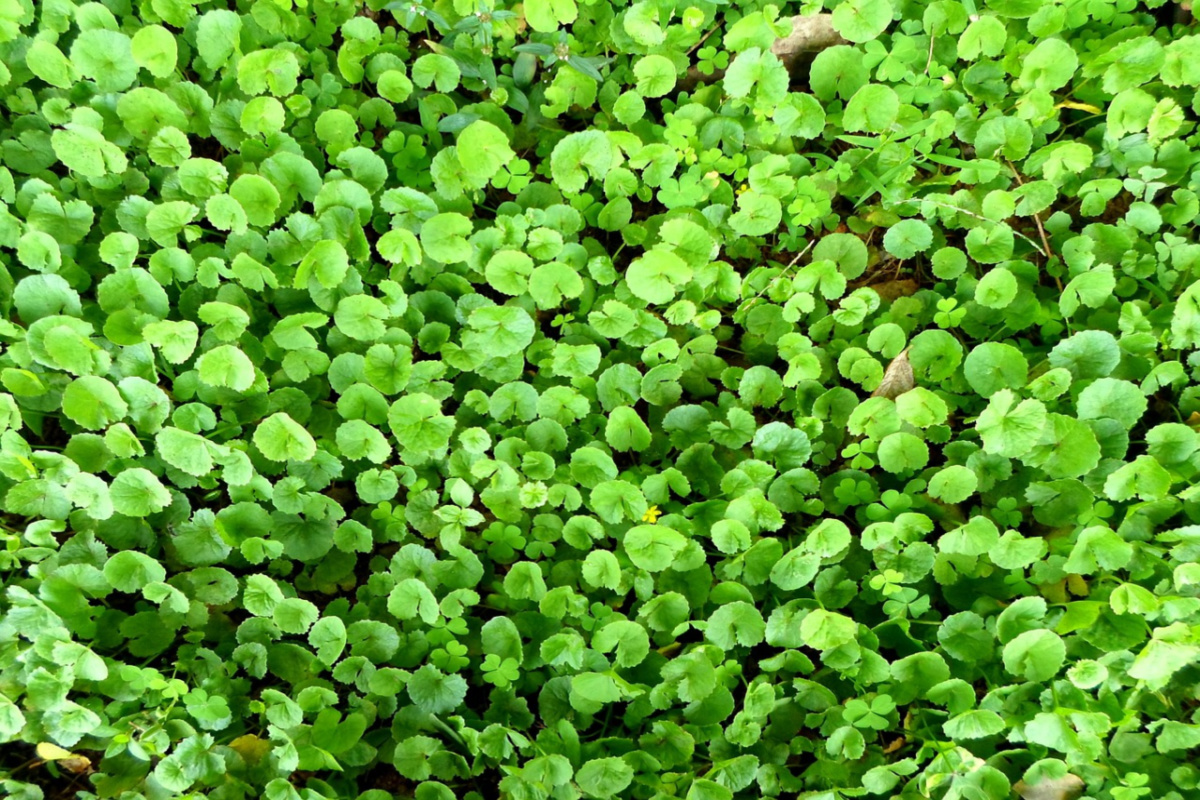 Furthermore, brahmi is considered to be a good herb for meditation and yogic practices as it is sattvic (clear and pure in nature) and supports concentration and devotion (Dass, 2013). Brahmi has a sweet, bitter, and slightly astringent taste and an overall nourishing effect (Frawley & Lad, 2001). Curiously, its virya (energy) is heating, but it’s special effect is cooling and balancing for pitta dosha, particularly in the head and mind (Dass, 2013).

By cooling excess heat, brahmi intercepts the mental and nervous system burnout that pitta types are prone to. It is useful in instances of early graying (a feature of pitta dosha), as well as headaches, premature aging, irritability, and adrenal insufficiency (Dass, 2013).

The suggested dosage is 3-6 grams per day. I would advise against taking brahmi as a tea or decoction due to its highly bitter taste. However, it works fine as a capsule or infused into ghee. You may also come across brahmi in oils intended for nasal administration (Dass, 2013). This is a favorable way to take brahmi as it is a more direct route to the brain and mind. 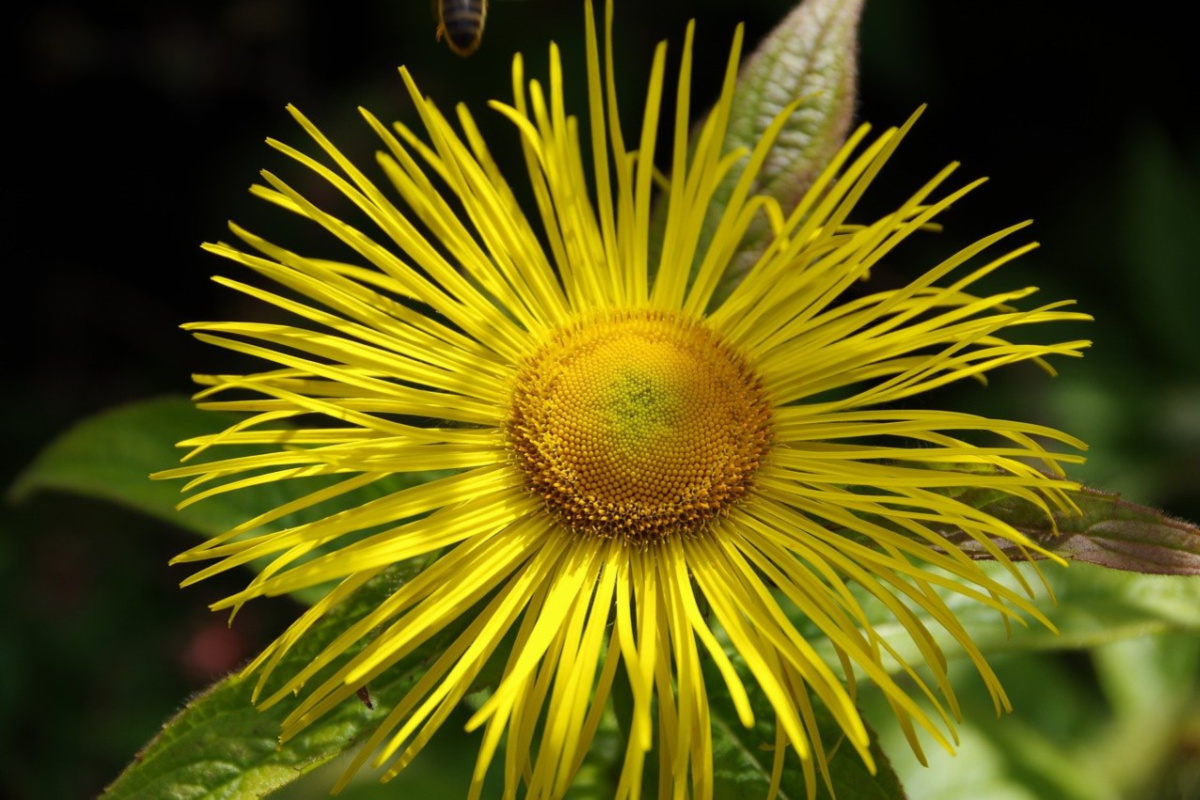 Individuals with a kapha constitution typically have a lower need for rasayanas and tonifying herbs as they naturally have more ojas (vigor/immune system energy). Composed of earth and water, kapha dosha is moist, heavy, and dense by nature. However, there are rasayanas for kapha nonetheless. They are typically light, warm, and purifying. Examples include bibhitaki (Terminalia belerica) fruit, guggul (Commiphora mukul) resin, shilajit (Asphaltum punjabianum) mineral pitch, elecampane (Inula spp.), pippali (Piper longum) fruit, and honey.

Like haritaki, bibhitaki is one of the three fruits in triphala. (The other being amalaki.) Triphala is in fact a tridoshic combination, meaning that it balances all three doshas. Whereas haritaki has an affinity for vata dosha, bibhitaki is particularly balancing for kapha dosha, and amalaki works on pitta dosha.

Bibhitaki has an astringent taste. It is hot and has an overall nourishing effect (Frawley & Lad, 2001). This astringent berry has a special ability to regulate the water element in the body and rejuvenate the lungs (Dass, 2013). Since kapha dosha is linked to the lungs and water, it is easy to see why bibhitaki is one of the nourishing herbs for kapha dosha.

By clearing out excess water, phlegm, and other obstructions, bibhitaki has a clarifying effect on the channels of the body (Dass, 2013). This allows for better digestion, absorption, and elimination of waste, which in turn has a rejuvenating effect.

Similar to haritaki, bibhitaki has an astringent and toning action on the colon. It has a mild laxative effect and a regulating effect on the bowels (Dass, 2013). These actions contribute to overall better digestion, assimilation, and elimination and thus a rejuvenating effect.

The suggested dosage for bibhitaki is 250 mg-6 grams per day (Dass, 2013). It can be taken as an infusion or decoction, but like the other bitter, astringent tasting herbs mentioned in this article, taking as a capsule or ghee infusion will be more agreeable for most. Bibhitaki can be taken alone, but it is most commonly found within the herbal compound triphala.

The plant allies that I highlighted in this article all have a bitter and/or astringent taste. When you think of herbs for deep nourishment, there are plenty of more sweet and tasty herbs that I could have featured (think licorice, shatavari, or even ashwagandha). On the other hand, it is interesting to observe the surprising ways in which herbs can act on the body. Bitter and astringent herbs are not always reducing and purifying. As is demonstrated by haritaki, brahmi, and bibhitaki, oftentimes rasayanas work in a complex and multi-layered fashion. If you are looking to support your overall wellness, immunity, and vitality, consider exploring these and other nourishing herbs. 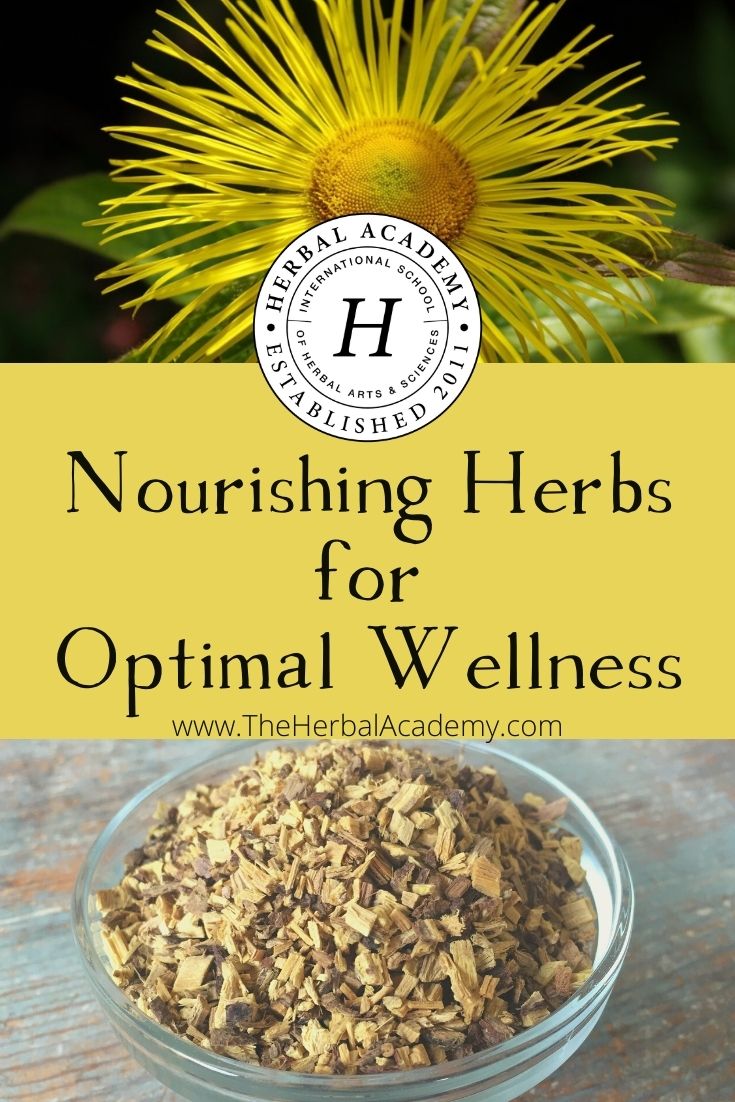