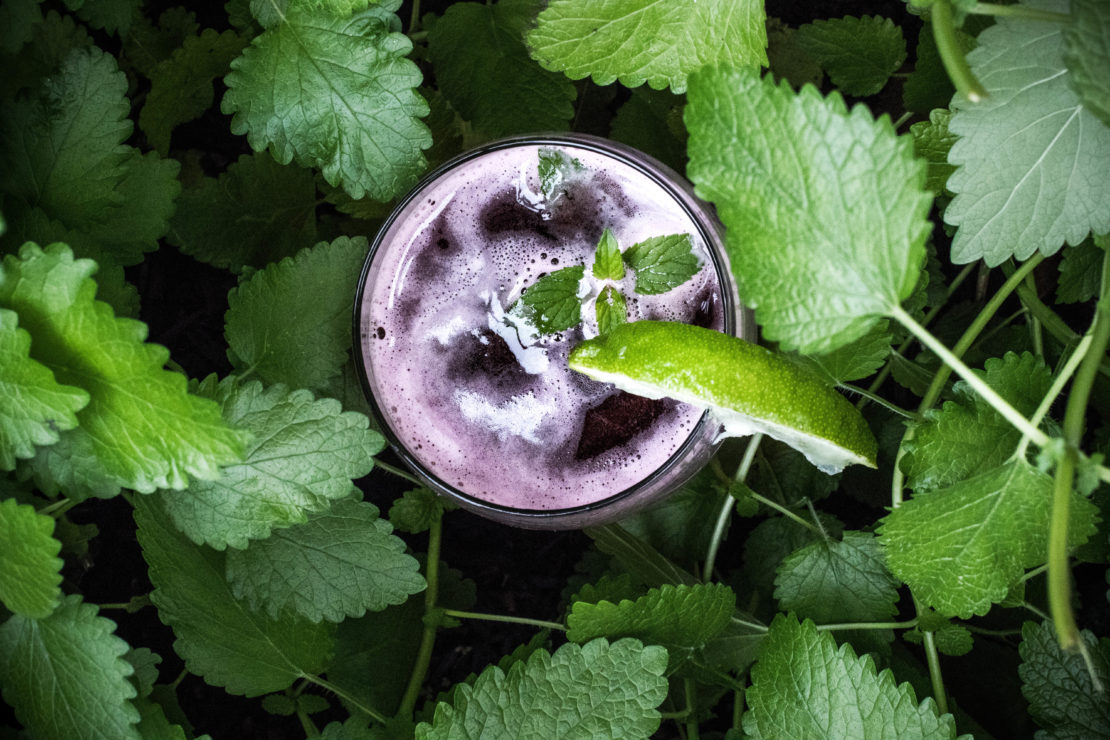 It’s funny — I never thought I would write anything positive about beer. My husband homebrews, so it has always been his thing. It was never something I cared too much about since I’ve never had much of a palate for beer. I’ve always preferred wine as my alcoholic beverage of choice — until recently when I started The Craft of Herbal Fermentation course through the Herbal Academy.

This course has four different units covering different fermentation methods that can be used to produce a variety of drinks and foods. The entire course was incredible, and I learned a lot. And guess what? My favorite unit was the one on herbal beer! In fact, I wish it had never ended!

In this post, I’d like to share a bit about what I learned about making herbal beer, its history and use in ancient times, and its benefits during modern times.

Is It Really Beer? 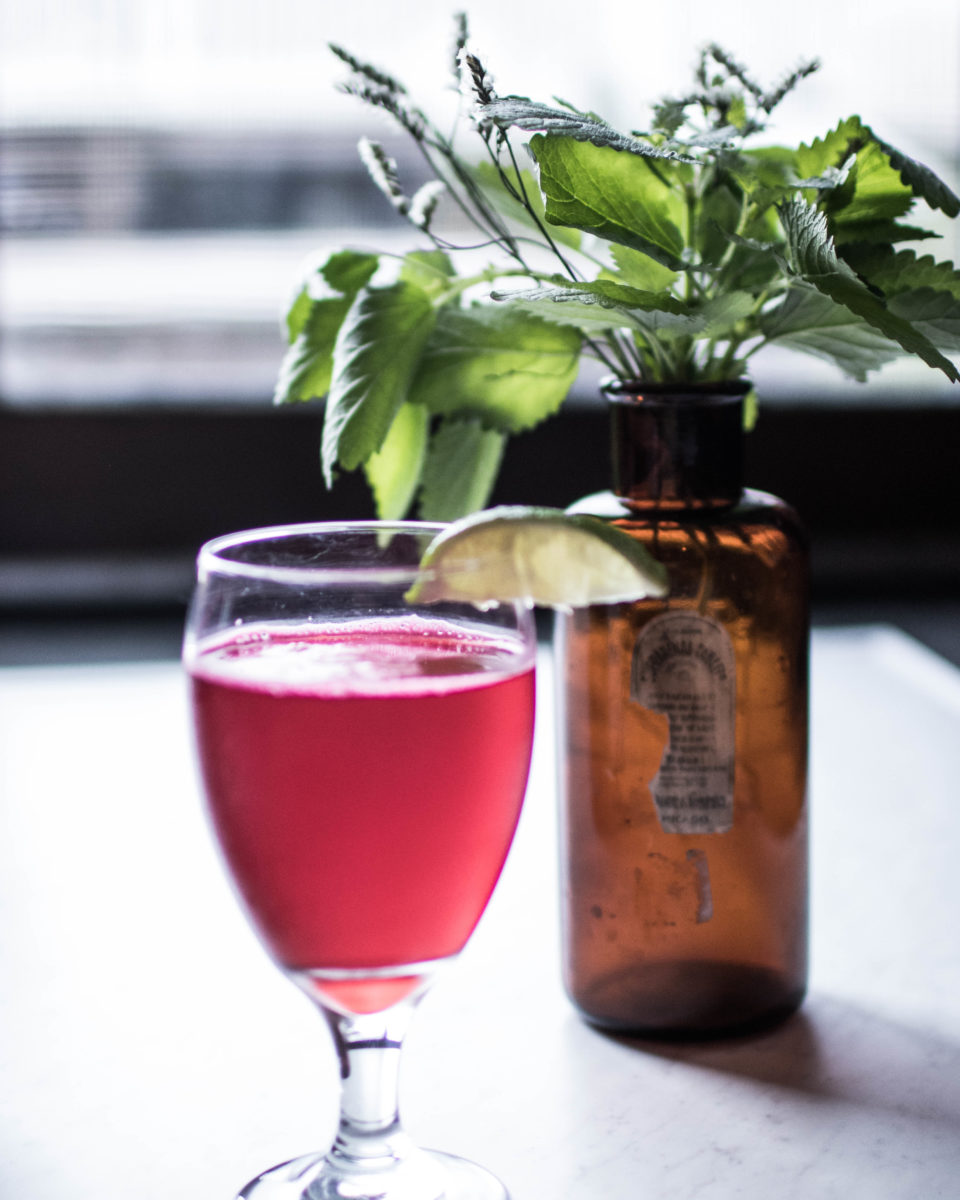 There’s been some kickback to calling what we are talking about “beer.” To be grammatically correct, beer is defined as,

“An alcoholic drink made from yeast-fermented malt flavored with hops” (Oxford Dictionary, n.d.).

Since the herbal beer I’m speaking of does not have hops in it, it’s technically not a beer. The correct term for an herbal beer is a “gruit,” which is an herb mixture used for bittering and flavoring beer, popular before the extensive use of hops. Some brewers still choose to call it “beer” because that is what it was considered in ancient times until Reinheitsgebot.

Reinheitsgebot, a law that was passed by the Bavarians on April 23, 1516, stated that beer should only contain three ingredients: hops, barley, and water (Alworth, 2016). It was introduced to prevent price competition with bakers for other grains. The restriction of barley as the beer grain ensured that bread would remain affordable, as wheat and rye were for the bakers to use (Holle & Schaumberger, 2011). The law also is suspected to have some religious bias involved. It is believed that the German Puritans wanted to avoid the use of beverages such as gruit that were used in pagan rituals,” (Oliver, 2011)  and although there is no documented evidence, some believe that they chose hops for its ability to dampen the libido — resulting in an easy way to regulate premarital sexual activity. 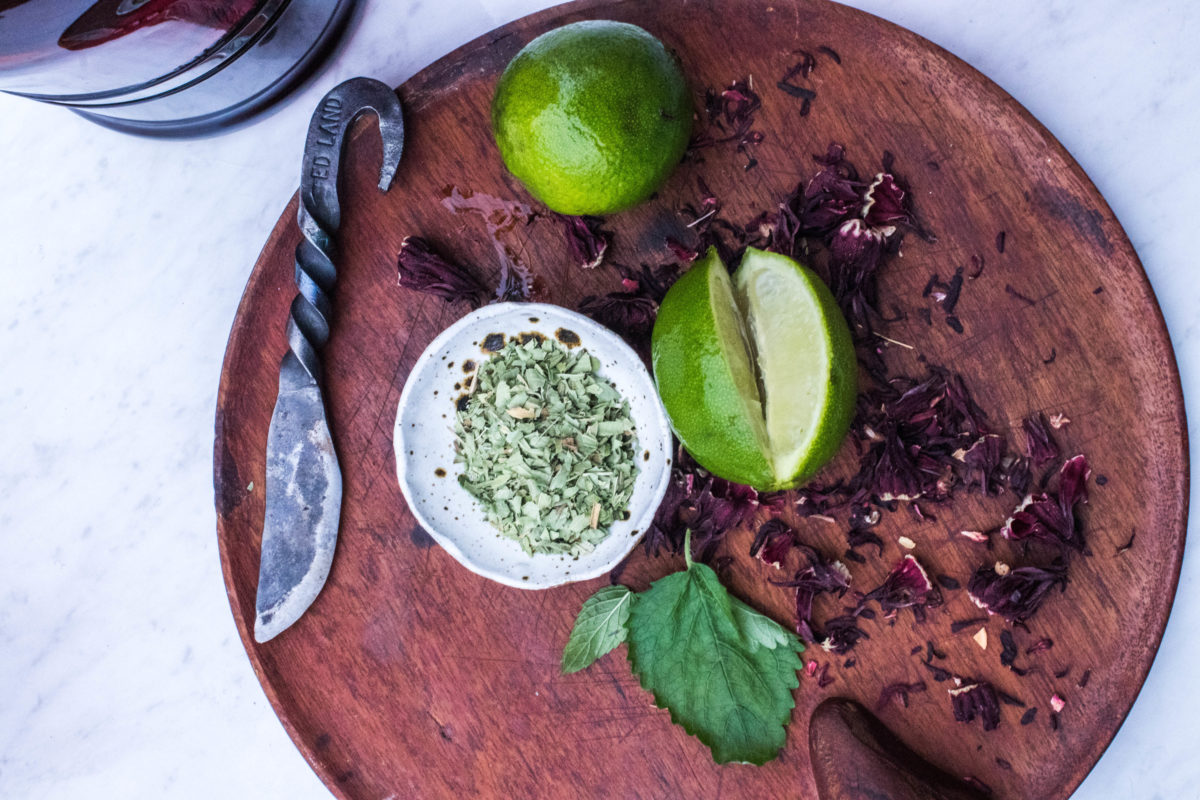 When beer was first created, it was known to be sacred. The alcohol content was sometimes extremely high, oftentimes psychotropic, and contained many herbs (Buhner, 1998). Our ancestors used these fermented beverages in sacred ceremonies to communicate with their ancestors and to address physical, mental, and spiritual needs (McGovern, 2018). They would often reach altered states of consciousness in a safe space with guidance to work out their inner demons and to shapeshift into a more consciously elevated part of themselves and remove or prevent the hardening of their minds (McGovern, 2018).

Our ancestors believed that everything was alive and interconnected — from the rocks, plants, and trees to the yeasts that fermented these sacred ales. To them, ingesting these brews was as if they were ingesting the sacred essence from which is the divine (Buhner, 1998).

I personally think this is such a beautiful way of working with ancient drinks such as herbal beer. I resonate with this way of thinking so much more than simply associating beer with the dive bars of modern times or college frat parties. The difference is in the level of respect and reverence for something sacred that, over centuries, has in many ways become just a drink to get drunk on, or many times, has a negative connotation to it. I get why. I have seen people I love become slaves to alcohol, and it’s ugly. I can’t help but wonder if our culture had the same reverence for beer today, would we have as much excess with it in the world? I guess that’s a question we can’t really answer, but it is one I have pondering. So different from today, our ancient ancestors believed that if proper respect and ceremony were not honored, the beer would not ferment, or at worst, it would cause illness (McGovern, 2018).

The Art of Making Herbal Beer 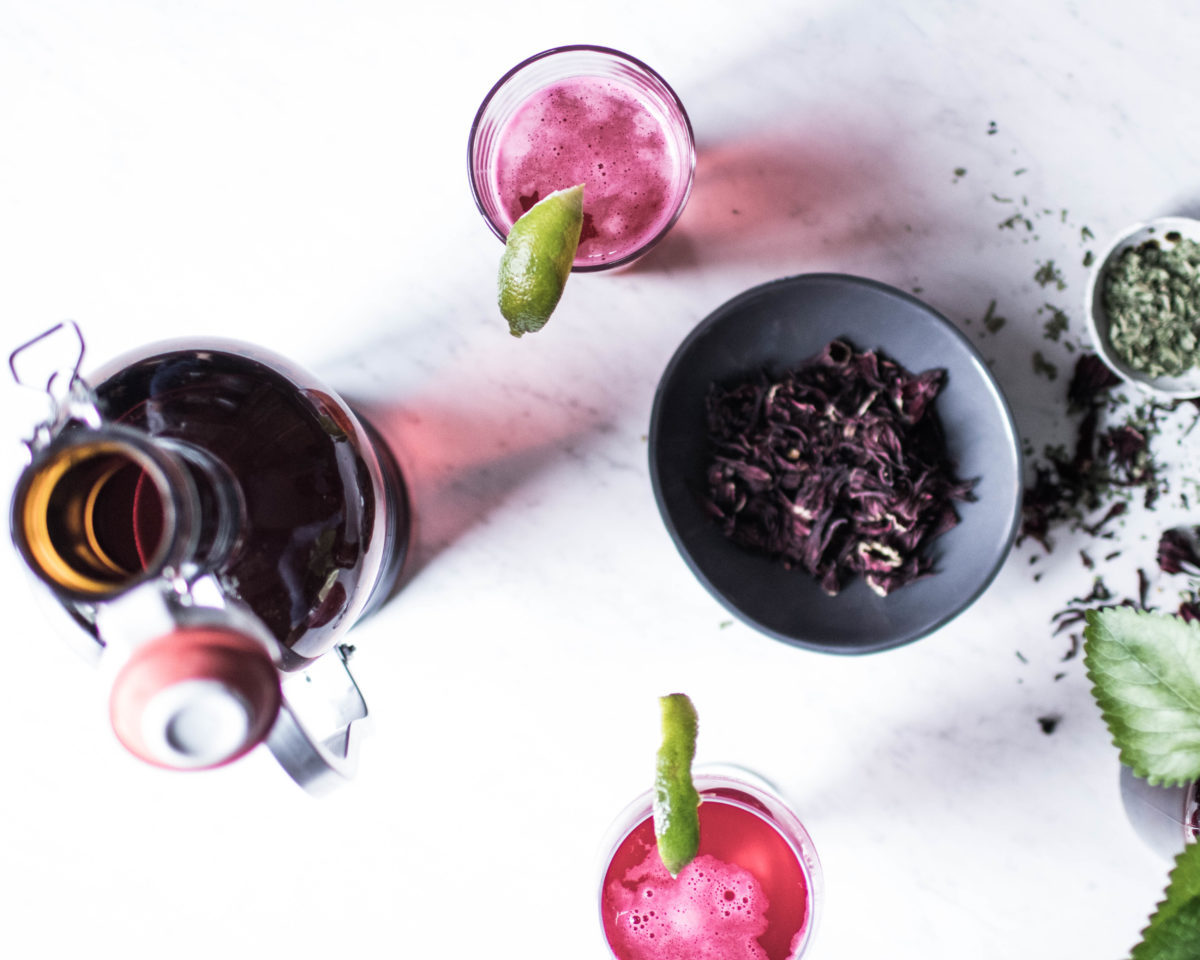 When making herbal beer, ancient people didn’t have yeasts in packets they could buy at a store as we do. Instead, they collected wild yeasts by setting out a sweet offering for yeasts to come feast on. These wild yeasts were less controlled and tended to be more potent, much like all wild things. Our ancestors created a ceremony to prevent these wild yeasts from spoiling the brew. I can’t help but believe that anytime you put that much intention into something, you are so much more likely to have a desirable outcome. These wild yeasts were protected and preserved in families as if they were a member of the family. So beloved, these wild yeasts were shared with a newly married couple so they could create their own strain to be passed down through their family. You can learn more about how to collect wild yeasts here.

Today, craft breweries are everywhere, and making beer is appreciated as a true artisan craft again. Aside from the actual enjoyment of drinking beer, the pure bliss that comes from creating and brewing your own beer is magical. When I’m in the kitchen making it, I feel like I’m tapping into something ancient and sacred. As an herbalist, I find that brewing with beneficial plants brings closer a powerful connection to something big and ancient. Bringing the ancient art of beer making, a perfected science through years of trial and error, along with the creativity of mixing flavors and botanicals, is so much fun! 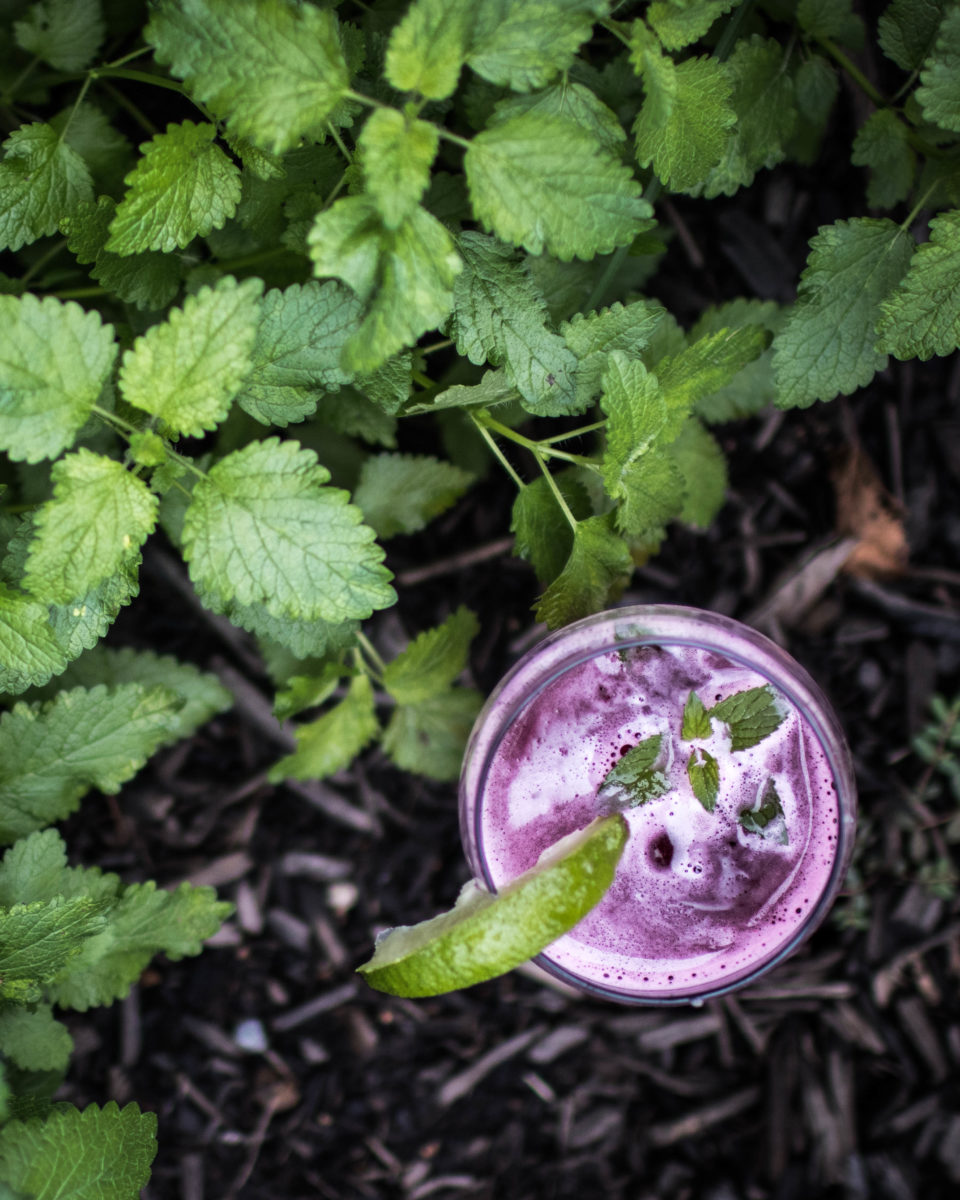 The joy of making beer doesn’t just stop at bottling. The exhilaration that comes from sharing your creation with family and friends is fun, and it fills the room with a vibe that is created by connecting through this ancient beverage. Drinking an herbal homebrew with your homies is powerful and sharing in this communal event is a sacred ceremony. Everyone is a bit lighter, happier, more open, joyful, and relaxed.

Anytime my husband or I have created this ancient fermented drink and have friends over to share it, it is a beautiful time. Many times, our friends may not all know each other when they first arrive, but between the food, the homebrew, and the overall vibe/ambiance, a community comes together — everyone leaves as friends. It is quite magical! It may start somewhat quiet, but an hour or so later, conversations are buzzing around the room, people are laughing together, a fire gets lit, and instruments come out. Dancing, laughter, singing, and continued conversation fill the air. It’s a beautiful evolution of the evening, and friendships are made or are deepened. A community is created! 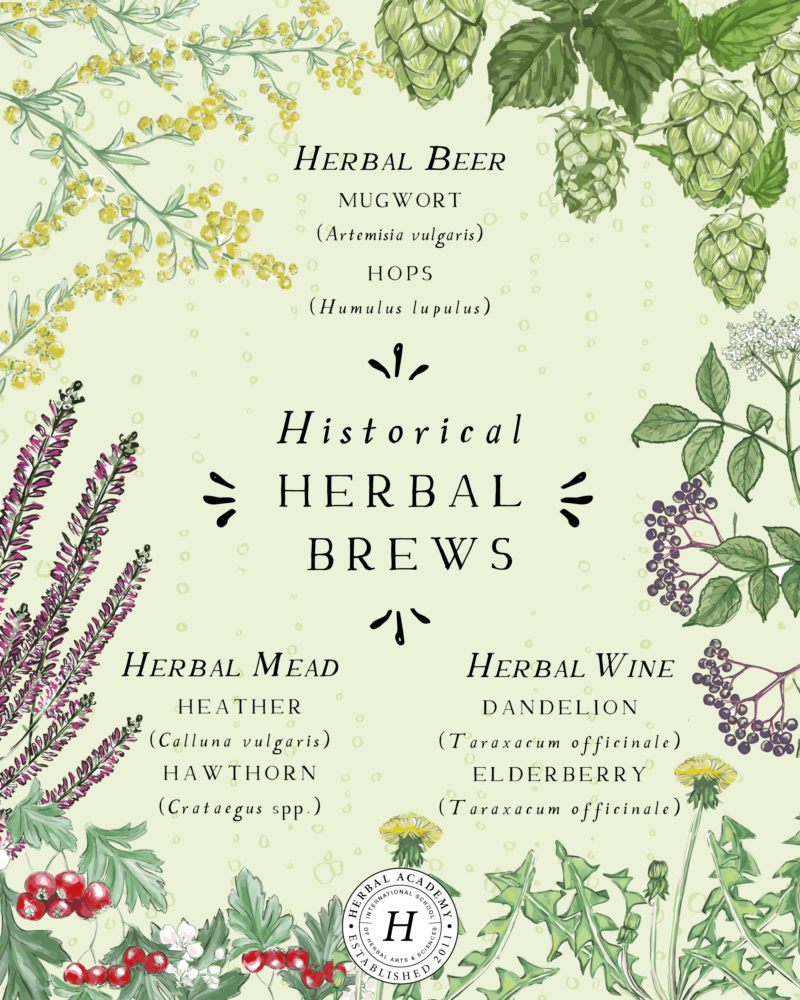 Learn The Art of Herbal Fermentation for Yourself

If you’re curious, and I’ve peaked your interest to learn more, check out the Herbal Academy’s The Craft of Herbal Fermentation Course here. There are also a couple of books that I have really enjoyed on the topic of ancient and herbal beer such as Ancient Brews by Patrick McGovern and Sacred and Herbal Healing Beers by Stephen Harrod Buhner.

Make Your Own DIY Herbal Beer 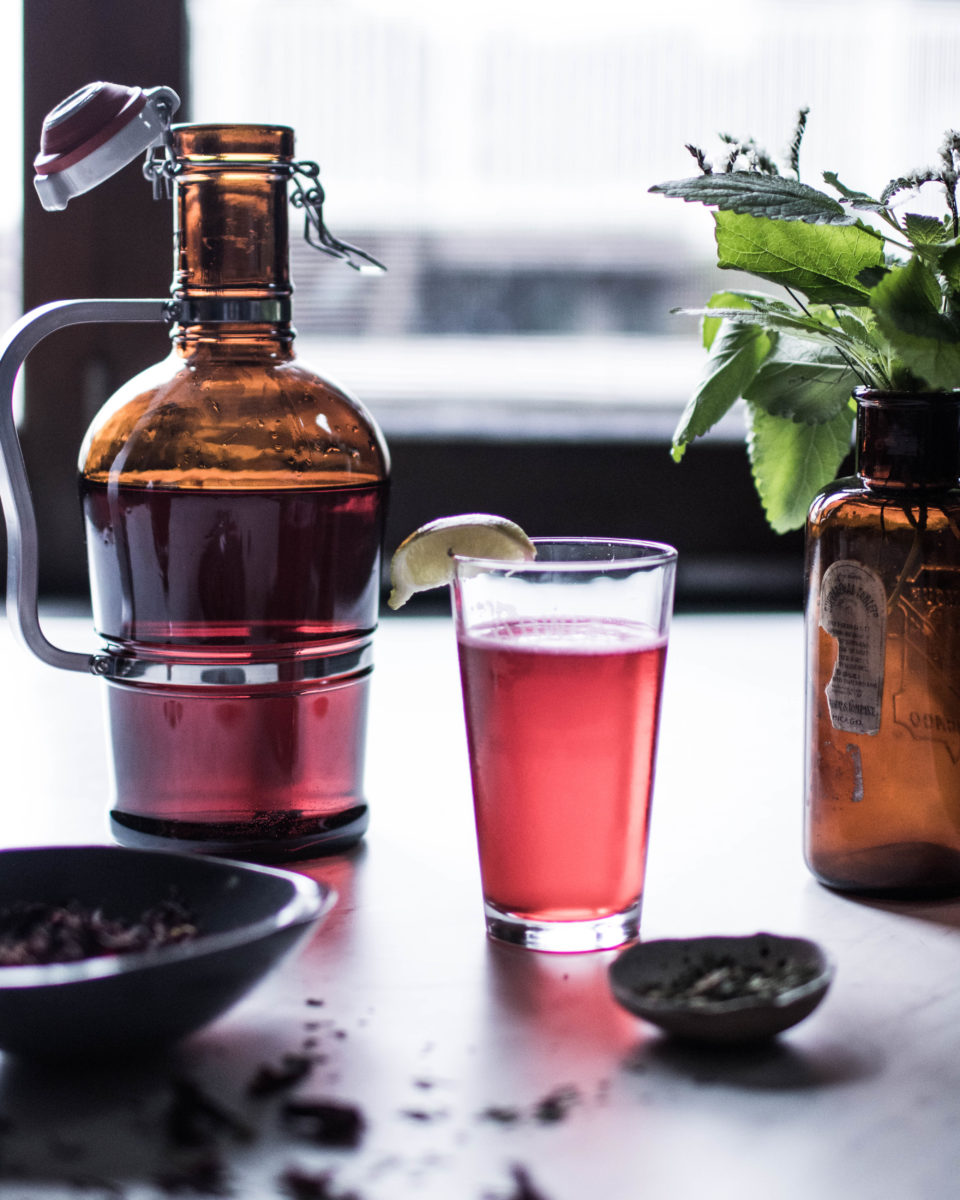 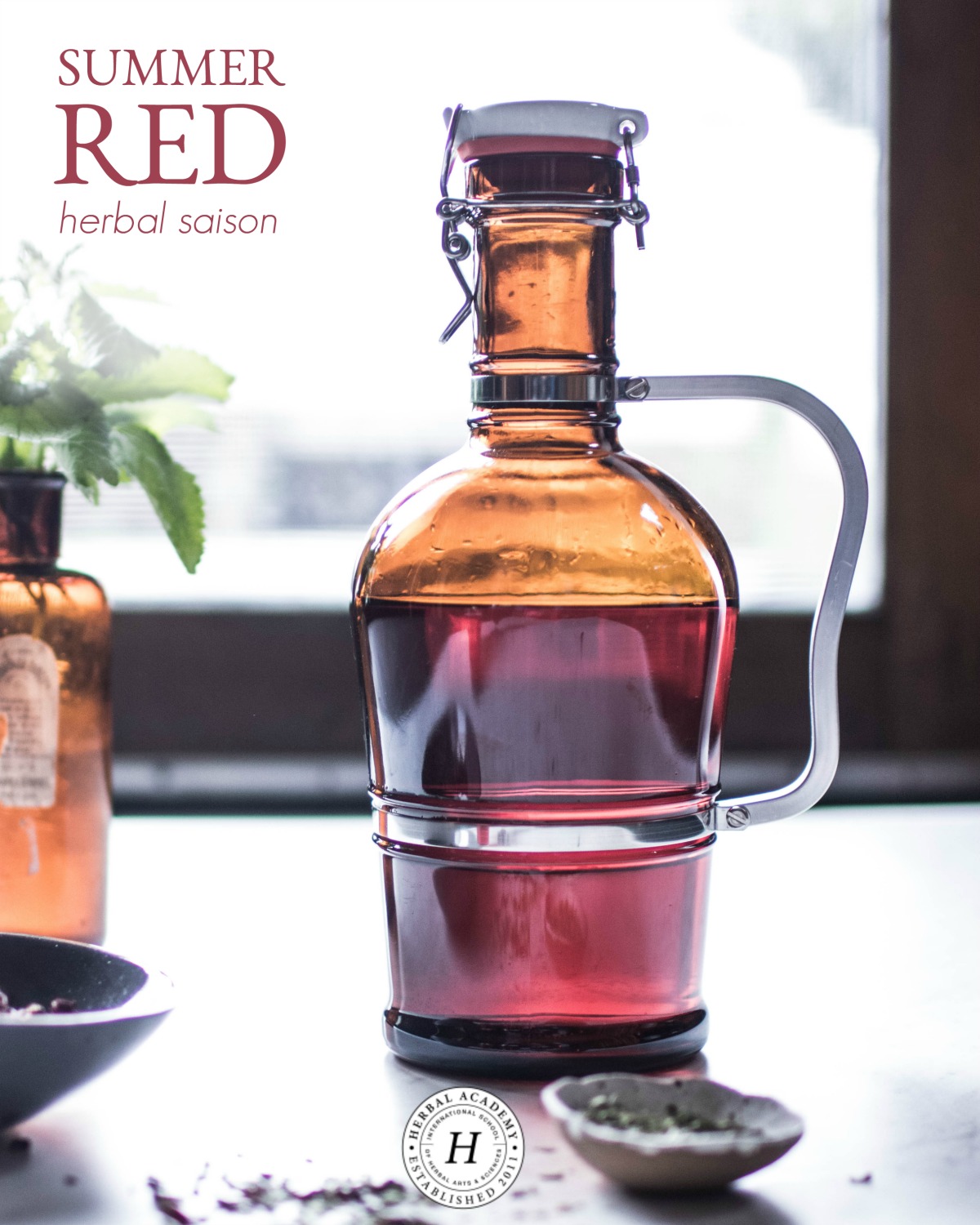 I’ve included a recipe below for a lightly sour, refreshing brew. It’s the one that opened me up to actually enjoy the different tastes that you can enjoy in beer. I hope you enjoy it! 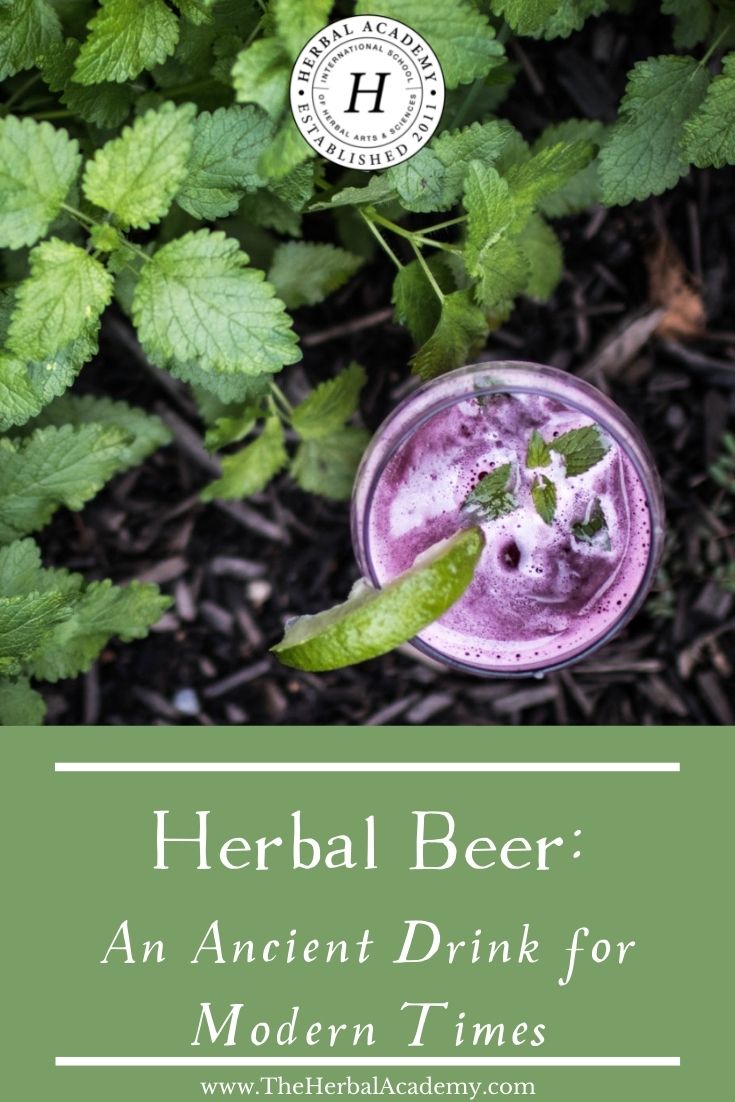 FreeDom Danielle Flowers is a holistic health practitioner, clinical herbalist, and owner of an herbal product based business, Mama Flowers. She teaches herbal workshops at her wellness studio and offers online herbal courses. FreeDom offers some of her recipes and herbal education on her blog and social media. You can follow her on Instagram or connect with her via her website.