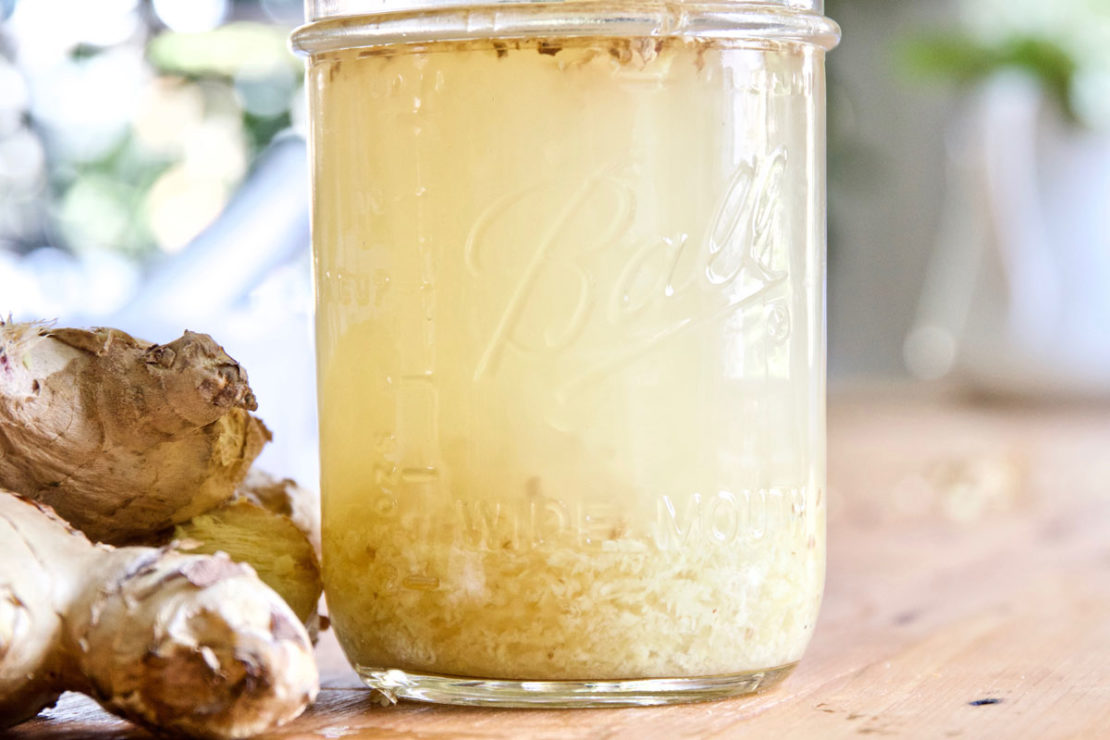 Have you ever heard of ginger juice? If not, listen up because we want to tell you about an herb that we turn to early on when cold and flu season shows up in our homes.

In this article, we’re going to share a bit of information about the ginger rhizome and how it can have a very potent antiviral effect on the body when used at the first sign of a viral illness, allowing one to recover more quickly or to avoid getting as sick in the first place. We’ll also share a couple of ways you can use ginger when those first symptoms show up, including how to make a DIY ginger juice tea!

Ginger (Zingiber officinale) rhizome is an herb that can be found in most every grocery store.

Ginger eases pain and inflammation, soothes nausea as well as gas and cramps in the digestive tract, stimulates the appetite and bile secretion in the liver, stimulates the circulatory system and promotes sweating, loosens trapped mucus in the lungs, and is antimicrobial.

While ginger is clearly an herb with many uses, its antimicrobial activity, ability to thin mucus, and diaphoretic action are the actions that help the body progress in resolution of a cold or the flu. 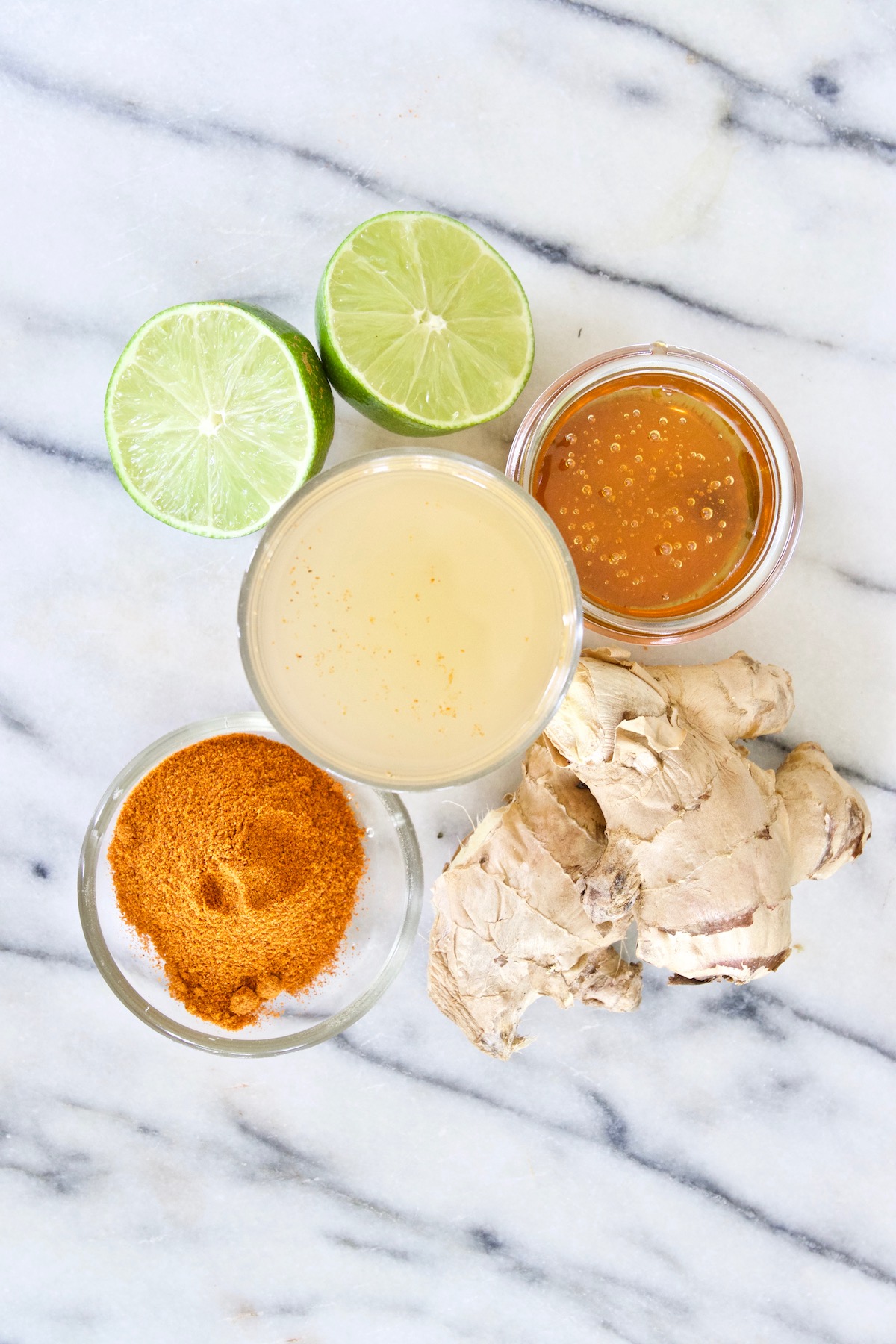 Ginger’s volatile oils stimulate the immune system to fight both bacterial and viral infections (McIntyre, 1996). It is an all-around warming immune stimulant that is delicious and useful in beverages for cold and flu. Many herbalists use it at the first signs of viral infection and find that it can abort the onset of upper respiratory infections (Holmes, 1997). Ginger’s antiviral actions include stimulating macrophage activity, preventing viruses from attaching to cell walls, and acting as a virucide (Buhner, 2013). Ginger is traditionally used fresh, as the antimicrobial action is most effective in the fresh rhizome.

Fresh-pressed ginger juice diluted in water or a tea made with fresh ginger is ideal for this use. In fact, Herbalist Stephen Buhner (2013) states, “If you are using ginger as an antiviral, the fresh juice cannot be surpassed in its effectiveness” (p. 168).

While using fresh ginger juice tea is an excellent way to obtain the potent antiviral properties of this herb, for those who don’t have a juicer or can’t juice that much ginger, there is another great option for you—fresh ginger infusion.

Below, we’re sharing our recipe for making freshly squeezed ginger juice tea or a fresh ginger infusion. Whichever option is most doable for you, we would encourage you to give this preparation a try the next time those pesky cold and flu symptoms show up in your home.

Fresh ginger juice tea is a potent antiviral and is often one of the first herbs we turn to when a viral infection seems imminent. The chopped or grated rhizome can also be used if juicing isn’t possible.

Be Prepared for Cold & Flu Season! 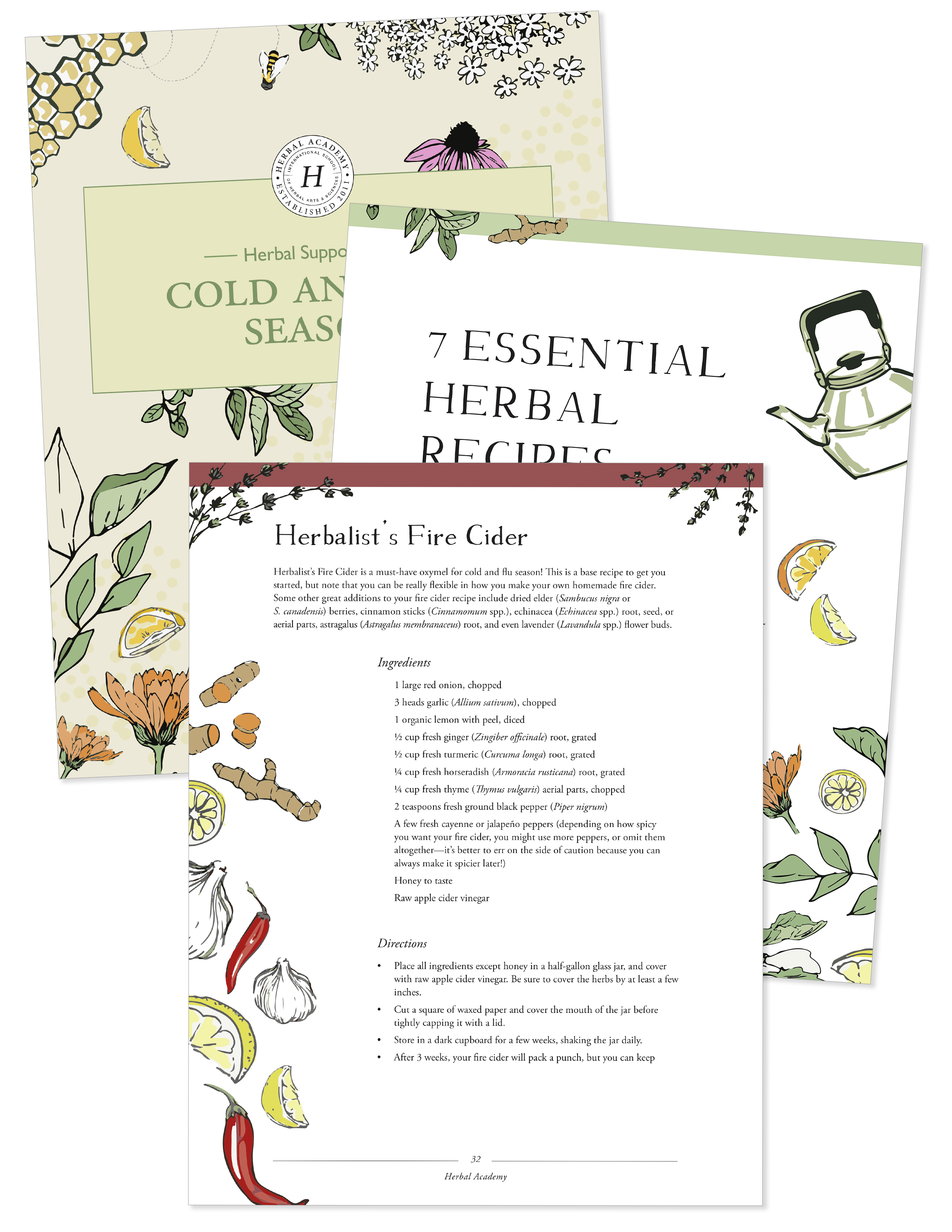 Learn even more about using herbs to support the body this season with our FREE ebook, Herbal Support for Cold & Flu Season!

Not only will you learn about healthy lifestyle changes that can help keep colds and the flu at bay, but you’ll also learn about 6 must-have herbal allies for the season as well. We’ll also share 7 of our favorite cold and flu season herbal recipes—many that use the aforementioned herbal allies. These recipes can help stimulate your immune system, support your body to recovery from viral illnesses quickly, ease spasm-like coughs, and cool hot bodies when fevers are present.

Get your free ebook and prepare for cold and flu season right here!