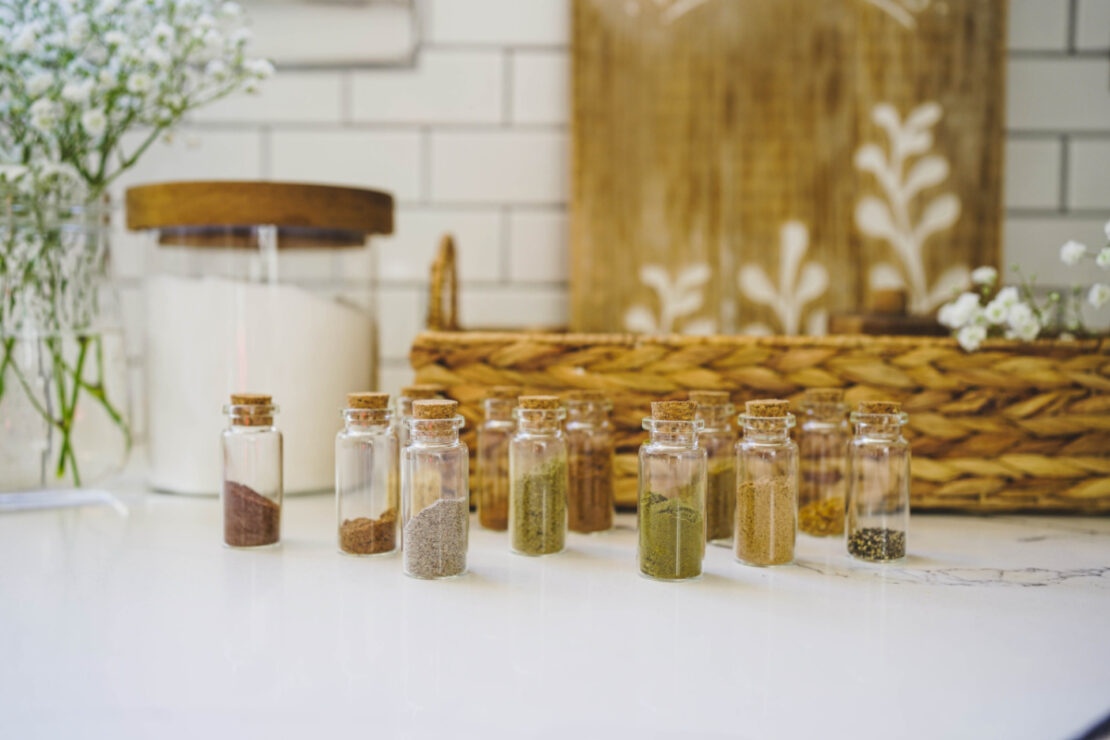 With summer around the corner, some of us are thrilled by warmer temperatures and the prospect of stone fruits, berries, smoothies, and salads. However, those who run warm, e.g. pitta types, may need to take caution to tame the internal fires as external temperatures climb. This means keeping the body temperature, emotional thermometer, and digestive fire reasonably chilled out. As I described in my post on agni, managing digestion is all about balance. You want to keep your digestive fire burning just right, not too hot and not too cool. If your digestive fire runs on the hot or acidic side, avipattikar churna may become your new herbal best friend!

Avipattikar churna is a fairly complex classical ayurvedic formula that is used for heartburn, hyperacidity, constipation with signs of heat, irritable bowel syndrome, and gastritis (Dass, 2013; Pole, 2013). In general, it is indicated for pitta-type digestive imbalances, which usually come with signs of excess heat. This formula also helps to normalize the apana vayu (the downward moving energy that governs down-and-out functions such as bowel movements and menstruation). Signs of disrupted apana vayu include vomiting, belching, and acid reflux. 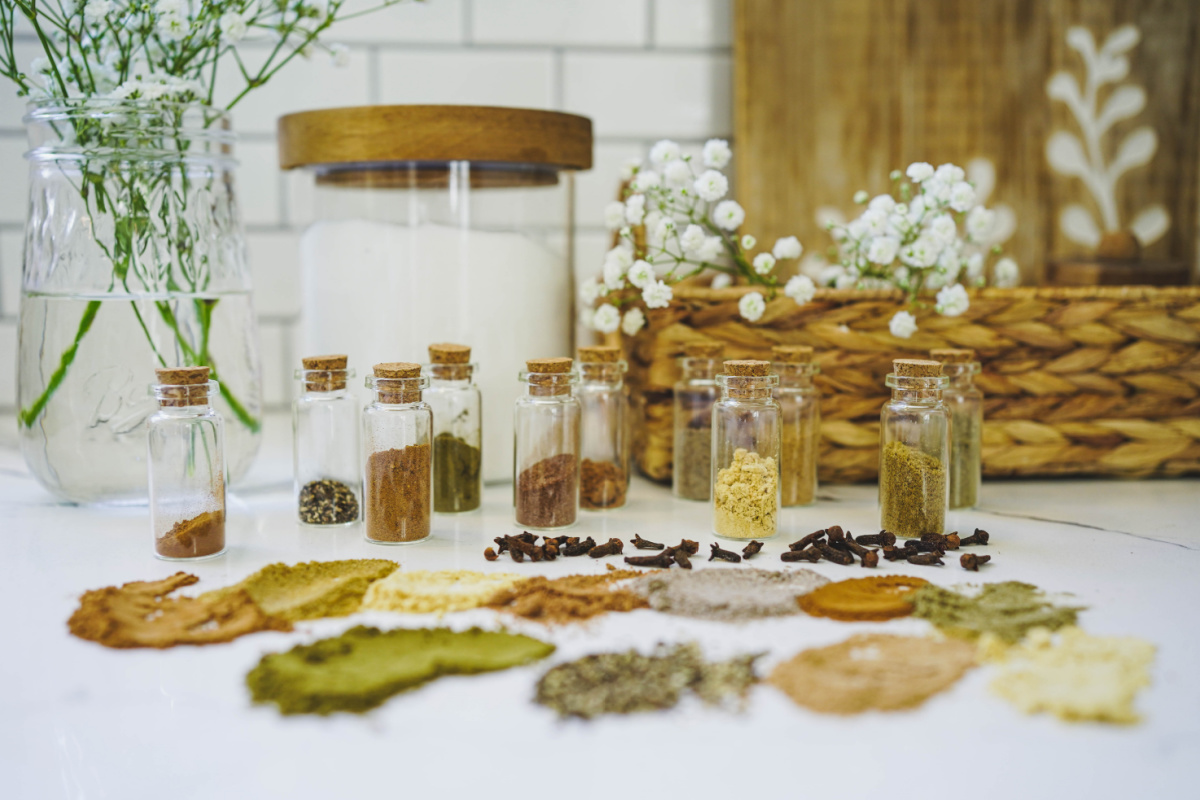 Classical ayurvedic formulas are interesting in that although you will see consistency in the ingredients from one recipe or product maker to the next, if you hunt around, you will also find slight discrepancies. For instance, I have seen some avipattikar churna formulas that include one part salt in addition to the ingredients listed in this post, though, more often than not, salt is not included. Also, you will see differences in the ratio of certain ingredients from one resource to the next. With avipattikar churna, you may see a range of possibilities for the ratios of clove, trivrut, and sugar. However, as with any classical formula, the ingredients are always pretty much the same; the formula below reflects the ratios given by Sebastian Pole (2013).

Another thing to note is, don’t get thrown off by herb names! This can get confusing, especially with ayurvedic herbs. Sometimes herbs are listed by their common English name, sometimes in Sanskrit, and other times the Latin binomial will be provided. This is where shopping for ayurvedic herbs in India gets really confusing! Even avipattikar churna may also be called avipattikara churna. I have done my best here to offer the name(s) most commonly used in addition to the Latin binomial for each herb. Names aside, let’s dig into avipattikar churna and see what’s inside! Also, attaining all of these ingredients can be tricky and may not be the best use of one’s time or resources. You can purchase avipattikar churna premade from many ayurvedic product suppliers. 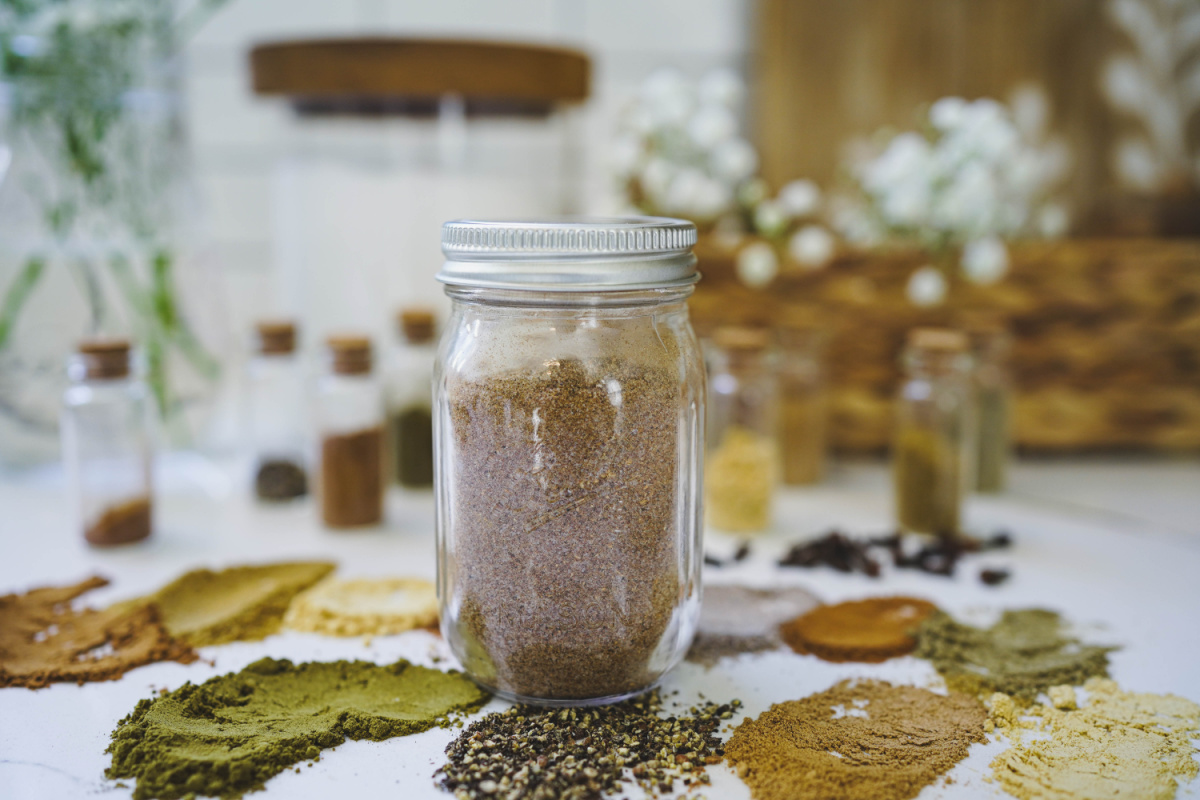 Avipattikar churna is a fairly complex classical ayurvedic formula that is used for heartburn, hyperacidity, constipation with signs of heat, irritable bowel syndrome, and gastritis.

Since this formula contains a number of ingredients, many of which have been described in other posts, I am not going to elaborate on every ingredient. Instead, I am shining the spotlight on a handful of ingredients contained within avipattikar churna. For those who read my post, Triphala: Time-Honored Digestive Support For All Types, you will notice that triphala is contained within avipattikar churna, triphala being a combination of the three fruits haritaki (Terminalia chebula), bibhitaki (Terminalia belerica), and amalaki (Emblica officinalis). I discuss long pepper in my post on sitopaladi churna, and reference trikatu–made of ginger (Zingiber officinale), black pepper (Piper nigrum), and long pepper (Piper longum) in my post Ayurvedic Guide to Building Digestive Power.

That said, let’s dig into some of the lesser-known ingredients in avipattikar churna, as well as a couple of ingredients that I have not discussed at length in other posts.

Musta, also called mustaka or nutgrass, has a pungent, bitter, and astringent taste, a cool energy, and an overall purifying effect (Dass, 2013). Its cool energy and bitter and astringent taste make it especially good for clearing pitta-type issues in the gastrointestinal and ovo-uterine tracts. Musta can be combined with other cool, astringent herbs such as red raspberry (Rubus idaeus) leaf to address excess menstrual bleeding. It is also useful for calming excess heat and clearing out pitta-type ama (metabolic wastes) in the gastrointestinal tract, particularly the small intestine, which is the home site for pitta dosha (Dass, 2013). In addition, musta is often included in ayurvedic formulas for clearing Candida overgrowth. As ayurvedic practitioner and author Sebastian Pole (2013) aptly summarizes, “When considering using mustaka think of its aromatic, drying, antispasmodic qualities for gynaecology and digestion” (p. 228).

Vidanga has a pungent and bitter taste, a hot energy, and an overall purifying effect (Pole, 2013). The insightful herbalist might note that though this particular herb is heating, avipattikar churna has an overall cooling, pitta-pacifying effect. This is fairly common with ayurvedic cooking and herbal formulation. One has to look at the overall profile of the formula to determine its energetics, knowing that each ingredient serves a purpose and that sometimes an herb or spice with opposing energetics can have a balancing effect on the formula or dish as a whole.

This purifying herb may be taken as an infusion, decoction, or paste. It is indicated for constipation, worms, parasites, yeast infections, Candida overgrowth, and abdominal distention, and may be used as an alterative to clear the blood and lymph (Dass, 2013; Pole, 2013). Vidanga can be used externally as a paste or oil for itchy skin and fungal skin infections (Pole, 2013). 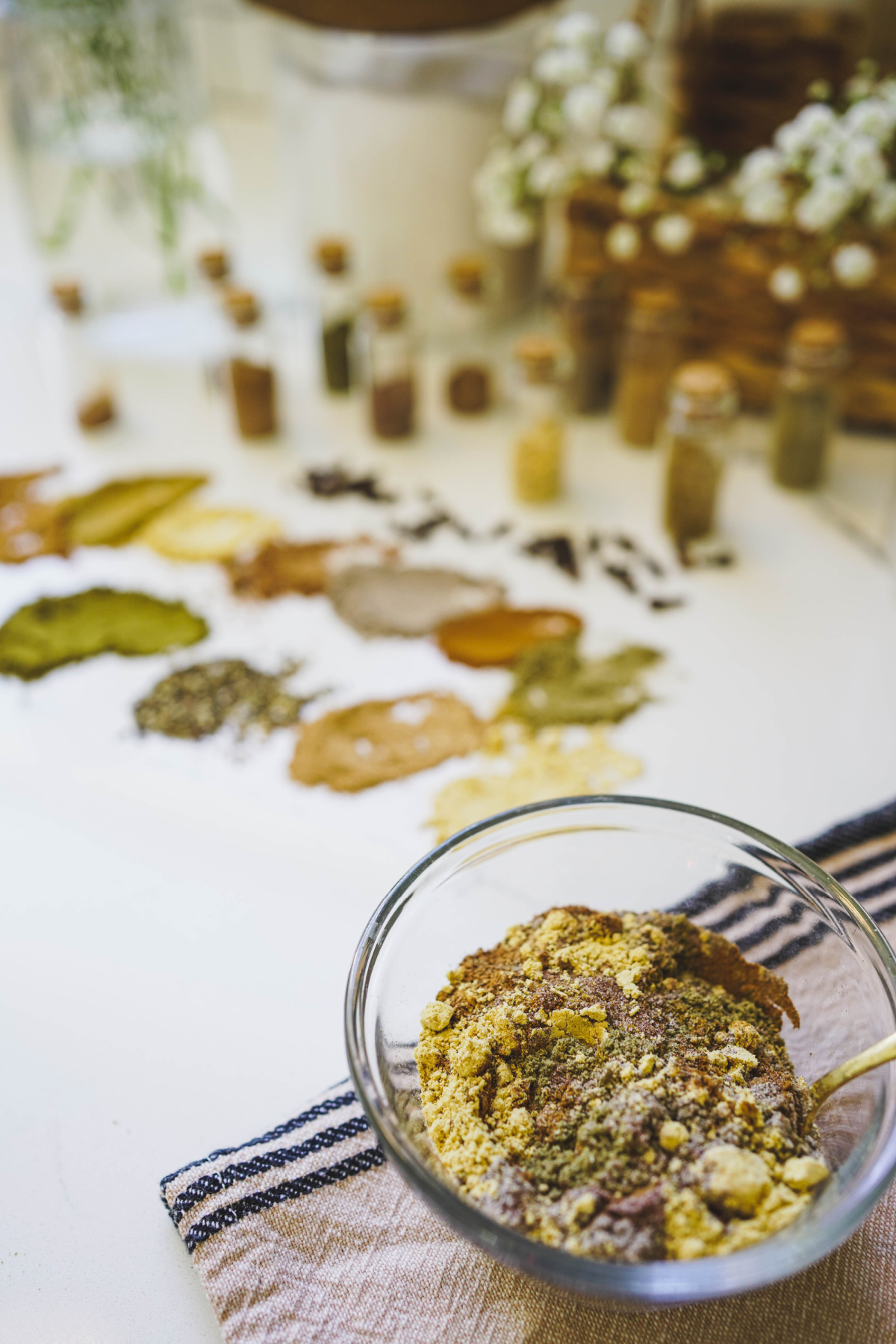 This herb goes by many names. In addition to the titles listed above, Indian cassia leaf may also be called tamalpatra, patra, and palash. The tree is in the Lauraceae family, hence “Indian bay leaf”, and grows at the foothills of the Himalayas. The leaves are used as an appetizer to stimulate sluggish digestion or loss of appetite, as well as for indigestion, gas, and diarrhea (Gogte, 2000).

Indian cassia leaf has applications for the ovo-uterine system as well, but its benefits for the digestive tract are likely the reason for its inclusion in avipattikar churna.

Trivrut is a creeping plant with a twisted vine that grows throughout India. It has a pungent, bitter, sweet, and astringent taste, a hot energy, and an overall purifying effect. Its light, dry, penetrating qualities make it reducing (pacifying) for pitta and kapha doshas, but aggravating (increasing) for vata dosha (Pole, 2013).

This purifying root helps clear deep-seated ama (metabolic waste) from the bowels, and through its clearing actions can be useful for inflammation, swelling, gout, rheumatoid arthritis, and other deep-seated inflammatory conditions (Pole, 2013). In terms of its effect on the digestive tract, trivrut is indicated for “a soft bowel that has become constipated” (Pole, 2013, p. 279). Loose stools are generally associated with pitta dosha, though there may be other causes as well. The reference to a “soft bowel that has become constipated” likely means someone who typically has loose or frequent stools and then experiences constipation.

Cardamom, with its wonderful aromatic qualities and bright, delightful taste is a key spice for pitta dosha as it gently stokes the digestive fire without overheating pitta dosha. This tasty spice is considered sattvic, meaning it has a clarifying, purifying effect (Dass, 2013). As Frawley & Lad (2001) describe, “It stimulates the mind and gives clarity and joy” (p. 109).

A staple ingredient in masala chai and many Indian sweets, cardamom helps stimulate digestion of heavy foods and dairy. It is indicated for a variety of respiratory and digestive complaints, including poor nutrient absorption, general indigestion, low appetite, bad breath, and belching (Dass, 2013; Frawley & Lad, 2001).

Clove is a key ingredient in avipattikar churna. The classical formula calls for approximately 11 parts clove, as opposed to the one part required of most of the other ingredients. Clove oil is famously used to soothe toothaches. However, this potent spice is also indicated for indigestion, vomiting, hiccups, and as a carminative (Dass, 2013; Frawley & Lad, 2001). It is also helpful for coughs, colds, asthma, and low blood pressure (Frawley & Lad, 2001). Though clove has many usages, its ability to regulate digestion and thus stimulate the proper flow of apana vayu is likely what makes it a star player in avipattikar churna. 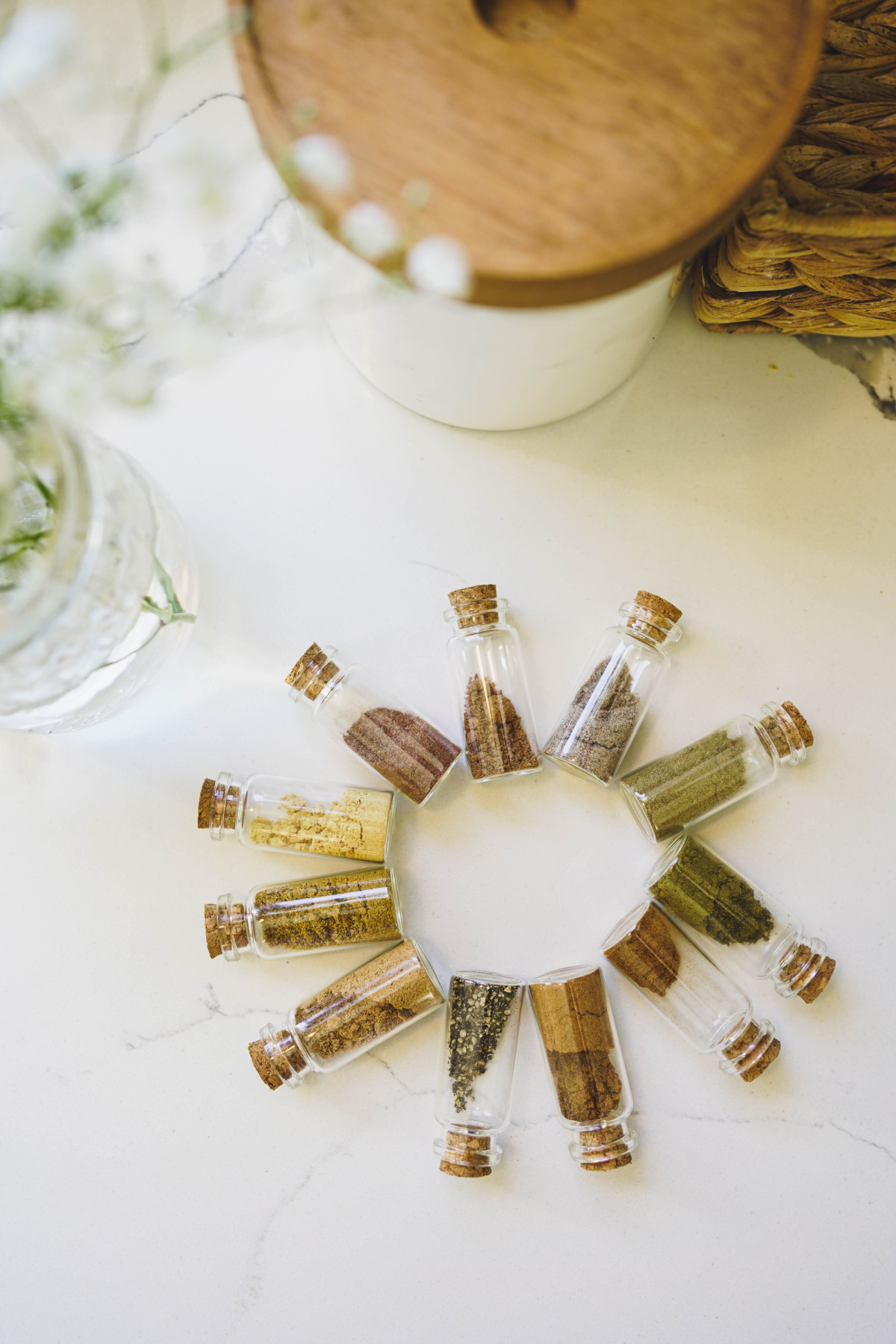 Energetics and Usages for Avipattikar Churna

When you combine all of the above ingredients you end up with a tasty (yes, tasty!) powdered formula that may be used for a variety of digestive imbalances, particularly those due to excess pitta dosha. The energetic profile of avipattikar churna is as follows:

Usages: Avipattikar churna is perfect for pitta-type digestive issues: gastritis, heartburn, and any burning or hyperacidity in the upper digestive tract. It pacifies pitta in the gut and serves as an antacid and cholagogue (Dass, 2013; Pole, 2013). This formula is good for pitta-type constipation—that is, constipation with heat and thirst. It may also be used for nausea, hiccups, and belching, especially if the belching is accompanied by a taste in the mouth or signs of acidity (Pole, 2013).

On a personal note, my husband occasionally experiences an extremely uncomfortable spasm in the esophageal region, usually the result of consuming a food that he is sensitive or allergic to. Avipattikar churna is one of the few things that seems to calm these spasms. I credit this, in part, to the formula’s ability to gently guide the apana vayu downward in the proper direction, which normalizes the digestive process.

Safety: Due to the formula’s ability to assist the down-and-out energy, avoid during pregnancy (Pole, 2013) or in cases of loose stools or diarrhea.

Avipattikar churna, a classic ayurvedic herbal formula, is tasty and practical. If you or a loved one experiences any of the pitta-type digestive issues mentioned, this may be a wonderful formula to keep in stock. Though it does contain a number of ingredients that may be a bit hard to track down, remember, you can get avipattikar churna pre-made from many ayurvedic product suppliers. This could also be a nice formula to keep handy for feasts, holidays, or special occasions where the likelihood of minor digestive upset runs high.