In southwest England, in Somerset, sits the town of Glastonbury, a quaint historical town that has been inhabited since 7th millennium BCE (Glastonbury, n.d.). This area has always felt magical to many people as it’s thought by some to be the location of the magical island of Avalon from the famous King Arthur tale that stems from Geoffrey of Monmouth’s, The History of the Kings of Britain (Geoffrey of Monmouth, n.d.).

Glastonbury is home to the remains of the famous Glastonbury Abbey. Behind it lies an enchanted path that leads you through the apple orchard to the abbey gardens full of Arthurian herbs.

As you pass through the orchard and approach the gardens, you find yourself at the foot of the Tor.

This garden contains herbs that would be used during the time of King Arthur and Lady Guinevere, and you wonder if Morgan LeFey is watching you from behind an apple tree.

Here, the elder is notably missing from the garden. The “elder” was an important plant in old Briton, the “medicine chest” of the people, but it is fraught with pagan legends and not likely to be planted around a monastic apothecary garden full of Arthurian herbs.

The average temperature is around 50 degrees which allows for a large variety of plants and for the naturalization of the plants the Romans, the Saxons, and the Vikings brought with them when they conquered and settled in the area. The abbey’s herb garden contains 35 different herbs. These herbs would have been used by both the monks of the abbey and the early Britons in their everyday life as food, medicine, and dyes, most of which we still find in our similar gardens today.

When the Romans invaded England, with their legions came their hospitals. Typical of their doctors at the time, the apothecaries came with them; herbs were planted around those hospitals. When Rome fell, the Christian monks dug up many of the plants and placed them in their own monastic gardens. This put herbal “medicine” in the hands of the church. However, many plants became naturalized to the surrounding area.

Below are some of those I found in the Arthurian herb garden of Glastonbury, England. 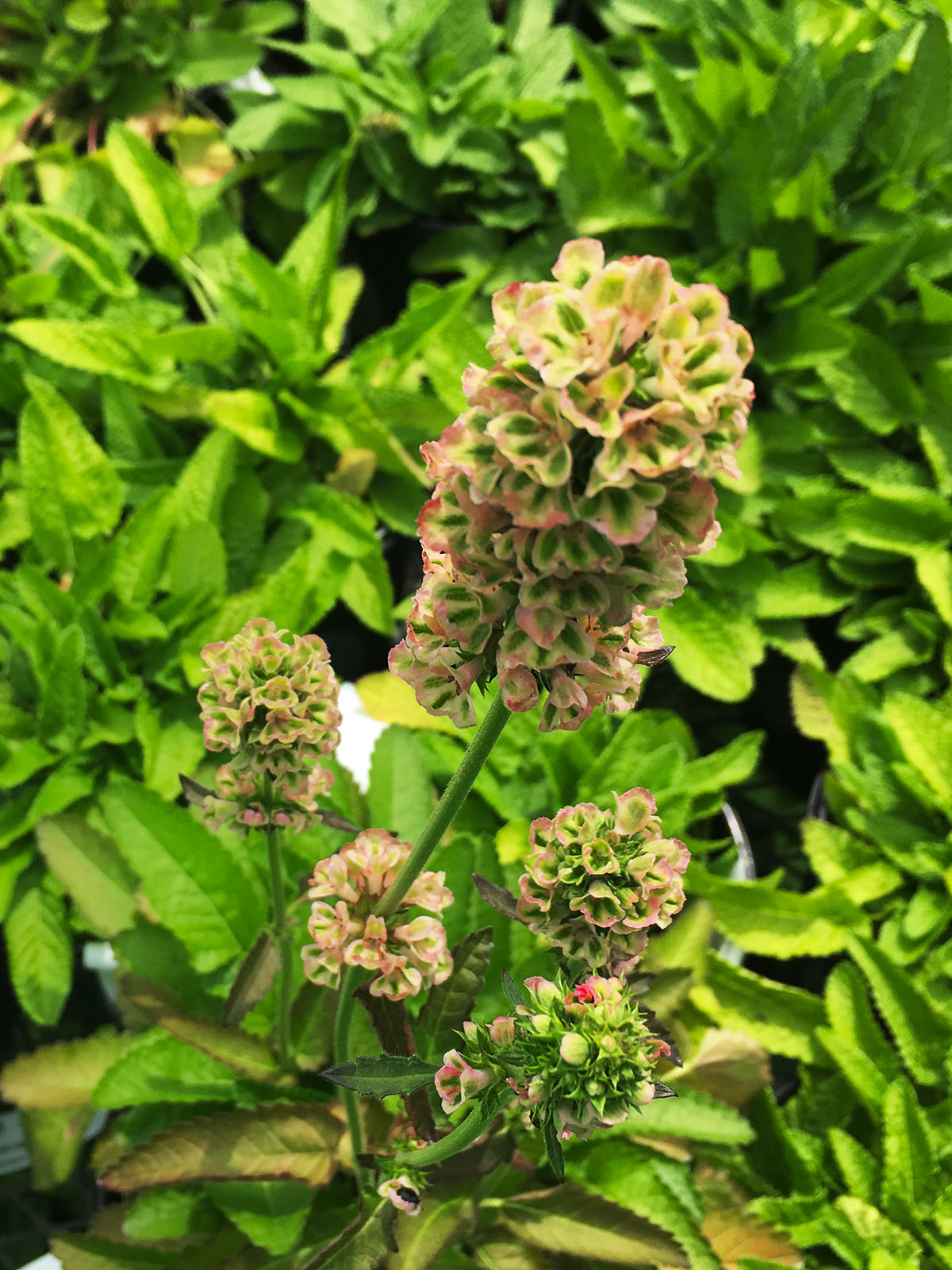 Brought to England, lavender quickly became a staple in gardens. Commonly used as a strewing herb, it was also used for cuts, burns, headaches, and insomnia. It was used minimally as a culinary herb in pottages, jellies, and vinegars, but usually in soaps, as a moth repellent among clothing and in perfumes for the gentry. (Strewing herbs were put on their dirt floors to add warmth, to help control bugs, and to help cover foul smells as the pleasant aromatics wafted upward when they were tread upon.)

Another herb of King Arthur’s England, which was brought with the Romans, was lady’s bedstraw. The Greek name, gala, means milk and refers to using the plant to curdle milk to make cheese. Its use was limited to nosebleeds and urinary problems and was an important dye plant. The roots of Galium verum would make a red dye and the flowers a yellow dye. It was also used to stuff mattresses.

Used then as it is now, to attract bees by rubbing it inside the hives, lemon balm was introduced to the Britons by the Romans. It became a staple in the hospital gardens and later in monastery apothecary gardens. Used as a flavoring but also as a traditional herb for the nervous system, gas, bile, colds, and flu. Lemon balm tea with honey was believed to aid longevity. Lemon balm was another perfume herb for the wealthy who had still rooms where plants were distilled and essential oils were extracted.

Yarrow grows most everywhere, so whether this was a transplanted herb is questionable. The Anglo-Saxon word, gearwe, was used for yarrow and means “holy herb.” Yarrow was used by the Druids (pagan pre-Christian priests) as a tool for divination. (Yarrow was also used by the ancient Chinese for the same purpose.) For any warring nation, yarrow was an important plant used to staunch bleeding from injuries sustained in battles. 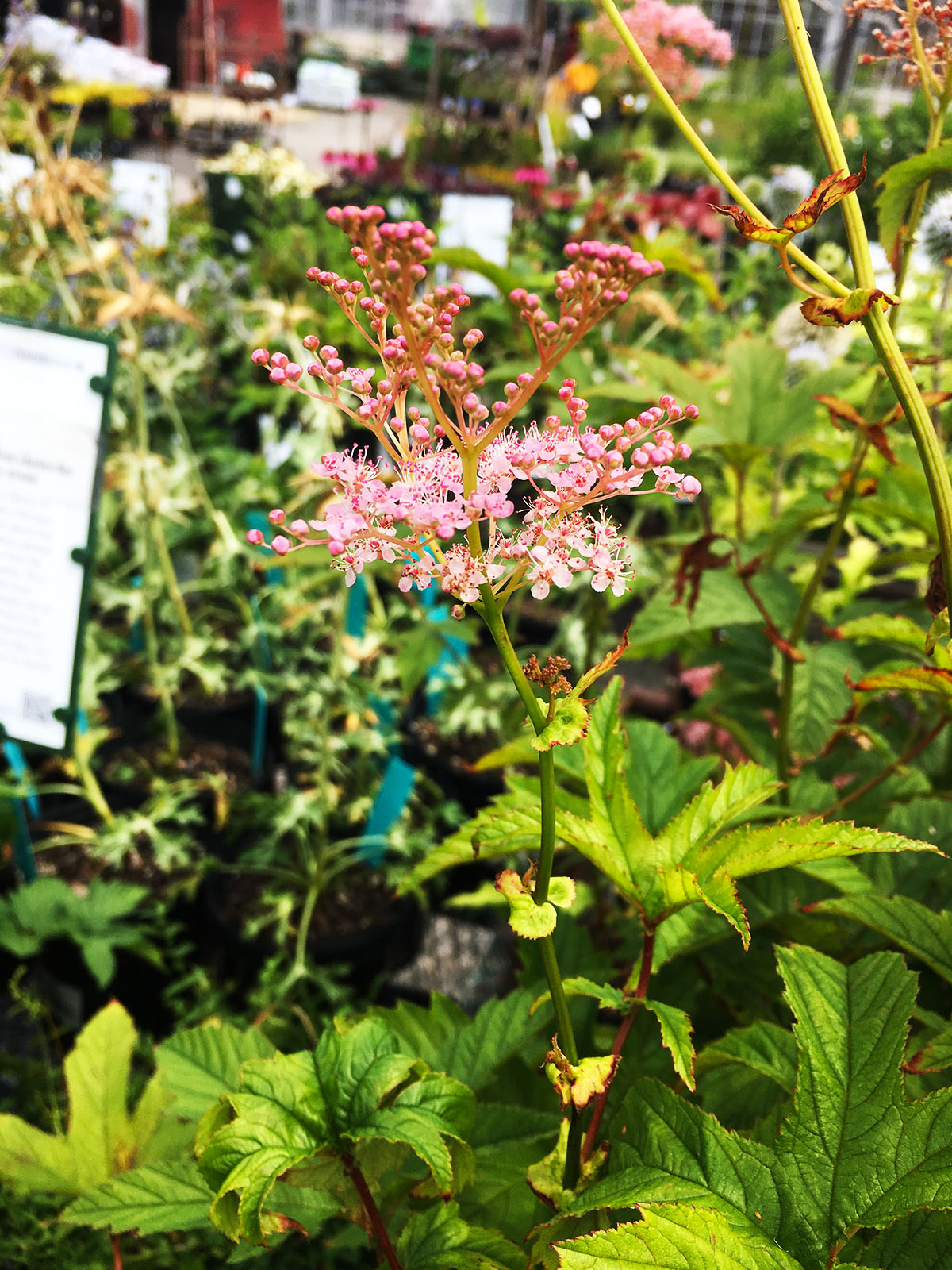 This is another plant sacred to the Druids. Since traces of the plant have been found in graves from the Bronze Age in the Glastonbury area, it is fairly certain it was indigenous to the UK. It was often referred to as “mead wort” since it was used to flavor mead and wine. A Welsh legend tells us that woman was created by wizards from the blossoms of the oak, broom plant, and meadowsweet. It was strewn in churches for weddings and used in the garlands of brides. It was believed to bring peace and harmony to a home if gathered on Midsummer. The therapeutic value of the plant (salicylic acid) must have been evident, since it was used for pain, inflamed eyes, sores, and ulcers. It was believed that if you placed the flowers in water after a robbery—if they sank the robber was a male, and if they floated, the robber was a female.

Lovage was a common monastery plant and was used as both a culinary and therapeutic plant. The plant has a celery like flavor, and the leaves were used in salads and pottages. A cordial was made from lovage, tansy, and yarrow, and it’s still made today. It was used for digestive complaints and urinary problems. The monks also fried the leaves in hog’s lard and placed them on boils to break them open. A lovage tea was used to wash wounds, and used internally for digestion. Various species of lovage were native throughout Europe, making this plant most likely indigenous. It was common to use the leaves as an herb, the root as a vegetable, and the seeds as a spice.

Another herb from King Arthur’s England, is vervain. The name is from the Celtic word, ferfane, which means to rid oneself or drive away a stone. Mothers would sew vervain in their children’s clothing to keep the fairies from stealing them and sprinkle it around their houses to keep out evil spirits. It was believed to have aphrodisiac properties and was used in love spells. Often called the “wizards herb,” it was another important plant to the Druid priests for prophecy and protection, and it was worn to keep away bad spirits. It was used for hysteria and depression, seizures, headaches, asthma, nervous coughing, and bladder complaints. This ancient plant was indigenous to central England.

Comfrey is native to Europe and Asia and was probably brought to England by Roman or Viking invaders. It was a widely grown herb in monastic herb gardens. It was believed that if a bride bathed in comfrey before her wedding, it would repair her hymen and restore her virginity.  Other uses of comfrey included tanning leather and softening wool and flax for spinning. Comfrey was commonly used for knitting broken bones and aiding the healing of wounds, sprains, and bruises.

Called “elfwort,” elecampane was held sacred by the ancient Celtic people. It was indigenous to Europe and the UK and was generally used as an aromatic tonic and a therapeutic plant. The roots were candied and used as lozenges for coughs and sore throats. It was also used topically for wounds, cuts, and itchy skin. As a poultice, it helped with skin problems on horses and was often referred to as “horse heal.” 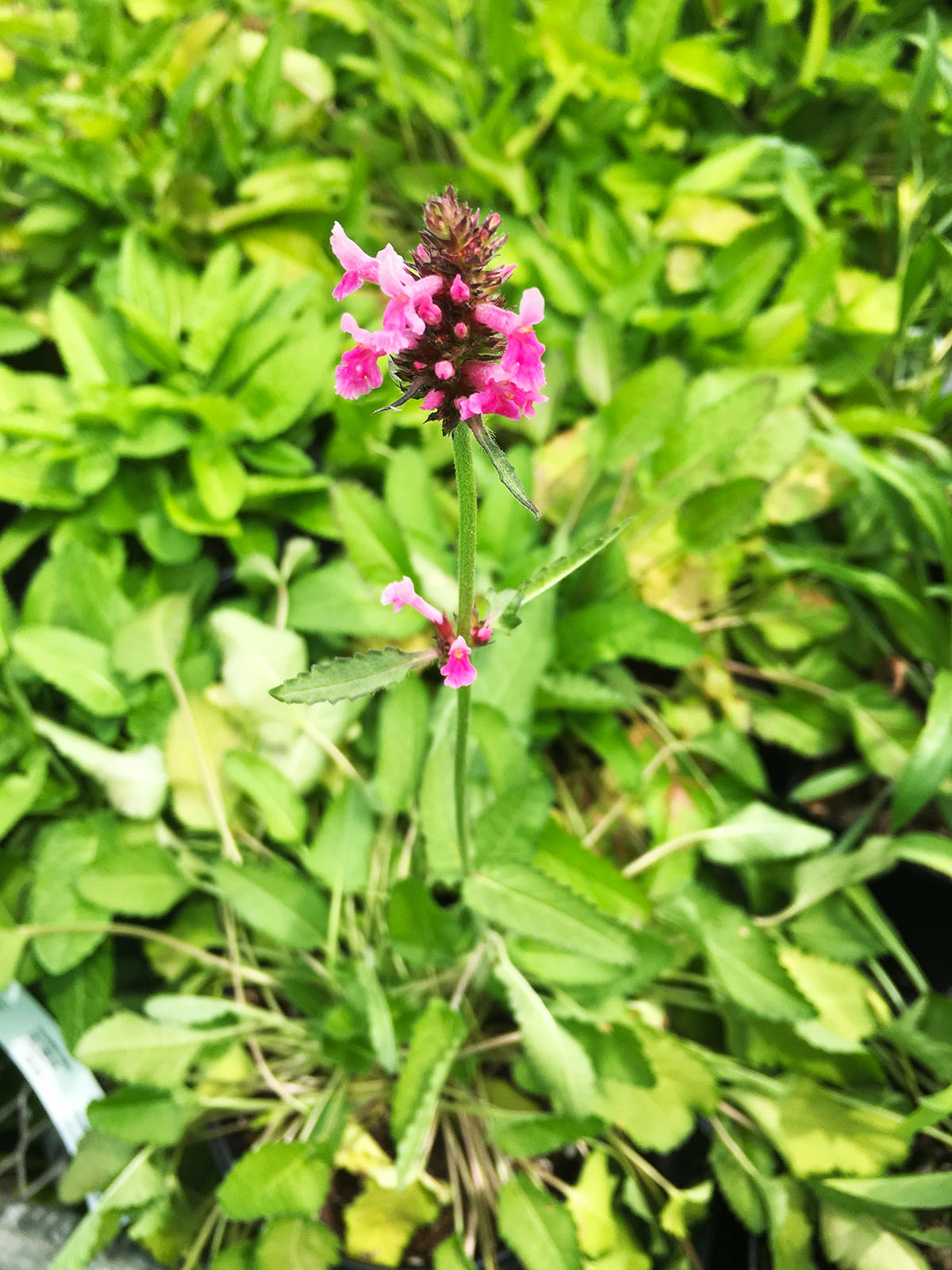 Betony is yet another herb of King Arthur’s England. The name is thought to come from the Celtic words, bew, meaning head, and ton,meaning good), and it was understandably used for head colds.  It was also used for gout, arthritis, wounds, and boils. Widely grown around churches and monasteries for protection against witchcraft, sorcery, and nocturnal visions, dreams, and apparitions! The fresh leaves yielded a yellow dye that was used to color butter and cheese.

Woad was an important blue dye plant of the Celts. When Caesar invaded the Isle, he found the native Britons stained in blue dye quite imposing. (If you watched the movie Brave Heart, you get the idea.) Woad was cultivated for this purpose. The Britons believed woad would staunch bleeding, therefore, before battles, they would paint themselves blue to prevent bleeding!

The garden at the ruins of the cathedral/monastery in Glastonbury, England had far more Arthurian herbs than I’ve listed, but these will give you the general idea about the herbs of King Arthur’s England as well as an idea of how they were used in that time period.